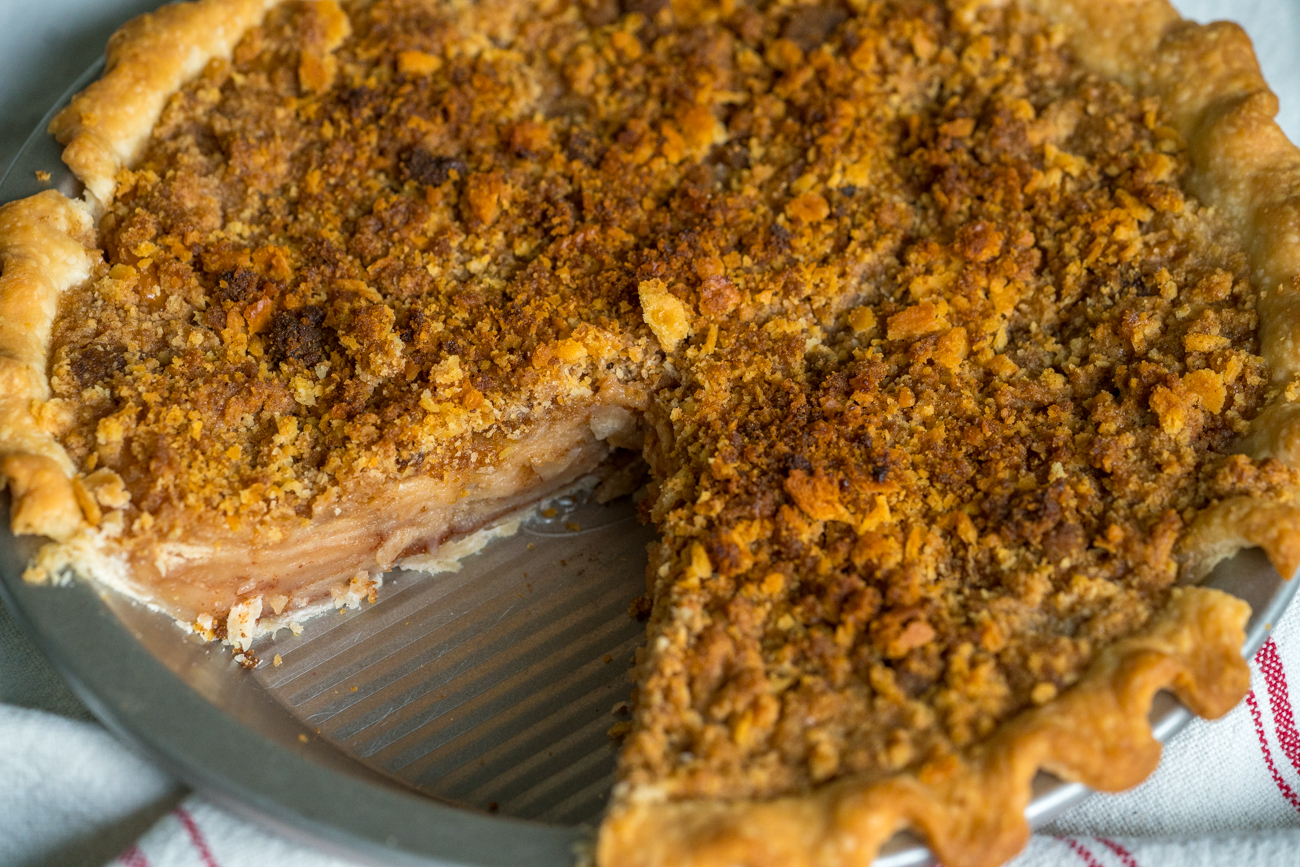 We were thinking about this the other day: compared with other, more recent times of economic difficulty, people got way, wayyy more creative during the Great Depression, and a lot of that creativity has truly stood the test of time. We grew up with a lot of Depression-era recipes, so we’re familiar with them, but hadn’t revisited this one in quite some time. Given that so many ingredients were off-limits because of how expensive they were, families had to go without a lot of the dishes they were familiar with…until they discovered new ways to work with the ingredients they did have on hand…. 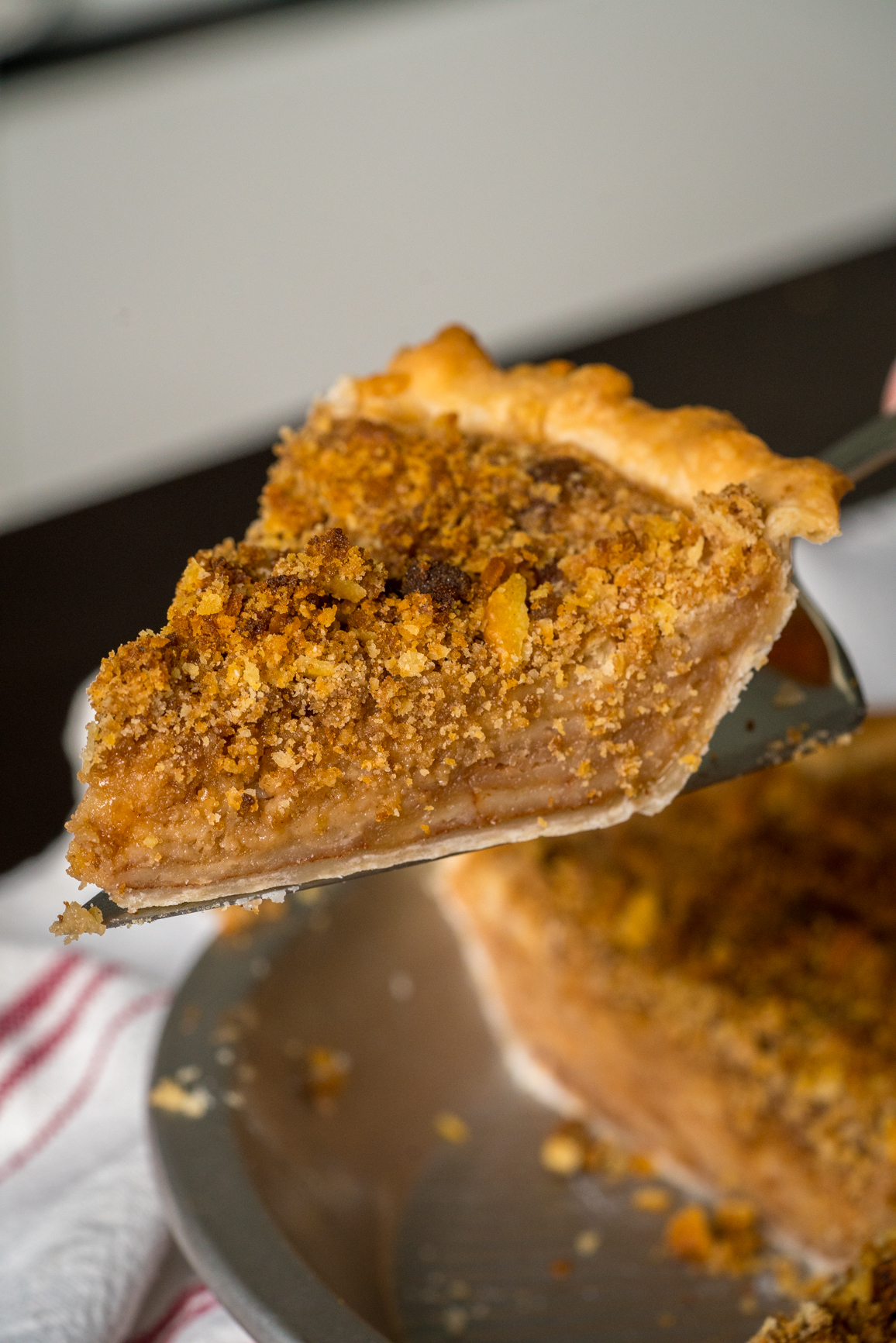 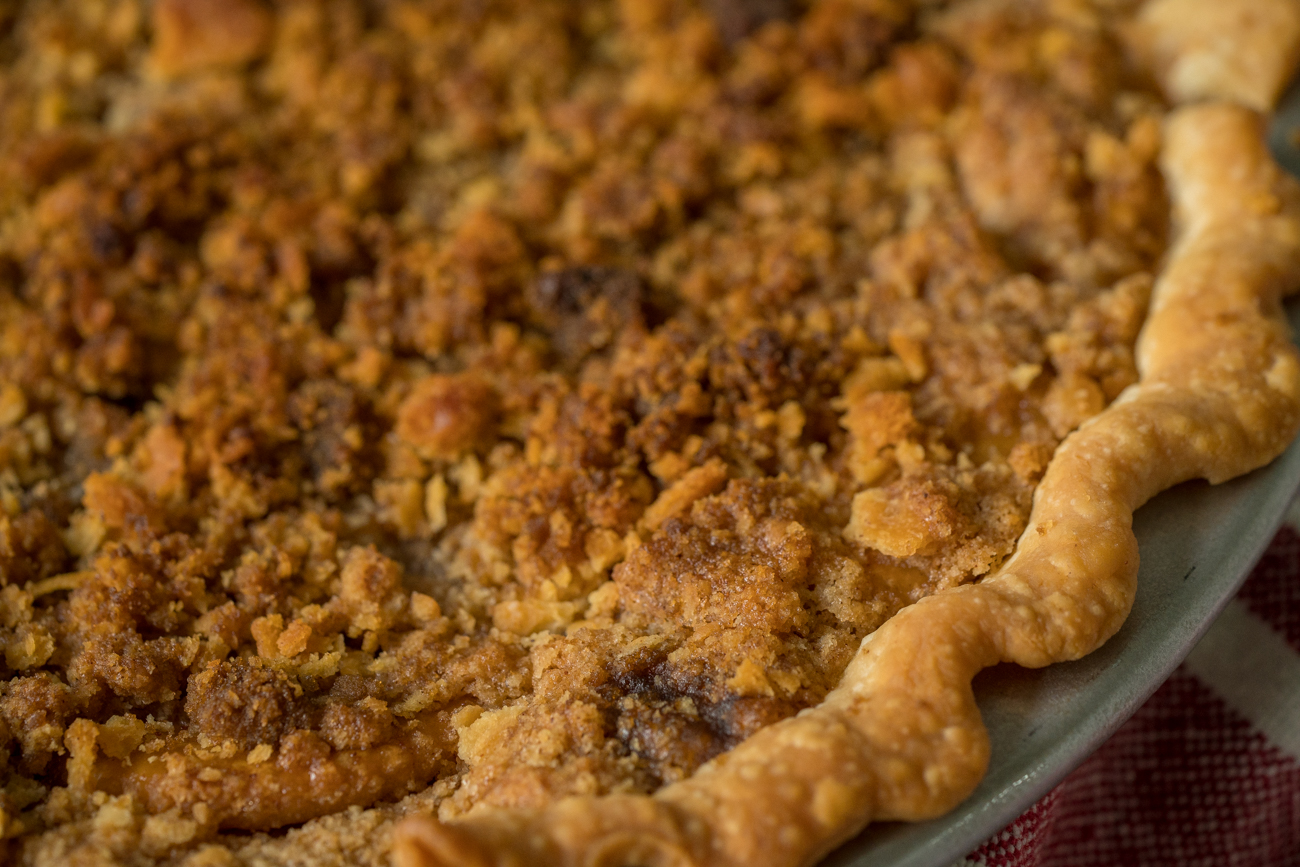 Apple pie is a classic, American staple, but would were people supposed to do during the Depression when they couldn’t afford apples?? Some bright soul decided to try out using a totally out-of-left-field ingredient – do you know what it is? – to create the same layers you would find in an apple pie, then coating those layers with a lemon cinnamon syrup to impart all the traditional flavors of an apple pie. Are you curious about that secret ingredient?? It’s ritz crackers! 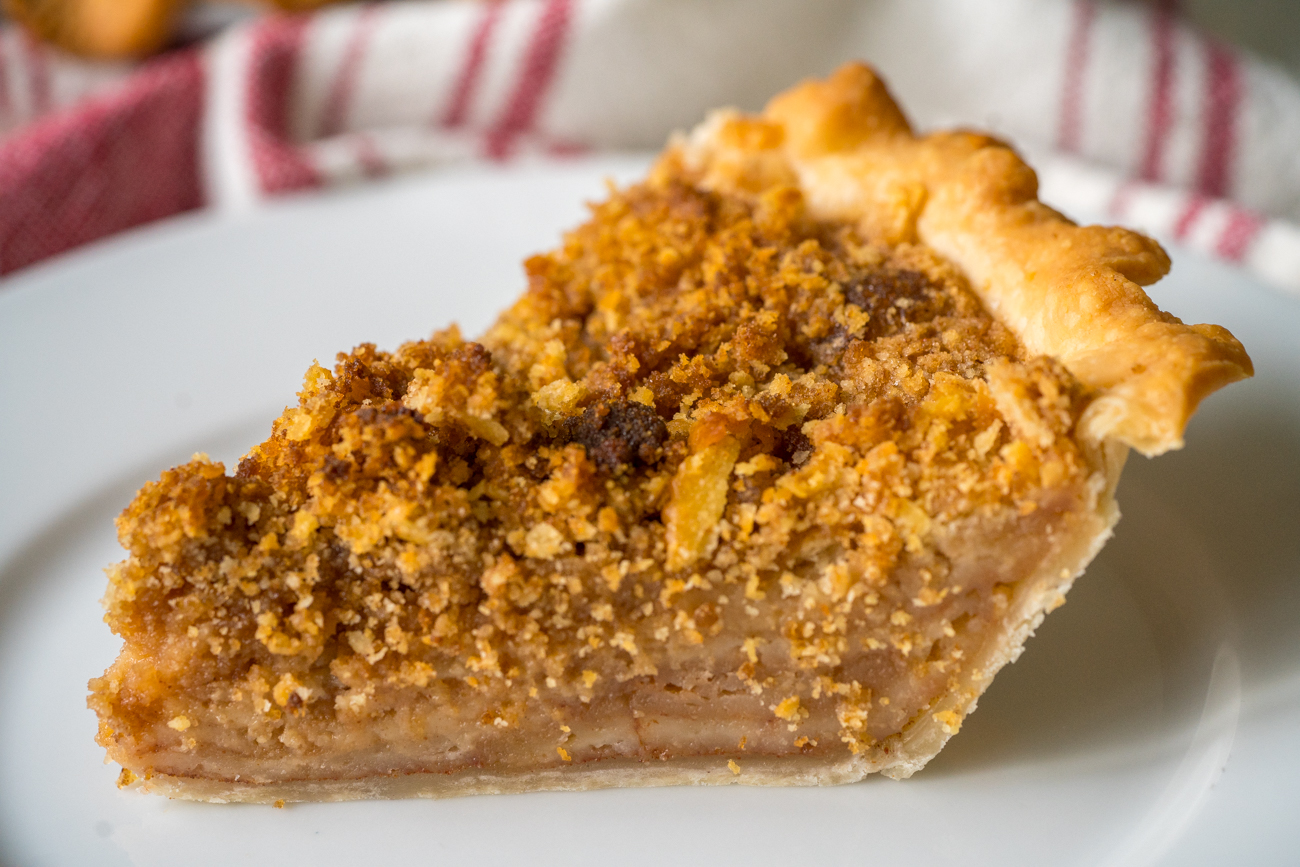 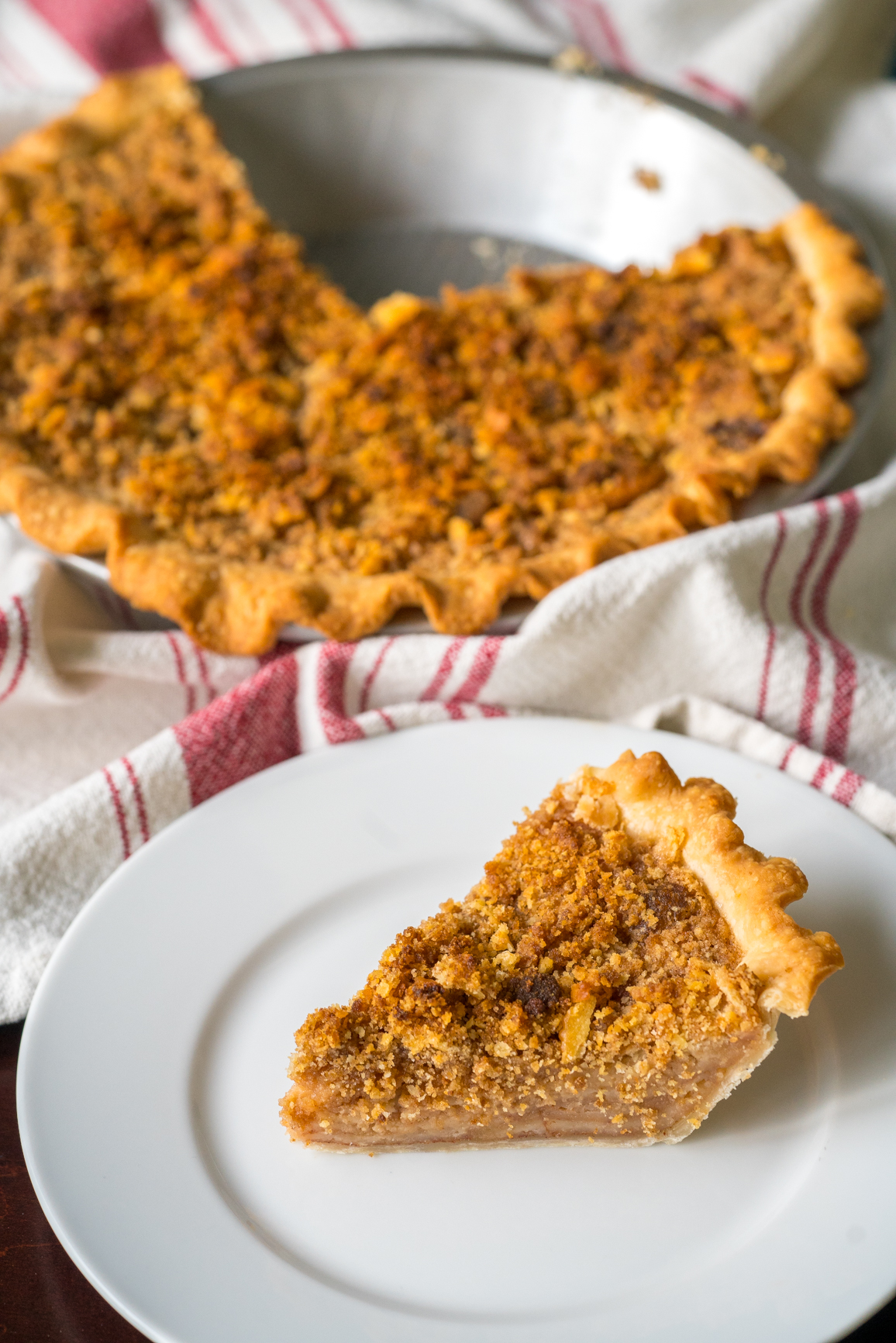 Seriously, your favorite crispy, crunchy snack gets a total makeover in this recipe, acting as soft, yet still-crisp apple slices that are perfectly seasoned and baked to perfection. When making it yourself, you might not think that it’s possible all this could come together so well. Too many crackers (so dry!) and too much syrup (so runny!), but trust us when we say you’re about to witness actual magic. 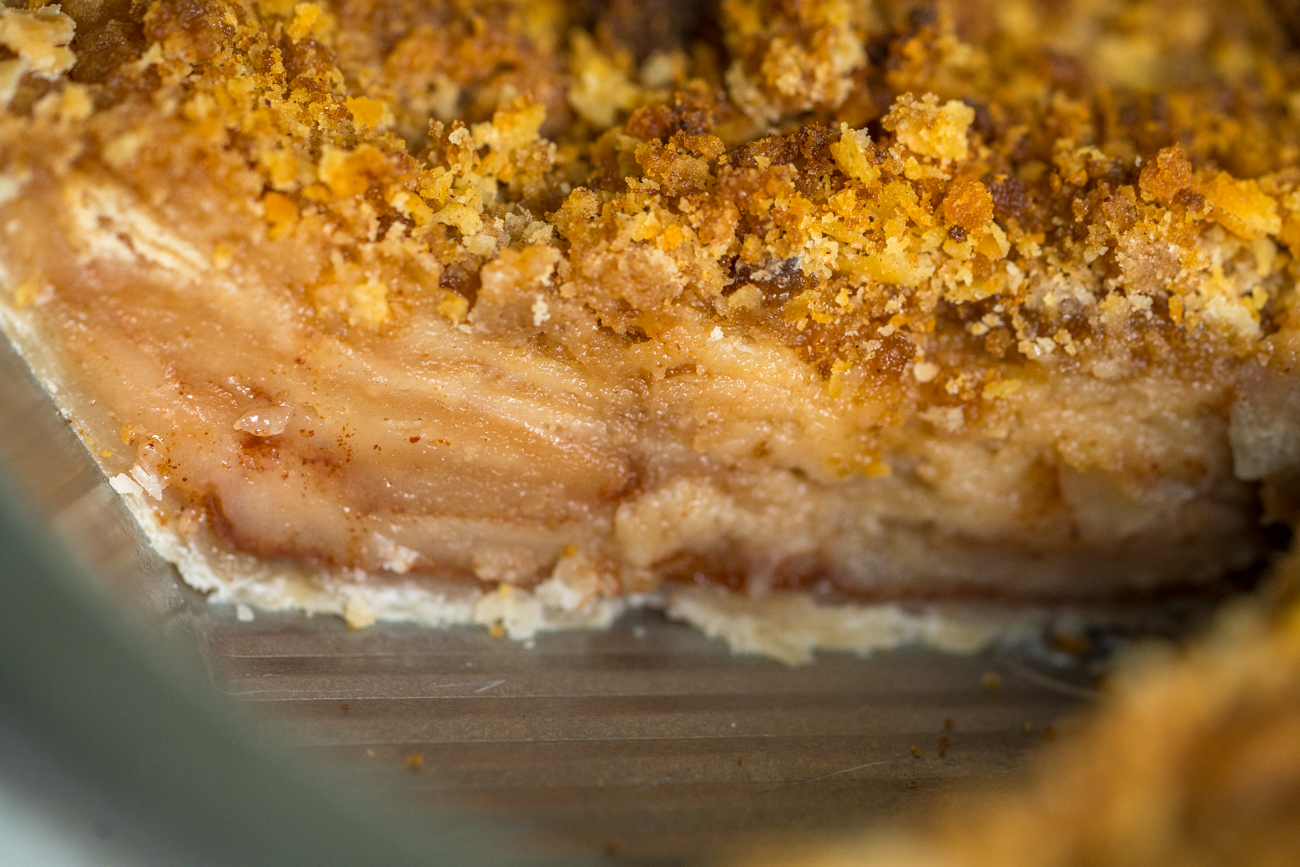 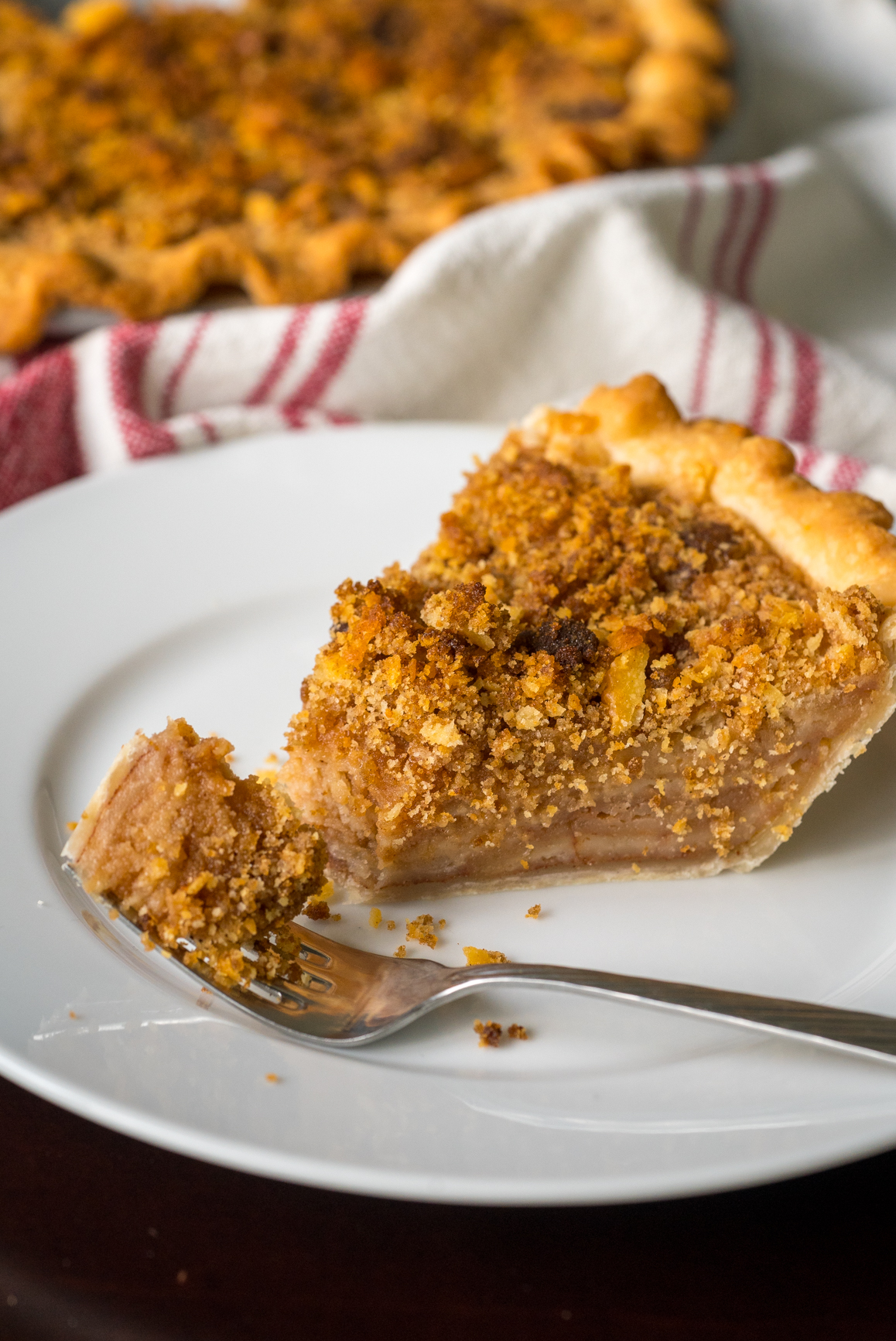 The crackers absorb all the cinnamon-y syrup and yet retain just a bit of bite, then the ritz cracker-streusel topping is just the icing on top of the cake, that takes everything to the next level. Regardless of how easy apples are to get a hold of these days, you’re going to want to try this mock apple pie…people go nuts for it! 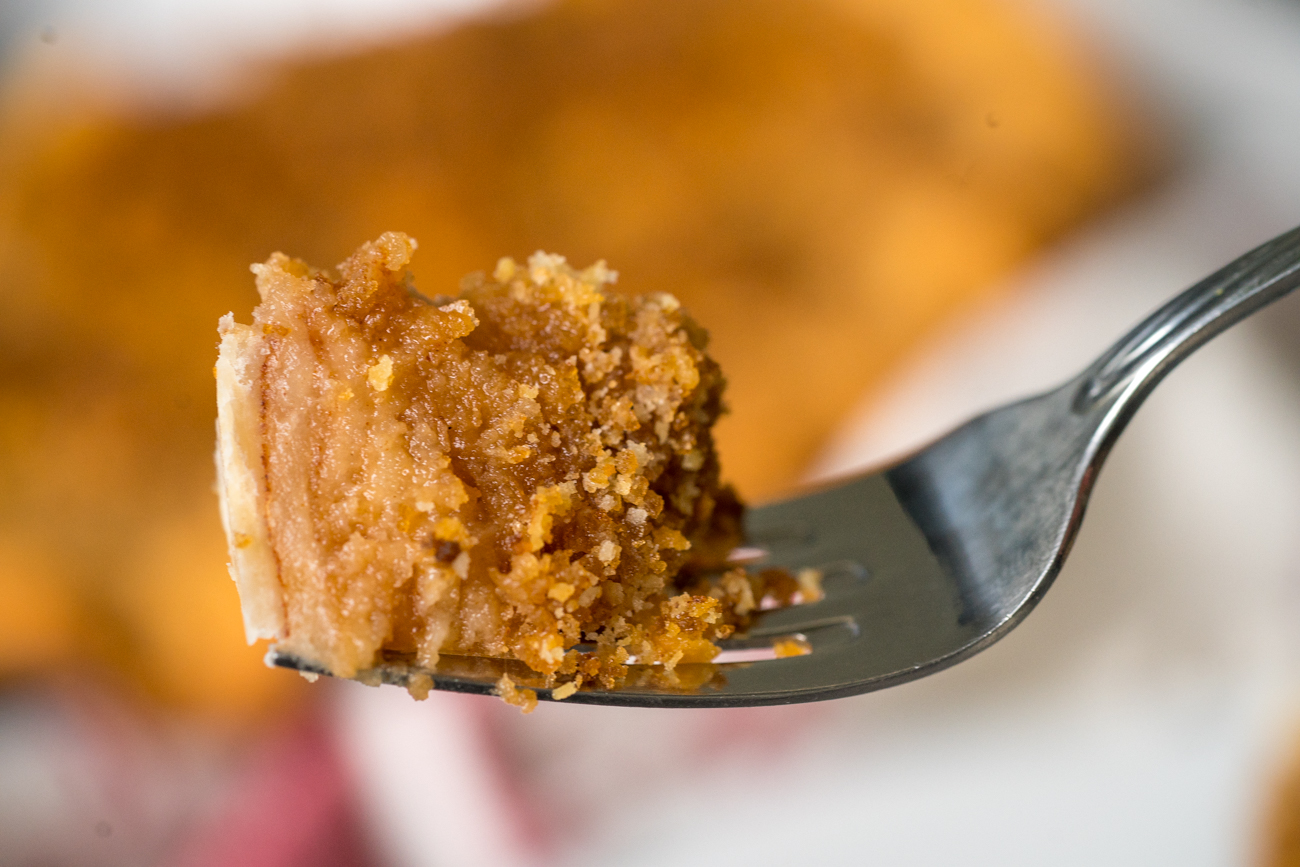