A History of Antique Crazy Quilts

Quilting as an art form has long been under appreciated, with quilt values declining in recent years. However, there is one style of quilt that never fails to catch the eye. This is in part because of elegant they look- far ahead of their time. Crazy quilts could be made from oddly shaped scraps in poorer households, but they were also made in the homes of upper class ladies as part of an avant garde movement that was a late Victorian take on international design. Have a look at the fascinating history of crazy quilts with us. 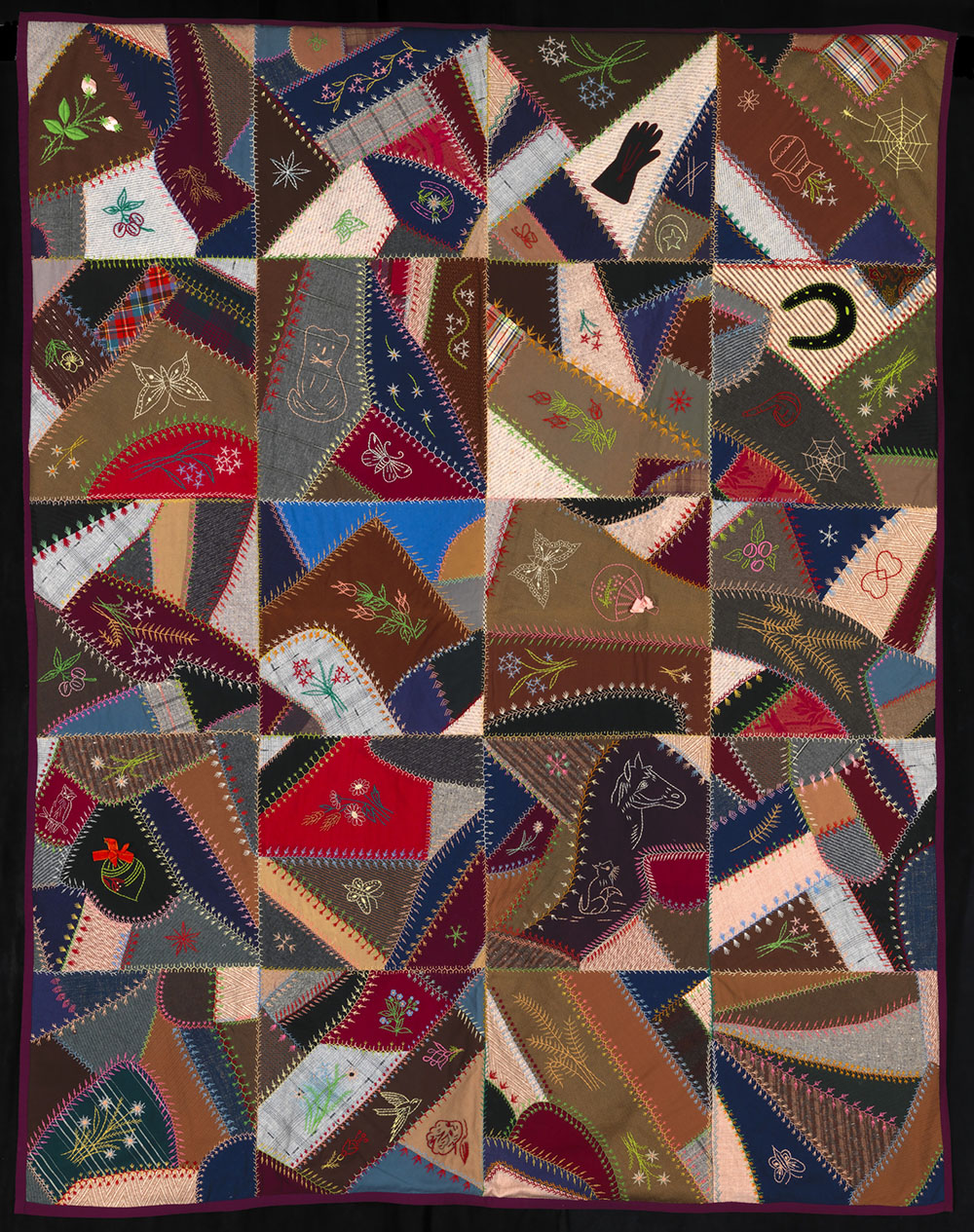 Fancy Victorian crazy quilt from the 1880s. Via/ Smithsonian Institute

As early as 1839 the mention of the term “crazy quilt” can be found, although many historians agree that the trend for crazy quilts became much more popular during the Civil War. An example often cited are the use of crazy quilts in so-called sanitary fundraisers, named because they were in aid of military hospitals and training which at the time was part of the U.S. Sanitary Commission. During the Civil War the branch was underfunded and women held fairs to raise money so that soldiers and veterans could be cared for by medical staff.

These very interesting quilts were a novel departure from traditional quilts which used pastel or primary colors, almost always in cotton, to create ordered designs in repetitive patterns. Quilts were often very welcoming and soft, but were not usually so bold in design. 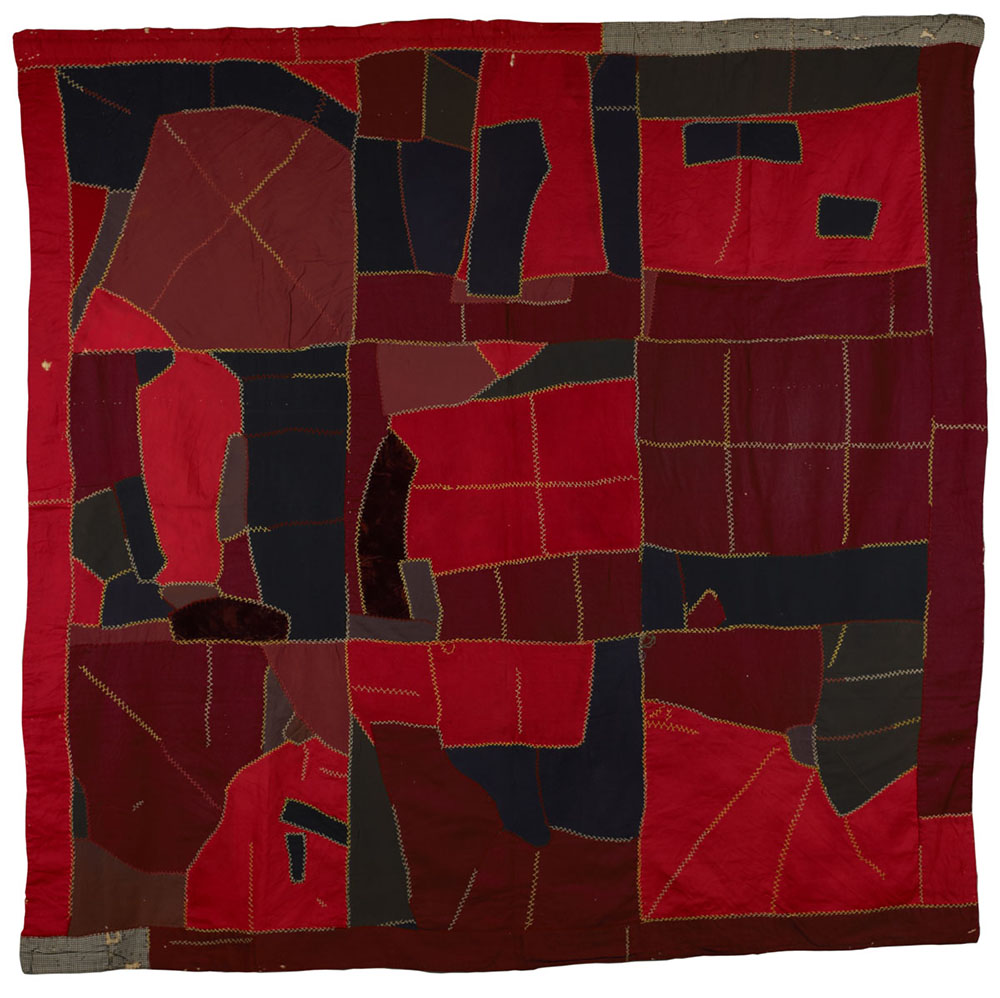 Red crazy quilt from the early 1900s. Via/ Wiki Commons 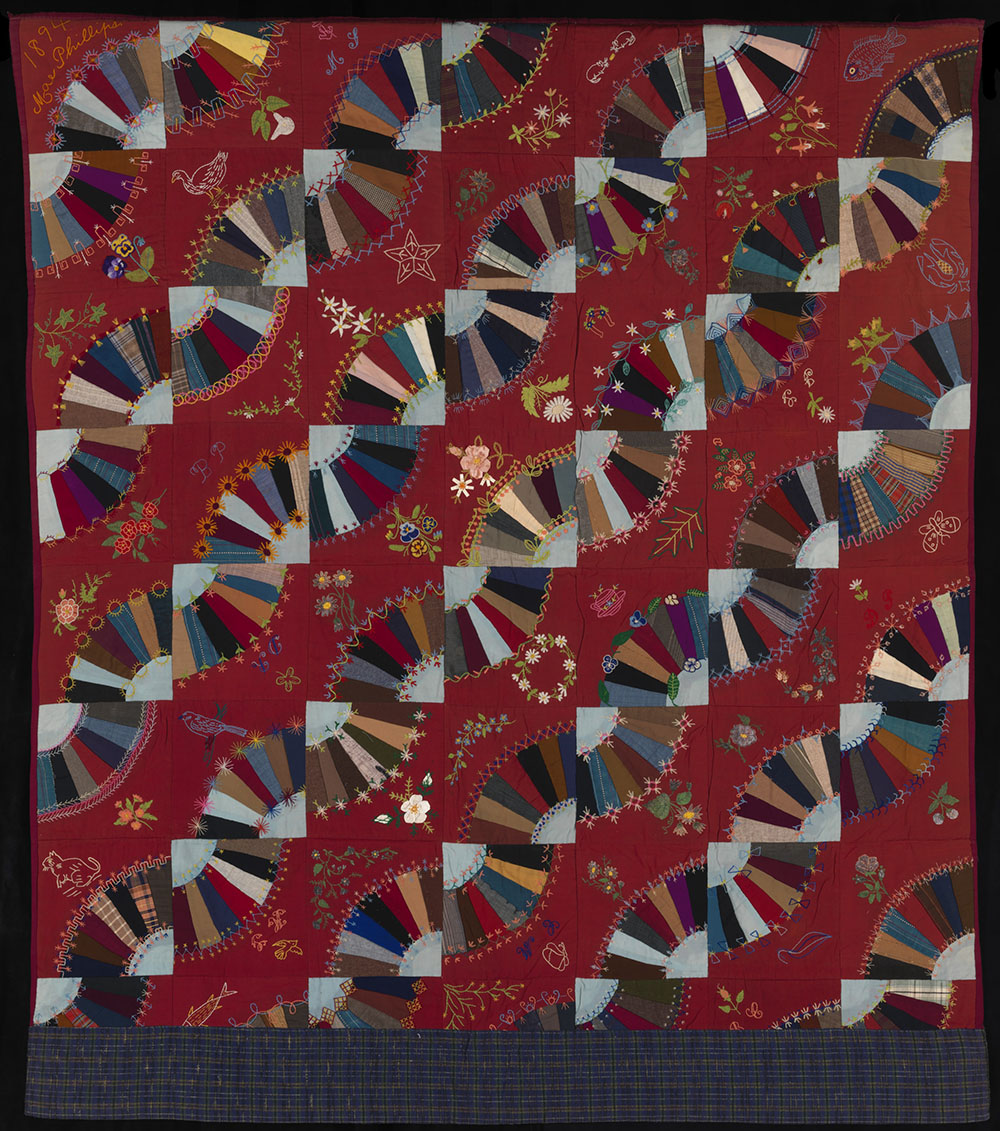 The Victorian era ushered in a wave of “more is more” styles. Lush fabrics like damask, silk, and velvet were all the rage and this fondness for rich textiles trickled into the world of quilting as well. The Civil War era crazy quilts were usually made from these sumptuous fabrics and were embroidered with silk threads in gold and silver. The block placement was seemingly random, made from oddly-shaped scraps, but the embroidery over the top was often in delicate designs of laurels, vines, or other complicated patterns. Good luck charms like hearts, horseshoes, and hands were commonly embroidered on crazy quilts as well. 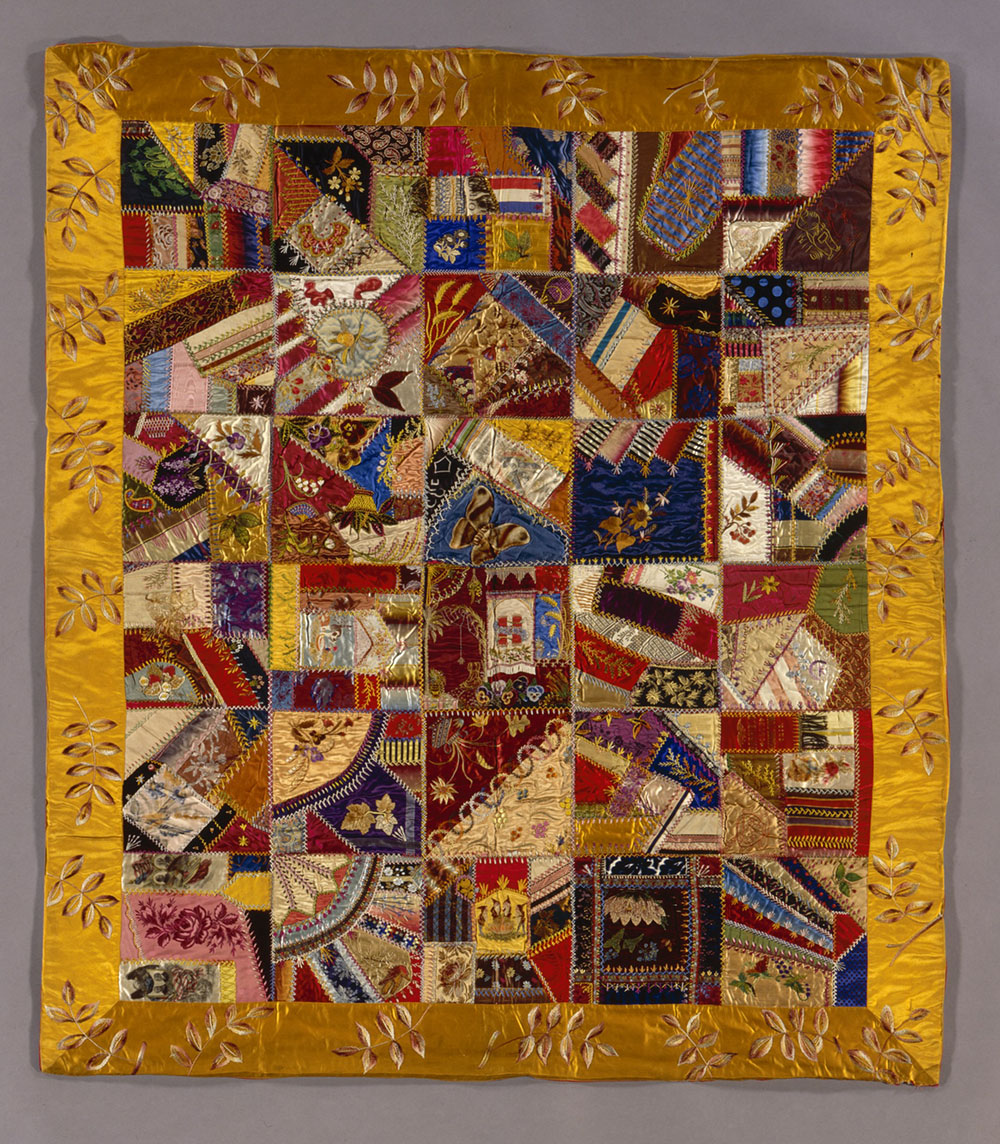 Embroidery over top was a trend that was taken from designs shown at the Centennial International Exhibition held in Philadelphia in 1876. At this World’s Fair embroideries from England and art from Japan had been very popular displays, which were then married to create the high end crazy quilts. 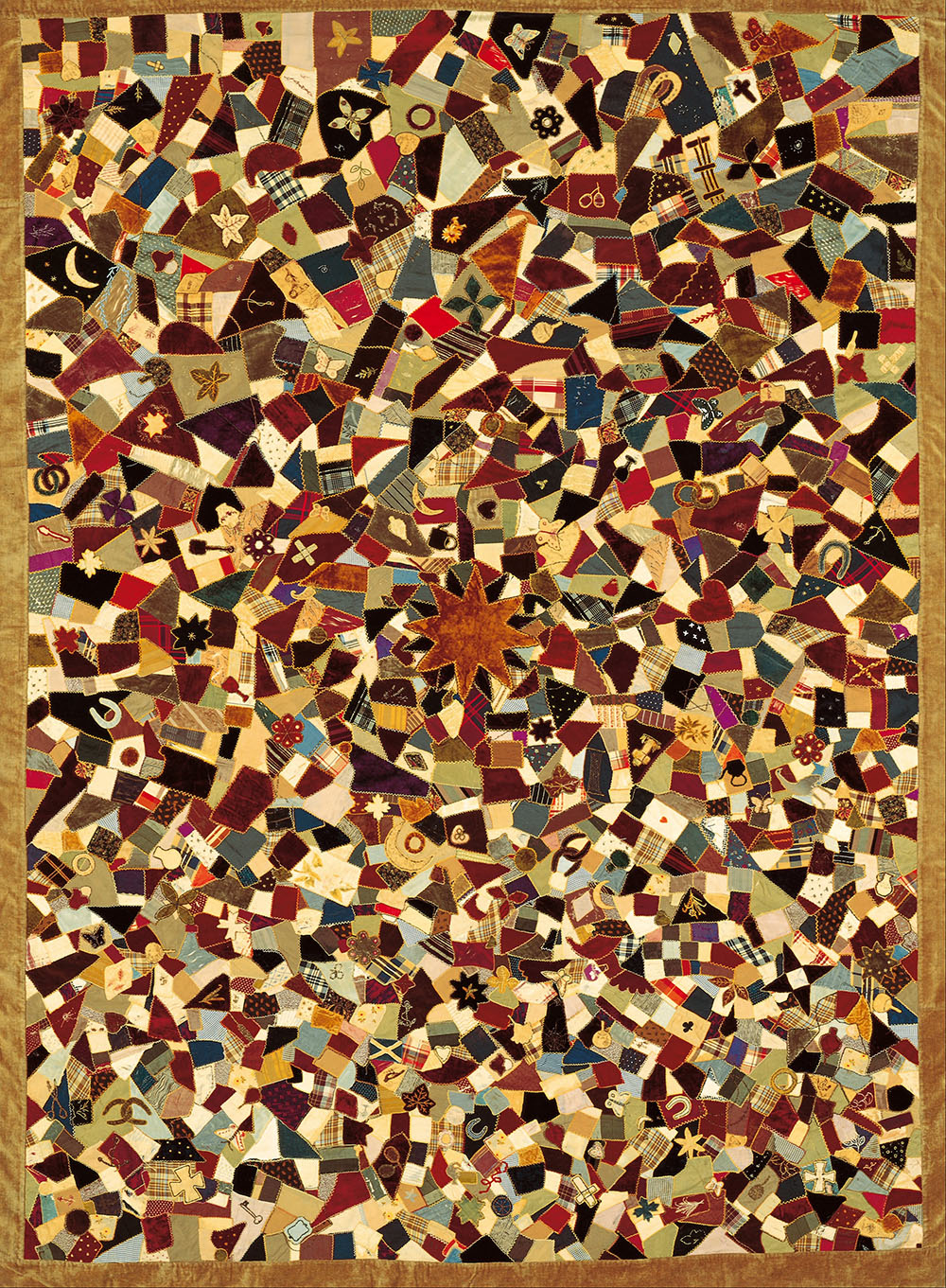 Due to the very labor intensive designs, it is estimated that an embroidered crazy quilt could take as many as 1,500 hours to complete!

The term crazy quilt does not only refer to the upper crust designs in silk and velvet. Crazy quilts at one time referred to any quilts which did not follow a clear pattern, often made from sheer necessity from randomly-sized scraps that needed to be joined together quickly. 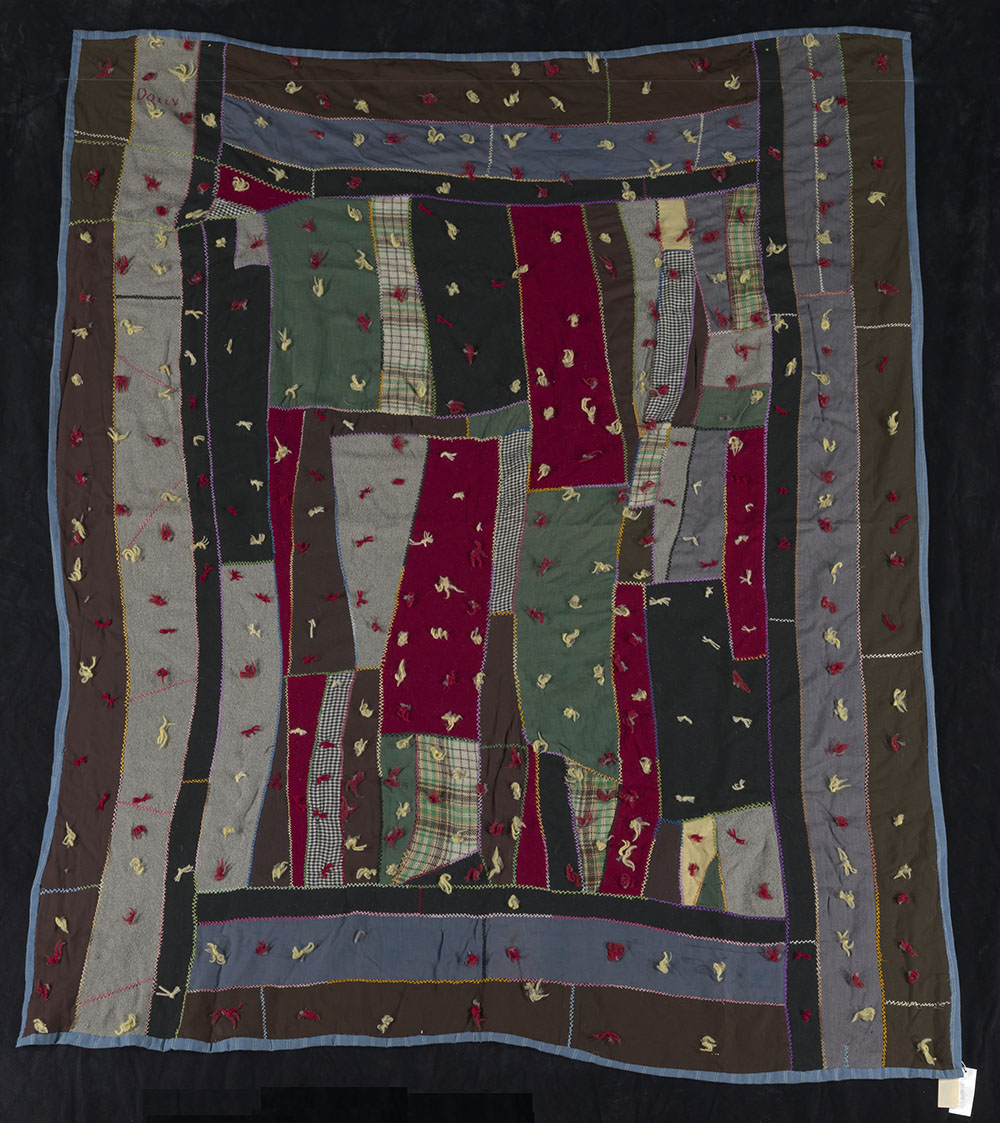 Some of these more humble quilts took on an almost modernist style, with the odd shapes in unforeseen patterns that create illusions of depth and movement. It really is quite astounding how chic these quilts still look today! 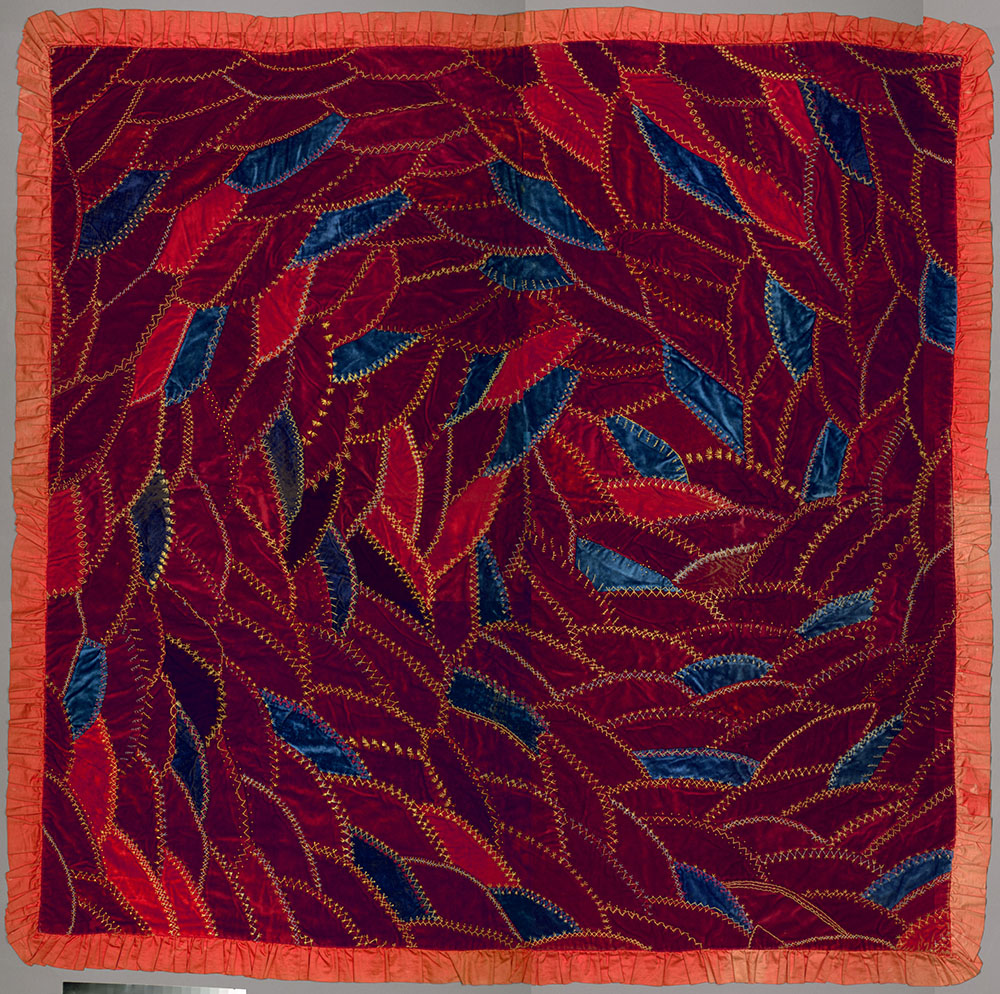 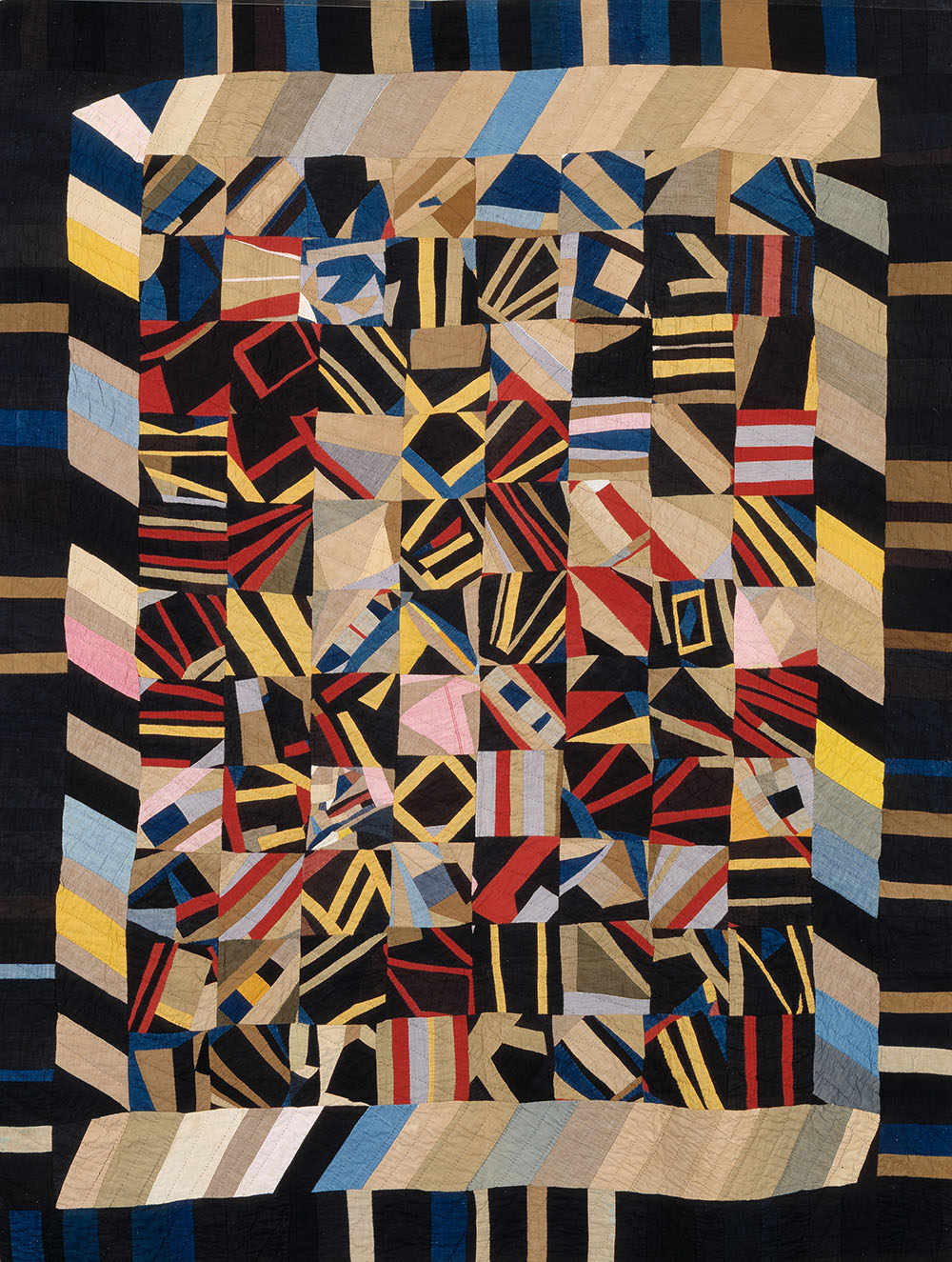 While we might often think of heavier fabrics like velvet and wool when we talk about crazy quilts, they were also made in plaids and calicos- which made the effect even more dizzying. 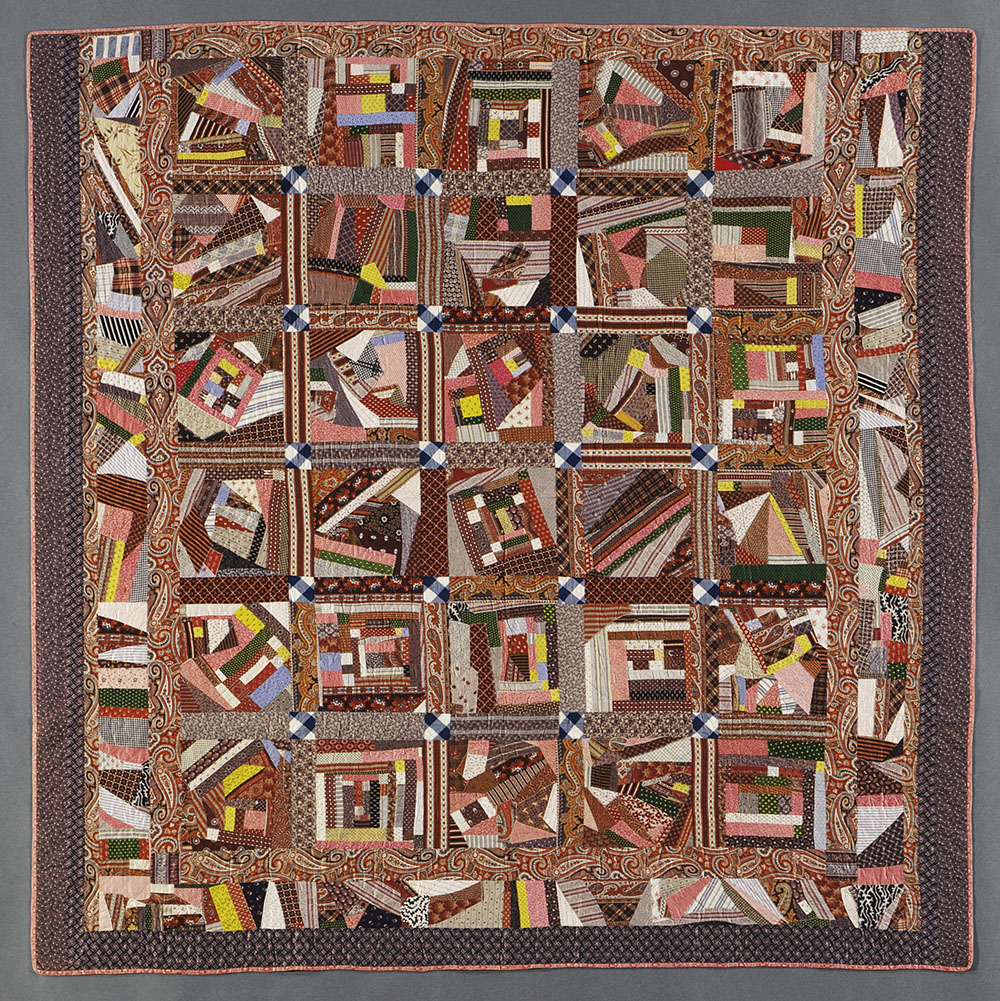 Cotton calico and plaid crazy quilt from 1880. Via/ Wiki Commons

Crazy quilts are some of the most recognizable and collectible antique quilts available and no two are like! They can be had for $200-$600 on eBay and in antique stores. 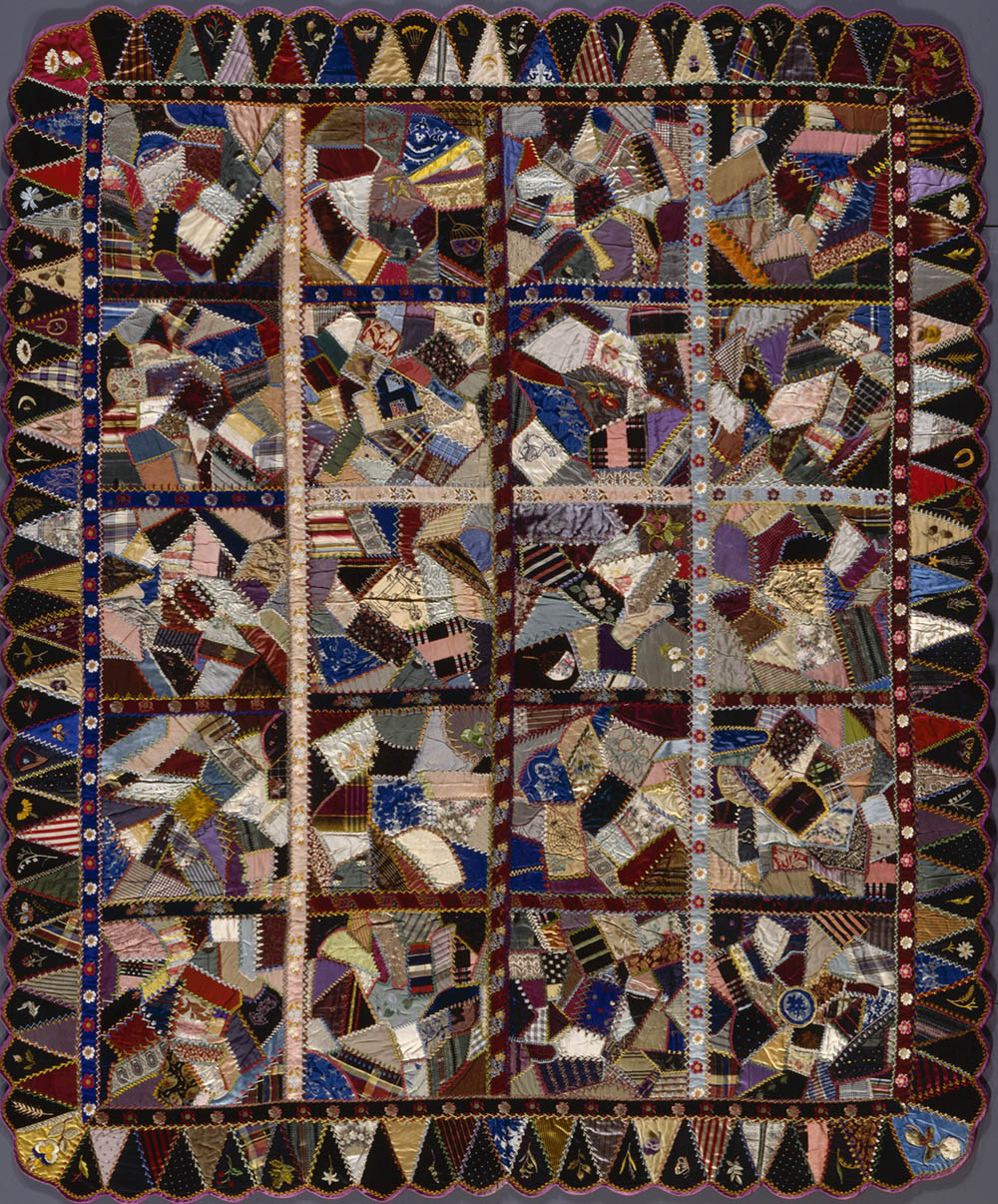 Finer examples can go on to sell for thousands of dollars at reputable auction houses, especially if there is something very unique about a quilt (like one from the early 20th century with a very morbid inscription from the maker that sold for $3,125).