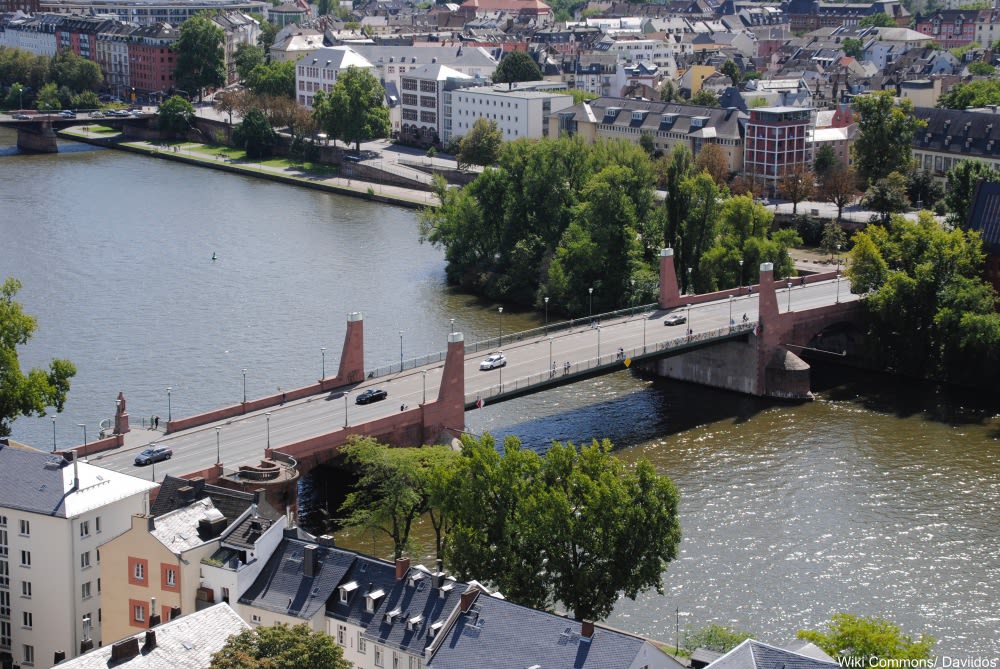 The bomb was discovered during an underwater training exercise by the Frankfurt Fire Brigade near the Old Bridge. The German authorities acted quickly once the bomb was discovered to get a team to detonate the explosive. They issued a press conference to let people know exactly where the bomb was located and how much area around the bomb was susceptible to impact from the blast. 600 residents were evacuated, while others were instructed to stay inside their homes. 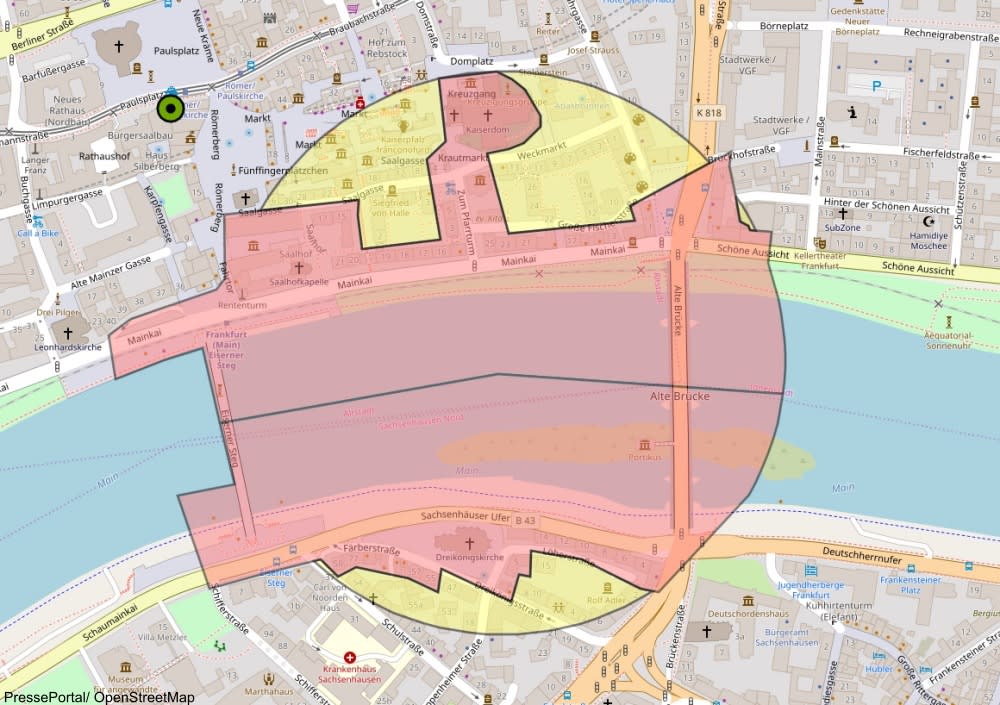 The red zone shows evacuation areas and the yellow zone shows protection zones where residents were not forced to leave, but were discouraged from spending time near their windows, keeping doors closed.

The planned explosion by trained bomb experts took place on Sunday, April 14th, 2019 and was a success despite one unplanned event. The surrounding amenities provided free entertainment in order to give the evacuees something to do during the explosion. The local zoo, several museums, and the Palmengarten botanical gardens all gave free admissions that day to make the operations run more smoothly. 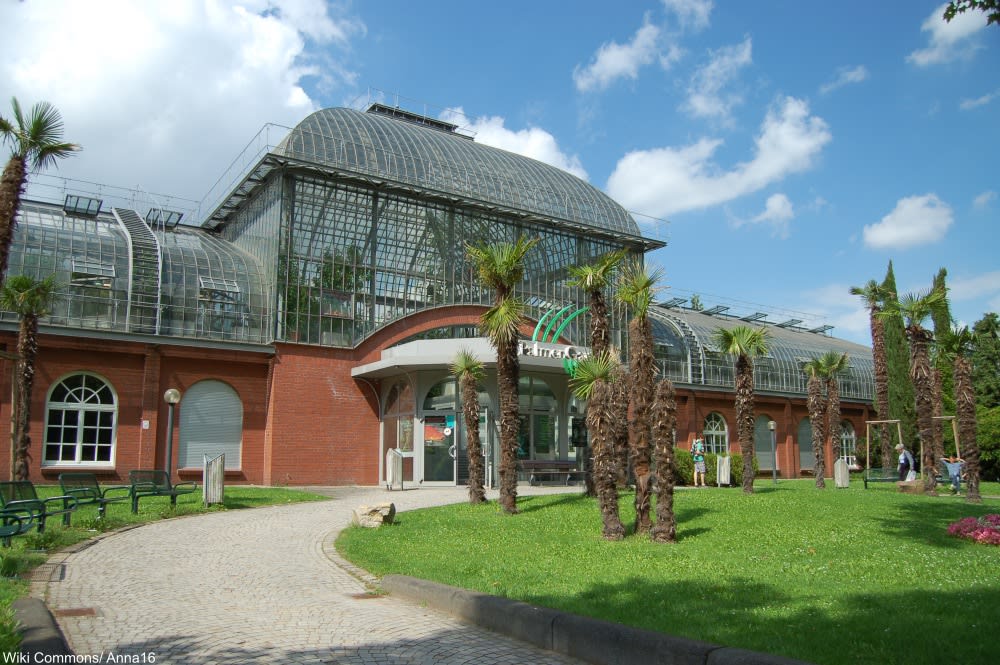 The bomb was moved to a depth of 6 meters in the Main River and the original aim was to blow the detonator off with explosives. Experts went in knowing that doing this could cause the whole thing to go off and that is exactly what happened. This is why the bomb was placed in the water for this procedure as it minimized the impact of the explosion. While smaller bombs were set off before the main event, some fish still creeped back towards the bomb site and were killed during the detonation.

The bomb was a 250 kilograms in size, and bombs of this weight were manufactured by Britain, the U.S., and Germany during the war. However, the bomb is thought to have been of an American make that simply never detonated upon release from its host aircraft. 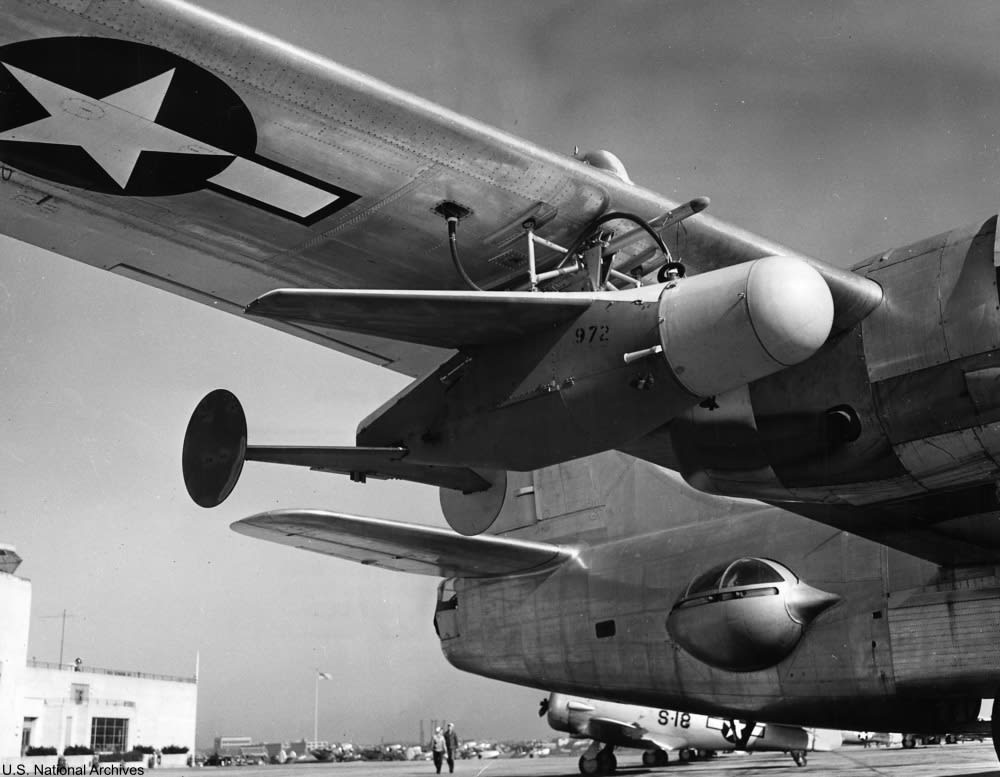 The ASM-N-2 Bat was an American bomb of the right weight, but we don’t know if this was what was in the Main River. Via/ U.S. National Archives

In 2017 what was believed to be a German bomb was found Hampshire, U.K. and towed out into the Portsmouth Harbour to be detonated safely. During that time all ferries in the area were suspended. In early 2019 a German grenade from WWII was found among a shipment of French potatoes which had been shipped to Hong Kong, a city with no shortage of WWII munitions to dispose of.

Have a look at the footage of the bomb being exploded in Frankfurt followed by the chiming of church bells in the video below.

730 victims found in mass grave from WWII: Click “Next Page” below!