During World War II an incredible amount of resources went towards the war effort. Thanks to the successful blocking of supplies by the Axis armies, everything that U.S. troops might need while fighting in the European and Pacific Theaters had to be shipped over. Equipment, clothing, guns, medical supplies, and food were sent by boat and by plane to where the troops were headed. And, in the case of the Jeep vehicles, they devised some cleaver ways to maximize their shipments. 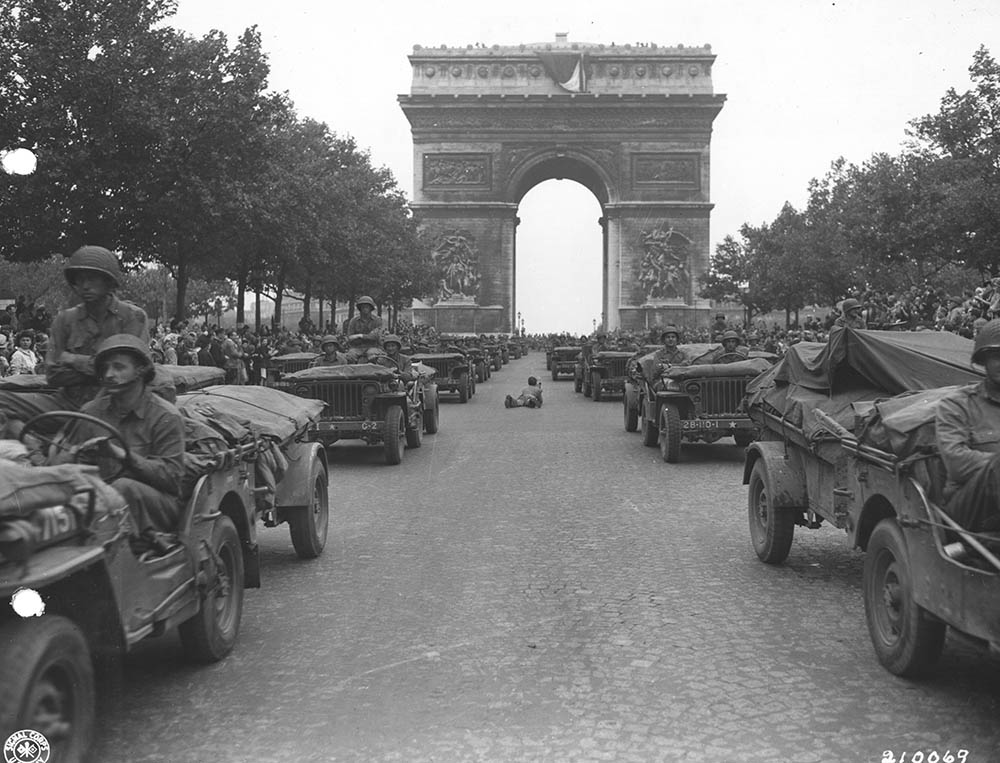 In 1940 the first Jeep prototype from Willys-Overland was sent to the U.S. Army, based on a design by American Bantam. This was a year before we entered the war, but the advantages of such a vehicle were immediately clear since it blew competitors away. Over the course of the war, hundreds of thousands of Jeeps were made and most of them were sent overseas. Around 30% of the Jeeps made during the war years were sent to U.S. allies. 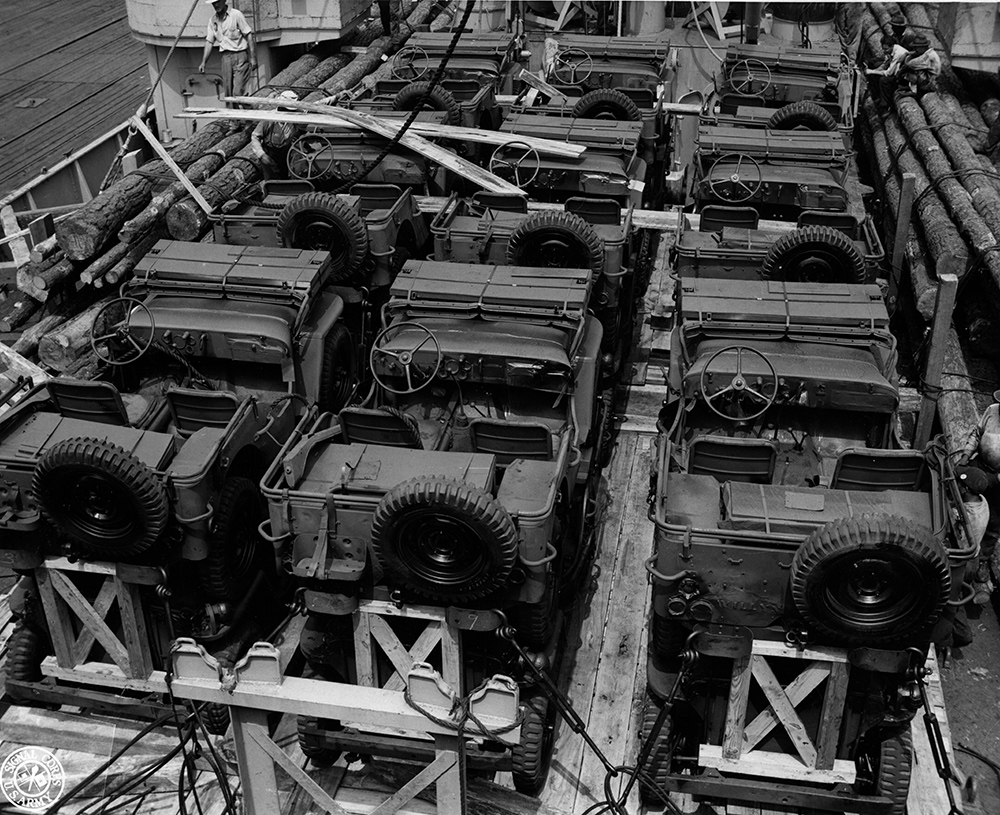 Original caption: “Eighteen stacked (double-decked) trucks, 1/4 ton 4×4, are shown here on the square of Hatch No. 5 on the deck of the Liberty Ship Esek Hopkins (HR-438). Formerly only nine could be loaded in this space. Official Photograph U.S. Army Signal Corps, Hampton Roads Port of Embarkation, Newport News Virginia.” Via/ U.S. National Archives

Shipping all these vehicles necessitated an efficient way to pack them. The answer was to put them into crates, disassembled as much as was feasible given the nature of vehicles. For domestic shipments, the vehicles were stacked on top of each other with the help of heavy duty pallets. However, overseas shipments required a more compact solution. 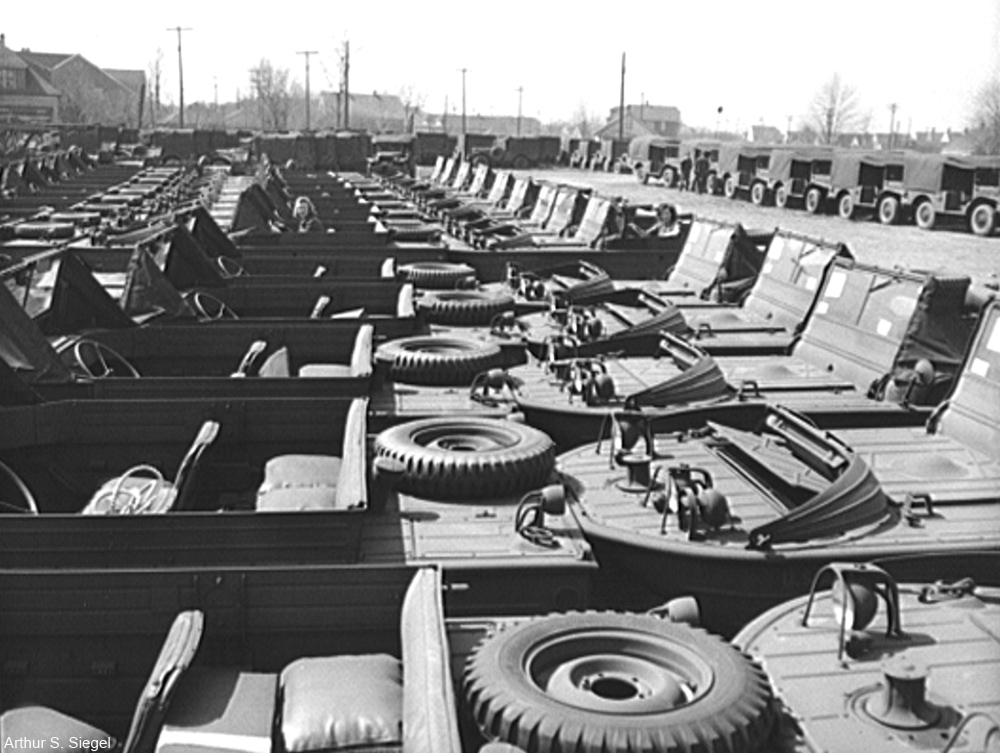 For vehicles being send abroad, the wheels were packed flat on the seats with one strapped to the front, the windshield was folded down, and the whole kit and caboodle was packed into a wooden crate. The tires were stored the same way on the amphibian version of the Jeep, though they were larger overall. This was the closest to the concept of “flat pack” that such large items could be shipped.

Then the crates were stacked into military “escort carriers” and headed on the lengthy journey to where the action was.

Jeeps were seen in news coverage and photographs of the war, and they were also seen on war posters. Civilians were even encouraged to help the U.S. military purchase by buying war bonds. 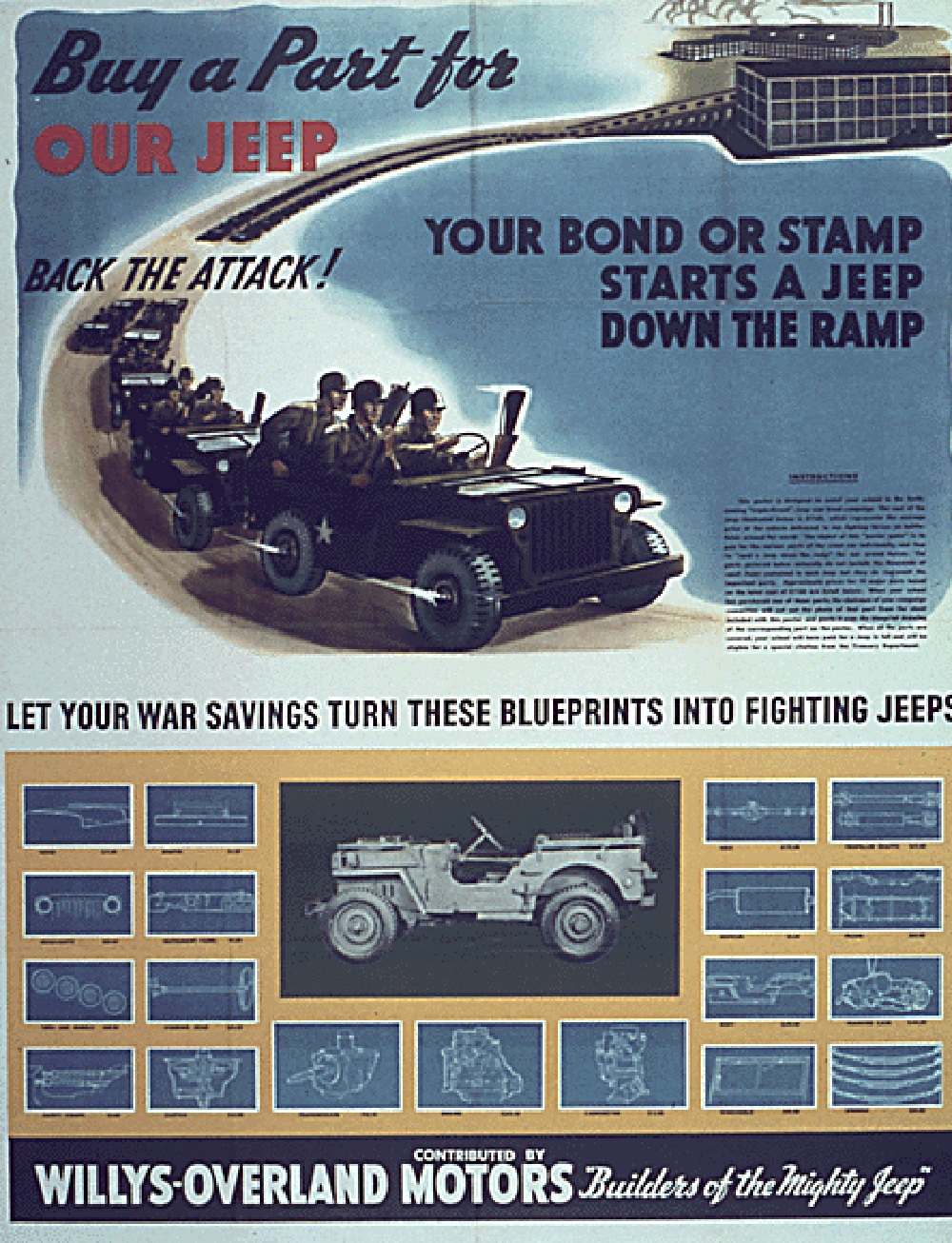 Following the war, the Jeep soon became a popular civilian vehicle, renowned for being tough enough to handle the burden of war. 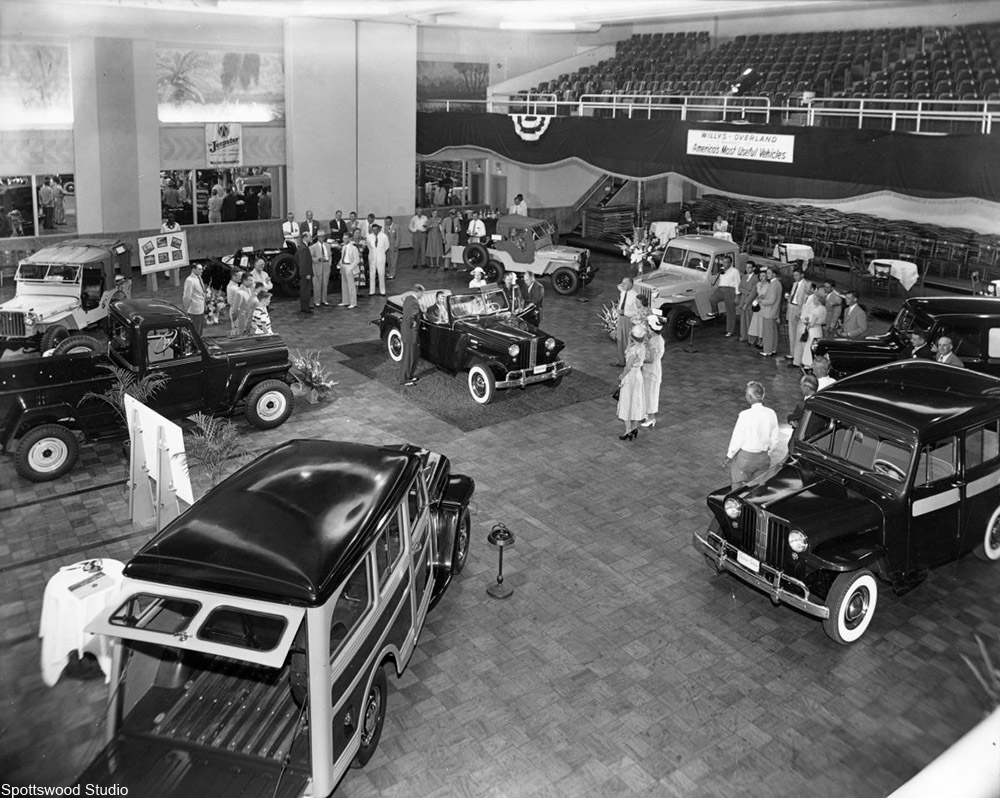 Have a look at footage of Jeeps being packed for shipping during the war years, as well as an uncreating of a modern replica, in the video below.