Europe during World War II was full of secrets. Every country had official and unofficial spies, fighting wars at every level of society. In the U.K. the state secrets of the war were so closely guarded that many people went to their graves long after the war was over having never informed their loved ones the true nature of their war jobs. Even military installations were sometimes kept completely secret and are only discovered years later. This is what happened in Scotland when an abandoned bunker used by Winston Churchill’s secret army was found. 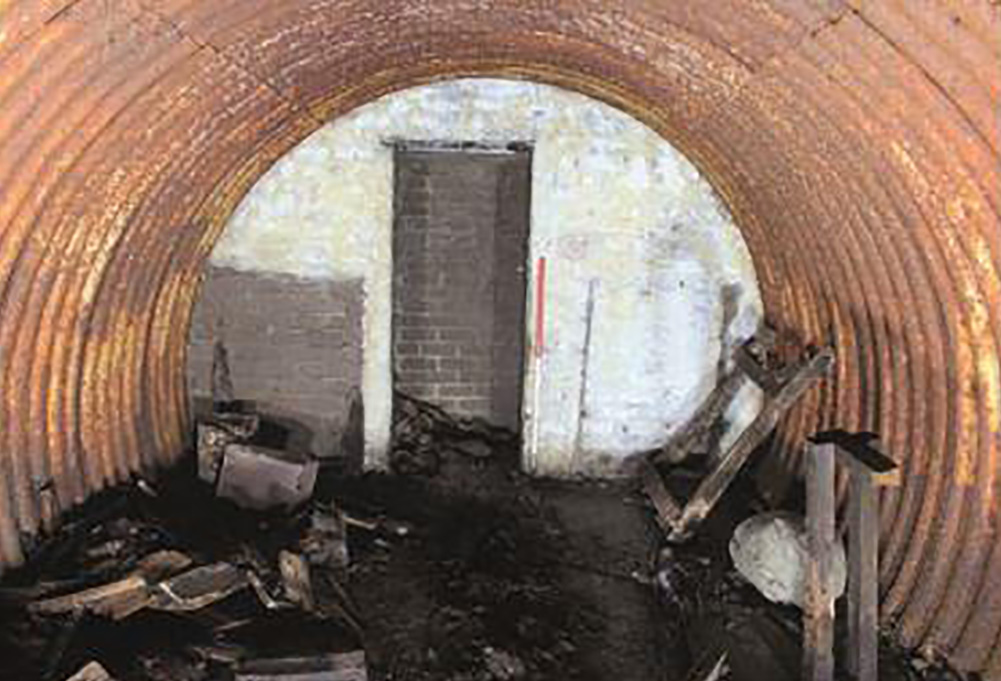 In 2019 in southern Scotland research in advance of a logging operation uncovered a bunker that had been long forgotten since the war ended- its location kept secret in official documents and eventually completely erased from memory. Kit Rodger and Kenny Bogle of Forestry and Land Scotland found the structure while surveying the area before a tree felling project was to take place.

The bunker is made from a concrete base and rounded metal roof with a “blast wall” on each end of the log-like unit to protect against grenades. Inside there was little in the way of artifacts found, save for the crumbled wooden frame which probably was once part of bunk beds and one empty tin can. 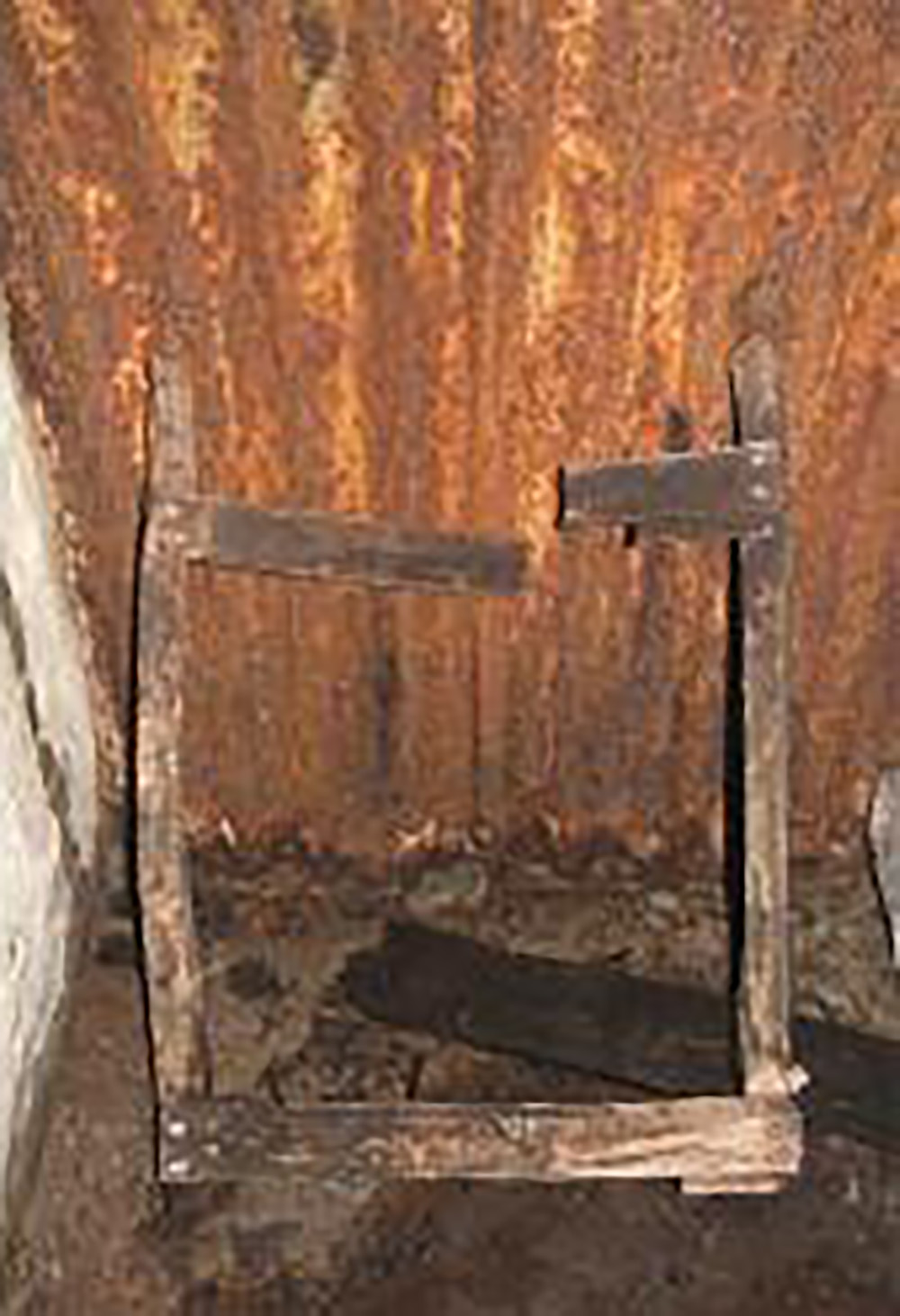 The bunker was found 4 feet below the surface, one entrance having been completely filled in by soil over time. The structure was discovered using a Trimble TX5 laser scanner, which revealed the construction and interior of the secret bunker. The whole thing was later photographed for posterity.

Members of the Auxiliary Units, Churchill’s secret army, would have operated from here in an attempt to sabotage German attempts to win the war or invade the U.K. From this remote, woodland location 7 or 8 male operatives would have kept guard, potentially monitoring radio activity of the Germans, and were fully stocked with sniper rifles, machine guns, and explosives. 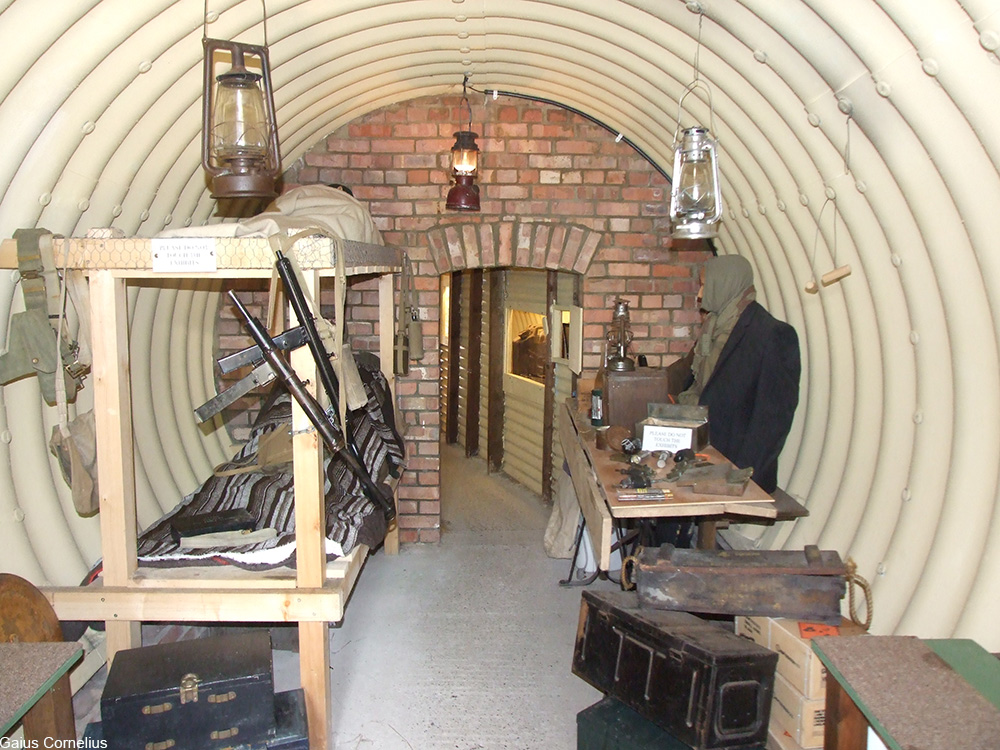 Recreation of an Auxiliary Unit bunker at Parham Airfield Museum. Via/ Wiki Commons

The men in these volunteer units were part of the Home Guard, but did not function like their more civil-minded colleagues. These men would have instead been trained as assassins and were willing to go on suicide missions in order to defeat Hitler’s army. Indeed, these men would have been expected to commit suicide or even murder of their fellow volunteers if capture seemed likely.

The life expectancy of these so-called “scallywag” soldiers was said to only be two weeks once they joined, although the men in this bunker may have lived in this confined space for months or even years at a time. The units were dissolved before the end of the war and many volunteers joined other military forces to fight openly against the Axis forces.

The bunker today is one of many that were long forgotten, with an untold number lying completely buried and unknown today. The exploration and documentation of the bunker was completed by AOC Archaeology Group, but unlike many other archaeological digs, the location of this bunker is not being disclosed at this time.