The world was torn apart in 1914 when the troubles of World War I meant that most of Europe was embroiled in trench warfare. While the U.S. remained neutral until 1917, the delay gave young American men time to not only become energized for the fight ahead, but also gave them a glimpse of the kind of misery that lay before them.

While cameras were not nearly as common in 1917 as they would become in the years after the War, there exist a few special photographs of soldiers from around the world getting one last kiss before going off to war or getting a long-awaited smooch upon their return. 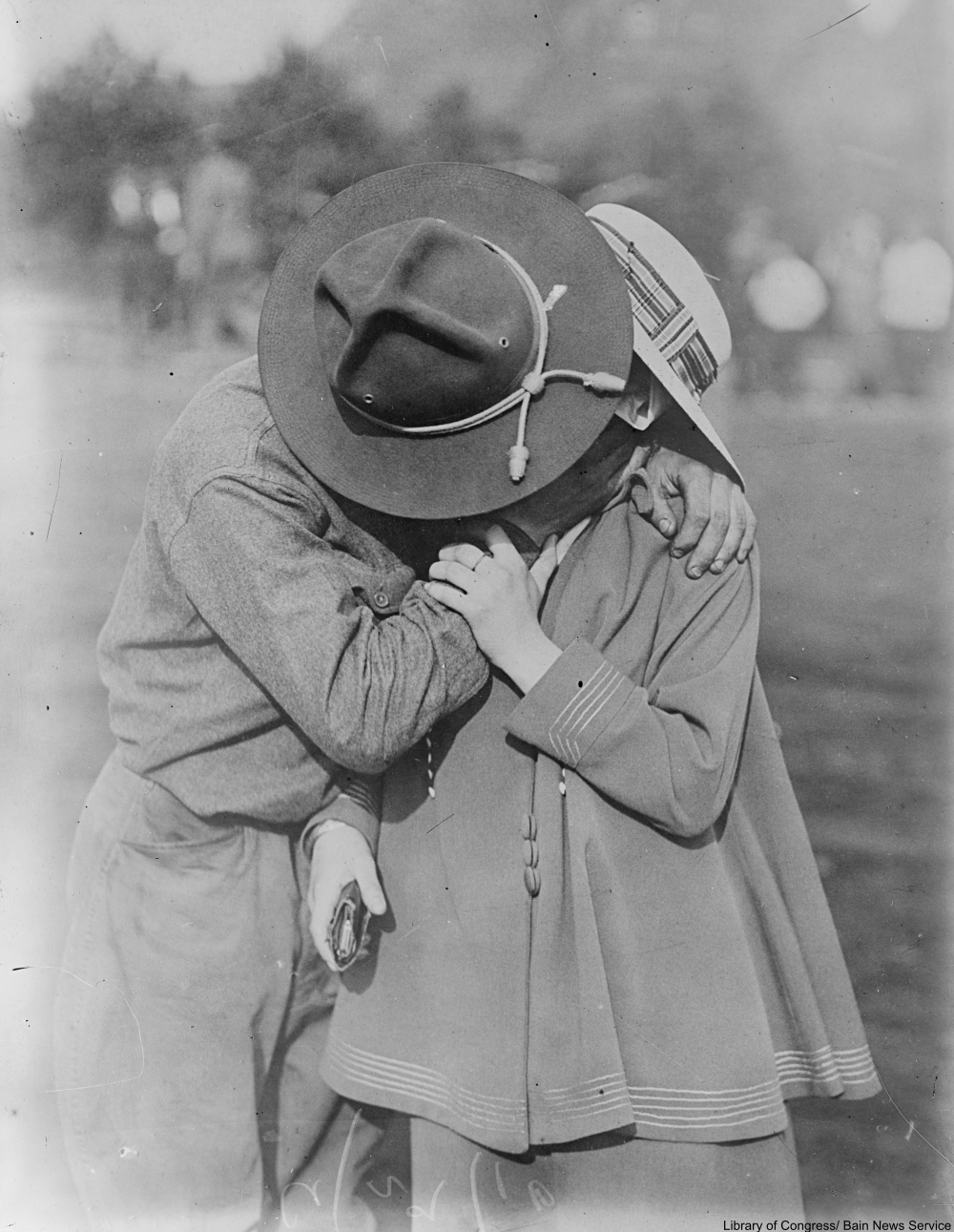 Soldier saying goodbye in Pittsburg, PA. Via/ Library of Congress 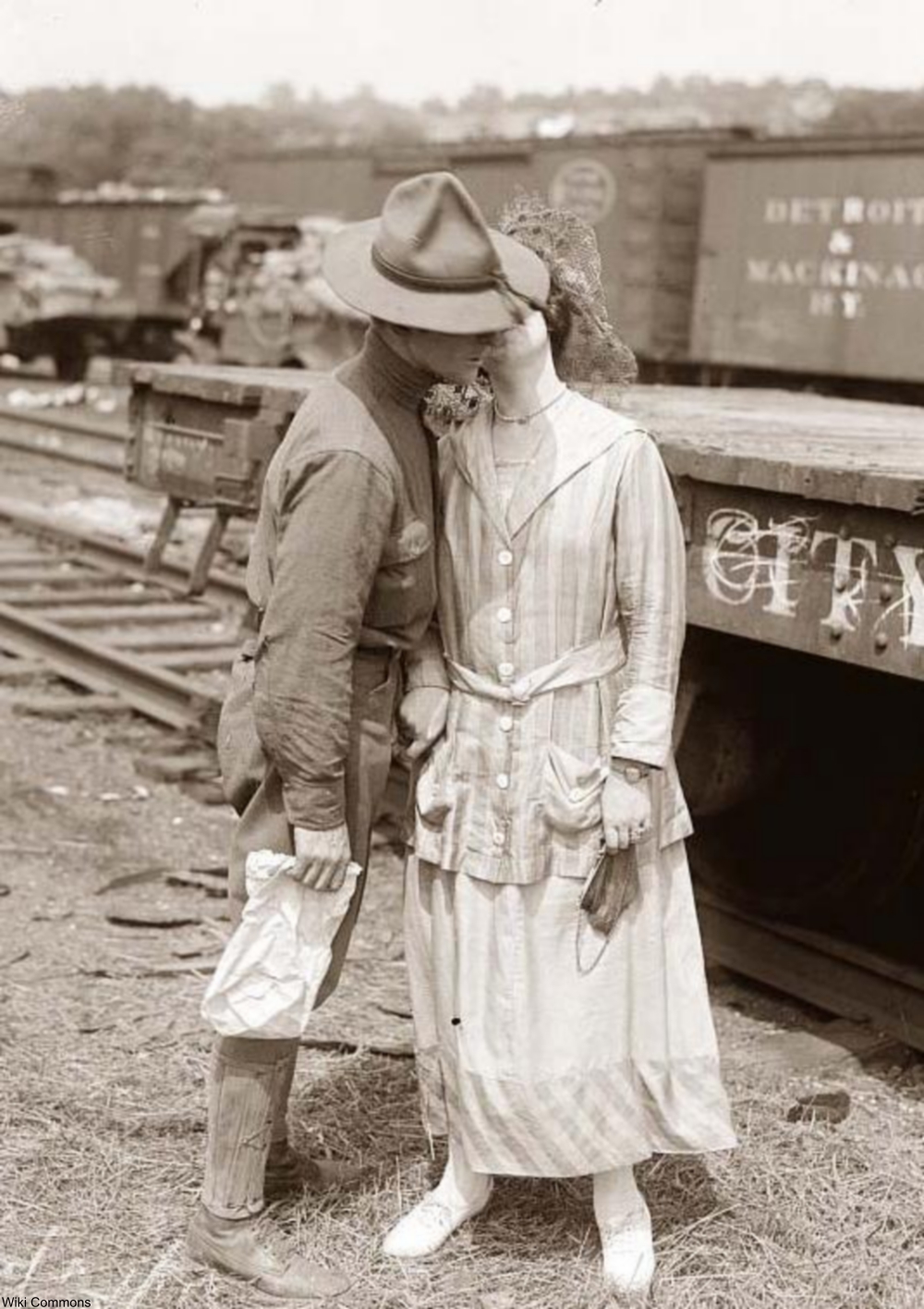 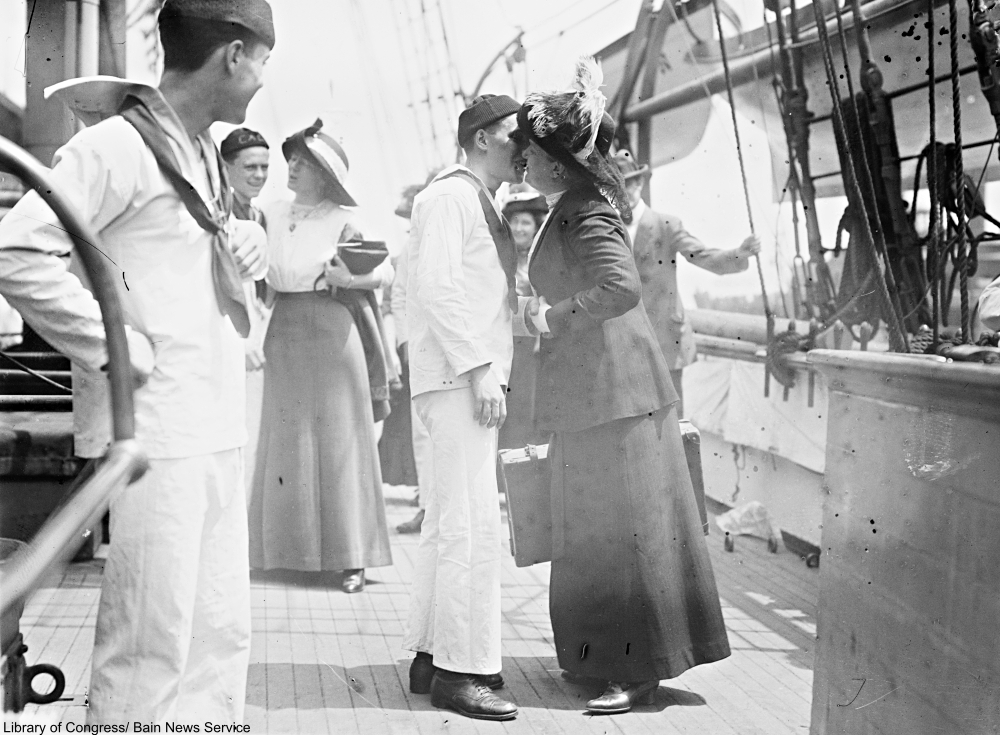 From original caption: “Bidding good-bye to young sailor on NEWPORT.” Via/ Library of Congress 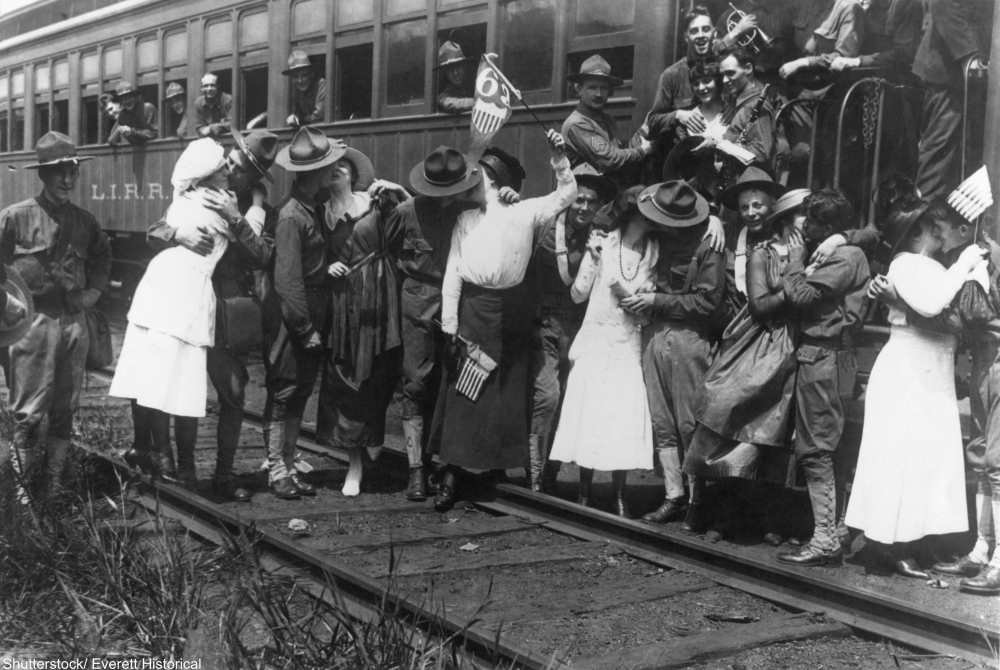 From original caption: “Sweethearts saying goodbye to American WW1 soldiers in August 1917. Relatives of the 69th Infantry of New York see their train off.” Via/ Shutterstock 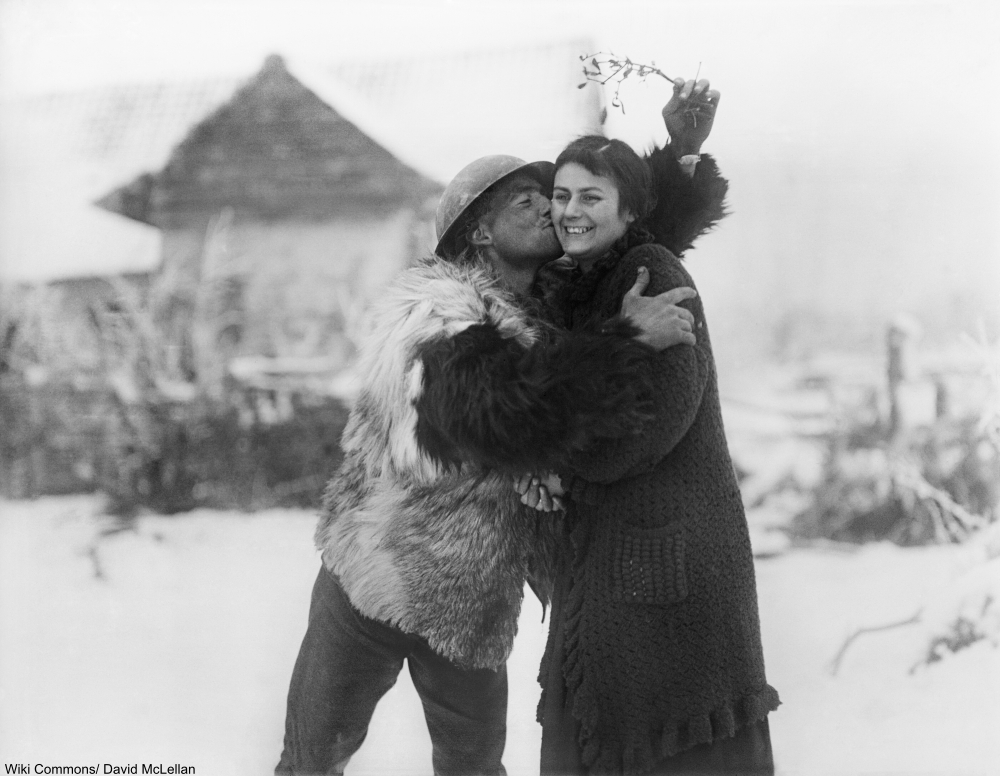 A soldier of the Machine Gun Corps in a sheepskin coat kissing a French farm-girl under a sprig of mistletoe, near Hesdin, 20 December 1917. Via/ Wiki Commons 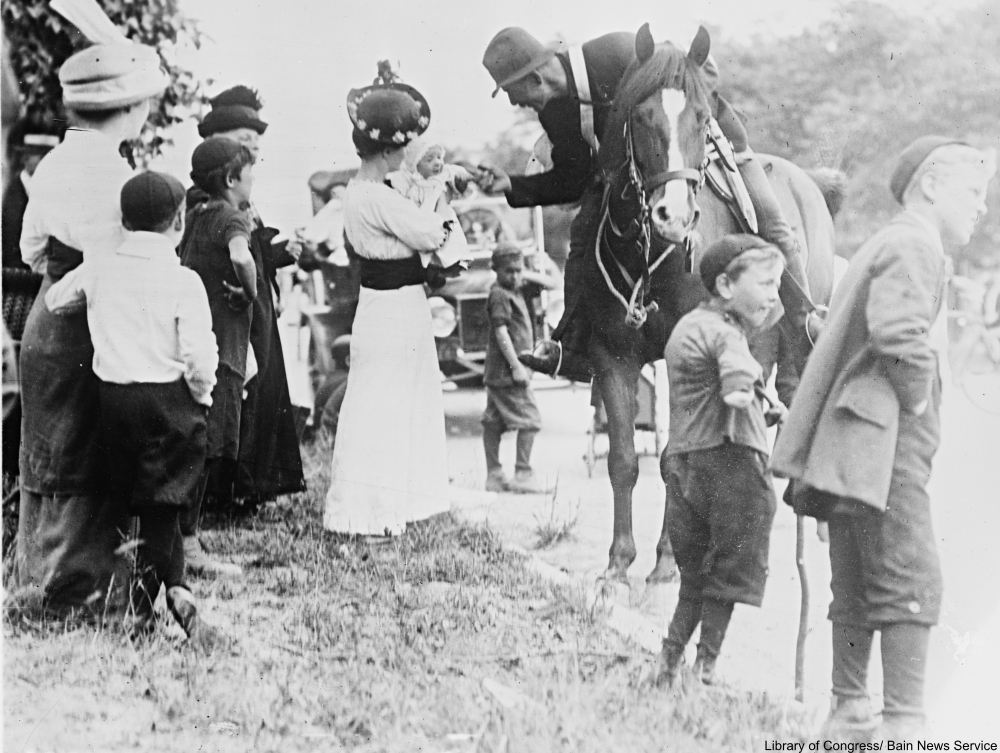 From original caption: “Canadian Artilleryman’s Good-bye.” Via/ Library of Congress 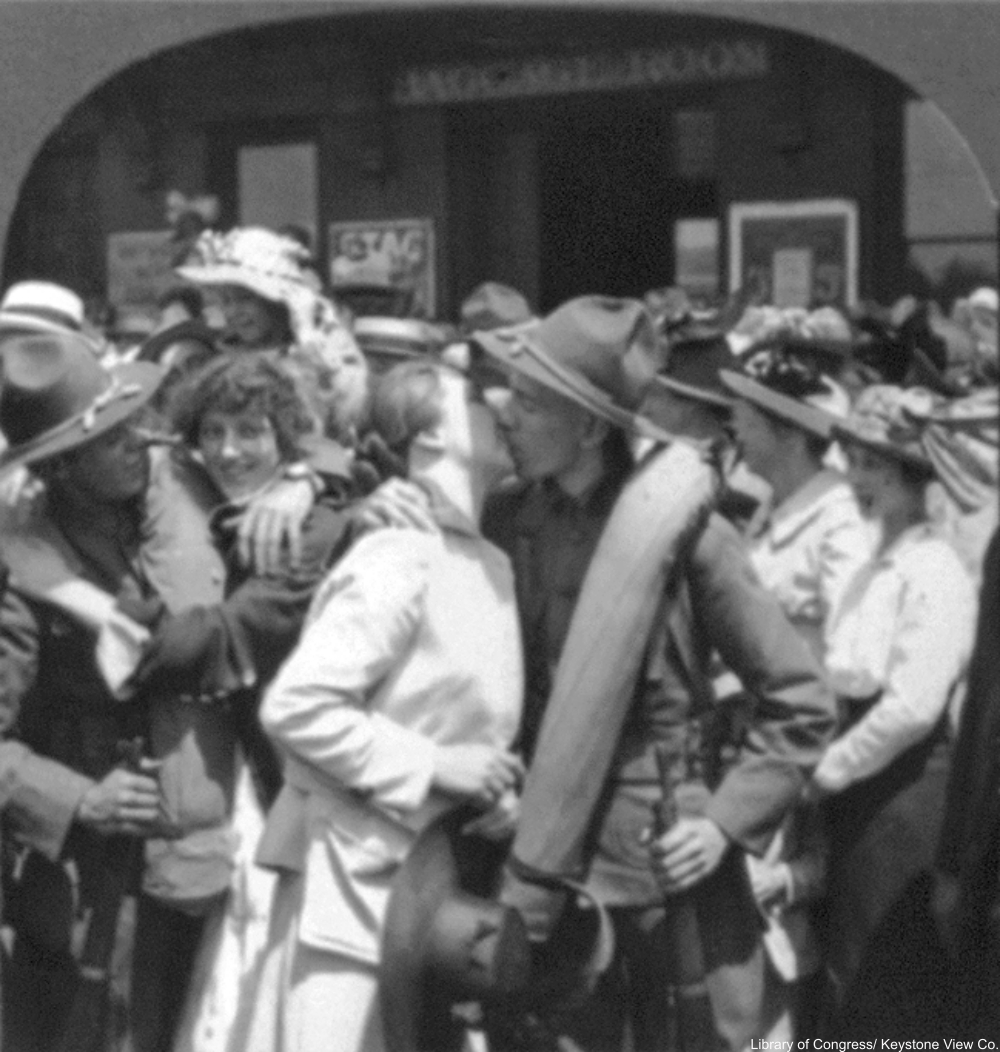 From original caption: “Love Bids Him Stay, But Duty Calls to the Man in Khaki.” Via/ Library of Congress 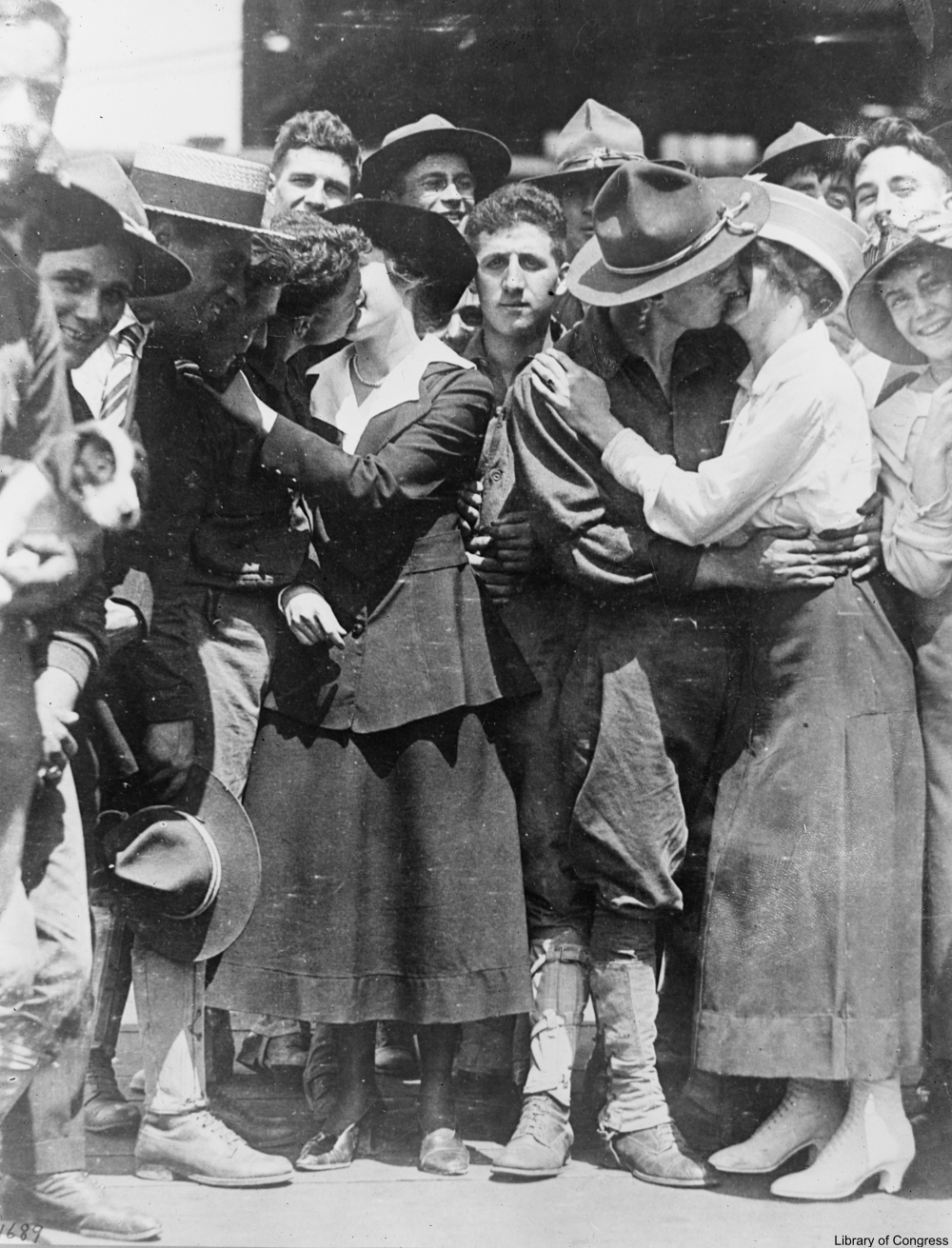 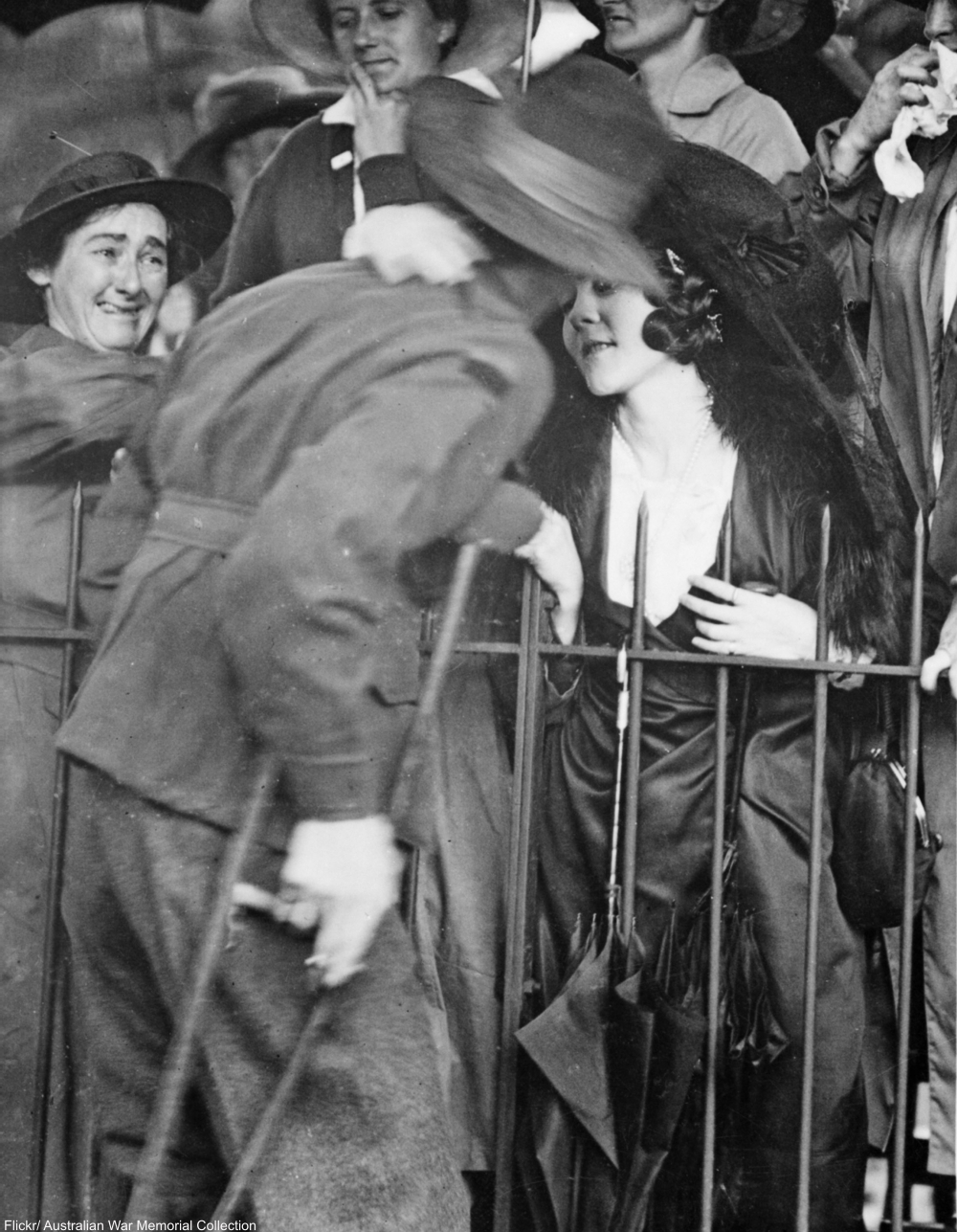 If you enjoyed this then click the “Next Page” button to see inside a WWI nurse’s own scrapbook!