Our Favorite WPA Tourism Posters From The 1930s

When Franklin D. Roosevelt enacted the New Deal policies in 1933, he created a plethora of jobs and niches for workers to fill. His historic employment of artists gave hope and color to the Great Depression. The artwork that came from the Works Progress Administration Art Project survives as some of the most graphic, bold, and recognizable artwork produced in the 1930s in America. Many of the programs of the New Deal were winding down by 1939, but the Art Project held on a little longer, with posters about the war effort being a crucial part of spreading messages to the people. The goals of giving steady work to those who had been unemployed long-term, of providing hope and stability, and of investing in the United States, worked better than most people expected it would. And, the artwork of the WPA tourism posters still speaks to us all these decades later. Here are some of our favorite posters depicting national parks and various landmarks. 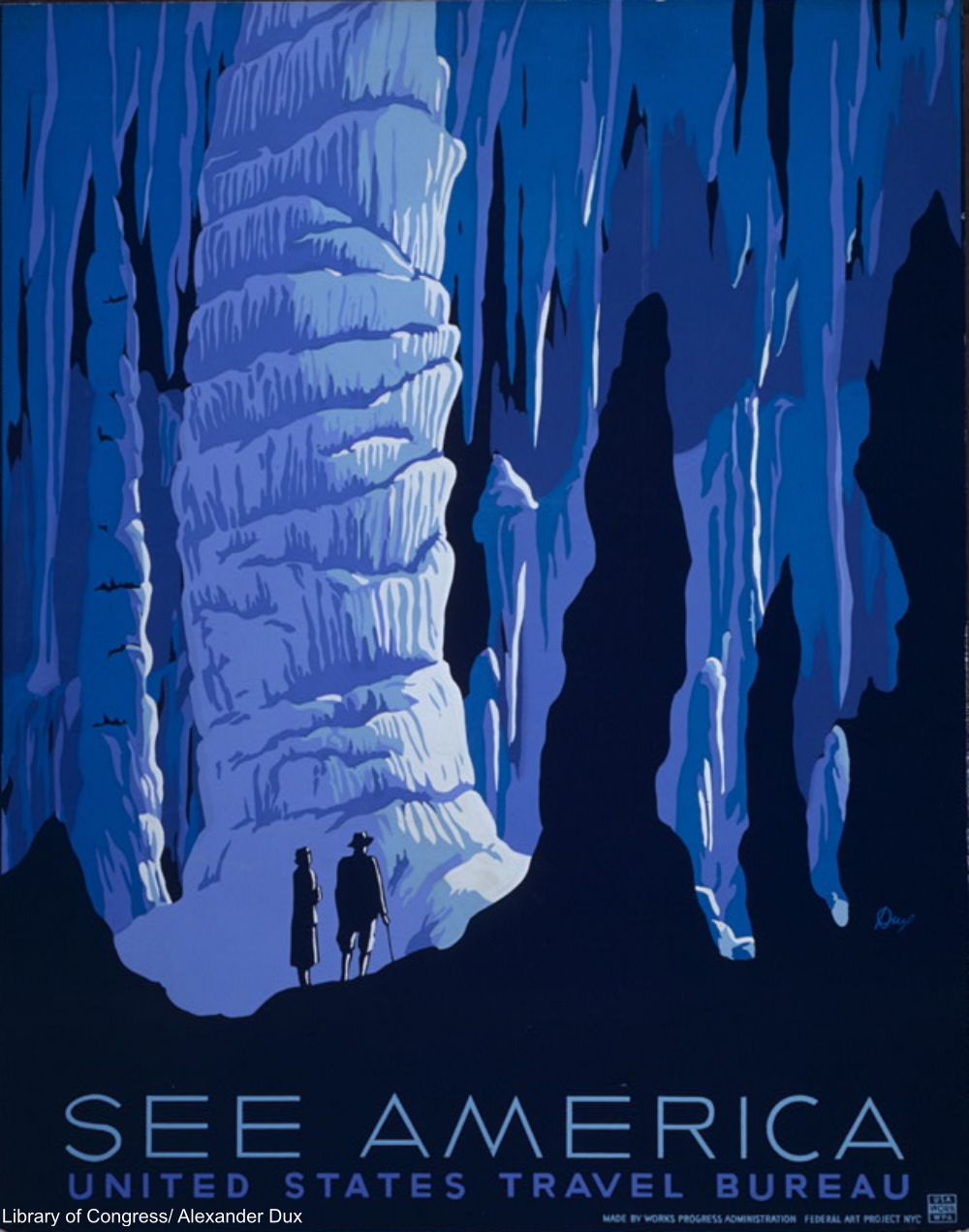 Via/ Library of
Congress 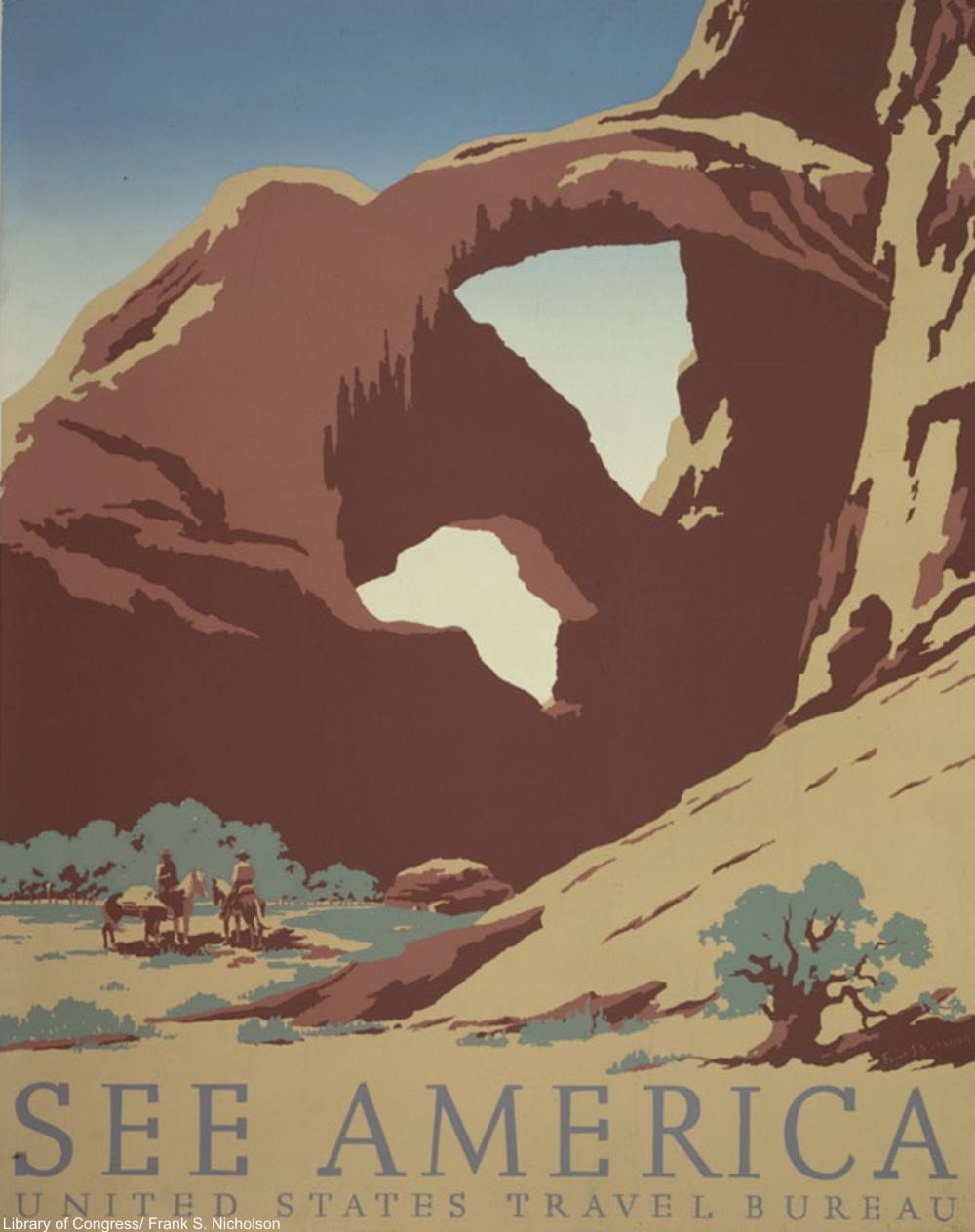 Click the “Next Page” button to see the next two!