In the early days of modern indoor plumbing, the marvels of having flushing toilets and running water to wash up with were changing the way public spaces were laid out. Ladies restrooms were areas of respite, furnished elegantly with separate rooms apart from the toilets and sinks. So, how did the ladies’ room become this bastion of all things feminine? Well, the answer is a bit complicated. 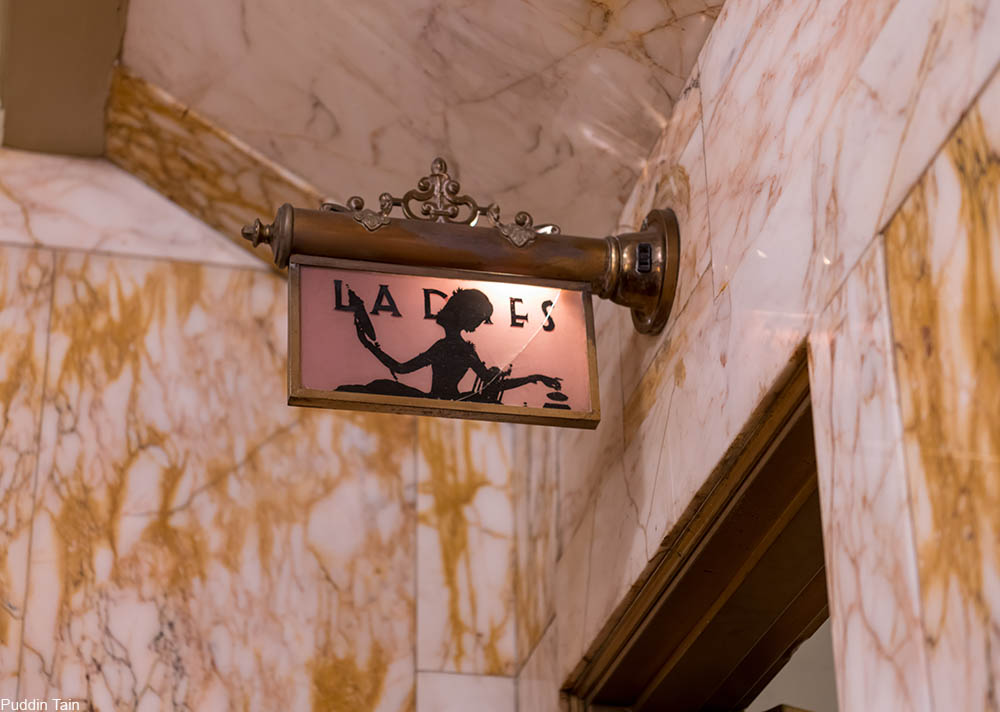 The first flushing toilets were considered almost magic. The pull chains and wooden seats were a huge step up from family potty chairs, chamber pots, and cold outhouses. There was so much interest in fact that a display at the Great Exhibition of 1851 in London was set up. For a penny visitors were treated to a clean, flushing toilet, comb, towel, and a shoe shine- something around 675,000 exhibition customers took advantage of.

At the time women’s clothing was restrictive to say the least, with an army of undergarments dictating a woman’s every step. For this reason, many women wore split pantaloons for convenience when using the toilet. However, even with this concession it was still a chore to use the toilet, especially in all one’s finery for a night out. 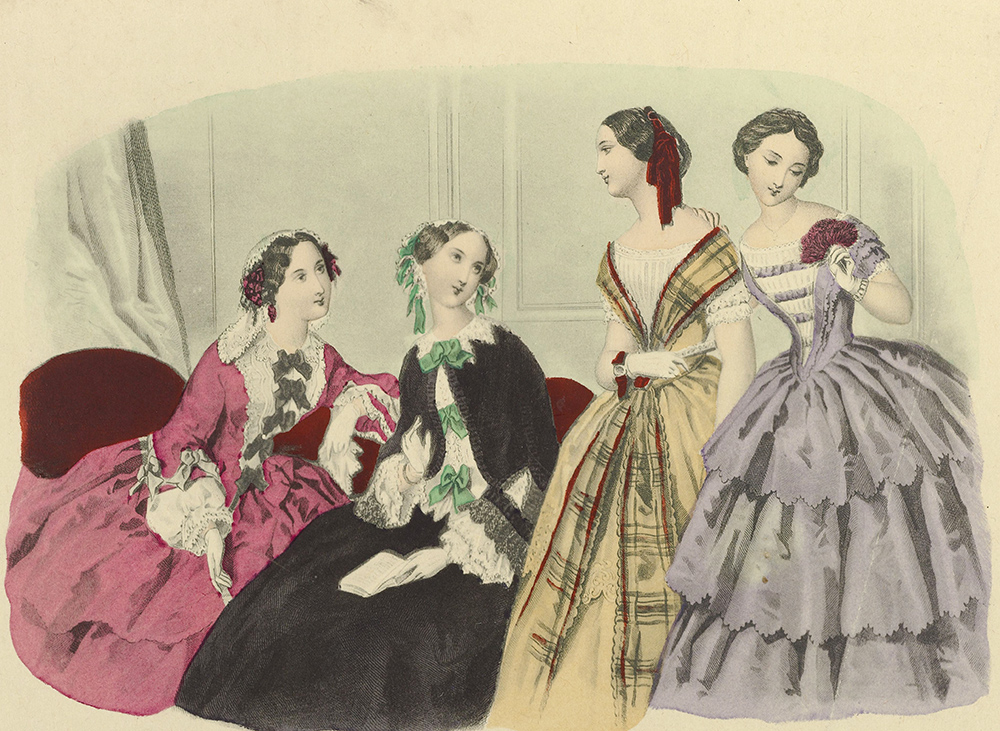 The first modern women’s restrooms took this into account and that is one reason why there are separate rooms in old style ladies’ rooms. They were used as dressing rooms so that women could have a place to get dressed again after having disordered their clothing in order to use the bathroom.

Not only were the Victorians fussy about fashion and modesty, they were also hung up on the idea that men and women should socialize in largely separate spheres. During the Industrial Revolution for the first time many families were divided as men began working outside the home in droves, upending the family dynamic which at one time saw women as a key component of family-run farms and cottage industries. The segregation of the sexes became linked to morality in the Victorian era.

Many people at the time believed that women were not in their element in public and that, since they only knew home life, outings would be taxing for them. The parlors attached to ladies’ restrooms were furnished with chairs and chaise longue couches and often ornamented with wallpaper, flowers, mirrors, and other decoration. This was supposed to feel like a woman’s own sitting room, giving her a “home away from home” feeling. 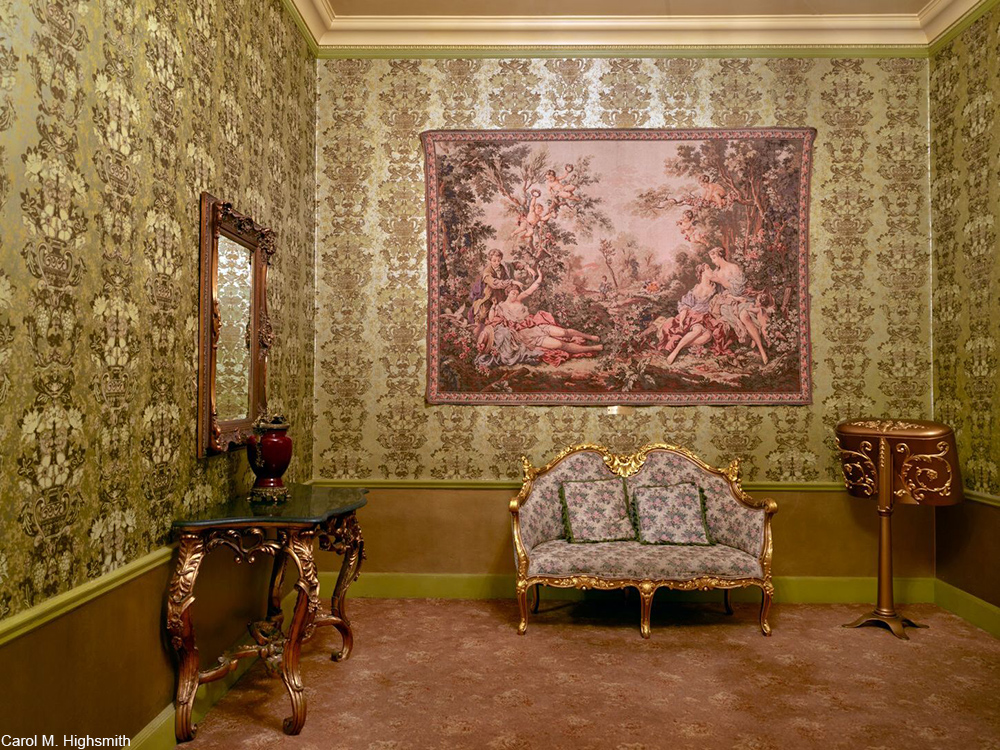 Ladies’ restroom with wallpaper and gilt furnishings at the Ohio Theatre in Columbus, Ohio. Via/ Library of Congress

The concept of sex-segregated and private spaces for women was very popular during this era. In larger houses, entire rooms were intended to be devoted to either men’s activities or women’s. Places like libraries, bars, and billiard rooms were for for men, while morning rooms, parlors and reception areas were for women. And, this thinking carried over into the design of upscale places like the theater and the opera.

Indeed, the first ladies’ parlors inside hotels and theaters were not even attached to toilets and came long before indoor plumbing was common. However, they served a dual function once plumbed toilets became standard issue. 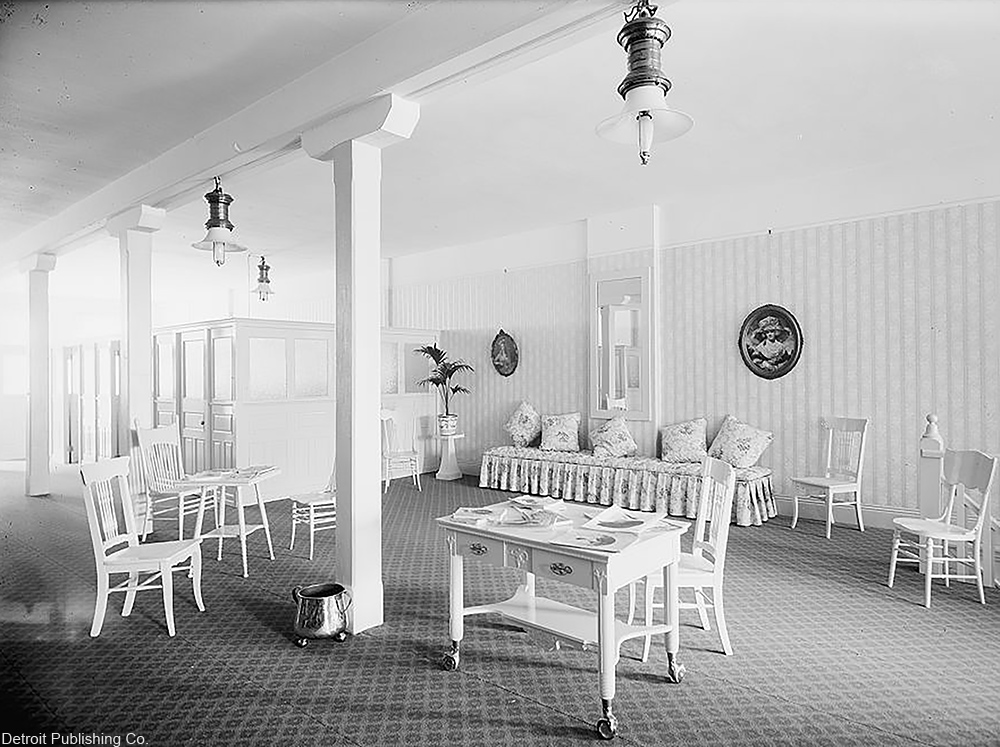 The ladies’ room became a convention that has endured long after women’s clothing became less restrictive. The idea of using the ladies’ room as a place to get ready or to have a private conversation with one’s girlfriends has become the norm. And, powdering one’s nose, with the widespread use of makeup starting in the 1920s and 1930s, has become a ritual long associated with elegant evenings out. 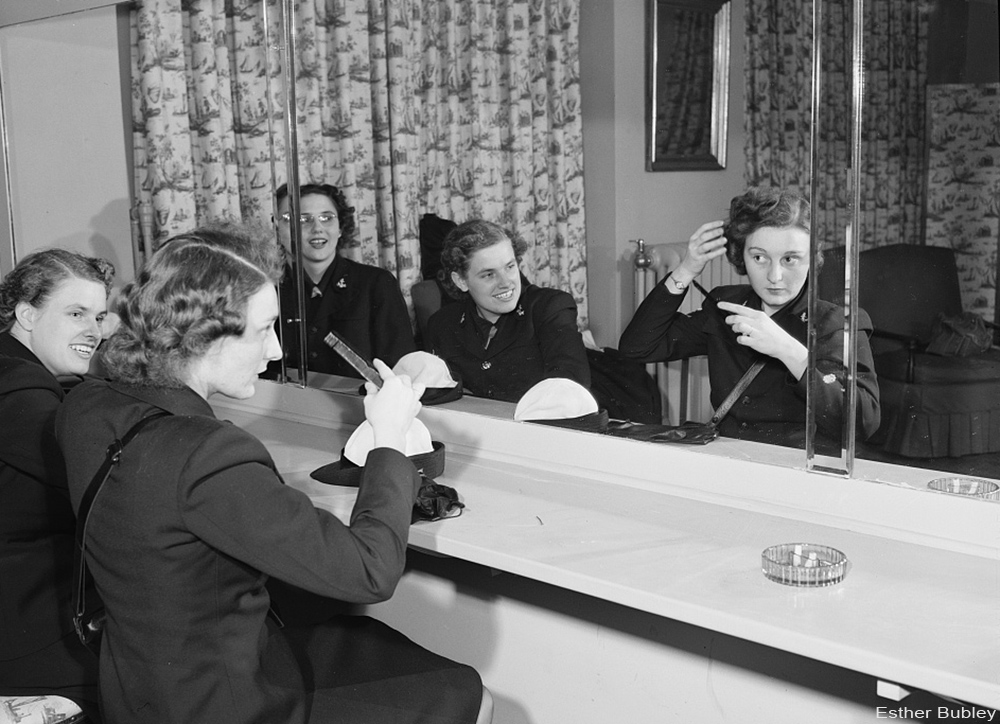 Washington, D.C. A group of WAVES (Women Accepted for Volunteer Emergency Service), just off a train, freshen up in the powder room at the United Nations service center, 1943. Via/ Library of Congress

In the 20th century, even though these extra rooms were no longer strictly necessary, women still enjoyed having a place to touch up their hair and makeup. It also made for a convenient place to wait if you arrived somewhere early. It just shows how much our attitudes towards restrooms have changed that this is no longer the case. 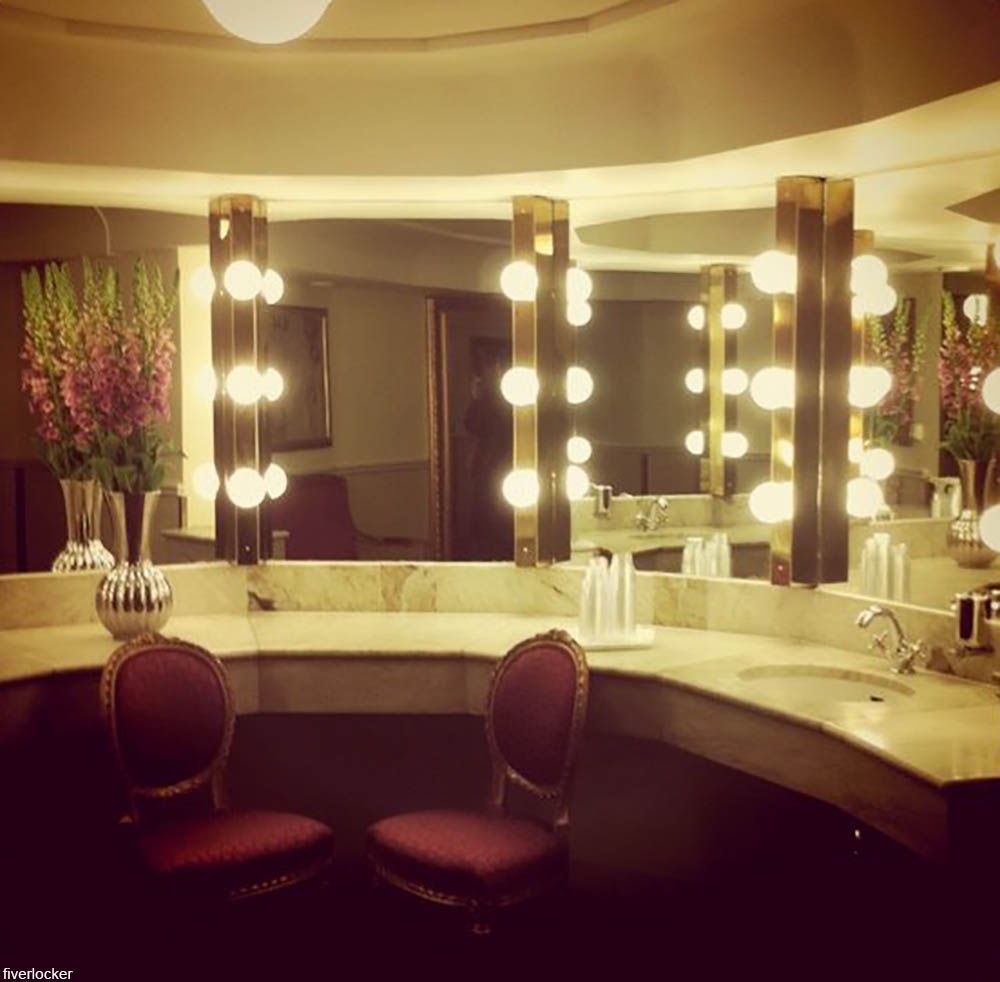 Inside the ladies’ restroom at the Grand Hotel in Stockholm. Via/ Flickr

Today, many of the old style of ladies’ room are becoming things of the past as buildings get updated. But, there are a few still out there in the wild- relics of another age when a night out was a big deal for a lady.