The Winchester Mystery House in San Jose, California, has long been a subject of interest for those who love the Victorian style and the lure of the paranormal. The house was said to be built in a confusing fashion in order to befuddle ghosts who might wish to harm Sarah Winchester, wife of the gun magnate, William Wirt Winchester. She had been told by a psychic to do this since the many deaths her husband’s guns had caused would lead to hauntings. Sarah had plenty of money from her generous inheritance and the large share of the Winchester Repeating Arms Company she now owned. She outlived her husband and son by many decades. 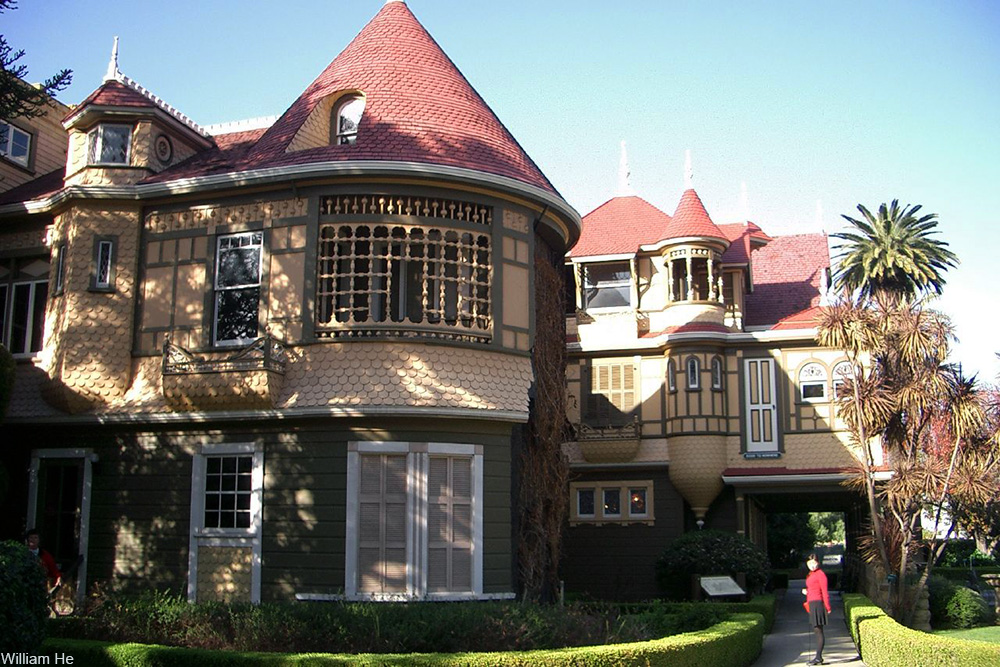 Upside down turrets and doors to nowhere are common sights at the Winchester House. Via/ Flickr

The house was added on to with many things that don’t make sense. Stairways and doors lead to nowhere, and windows abound in this hodge podge mansion. It may seem confusing, but at the time it made total sense to the widow Winchester. And, she had the money to burn.

There are many gorgeous windows in the building, some in the shape of spooky spiderwebs and others in more traditional stained glass configurations. 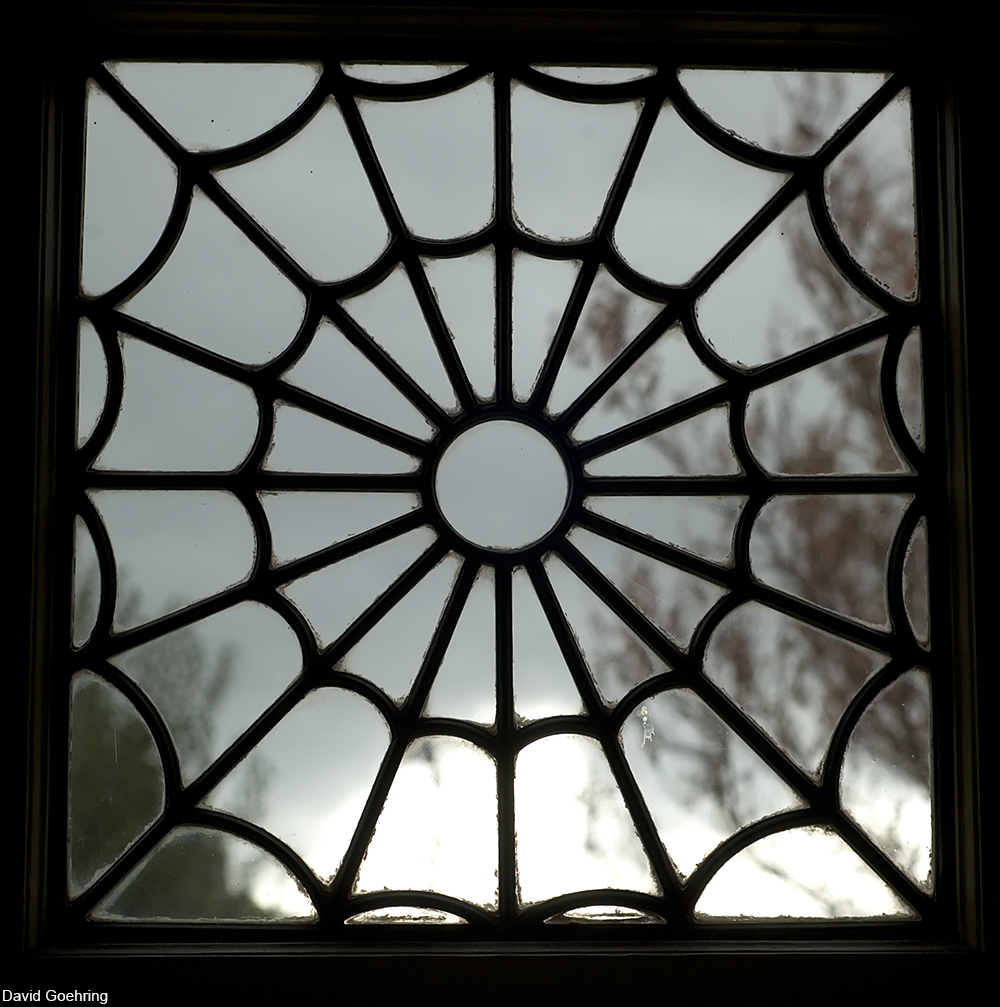 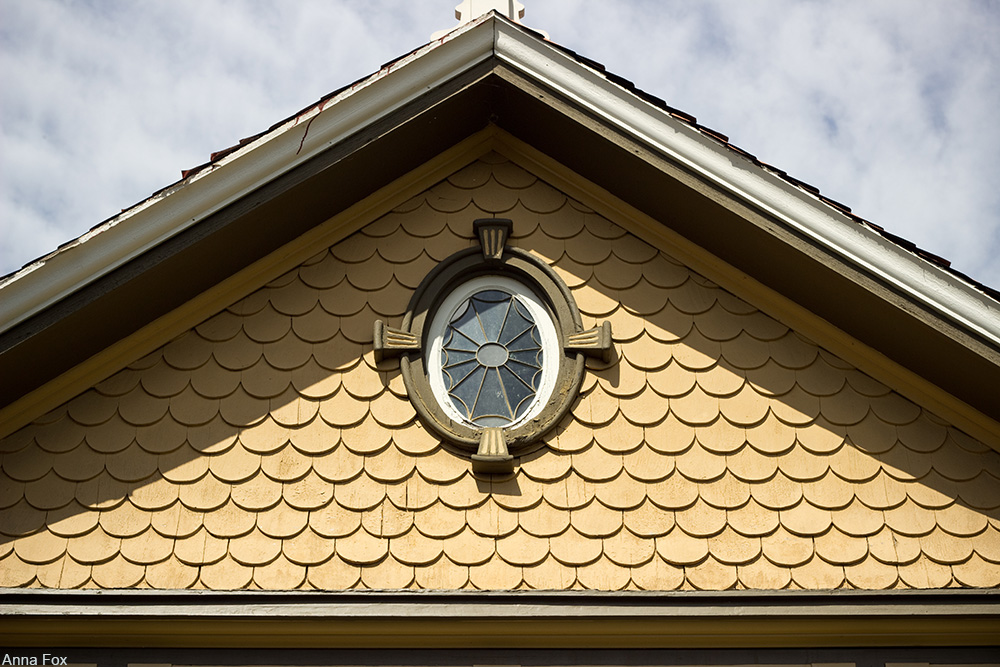 But, there is an aspect of the building’s construction which has puzzled historians for a long time. Folklore around the stunning Victorian home is that the windows were made by Louis Comfort Tiffany Company, in operation from 1878-1933. This was exactly the time frame in which Sarah’s home was being altered, but the style doesn’t scream Tiffany to those in the know. 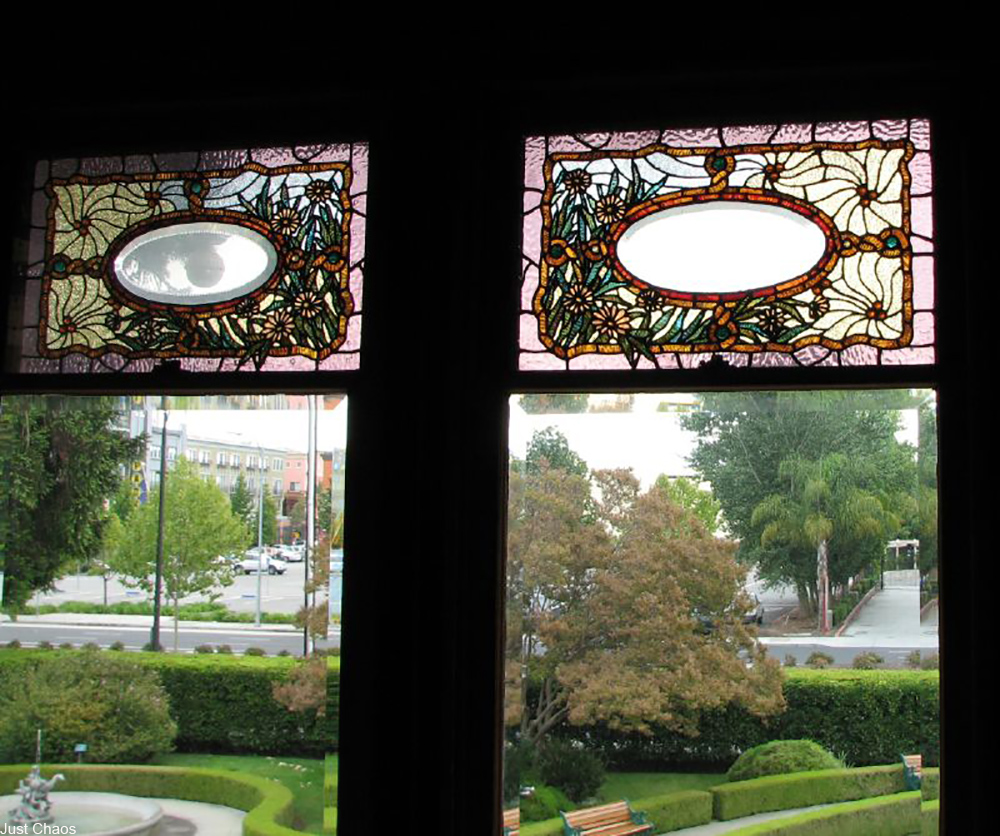 Recently an envelope was found inside the walls of the house from the Pacific American Decorative Company was discovered when restorations were being done to one of the many dining rooms at the Winchester House. This company was founded by John Mallon (b. 1828 d. 1897) who had originally come West during the Gold Rush in order to strike it rich. When that didn’t happen, he turned to glass making in 1858, making his home in San Fransisco. This turned out to be quite the lucrative move, as he was later hired to create the memorial window for the Stanfords (yes, of Stanford University) as well as the windows at the Winchester House and many other high profile projects like the stained glass for the original City Hall in San Fransisco. 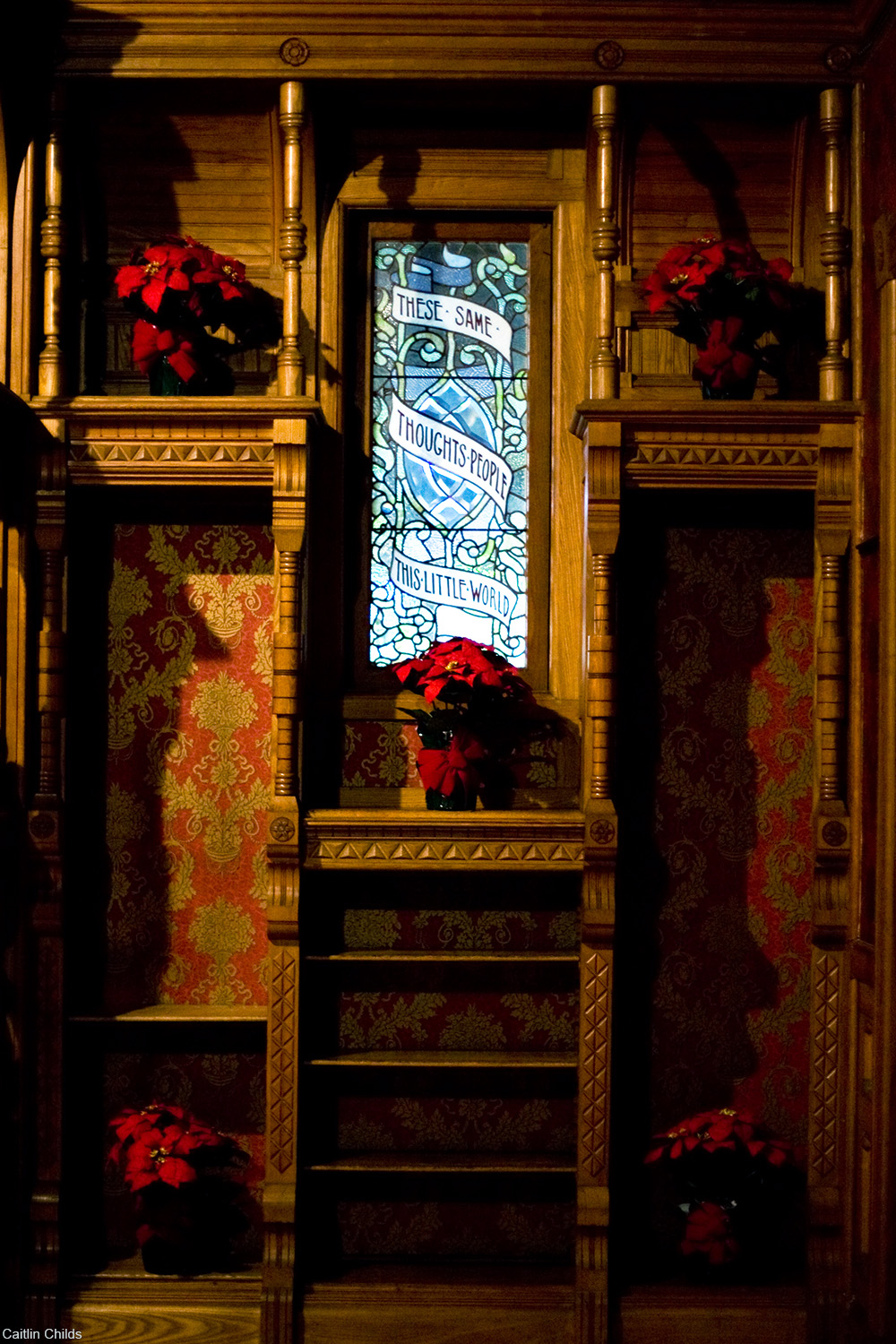 On the envelope is written “Warren $18” probably in Sarah Winchester’s own script – no doubt a reminder of money owed to one of the many skilled workers who made the house what it is today. The envelope is somewhat of an unusual find since staff at the house have said that they don’t usually dismantle things in order to do restorations unless absolutely necessary. They just happened to need to this time and it provides yet another small puzzle piece to the construction and design of this one-of-a-kind house. 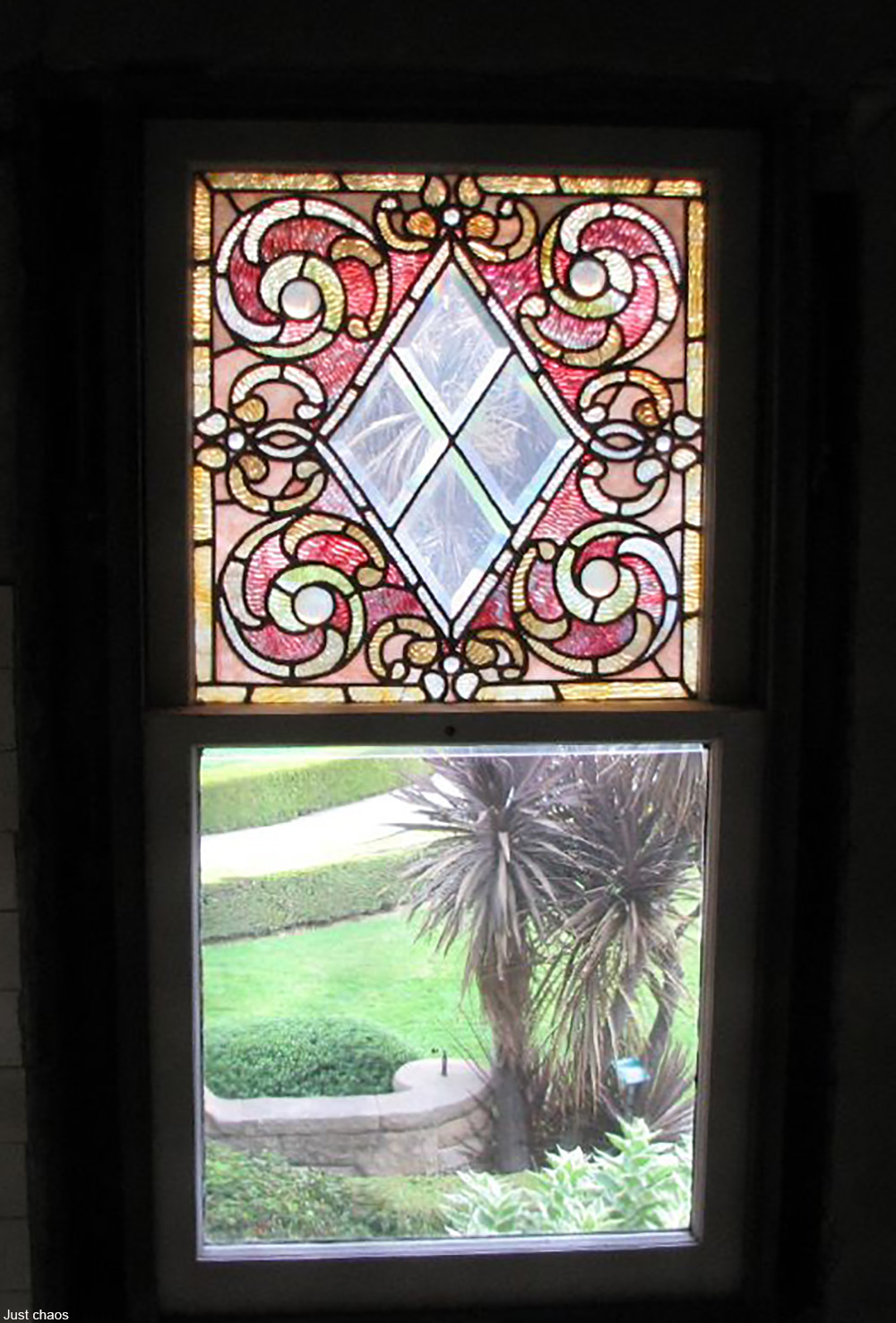 The house was first built in 1884 and was bought by Sarah in 1886 – at the time just a humble unfinished two-story farmhouse on the outskirts of town. She later named the property Llanada Villa, a name largely unused today. Between 1890 and 1900 Sarah built up the house to the grand proportions we see today, and construction reportedly never ceased on the building until her death in 1922. 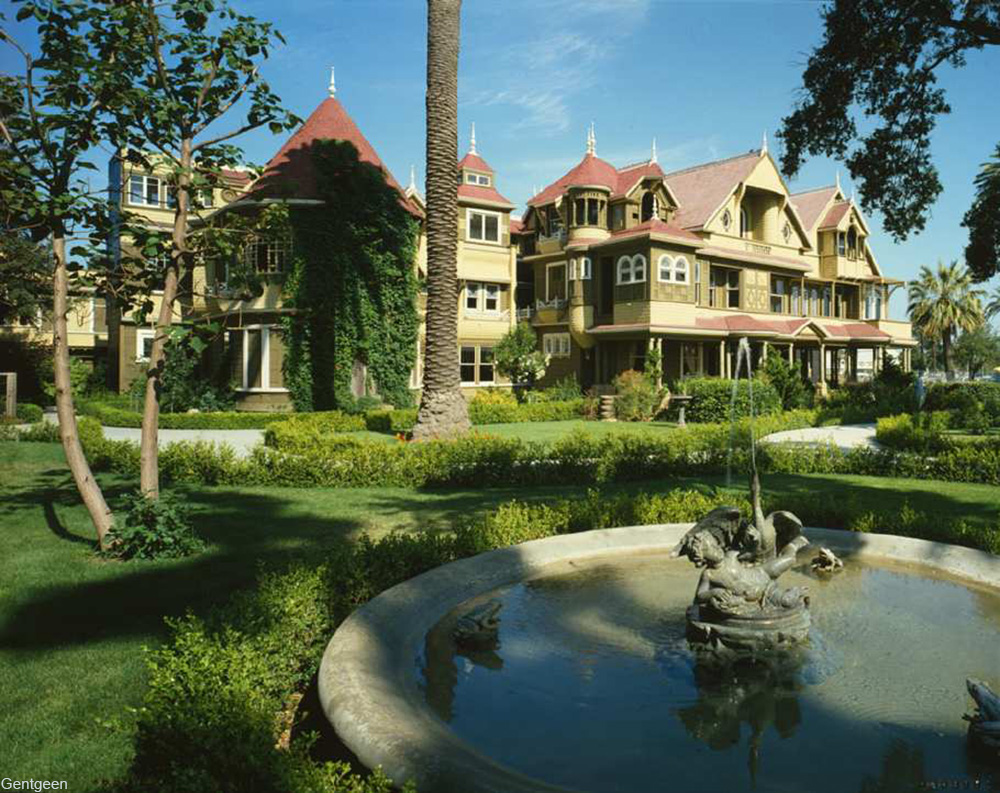 Despite the folklore that the windows were made by Tiffany, some of which are beautiful stained glass, this rumor can now be put to rest since there is evidence linking a well-known local window maker with the house. 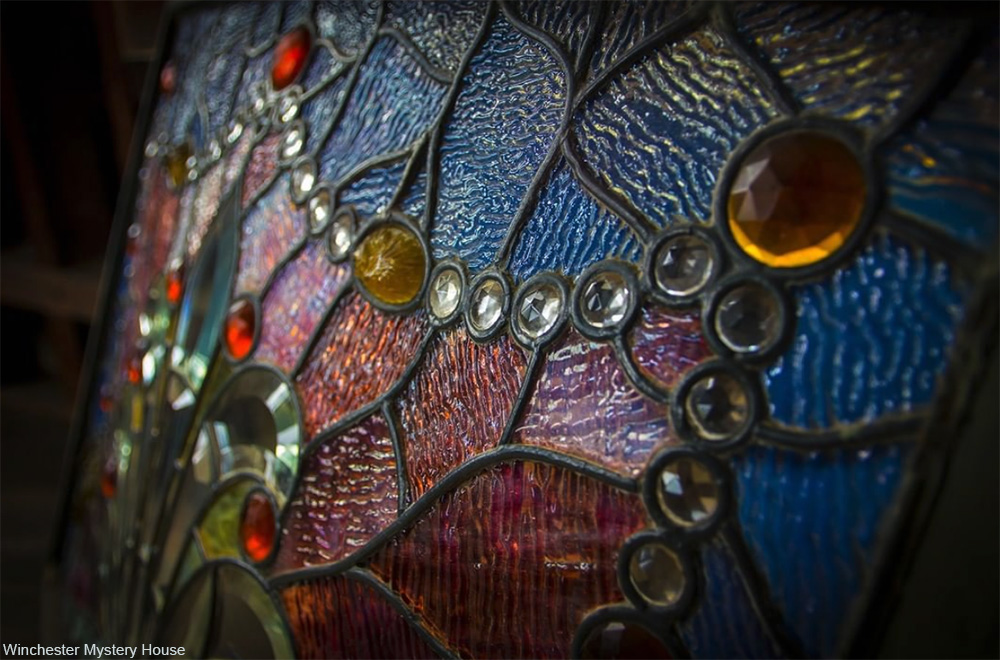 While it would have been great if they had been Tiffany, the styles are just too different. For one, Tiffany didn’t work in beveled glass, a feature which is present in many of the Winchester House windows.

Many of the whisperings about the “Tiffany” windows will probably linger for a while since it is a tantalizing little factoid. However, we can’t help but think that perhaps Mallon wouldn’t be so miffed that his work was mistaken for Tiffany had he known what a splash Tiffany would make in history’s pool.