Divorce wasn’t legal in England until 1857 and even then was not an easy or inexpensive process to go through. Men had to prove their wives had cheated on them and women had to prove that there was child abuse in order to get a marriage over and done with. And, when a married couple could prove these things? The cost was in some cases more than a working class man would make in a whole year! In desperation some men turned to wife selling to solve their problems. 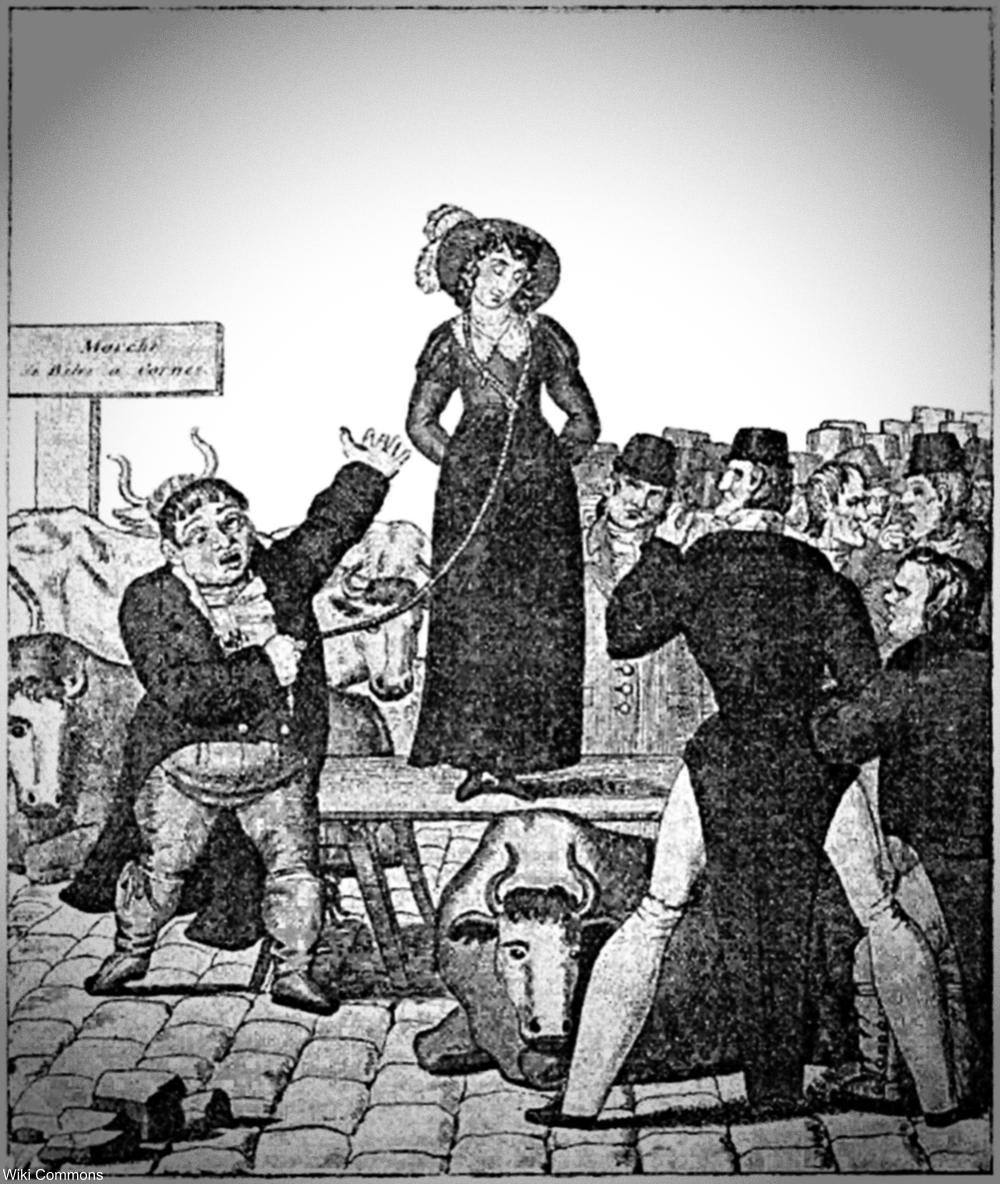 Satirical drawing from the Georgian era shows a wife being sold like cattle, but this often wasn’t how it was done at all. Via/ Wiki Commons

While the term “wife selling” sounds truly horrific, it was more of a divorce and on-the-spot remarriage all rolled together. It was a way for women to avoid becoming destitute while also giving them another chance at happiness. This strange part of history sounds gruesome today, but for the poor, was often the only way out of an unhappy union.

And the price of the wife usually wasn’t all that high. This was not a reflection of any worthlessness on her part. On the contrary, the low price often signified to all involved that this was simply a formality. Often beers or liquor were used as the payment itself, sometimes even with the wife present and also enjoying a hearty drink. The use of drink to cement an agreement was common at the time and the ritual of drinking together was more symbolic than anything else. 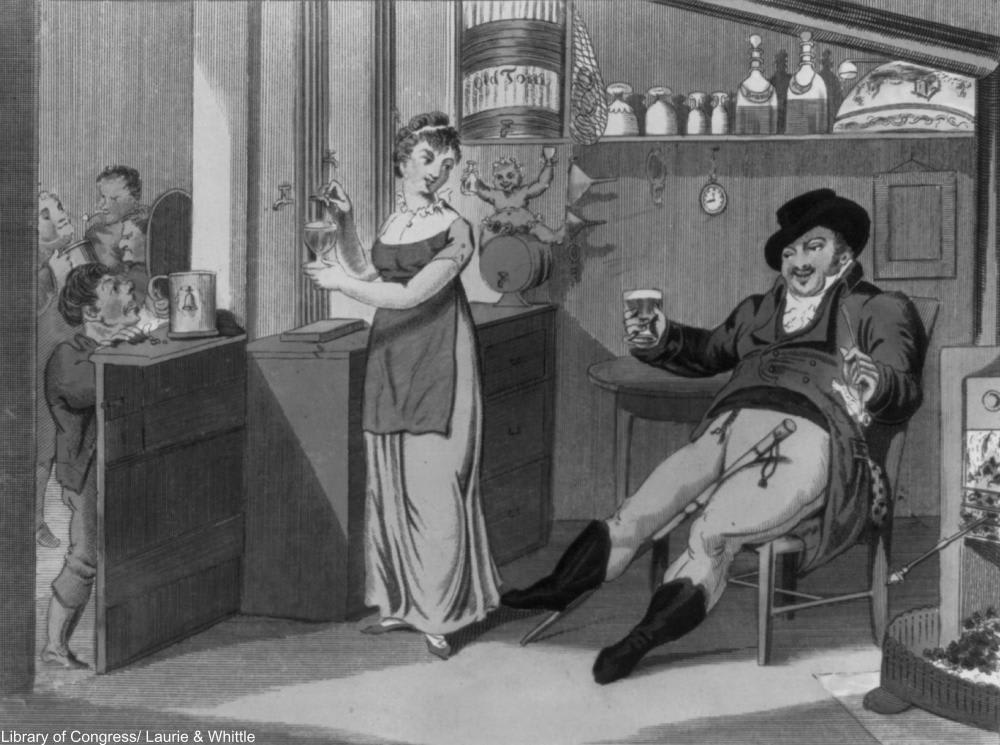 Even after divorce was becoming more common at the end of the 1800s, it was still well out of reach for the working class. Wife selling was the poor man’s alternative and often the wife was quite happy to be rid of him. As to what conditions she was “sold” into, the arrangement was not as a servant. Or, rather, not any more of a servant than she would have been in her previous situation. Often times the wife was happy to be able to start afresh.

As awful as it sounds today, one way that a man could set an unhappy or cheating wife free was to sell her off. It wasn’t considered a harsh thing to do in the 1700s and 1800s in England. In fact, the man he sold his wife to might have been a friend, neighbor, or even the man she may have cheated on him with! 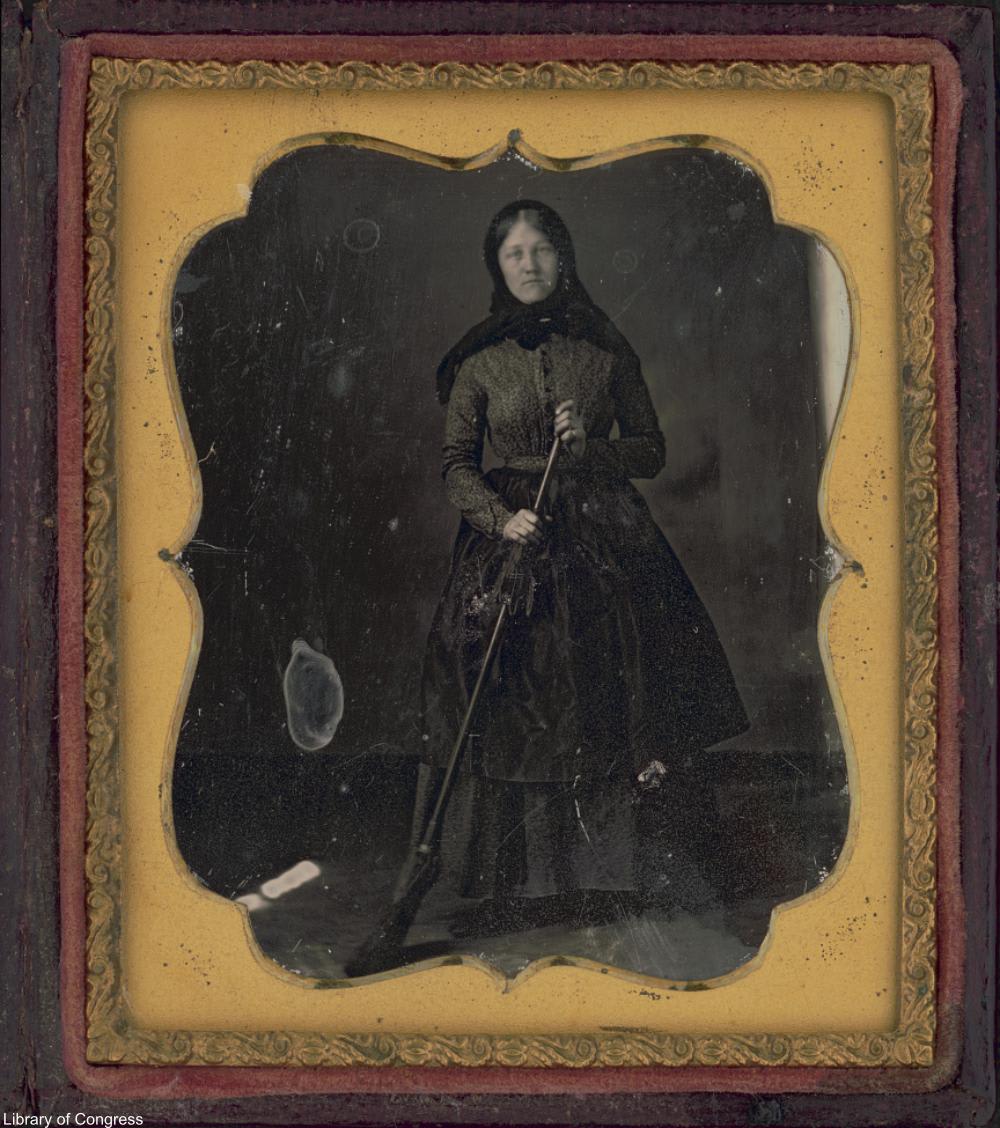 Well after divorce laws were made more accessible in England, they still left women entirely penniless since money and land followed decidedly male interests. The only way a woman avoided this was if she and her husband had a formal contract drawn up wherein he willingly split his estate with her and this was not a likely scenario for the poor.

Not only did it give the wife a chance to start fresh, the husband was also given his freedom. In a world with limited record keeping and virtually no cross referencing, this meant that both parties were free to remarry. While this folks custom wasn’t a separation sanctioned by state or church, wife selling nonetheless was practiced by many working class couples who just needed to begin again. 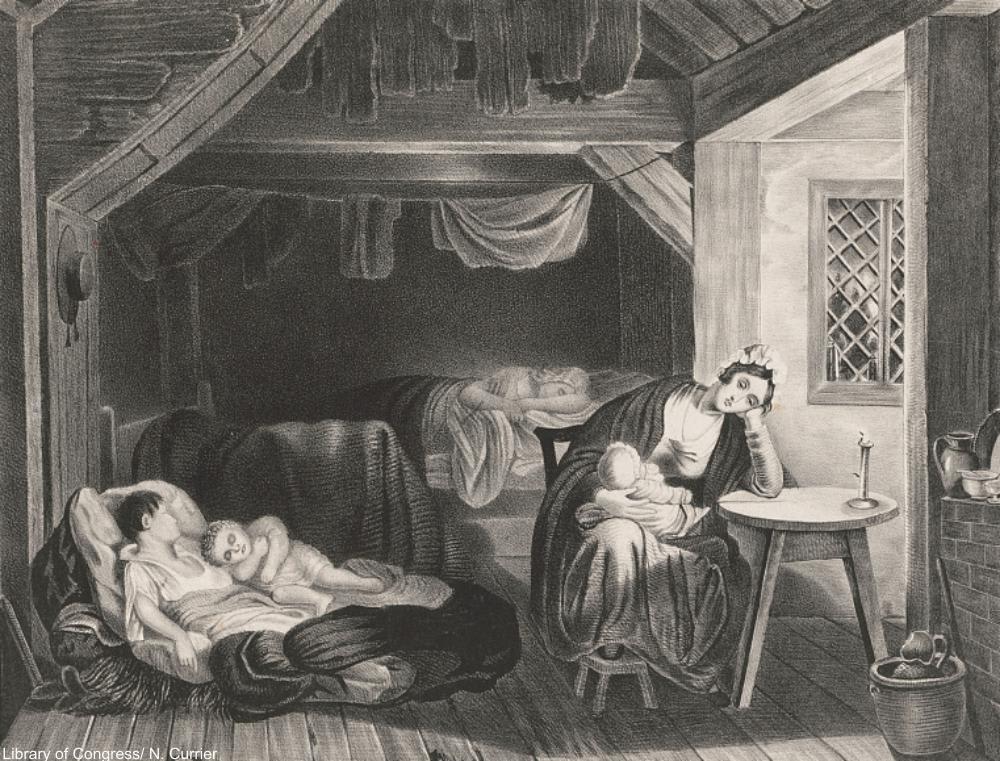 And what happened to her children by her first husband? They were often sold with her which meant that her second husband was taking on quite a lot of responsibility and was not entering the situation lightly. Some historians have even called this an “empowering” practice since it, at least, did take into consideration the wife’s needs.

7 spooky fads from the Vitorian era: Click “Next Page” below!