Even if you weren’t a kid in the 1960s or 1970s, there was no doubt that you were exposed to this renaissance style. The original French Provincial (or Provençal) from the 1800s was already an ornate country version of more sophisticated gold 1700s Rococo furniture, but the added complexity of 1960s flair often pushed these pieces over the top. Distressed formica, gold accents, avocado green, decal flowers, and baby blue were just a few of the looks which made this style synonymous with the era. 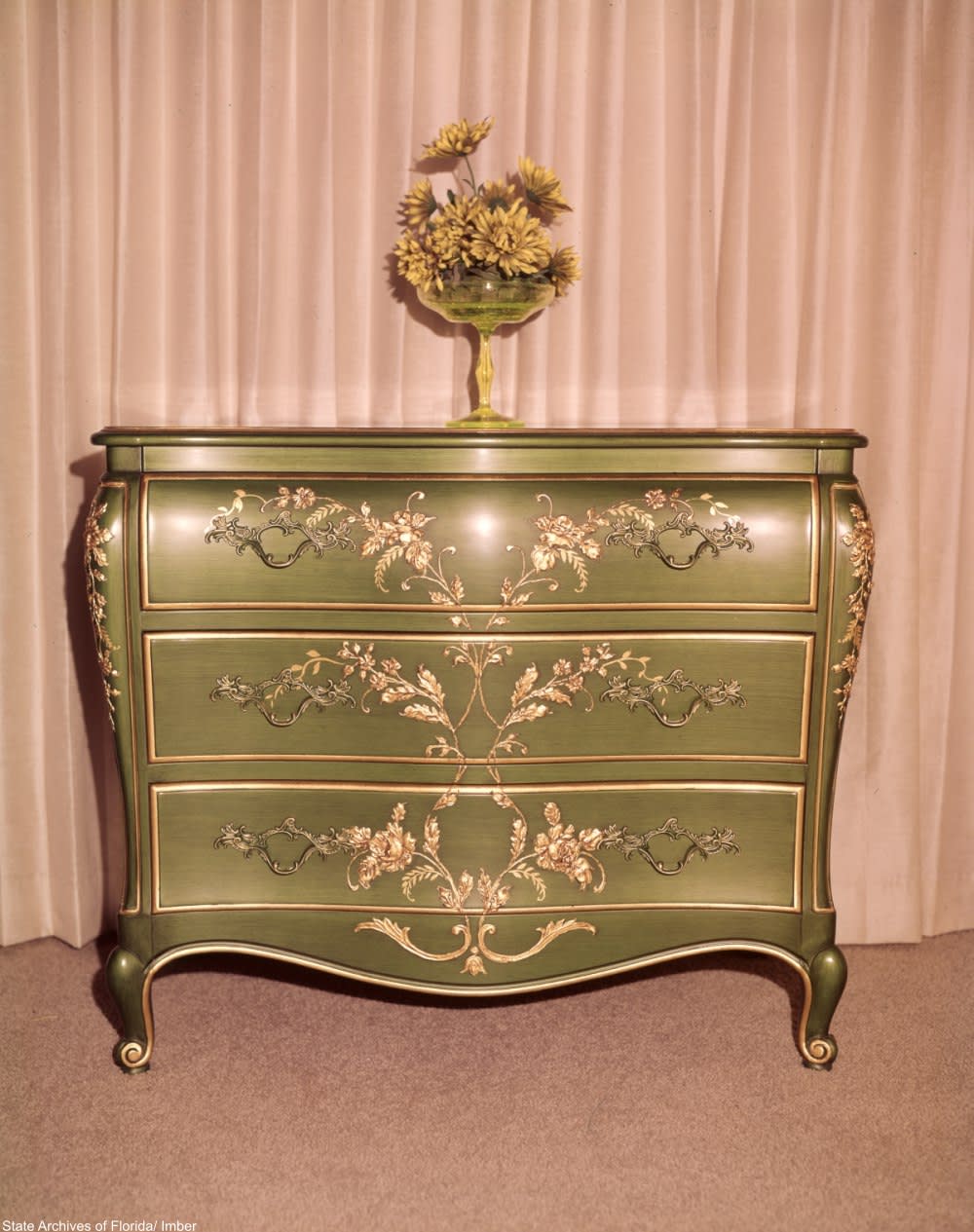 This not-so-subtle furniture was thought of as modern at the time and was rather chic for the family home. They seemed to be everywhere in the 1950s-60s but lingered on well after that. 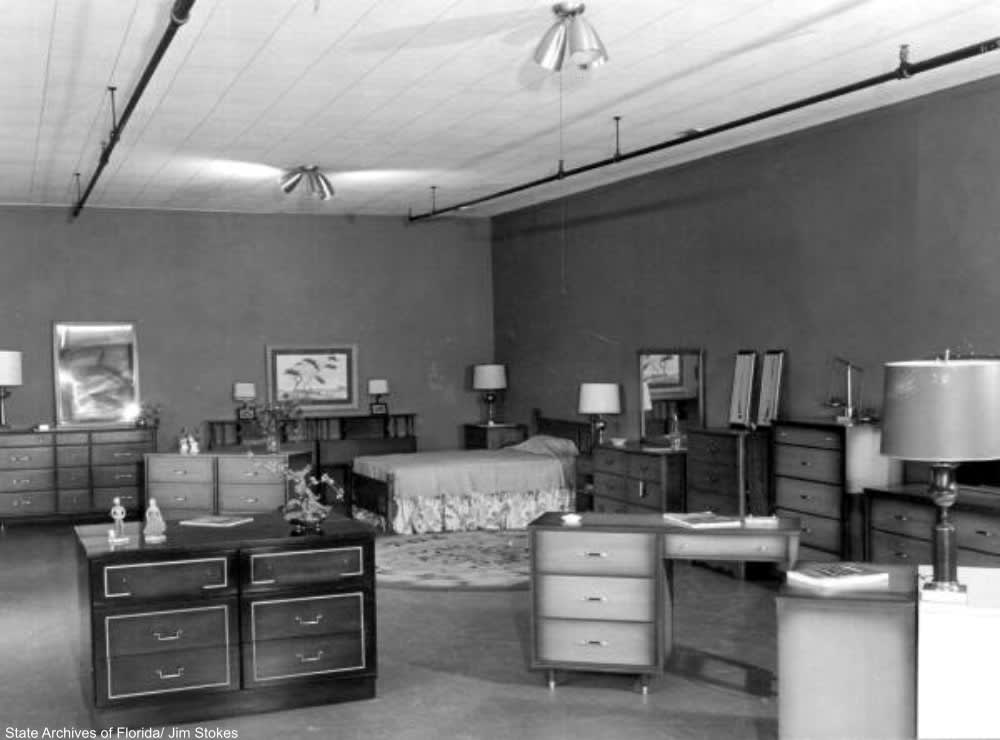 The 1950s-1970s were awash with these faux leather chairs. Today some people don’t even know the difference between real and fake leather, but back during the Mid-century era, the phrase naugehyde was used quite a bit. It was seen as a colorful, durable, cost-effective alternative to leather and it was on dining chairs, sofas, headboards, and much much more. 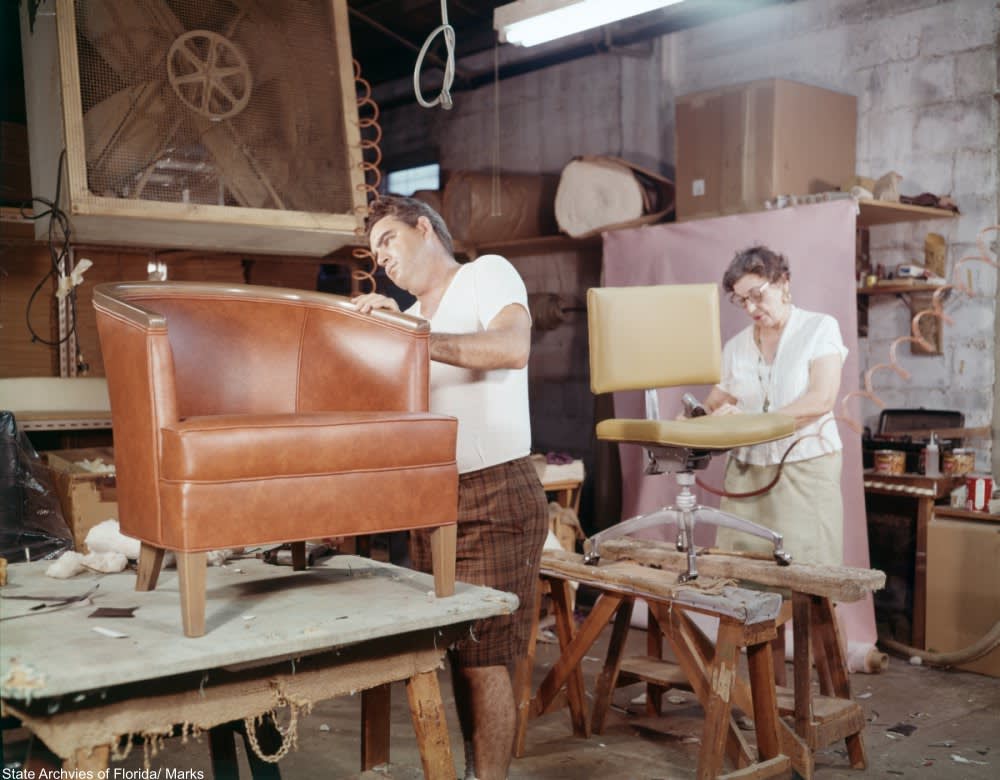 There was some shapes that are just really classic. If you didn’t have this rocking chair in your childhood home, then probably your aunt or grandmother did. And there’s a reason why this style of chair was so darn popular: it looks good and is really comfortable to sit in. 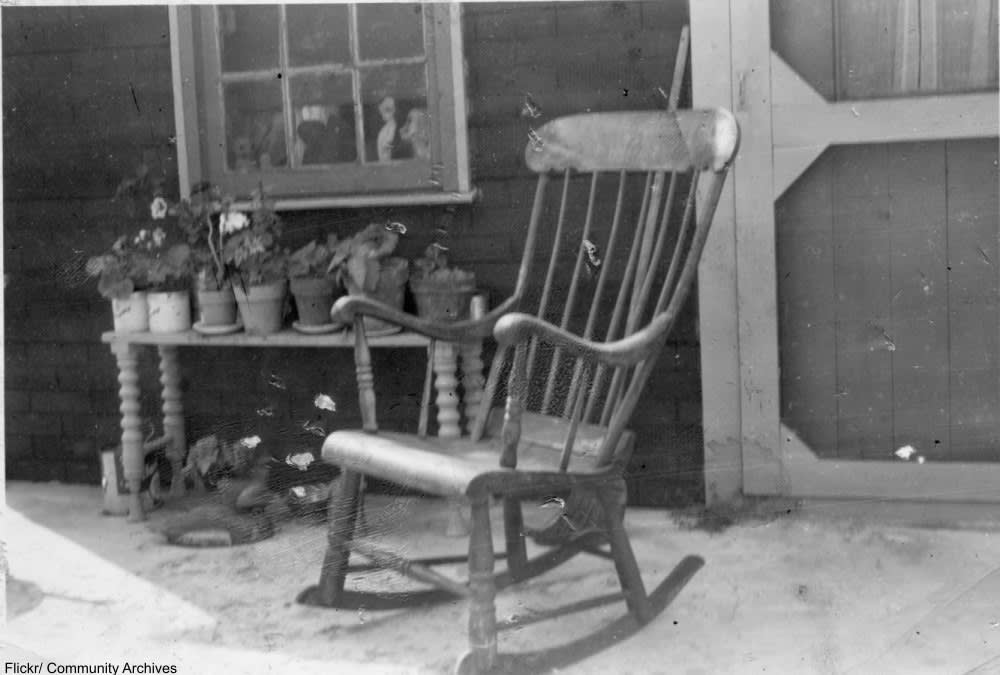 This style is still around, but we don’t see nearly so many ruffled skirts on the bottoms of couches as we used to. This look was once considered quite homey and welcoming, which is why so many living rooms contained sofas with these skirted bottoms. 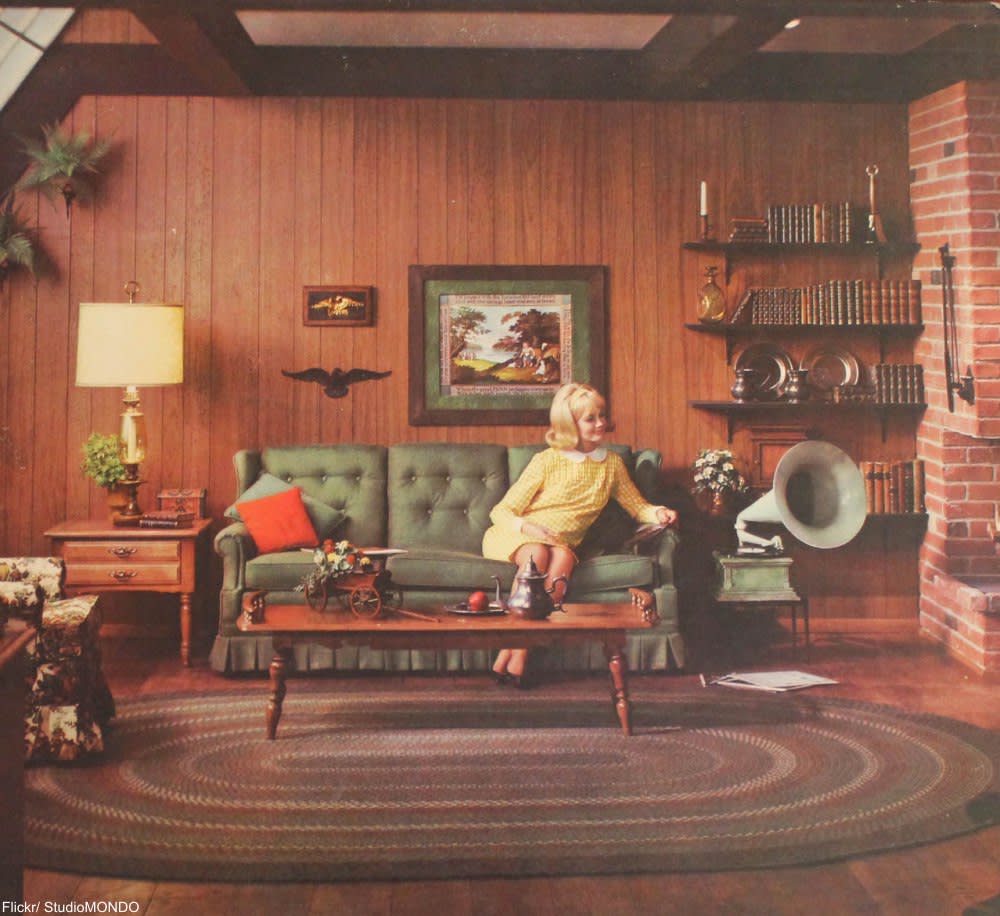 The last word in cutting edge sleep technology in the 16970s-1980s was the unlikely waterbed. If you never slept on one these at home, then you almost certainly did while staying with family for the holidays or during a sleepover. While many people claimed these beds were great for your back, most people knew after a few nights on one that waterbeds were a young person’s game. Still, these beds were thought of as the sexy new thing: a must-have for a modern home. If you had fur, velvet, or satin to dress the bed then all the better! 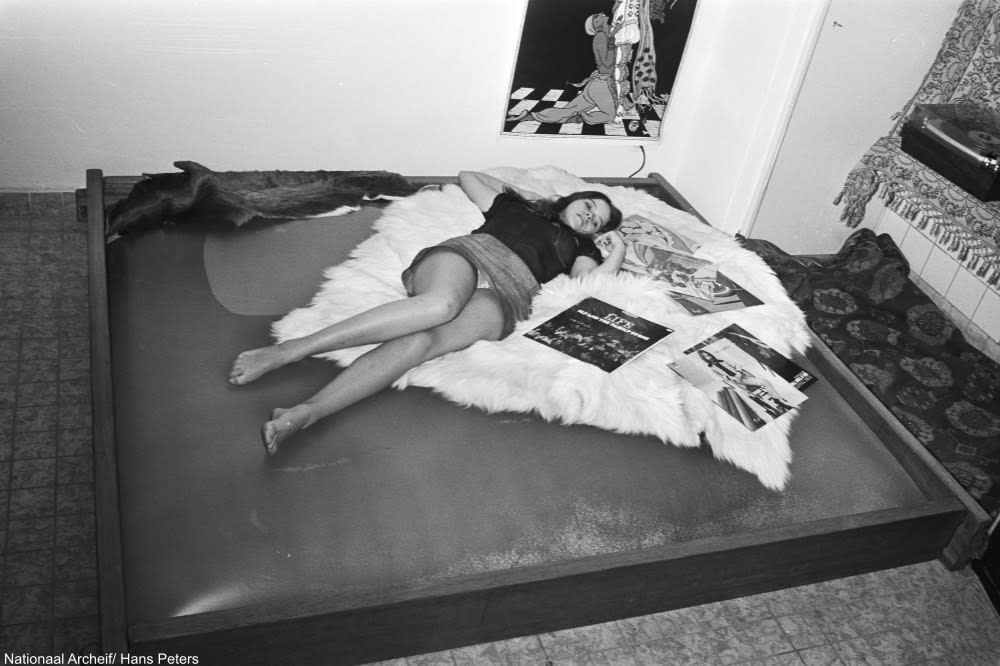 Things you probably never knew were made out of jadeite: Click “Next Page” below!