The gruesome fate of the poor victims of the eruption of Mount Vesuvius is recounted as a true tragedy. For this reason examination of the victims of the violent eruption of 79AD has focused on what exactly happened to their bodies in the moments surrounding their deaths. Now a new theory is turning upside down much of what archaeologists once thought about the Vesuvius victim’s deaths. 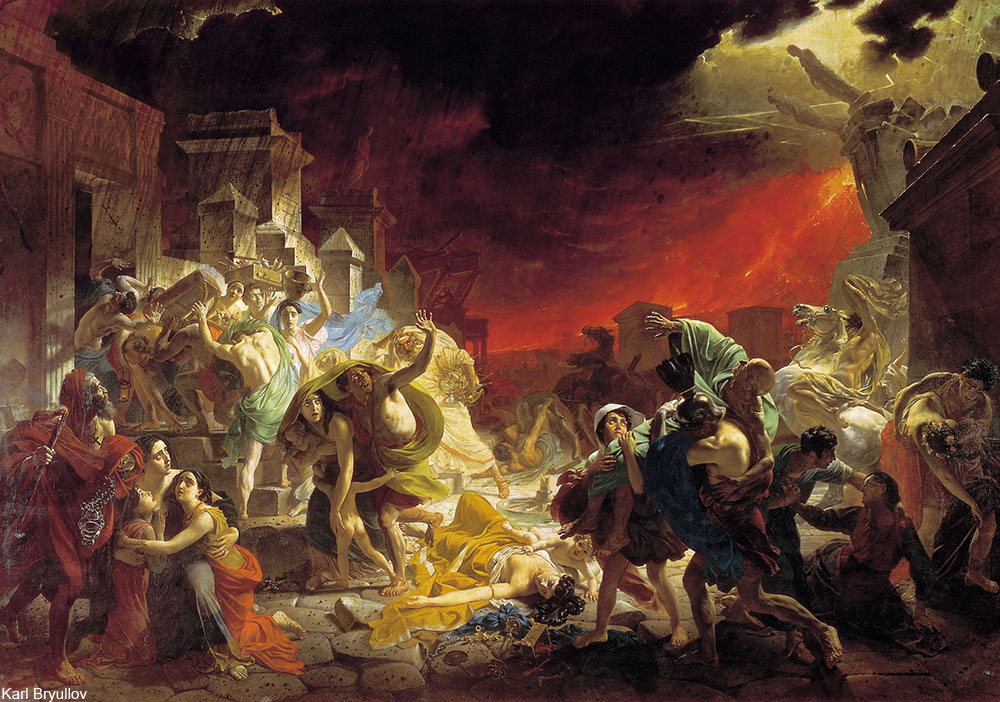 Depiction of the victims of Pompeii painted in the 1830s. Via/ Wiki Commons

Many archaeological studies in this area of Italy in the Campania region focus on Pompeii, the most famous and first discovered of the volcano’s suffocated cities. However, in nearby Herculaneum many similar fates befell residents there. Unlike Pompeii, fewer residents of Herculaneum managed to escape, which means there are more remains to be studied there.

One section near the water where the boats of Herculaneum would have been launched from the Gulf of Naples was where a group of people were found huddled in cave-like enclaves in the rock face. For years it was thought that those victims died from fire, but they may have actually died from extreme heat and/or suffocation, leaving their bodies fairly well preserved under the ash. 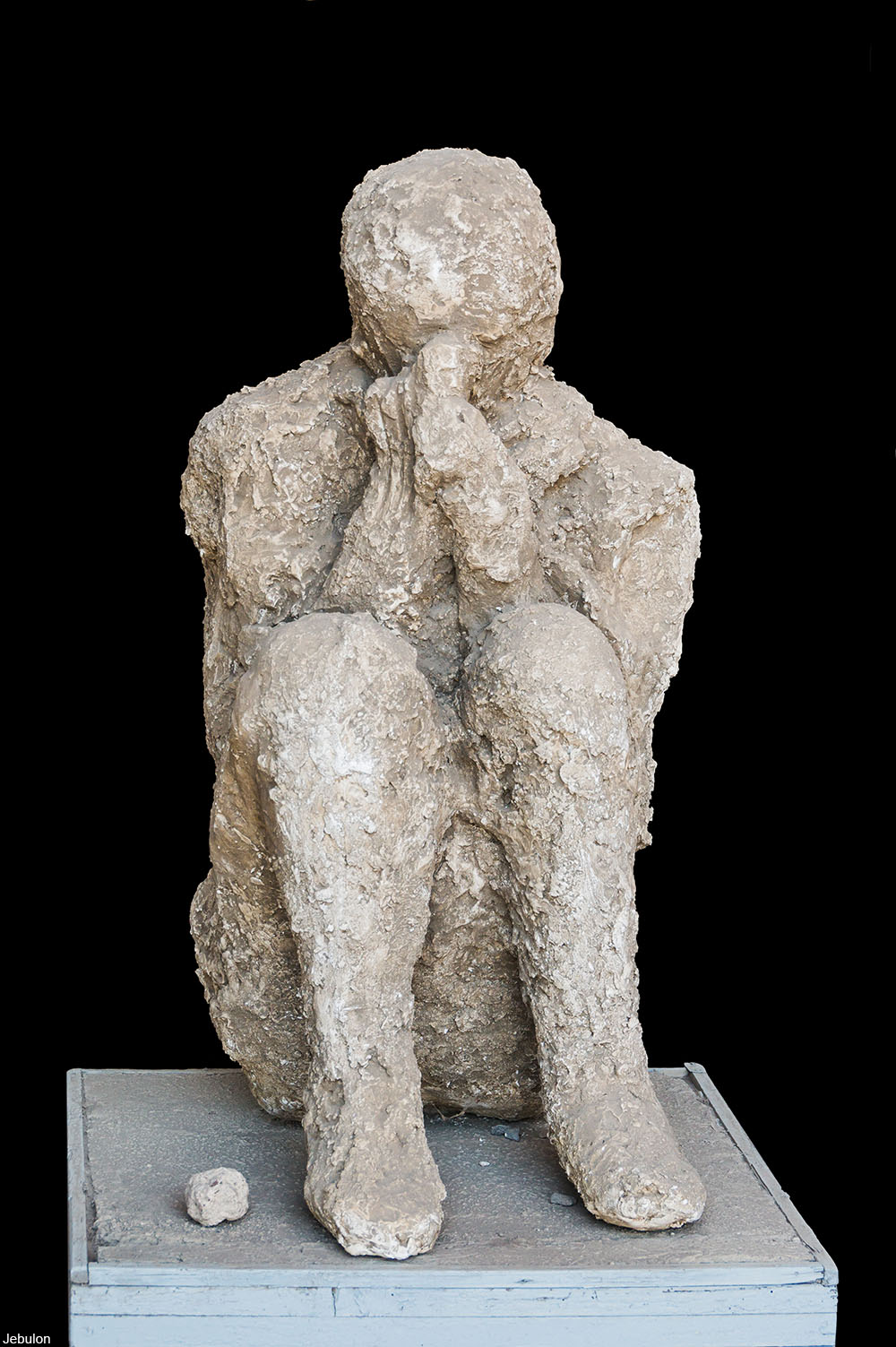 Cast of a Pompeii victim. Via/ Wiki Commons

The fact that the bodies of Vesuvius victims were preserved in lifelike poses, with little in the way of apparent agony, means that most victims would have died before they could consciously register that they were even in pain. This is referred to as “fulminant shock”.

Now a letter published in January 2020 proposes that in at least one case, brain matter of a victim was effectively turned into glass at the time of death. The letter was written by Dr. Pierpaolo Petrone who proposed back in 2018 that the intense heat of the eruption would have forced the victims’ bodily fluids to instantly vaporize. The pressure from this vaporization would have then caused the skull to explode, leaving mineral deposits on bones and around the bodies.

The new theory from Dr. Petrone examines the strange glass-like substance found inside the cranium of a Herculaneum man who was first discovered in the 1960s and is still being actively studied today. 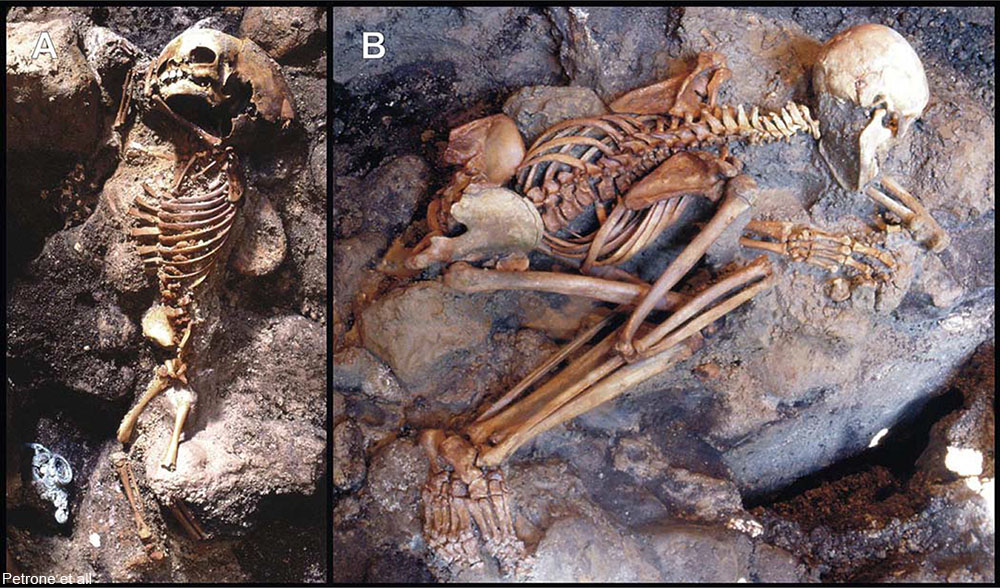 When examined more closely the glassy material was shown to contain proteins and fatty acids found only in the human brain. This extraordinary finding would seem to indicate that a variety of conditions were present during the eruption, resulting in various changes to the corpses of those who died there.

The extreme heat, followed by a drop in temperature, is now thought to have vitriolized the man’s brain. Normally brain matter would have been saponified, or turned into glycerol and fatty acids by the heat. However, for some reason this particular victim’s brain was instead effectively turned to glass.

There are some who claim that the temperatures inflicted by the eruption of Mount Vesuvius would not have been hot enough to cause this kind of reaction and that victims inside the caves of the bay did not die instantly. However, at the moment there isn’t another explanation for the strange black glass material found inside the skull of the victim in question.