Incredible Drummer Has Been Doing Her Thing Since the 1920s!

The name Viola Smith probably doesn’t bring to mind the idea of a superstar. But, this lady drummer was one of the first drummers (male or female) to make a name in the music world. Smith was born in 1912 and at the time she came of age the music industry was still in its infancy. The phonograph and the radio were brand new mediums during the 1920s, but by the 1930s just about every family had a radio. Smith got her start in playing with her family at the dance hall owned by her parents, then later got her big break on radio. 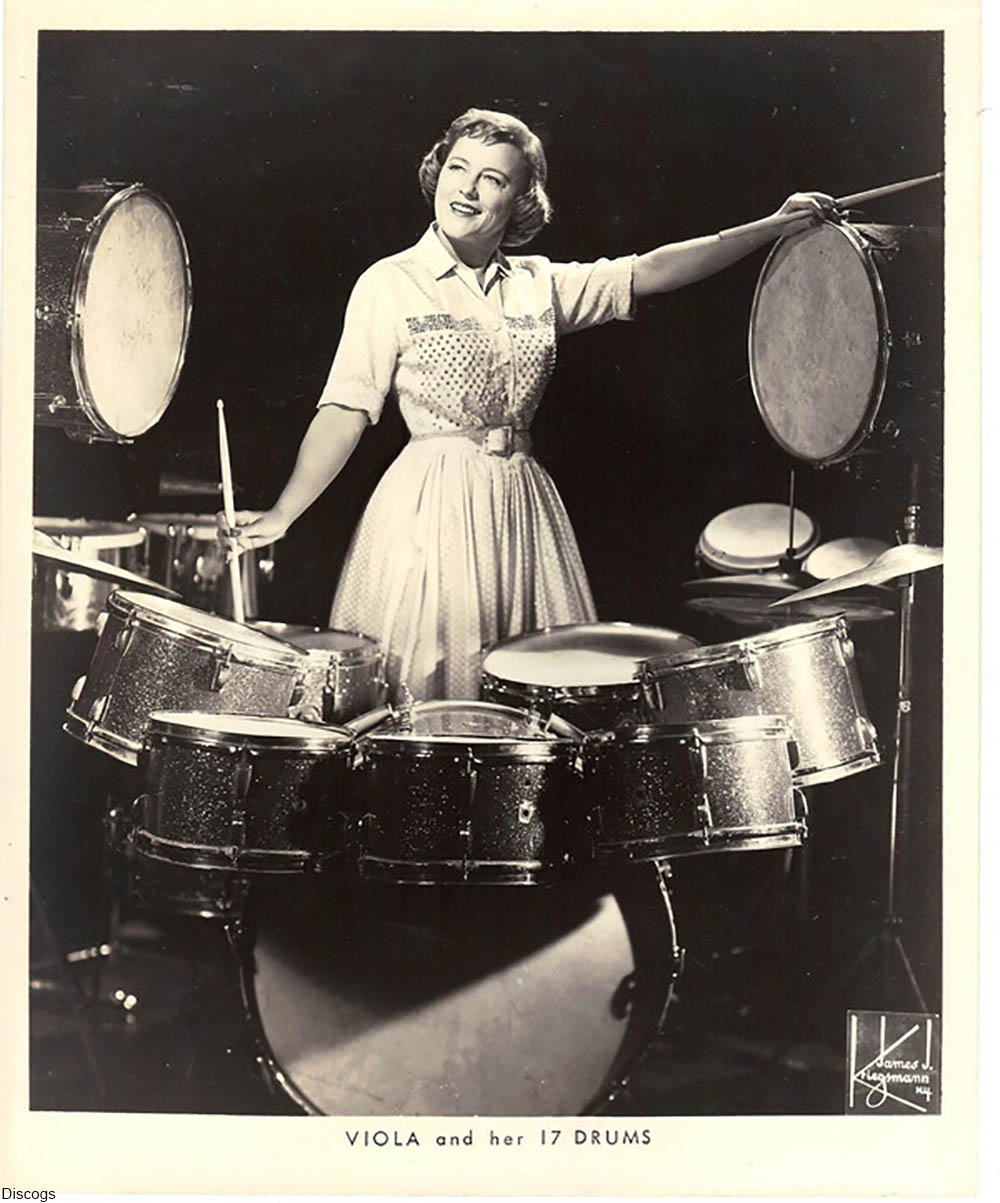 She and her 9 siblings all played instruments and performed on the Major Bowes Amateur Hour as the Schmitz Sisters Family Orchestra in the 1930s. Smith then went on to perform with some incredible jazz acts of the 1930s and 1940s, becoming known for her drumming skills.

At the time drummers were part of the backdrop of the sound of popular music and the real stars of the show were the band leaders and singers. But, Smith made a name for herself as one of the great drummers of her time.

Smith performed with Ella Fitzgerald and Chick Webb among many other popular musicians of the day. Smith went on to make appearances in several films, such as When Johnny Comes Marching Home (1942) and Abbott and Costello’s Here Come the Co-Eds (1945). During World War II the draft meant many of the young musicians of the day were shipped oversees to fight the Axis, leaving women to fill not only factory jobs, but also jobs in the entertainment industry. There were several all-girl acts of the era, like Reg Kehoe’s Marimba Queens and The Coquettes.

In the 1960s Smith was on The Ed Sullivan Show 5 times and retained an endorsement contract from Zildjian for the longest period on record. As of 2016 Smith was still rocking out with the Forever Young Band in California at the age of 104! Her energy knows no bounds it seems.

Have a look at Smith doing her thing in 1940 from the film short Frances Carroll & Her Coquettes.