Transferware got its start in the Staffordshire England (now modern day Stoke on Trent) in the 1760s, though many many makers in that area used the technique to produce the colorful and classic designs that are representative of the style. Contrary to some popular opinion, the name transferware doesn’t refer to one place, pattern, or era, though the first lines of this type were all made in Staffordshire. 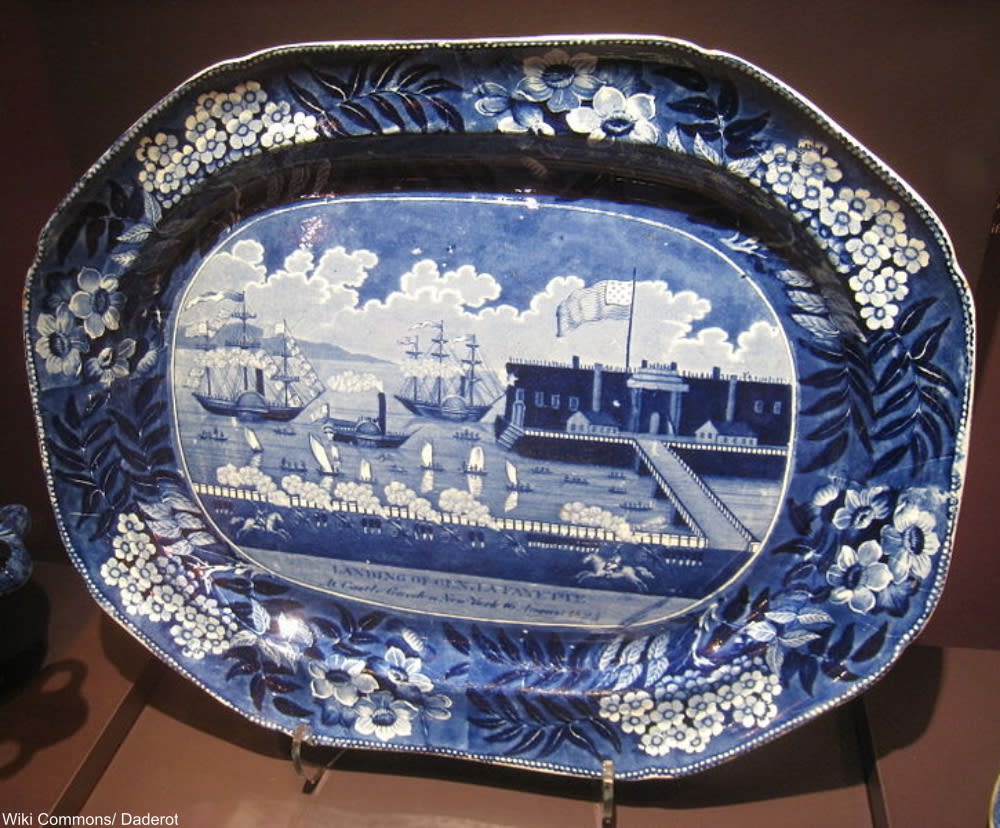 How Was It Made?

At the time that part of England was a powerhouse of ceramics manufacture due to the skilled artisans clustered there and the natural deposits of clay, coal, lead, and salt made it an ideal place for the pottery industry.

The unglazed ceramic pieces were treated with an ink-laden design on paper, thereby transferring the ink from the paper to the piece. The paper was then removed (usually by submerging the whole shebang in water and letting the paper float away). Then the piece was glazed and fired, ready for use. 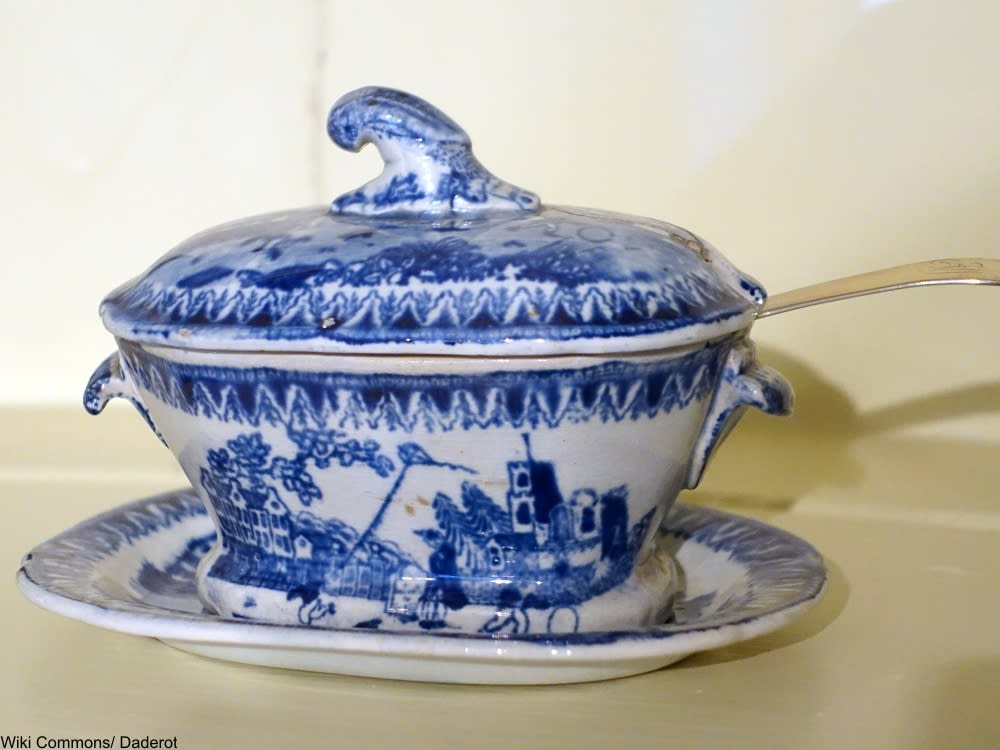 The blurrier pieces surprisingly are not mistakes, nor are they the earliest of pieces. Flow blue is popular style of transferware in which the ink was forced to “run” via application of ammonia or lime. This was not a deterrent to customers at the time, rather it was a sought after design feature which remains popular today. 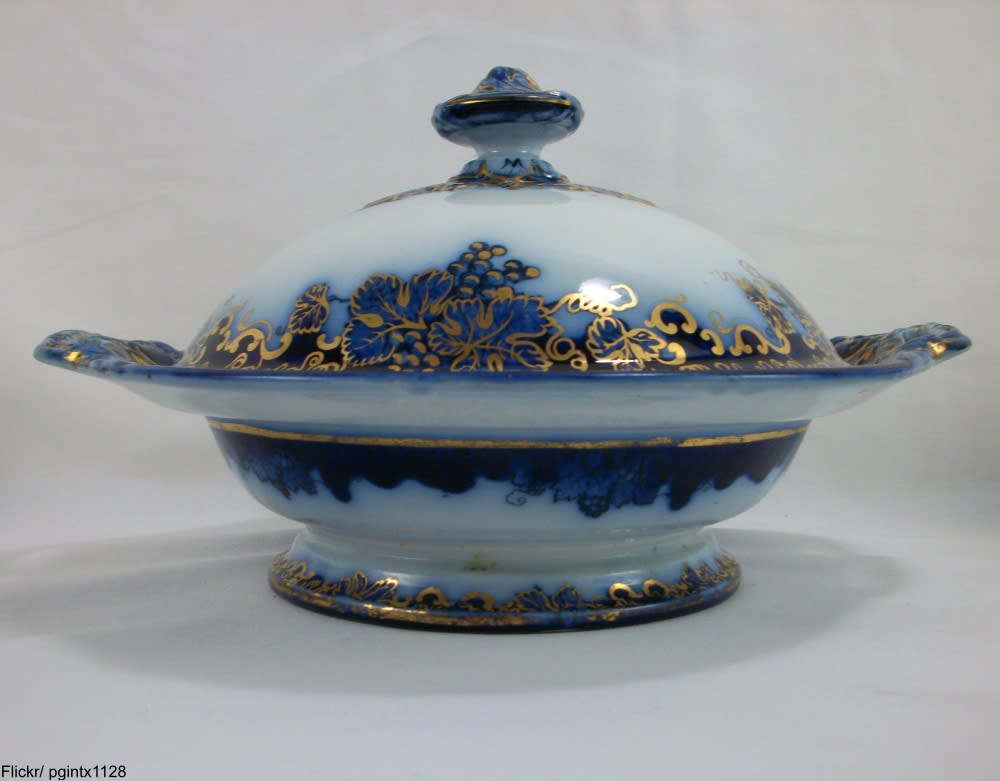 The ultra-blurred factory seconds were often shipped to the U.S. from England where they were sold cheap to eager customers in the early 1800s who had little access to colorful china of any sort. Flow blue was especially popular with the working classes for its meager price point.

The color we most commonly associate with the transferware is flow blue, but other common colors are black, purple, or pink on a white (or cream) background.

In general connoisseurs of transferware china were thrilled to have access to a wide range of colors, patterns, and pieces of china that the cheaper (and faster) transferware created. The intricate scenes and vibrant colors on their new china were unlike anything else on the market at the time. Before transfer technology, costly hand-painted designs were the only way to get a set of patterned china.

Some of the most famous designs of transferware are Blue Willow and the well-known toile designs which feature scenes work and leisure in the countryside. But, the designs can of anything at all from folktale scenes to animals to plants and more. 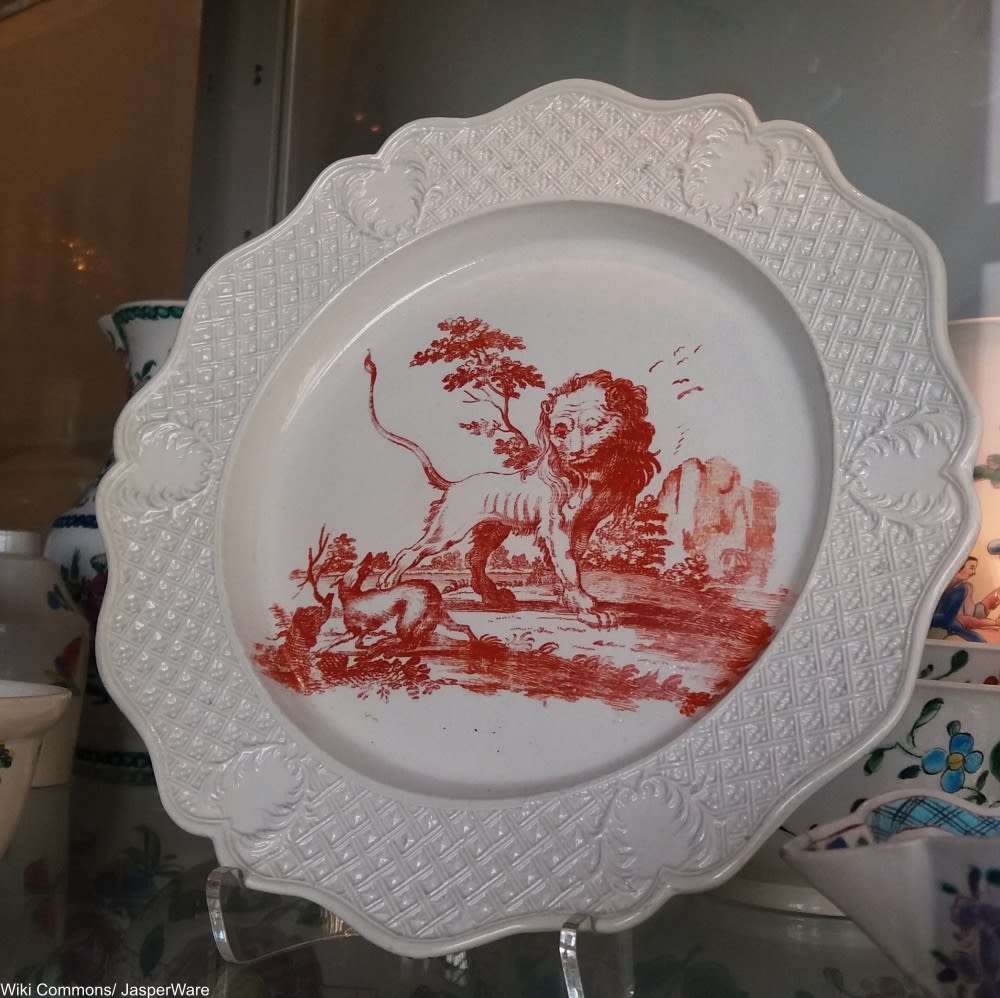 One of the biggest names in collectible antique transferware is the company of Ralph and James Clews, brothers who were in business from 1815-1834 and produced speciality transferware marketed to American and Russian customers. Royal Doulton, Wedgwood, Spode, and Ridgeway are other very well known makers of the early period whose pieces tend to retain their value over time and consistently fetch respectable prices.

Today transferware can be found at nearly any price point, but the early examples are often the biggest sellers. 18th century Staffodrshire pieces in good to excellent condition can rarely sell for thousands of dollars, though most pieces (either through damage or lack of provenance) will sell for $100 or under. 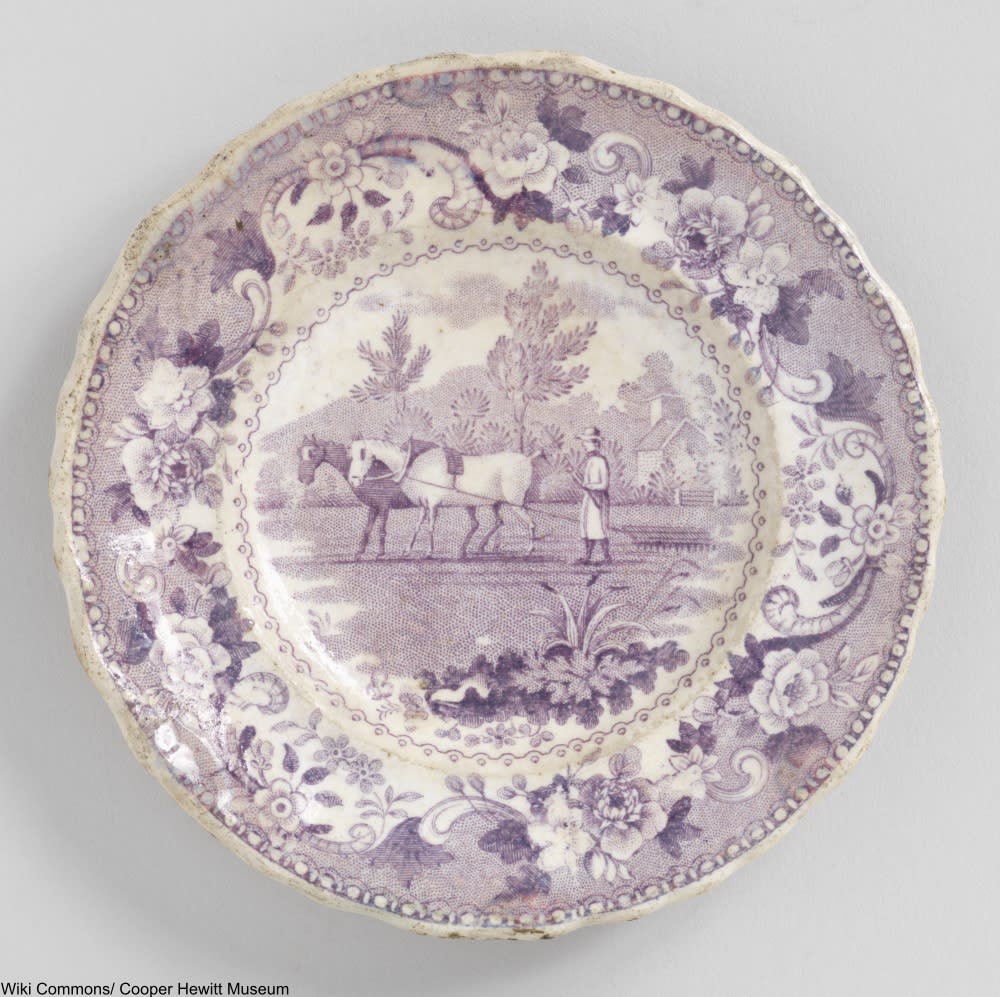 There is a fair middle price range for transferware pieces, between $200-$400, that many older pieces in desirable patterns can hover in.

How to identify Wedgwood china: Click “Next Page” below!