They are incredibly familiar and remind of us home, but by their very nature tea tins are not that old or unique. Tea tins have been mass-produced in huge quantities for more than a century. But, their eye-catching designs added a bit of life to the kitchen shelf or cupboard and they became symbolic in many households when they were reused over the years. For those reasons and more tea tins are one of those small, inexpensive items that we love to collect. Have a look at the history and collecting of tea tins with us! 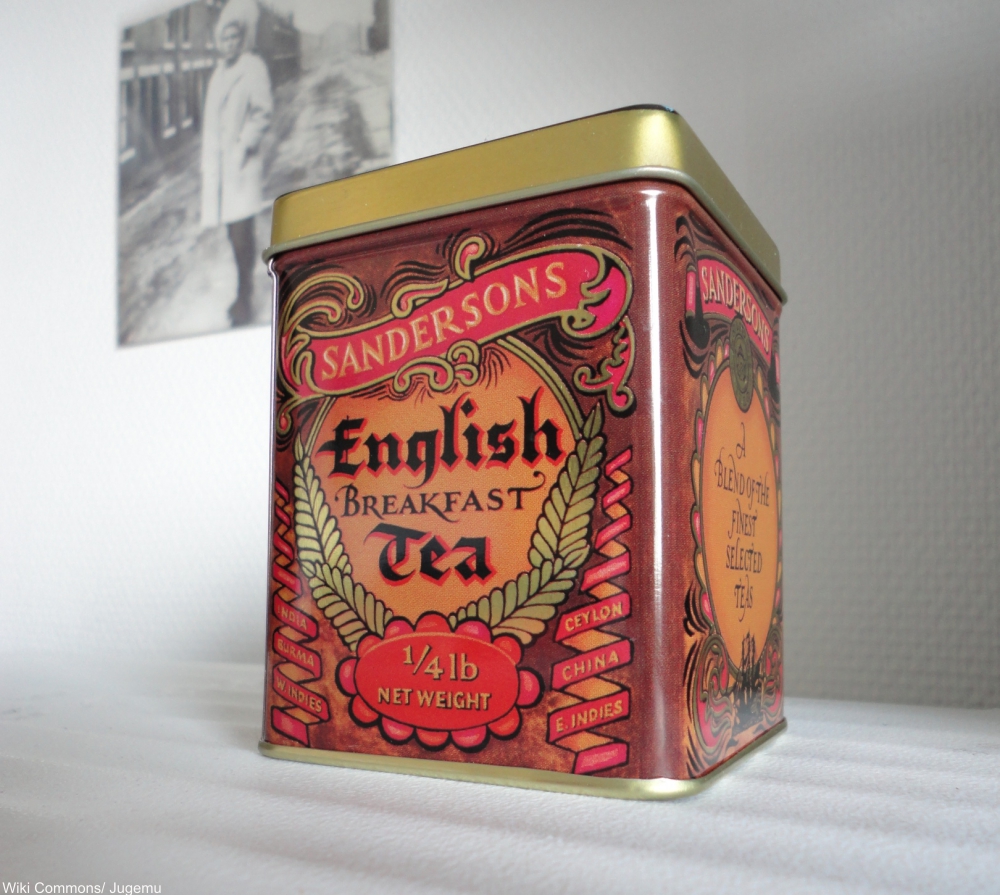 Before tea came in tins, tea was sold in bricks or sold loose and carried home in wax paper and then decanted into another container. From the beginning of the fervent tea trade and the West’s obsession with hot beverages, tea containers were a source of pride and expensive vessels showed the wealth and good housekeeping of the family. 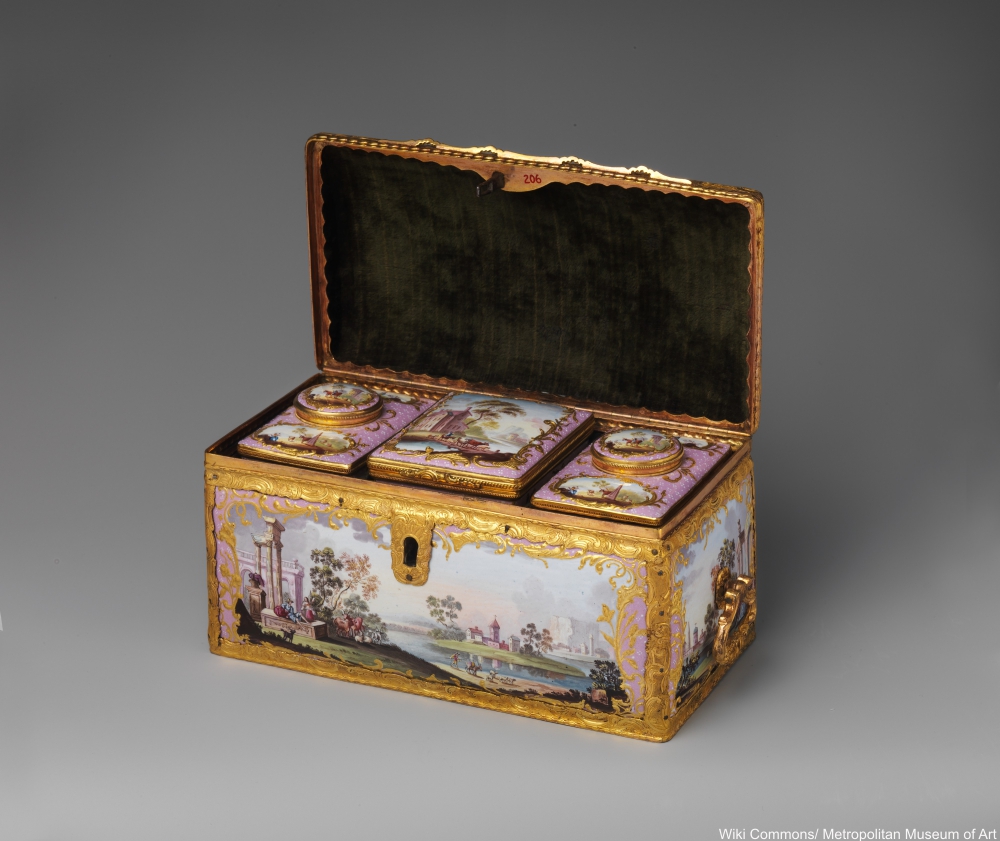 In the 1700s a tea container might be made from expensive Delft pottery or maybe it was a wooden chest with lock and key! So precious and expensive was tea that specialized containers were an important part of the the tea-drinking process for those who had the means.

The Era of Packaging

As with everything, the Industrial Revolution changed the way we bought and stored things and made small luxuries affordable. And, with the advent of germ theory, neatly pre-packaged products were soon seen as the only sanitary way to sell goods. 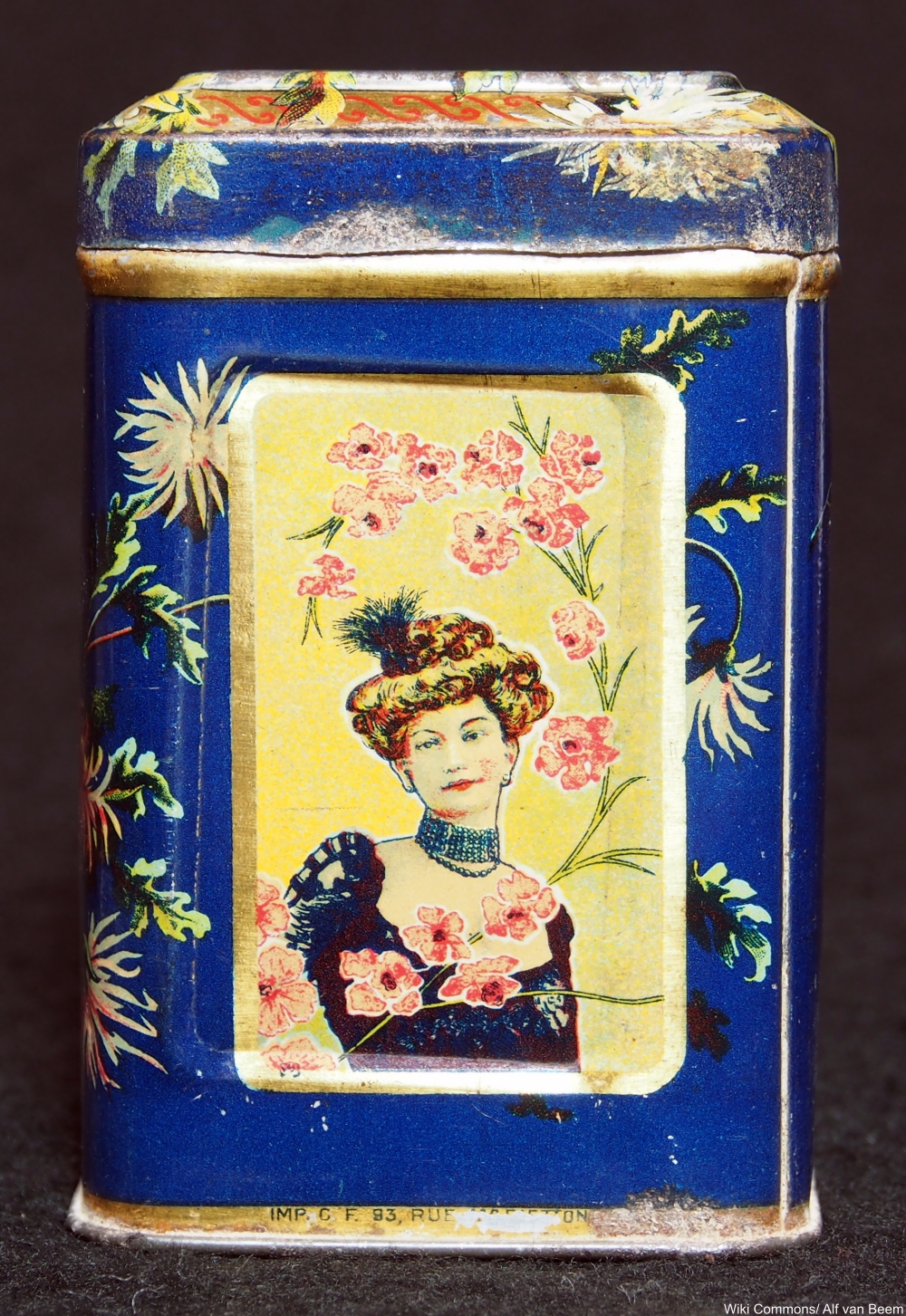 Tin tea caddy featuring an image of an Edwardian lady. Via/ Wiki Commons

The process by which machines could fold and press tin came about around 1875. The invention of lithograph techniques shortly thereafter meant bold, bright patterns could be printed on them, adding to their appeal.

The designs on tea tins had to grab the buyer’s attention in this new market of packaged goods. Unique designs, with tin or brass gleaming behind colorful pictures, added a bit of art and flash into the lives of everyday people.

Before coffee was king, tea was the staple beverage for most families. In early modern times, with prices down, most folks could afford tea and the small tin containers became a welcome presence in the kitchen. 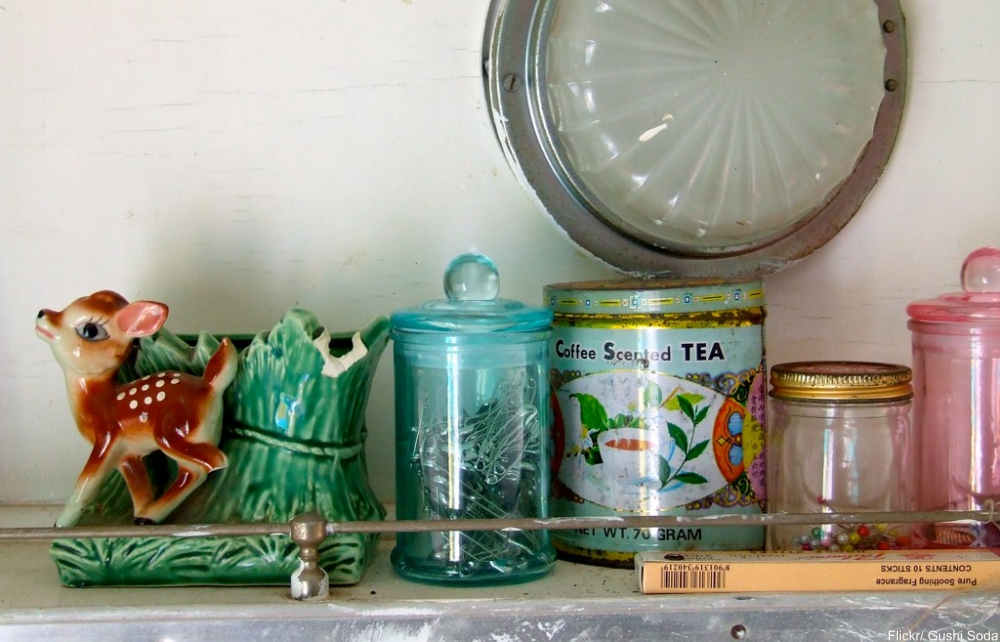 For many people, the tea tin became a family symbol when put to other uses after the tea was gone. Many of us can remember an old tea tin used to collect money, to store Mom’s buttons, or to hold our small toys as children. For these reasons and others, tea tins conjure up images of home and comfort for many of us. And the tins have definitely come back into style.

Today, avid collectors prize unusual designs and old tins. Many were printed using lithograph techniques, but a rare few were painted by hand. The older tins will often sell for higher prices, provided they are in good condition relative to their age. 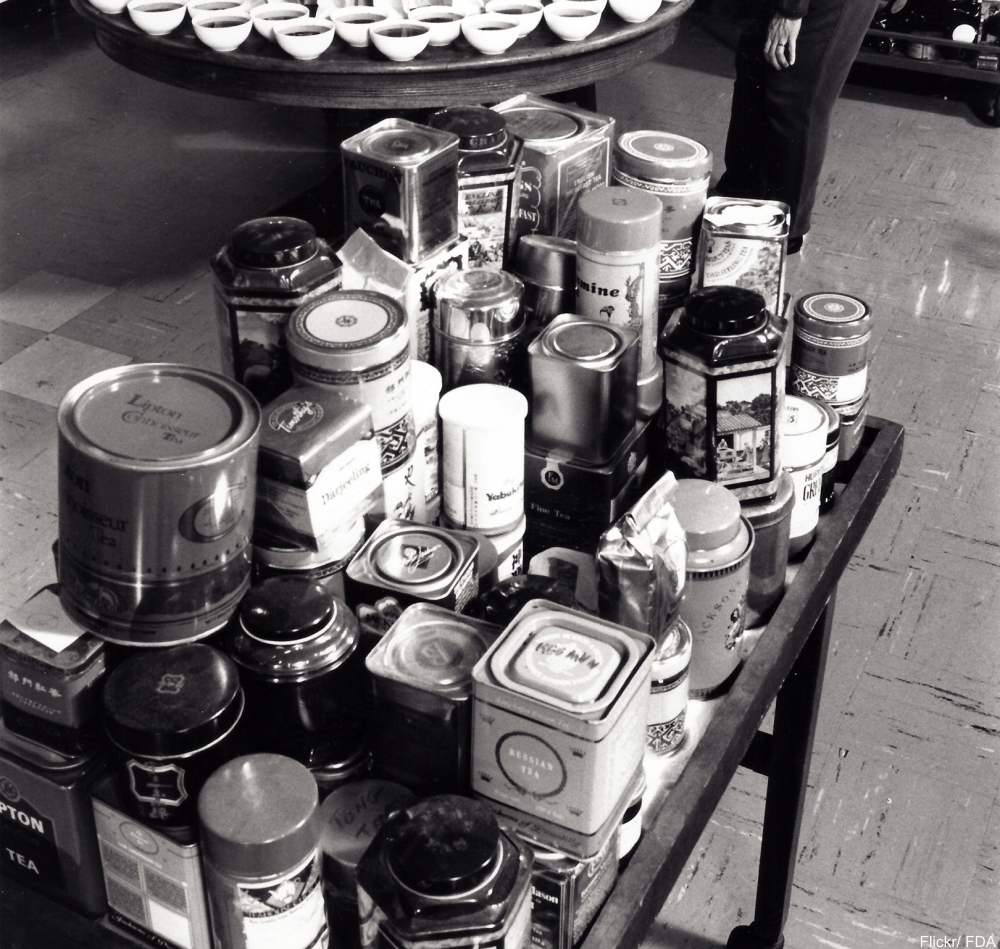 Tea tins have huge appeal for those of us who enjoy vintage advertising art. Large tin tea caddies or those used for novelty displays in retail shops tend to be highly prized these days, sometimes selling for hundreds of dollars and always fetching more money than their domestic counterparts.

Whether you collect for the novelty or whether you just simply enjoy the familiar sight from your childhood days, tea tins are a very easy collection to build, with just about any antique store or flea market guaranteed to have some on hand.

If you enjoyed this then click the “Next Page” button for the low down on our favorite kitchen collectible – jadeite!