During the 1800s the reign of Queen Victoria influenced many aspects of daily life. Her intense grieving after the 1861 death of her husband, Prince Albert, was felt long after he was gone. Queen Victoria remained in mourning for the rest of her life, until 1901. But, it wasn’t just the English royalty which influenced the mourning practices of the era. The Civil War pitted North against South and resulted in the deaths of 620,000 men. Families weeped bitterly over their losses. 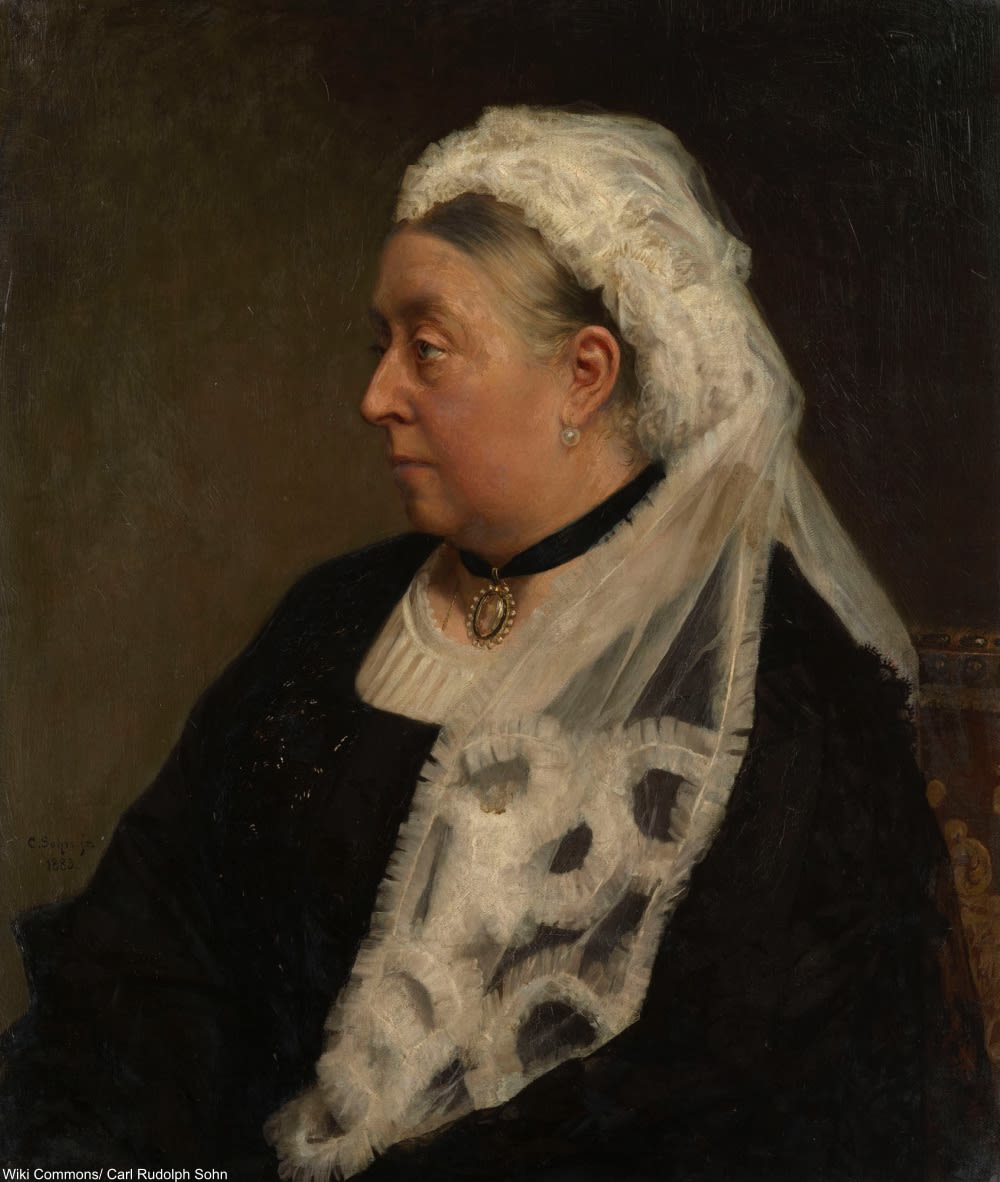 Along with the advances in technology that marked the 19th century was an increased life expectancy. This chance at a longer life made each early death seem more tragic than it would been have seemed in centuries past. All these factors combined to create some rather elaborate mourning rituals. The death practices of the Victorian era were some of the most complex in the Western world. While we don’t follow all these rules today, these practices still influence how we think of death and funerals. Here is the Victorian mourning practice, clothing and all, explained in detail.

When someone of the middle or upper classes died, the funeral was the last chance for the individual and for the family to show the world how much they were loved. But, it wasn’t just love that influenced the funeral. The more ostentatious the whole affair was the more it showed your wealth and status to the world. 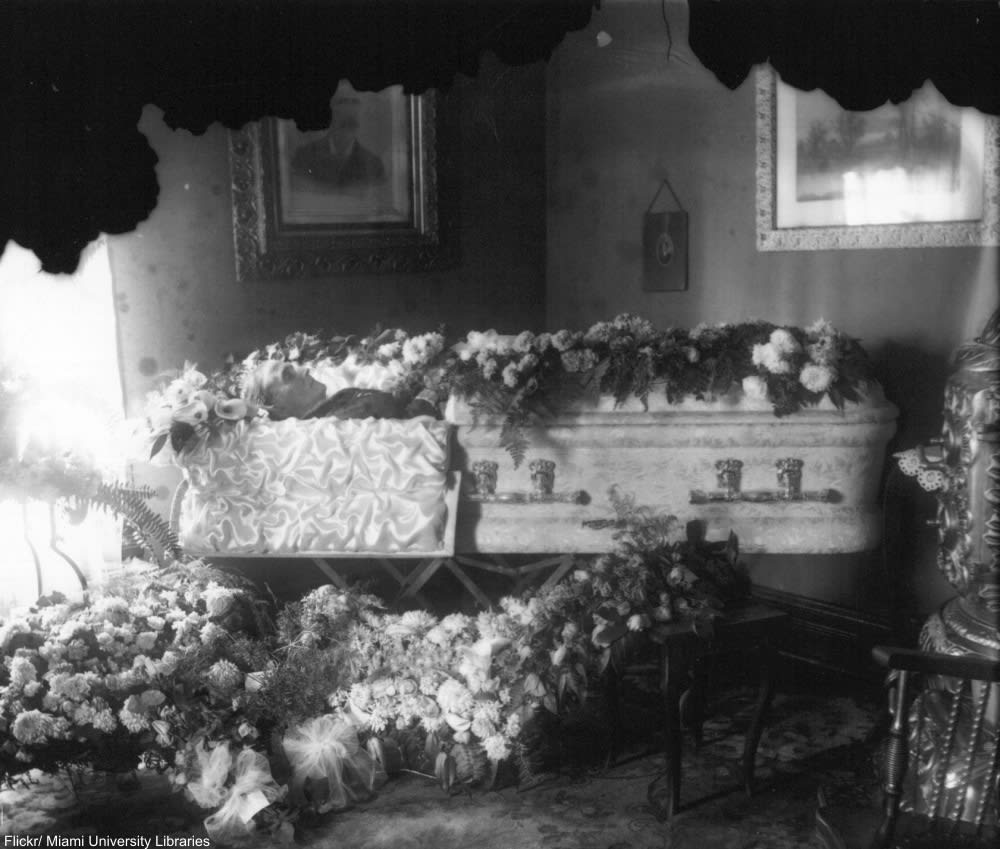 The finest caskets, carriages, and funerary clothes that a family could afford were purchased and displayed prominently. Some families even hired professional mourners to make the death seem like even more of a loss. This is not an uncommon practice in other parts of the world – a stranger may be called in either out of compassion, ritual, or payment, to grieve for the recently deceased as if they were their own flesh and blood.

Poor families often scrimped and saved to make sure they afford a decent burial, as a nice funeral was seen as a mark of self-respect and standing in the community. Some even went so far as to starve their living children to make sure they could properly bury their dead child.

Victorian women in particular were hardest hit when their husbands died. At the time most women were dependent on men for financial stability, status, and even for social events. The customs of Victorian society dictated that widows acted differently than married women. 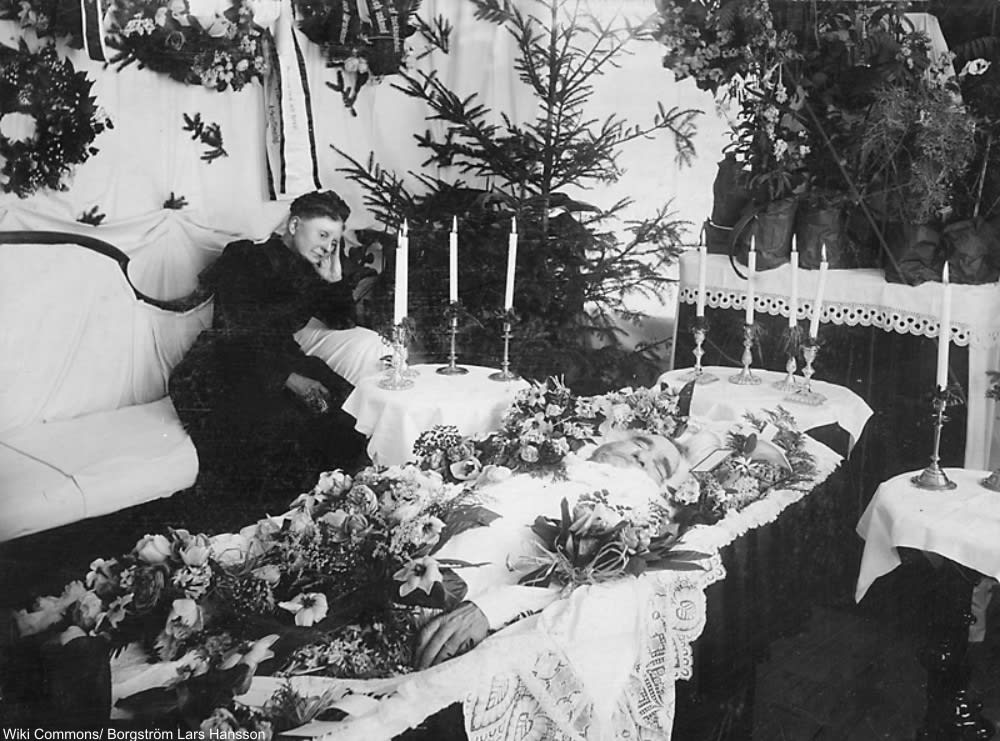 For a young woman who had recently lost her husband the heartbreak was overwhelming, but could also be debilitating. For older women, being widow had some advantages in the end, as older widows could be much more independent, even if it often meant negative changes in status and income.

Servants were also expected to grieve, as Queen Victoria’s household knew all too well. She made the male servants staff wear black armbands for 8 years following Prince Albert’s death. Children, however, were seldom expected to wear different clothing or go through death rituals.

A symbol of mourning was to “tell the bees” about the loved one’s passing. Someone from the house would have the chore of informing the bees kept on the property of the death and sometimes the hives were even draped with black to show their mourning. To forget the bees would be tantamount to sabotaging the hive, as the lack of mourning was said to hurt the bees.

The Attire of Grief

Women showed their grief by wearing all black at first, then muted colors like grey or lilac. As the mourning period ended, the women transitioned colors to show the passage of time. However, some women like Queen Victoria, chose to wear black the rest of her days as a sign that the mourning would never end. 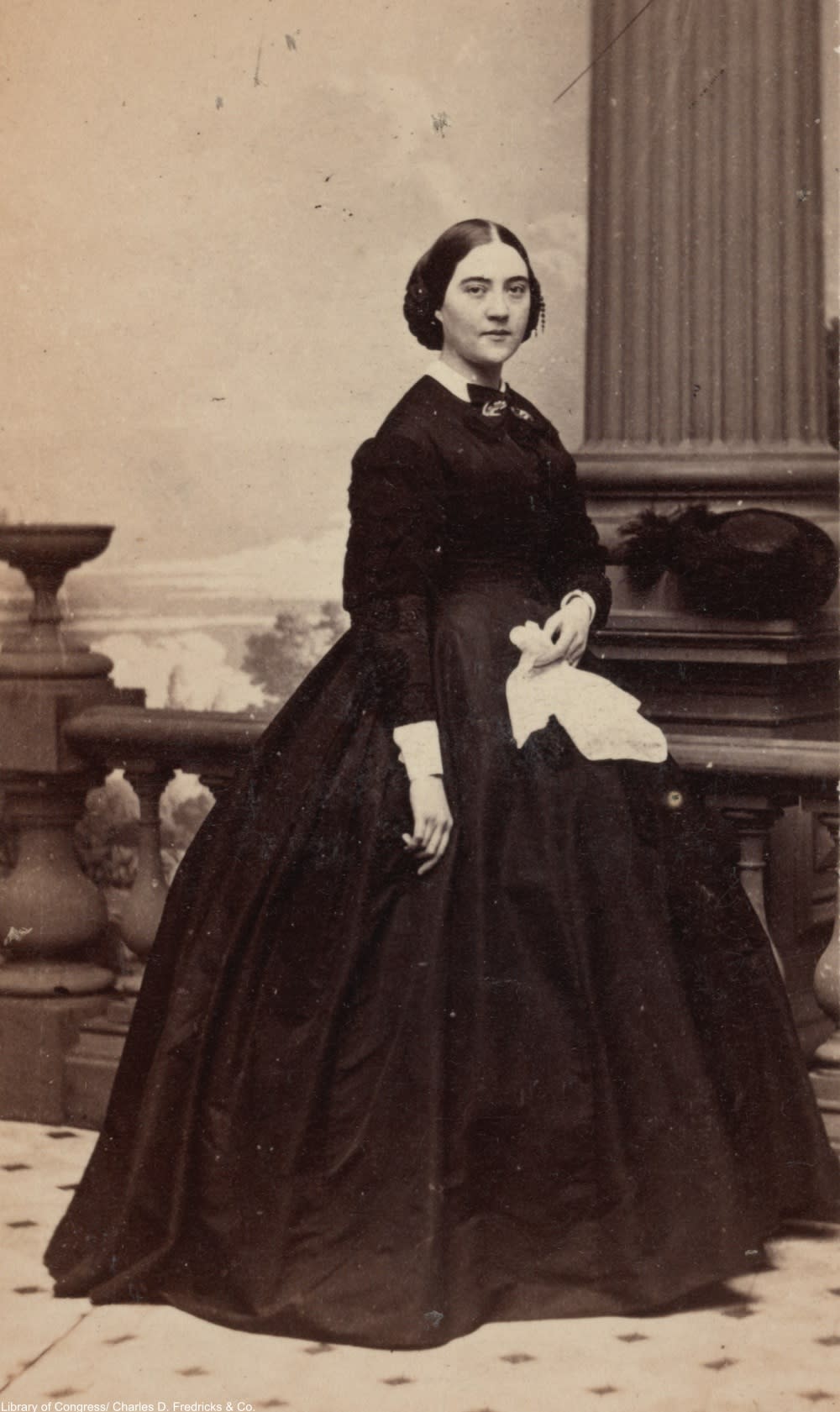 Mourning dresses were to be of a non-reflective material, and with less adornment than the normal. Patterns of mourning dresses were black on black and the most common fabric for these garments was bombazine – which was a sturdy fabric made from a blend of silk, wool, and/or cotton.

Women’s jewelry was often black as well, usually made from jet if the family could afford it. The latter part of the 1800s saw a market erupt for black glass mourning jewelry for the middle classes who could not afford the precious jet beads. Other acceptable forms of jewelry were items made from the hair of the dearly departed.

Those grieving outwardly could do so for any family member or close friend, but a woman’s loss of her child or husband were the most commonly grieved connections.

How Long Did Mourning Last?

The amount of time a person was in mourning could vary by status, by region, by era, and many other factors as well. While Queen Victoria’s move to remain in mourning to decades certainly influenced
society, most women did not go this route.

Clocks were stopped and mirrors were covered in black or brown cloth up until the the funeral was over, usually about one week. The stopping of the clock symbolized stopping time so that dead could move on. The mirrors were covered so that the dead would not get distracted and stay in this realm unwillingly.

It was considered bad luck to fail to do any of these death rituals after someone in your house died. 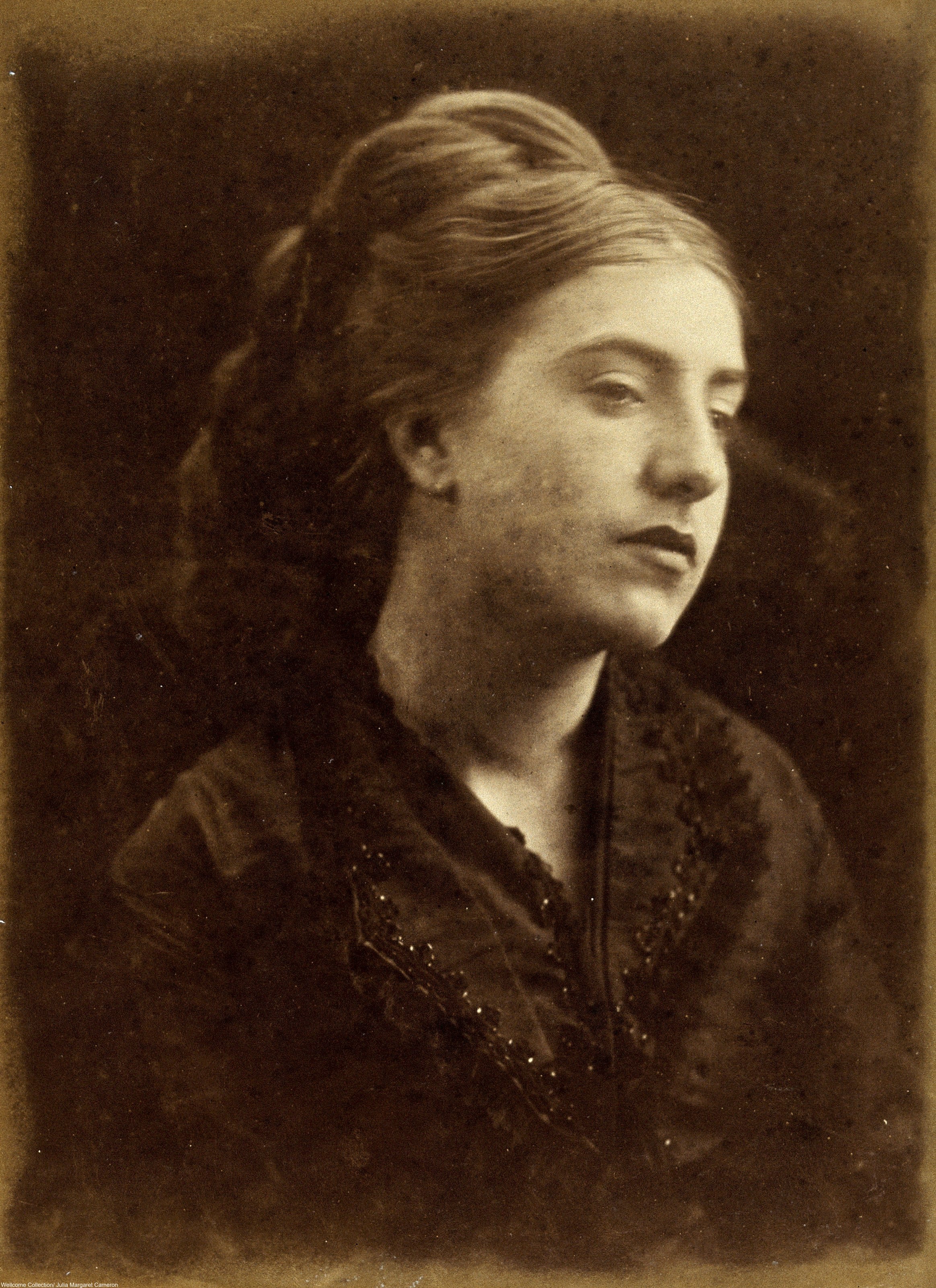 The longest expectation by far was for that of a woman grieving her dead husband. The widow was expected to grieve for 2 1/2 years! At first she would wear a veil when leaving the house which was not often since etiquette dictated that she decline most social invitations. Later other accoutrements of her mourning attire would also be dropped and small details like white lace cuffs added back into her wardrobe.

Eventually she could move on from all black to grey, mauve, lilac, or purple once she entered the stage of half-mourning. Bright patterns and ornate designs were to be avoided and the look represented the lack of joy since her husband passed on. To have advanced out of mourning too quickly would have shown disrespect for the dead.

While women of little means sometimes did remarry quite quickly out of necessity, widows of wealth (like Queen Victoria) could afford to languish in mourning for much longer.