The Girl Gang That Terrorized London for Decades

When we think of crime syndicates images of Italian mobsters and Japanese Yakuza members most often come to mind. But, throughout history there have been many gangs that haven’t gotten the same level of attention. Take for instance the Forty Elephants, so-named for their stomping grounds of Southwark (otherwise known as the Elephant and Castle area), London. 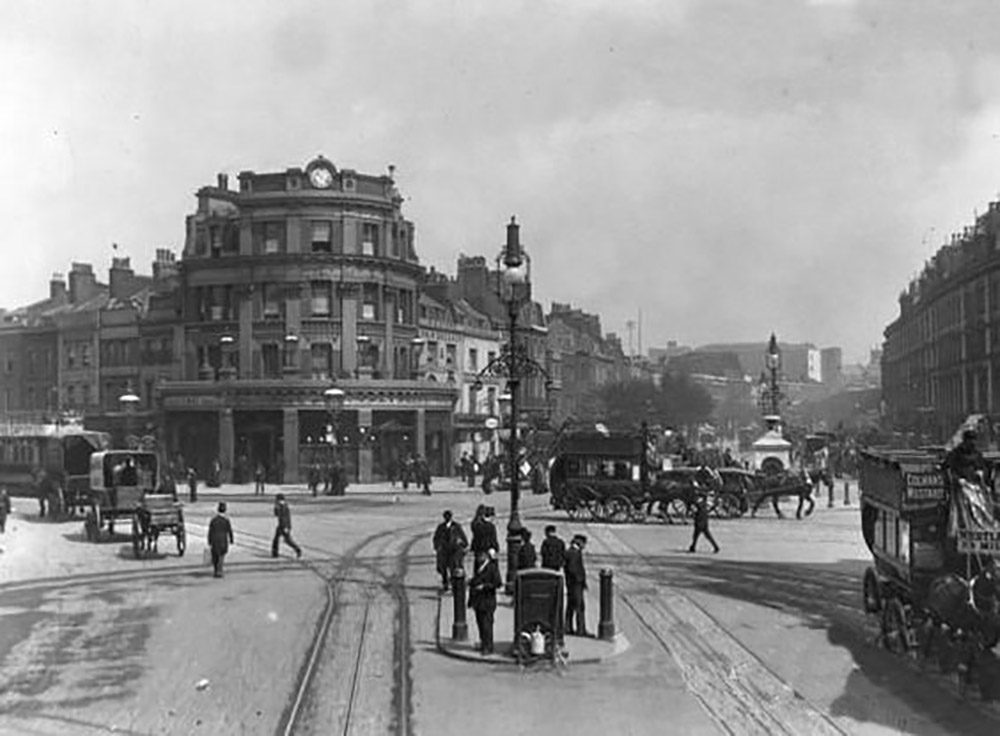 The Elephant and Castle area of London, early 1900s. Via/ Wiki Commons

The gang was in operation from the at least the 1880s until the 1950s, with some possibility of the gang having been formed as early as the 18th century! The Forty Elephants gang had a strong alliance with the Elephant and Castle Mob in the 1920s and 1930s, the heyday for both organizations. However, unlike the mob, the Forty Elephants gang was made up entirely of women.

The members would often dress as housemaids in order to gain entry to wealthy homes, relieving the inhabitants of their jewels and other valuable objects. However, the gang’s specialty was covertly stealing from department stores with extreme efficiency. 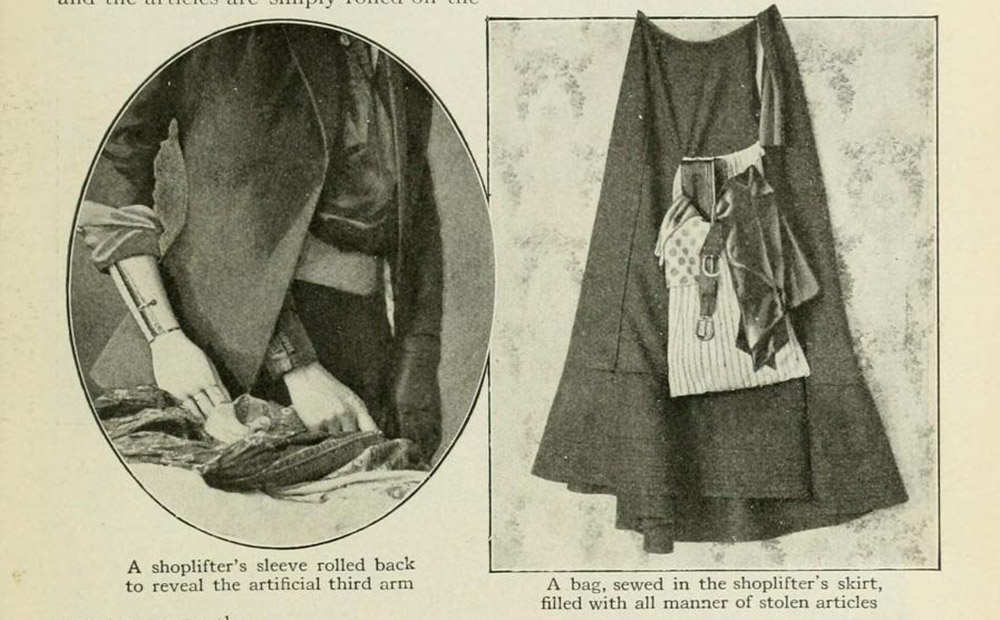 Photographs from an 1916 article in Popular Mechanics showing the garments shoplifters wear to make their work easier. Via/ Internet Archive

It was said that a group of them could strip a store in just an hour, secreting away valuables in their many pockets. However, the group was also extremely fond of fur coats, the wearing of which became their particular penchant. It has been said that the girls didn’t wear their plunder, instead preferring to wear high fashion bought outright with the profits of their stolen goods. Wearing the stolen goods was actually against the rules, known as the “Hoister’s Code” which also prohibited going out drinking the night before a big job or working with the police, among other things.

At the time women in department stores were afforded a certain level of privacy, as shopping for clothing or other goods was an activity that could leave a woman in search of her modesty were these strictures not followed. The other side of that was that while they were left to their own devices, these gang members made off with huge quantities of merchandise.

The most notorious leader of the Forty Elephants was Alice Diamond, who was also known as Diamond Annie for her sparkly rings which helped her punches pack a mighty wallop. Diamond Annie’s leadership began in 1916 and under her the group flourished, often evading the police with supreme efficiency. Many of the girls were caught and tried for small acts of theft -often without being linked to any larger gang activity- with many of the girls returning to the gang after their sentences were served. 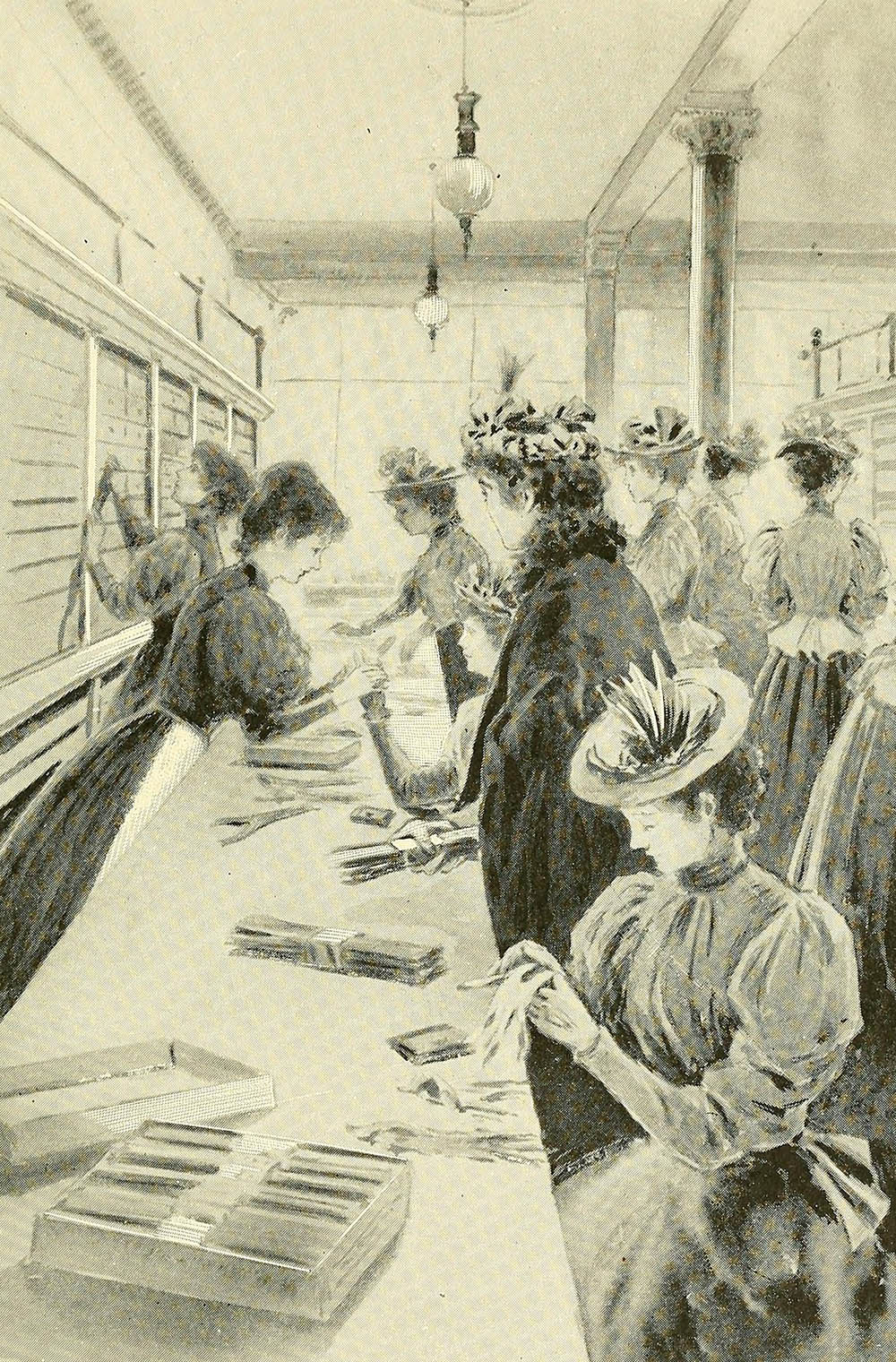 The Forty Elephants also used blackmail to turn a profit, seducing upper crust men only to extort them afterwards, sometimes using this method to call in favors and avoid convictions. Many were said to be as tough as any man when threatened. On the other hand, the ladies were also known to throw the best parties, spending opulently in bars in pursuit of the flapper lifestyle of the 1920s, as well as the glamorous elegance and champagne cocktails depicted in 1930s movies.

The alternative for nearly all of the members of the Forty Thieves would have been extreme poverty and/or a life of prostitution. This would have been particularly true for the 19th century members of the gang as class divisions in London during the 1800s meant there was almost no chance of rising from poverty without considerable help.

In the period between the World Wars, Diamond Annie served as the Queen of the Forty Elephants. But, Annie’s reign came to an end when she was sentenced to prison time after having turned on a former member. Diamond Annie would go on to die relatively young at the age of 55 from multiple sclerosis, having been the madame of her own brothel after leaving the gang.

The gang was taken over by Lillian Rose Kendall, a flapper doll if ever there was one! The Forty Elephants were active into the 1950s when increased store security and sleeker clothing made shoplifting much more difficult. However, the gang left behind a legacy of violence and trickery that is still quite shocking today.