What Hygiene in the Victorian Era Was Really Like

The modern era is full of every convenience one could think of. We have reliable heating, indoor plumbing, and even at the barest income levels most of us could still afford soap and shampoo. However, this was not so in eras past. There was a time in the Middle Ages when bathing was seldom undertaken by the lower classes. And, many of the dim conditions of the Dark Ages followed into the 19th century, which was ruled by a need for progress despite the crippling poverty that ensnared many families.

In the 1800s many countries did not yet have public schools or compulsory education laws, nor were there codes as to what a basic home must have. Towards the end of the Victorian era (Queen Victoria died in 1901), many homes of the upper classes already had indoor plumbing, however even they had a much different outlook on hygiene than we do today. 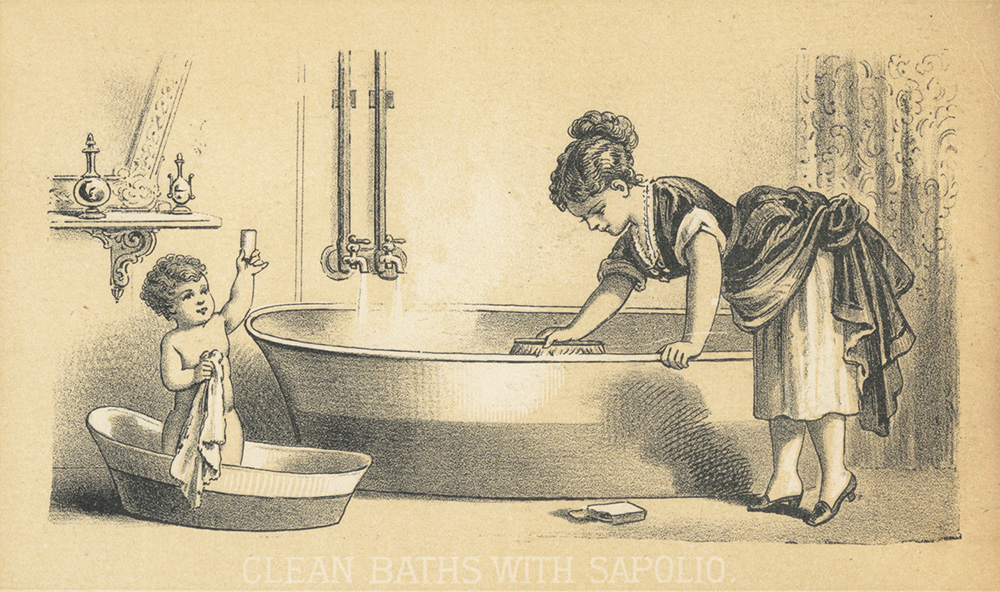 Women of the era wore a lot of skirts and bustles or hoops. So, how did they use the toilet? Well, their pantaloons or knickers were more like than pants than the underwear we know today. These loose-fitting undergarments had a split crotch so that women merely had to hover over the bowl instead of disrobing altogether (which would have taken too long). 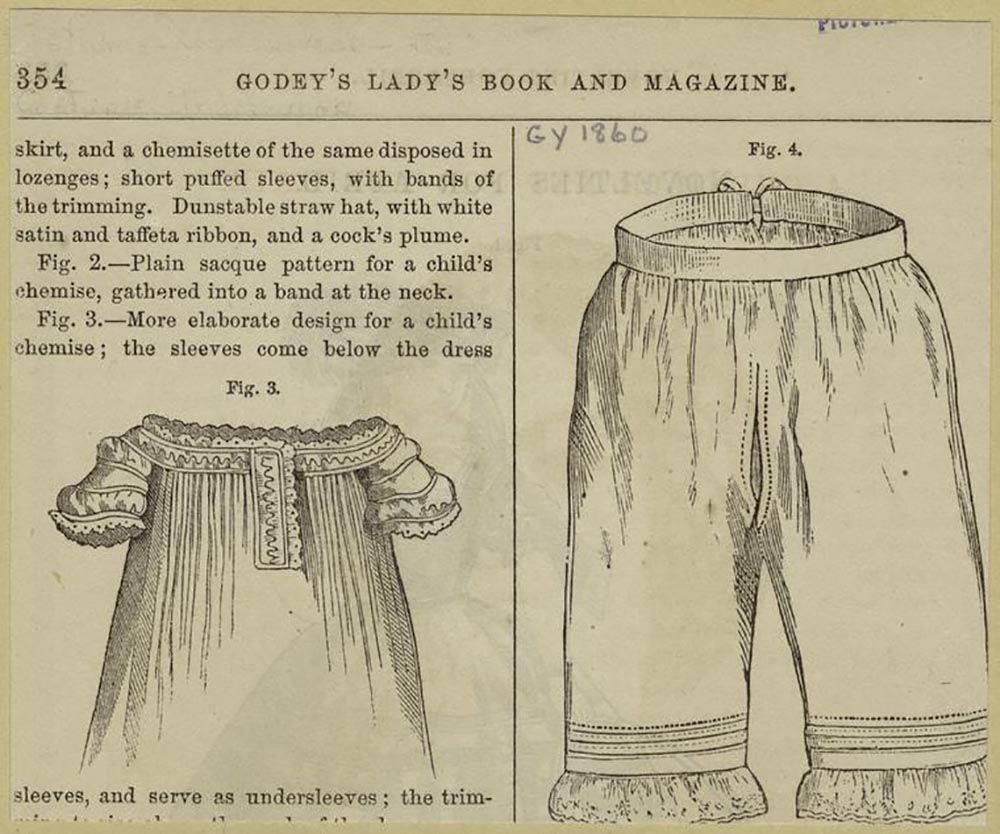 While some well-to-do families had indoor plumbing by the 1880s, many did not, which meant trips to the outhouse or privy when nature called.

The first toilet paper squares were sold in the 1870s (with chemicals added to keep the bathroom from smelling too bad) and the toilet paper roll wasn’t invented until 1891. So what did people use to wipe themselves before that time? The answer might hurt a bit: old newspaper or corncobs seem to be what many people used, provided of course they had access to these things at all.

Showers were not yet en vogue and everyone bathed to keep clean. Poorer families would have boiled water on the stove then added it along with cool water to a wooden or metal tub, usually in the kitchen area, when it was time for a deep scrub down. However, most people bathed in rather smaller quantities of water in their bedrooms with a basin and pitcher of cool water. Hands, face, armpits, and crotch were the essential regions and it was not necessary to be submerged in order to maintain a modicum of cleanliness. 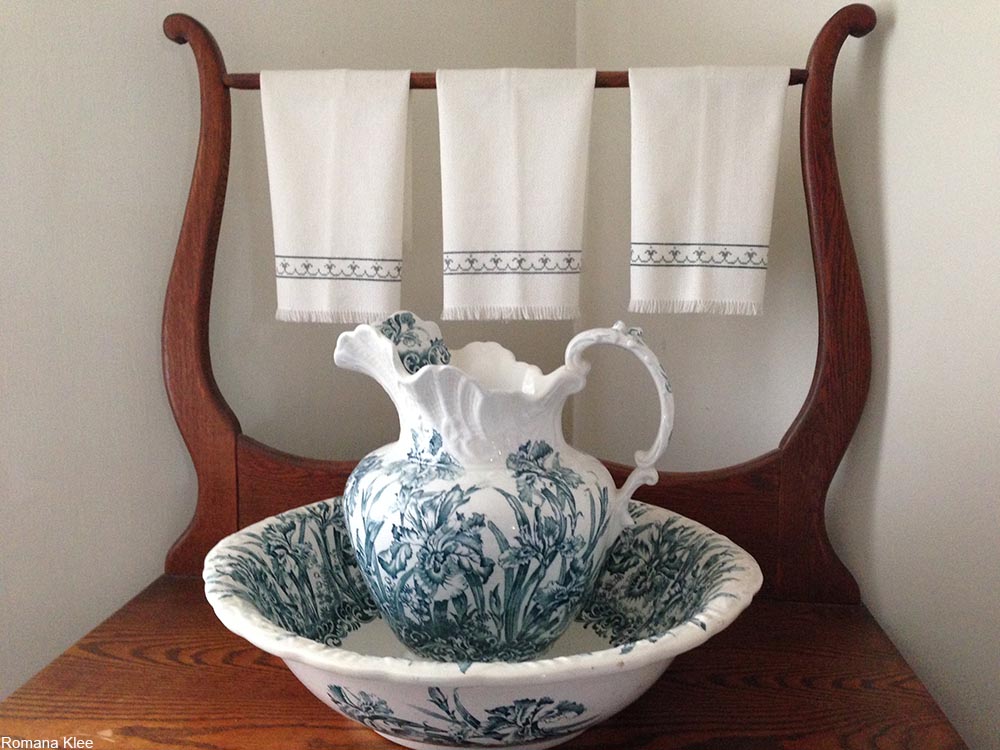 Nicer homes not only had proper porcelain bathtubs with both hot and cold taps nearby, some even had the luxury of all luxuries: a plumbed foot bath! These extravagances were like mini bathtubs for your feet. 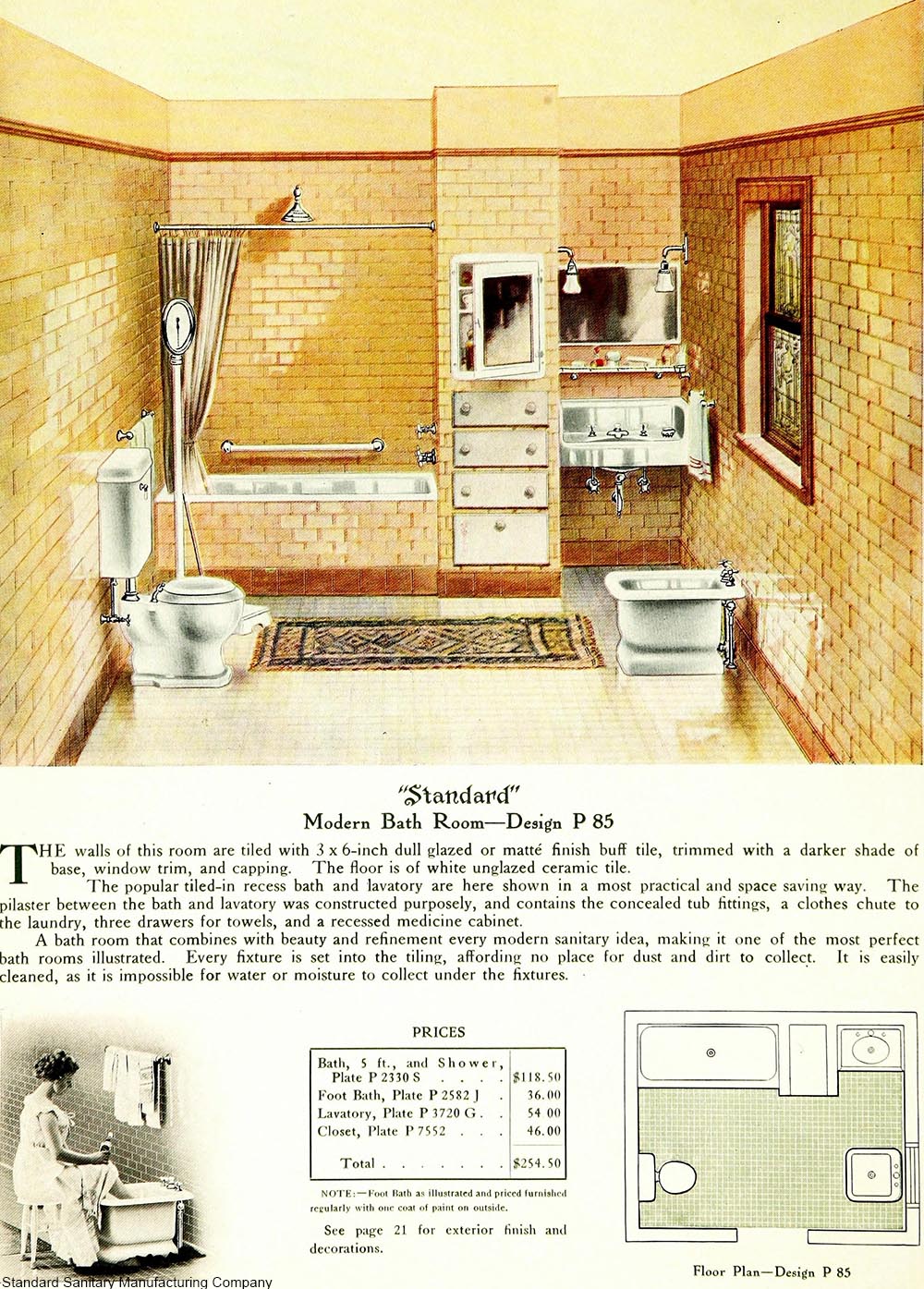 Women’s hairstyles in the Victorian era were often elaborate and they were unlikely to have started the whole process of washing, drying, and styling until it was absolutely time for a good washing. At the time, women’s hair was considered her crowning glory and so the longer and healthier it was the better. It would would only be let down when she was alone with her husband, and so stayed in pins the rest of the time. To keep it healthy, women didn’t wash their hair nearly as often as we do today, taking this particular habit only on a weekly or monthly schedule.

Some books on hygiene and beauty towards the end of the Victorian era suggested that people with oily hair should wash their hair every two weeks or so and those with normal hair should wash it once per month. Still other sources recommended washing the hair and scalp one or two times per week. Before shampoo was common, people just used soap, which often left the scalp and hair very dry. Sometimes pure ammonia was used to clean the hair! Is it any wonder then that oily pomades were used so frequently during this era?

In the days before lotions and deodorants were common, people had only a few options to cover the scent of B.O. or old clothes. Women with plenty of money could buy perfume or cologne, however it was cheaper to buy a scented powder. This was also quite good for absorbing wetness.

For men the most common scent was bay rum, a unique smell that most people today have never gotten to enjoy (though they do still make it). The spice-and-perfume-infused rum was invented for exactly the purpose of masking body odor by sailors in the 1500s. 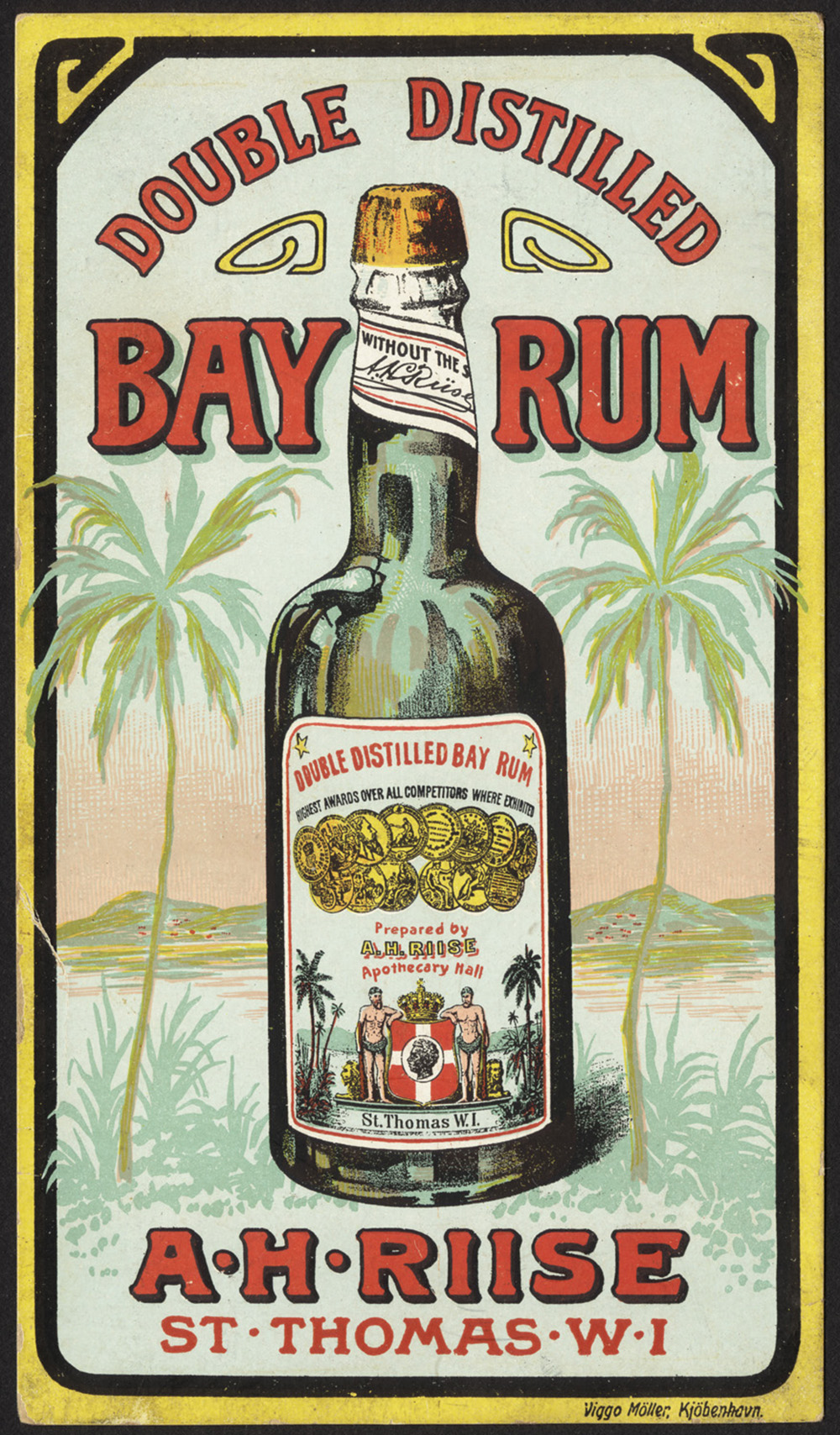 For the people who couldn’t afford these luxuries, keeping clean was the only other option to avoiding a stale smell. Women used dress shields to protect their clothing from underarm sweat, but they also didn’t wash their outer garments ever. Only undergarments were scrubbed and dresses and coats were brushed clean- never submerged.

Dentistry was not very advanced back in the 1800s and most of the procedures a dentist could perform were simply extractions of rotten teeth. People did brush their teeth, sometimes just using salt on a finger and rubbing across the teeth, other times perhaps using a frayed twig. 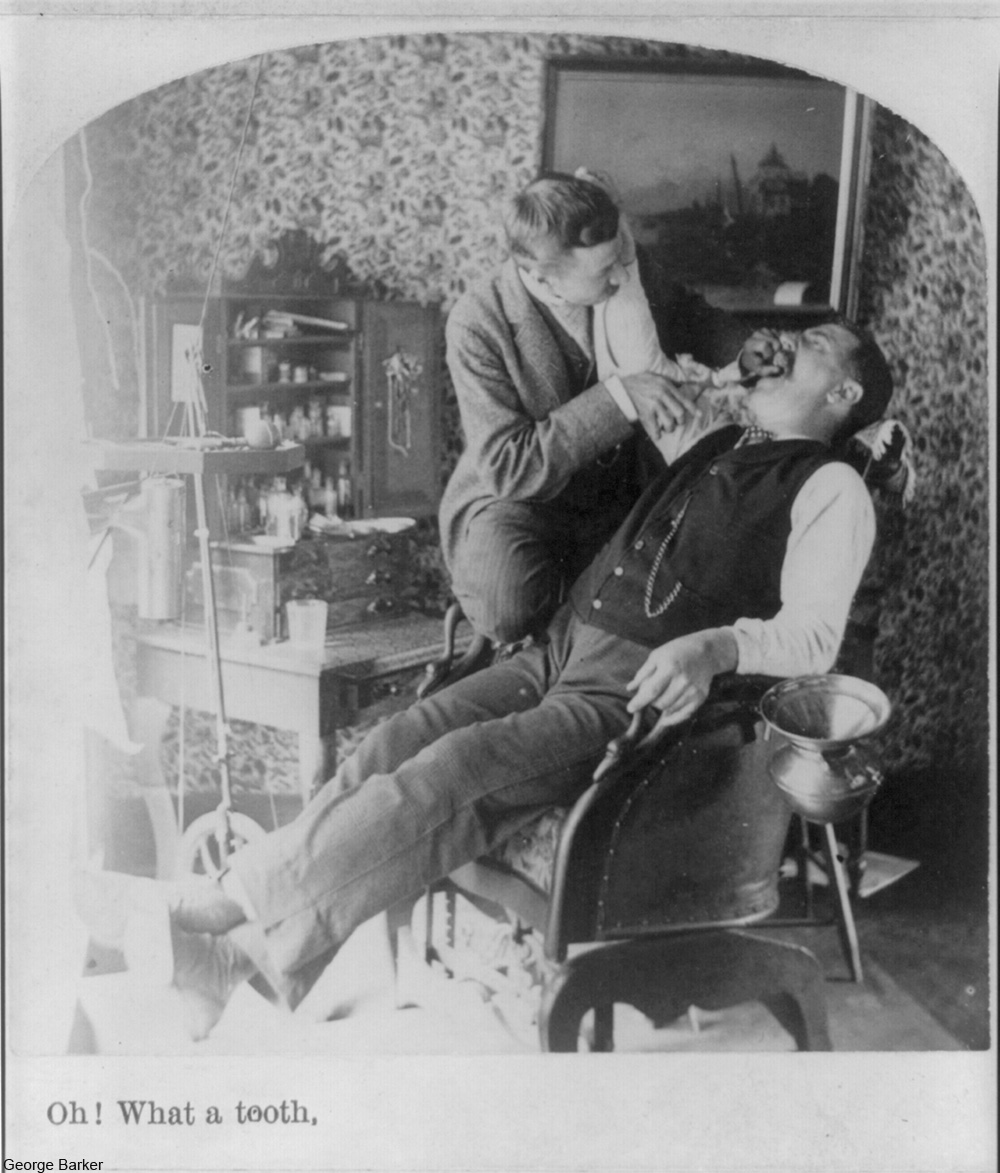 The toothbrush as we know it today was invented in 1857, however it wasn’t until the nylon bristle toothbrushes of the 1930s came along that brushing one’s teeth became more widespread, particularly when GIs returning from Europe in the 1940s brought back the European habit of brushing everyday.