In the 1880s, a corpse was pulled from the River Siene that showed no signs of foul play. Officials at the time concluded that it must have been a suicide by drowning, or so the story goes. The face on the corpse, a young woman, had the most peaceful look with the slightest of smiles. Her image was so breathtaking that the Parisian coroner assigned her case made a death mask of the young lady. This is but one of the stories surrounding the mysterious death mask. But, decades later her image was used, among many other things, to make the ubiquitous model of CPR doll which many of us learned the life-saving technique on. 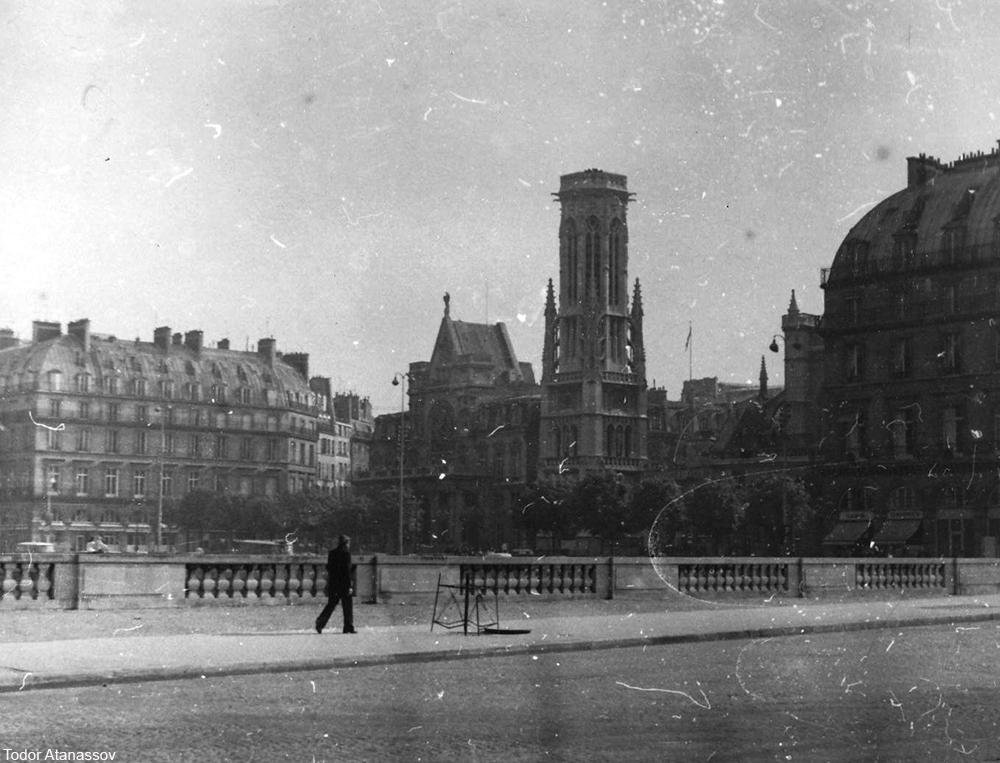 The rumor about the suicide by drowning has been called into question over the years, as the girl’s face is too peaceful to represent someone who drowned to death. However, the romantic story of the enchanted coroner seemed to captivate the death-obsessed residents of the 19th century. In France she is known as L’Inconnue de la Seine (“the unknown woman of the Siene”) or as La Belle Noyee (“the Beautiful Drowned”), and in the U.S. she has been known as “La Belle Italienne”. 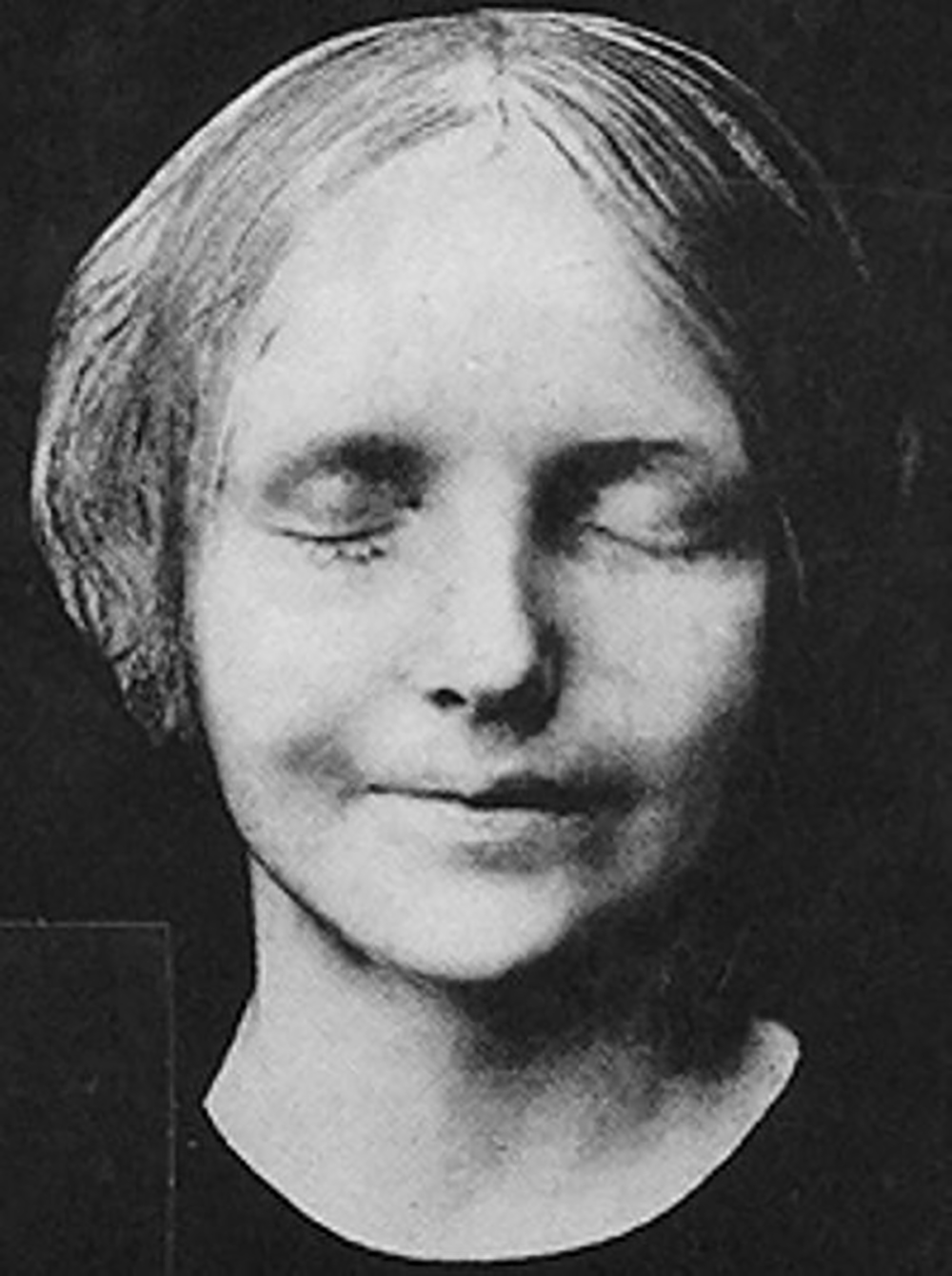 There are some who say that this mask was actually made by a German plasterer of his deceased daughter. This theory does make more sense than the found drowning victim theory since her face is not the slightest bit contorted (as one would expect from a drowning). A woman who died in her sleep or who knew her death was coming and had made complete peace with it might have that expression, but probably not someone who died from lack of oxygen. 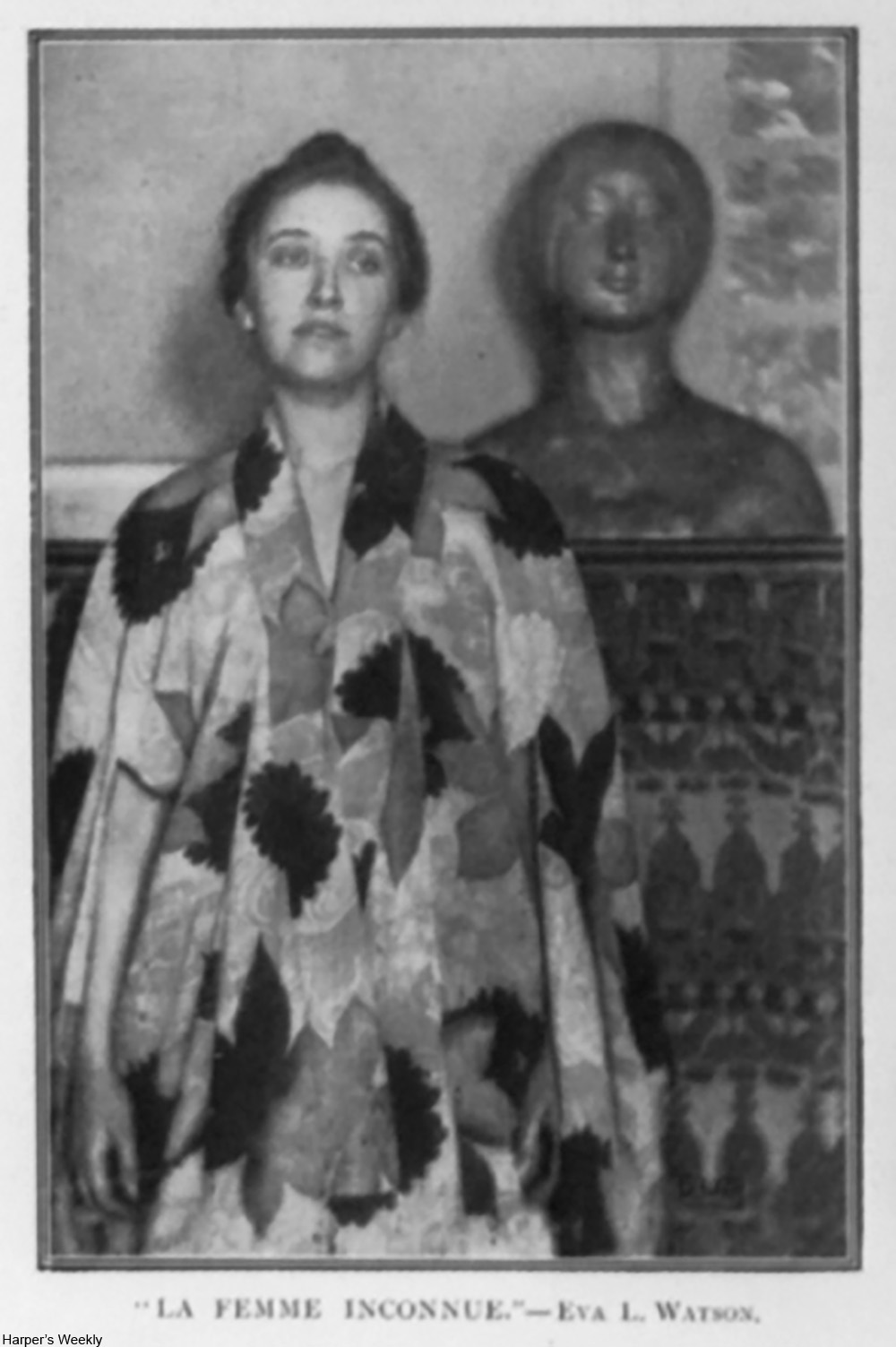 L’Inconnue de Seine inspired many works of art, like this bust from turn-of-the-century artist Eva L. Watson. Via/ Library of Congress

All this leads to another speculation: what if this visage isn’t a death mask at all, but instead piece of artwork constructed to convey the message that so many over the past 140 or so have ascribed to her? In the late Victorian era, artists and bohemians in Europe hung copies of the L’Inconnue de la Seine on their walls, theorizing on what she must have felt during her last moments. Some research has indicated that the daughter of a plaster factory owner in Germany was alive and well when copies of her face were being sold in great numbers across Europe as a death mask.

Her face adorned many a Europe salon since so many fascinated members of the bohemian chic bought copies of the mask to hang on their walls. 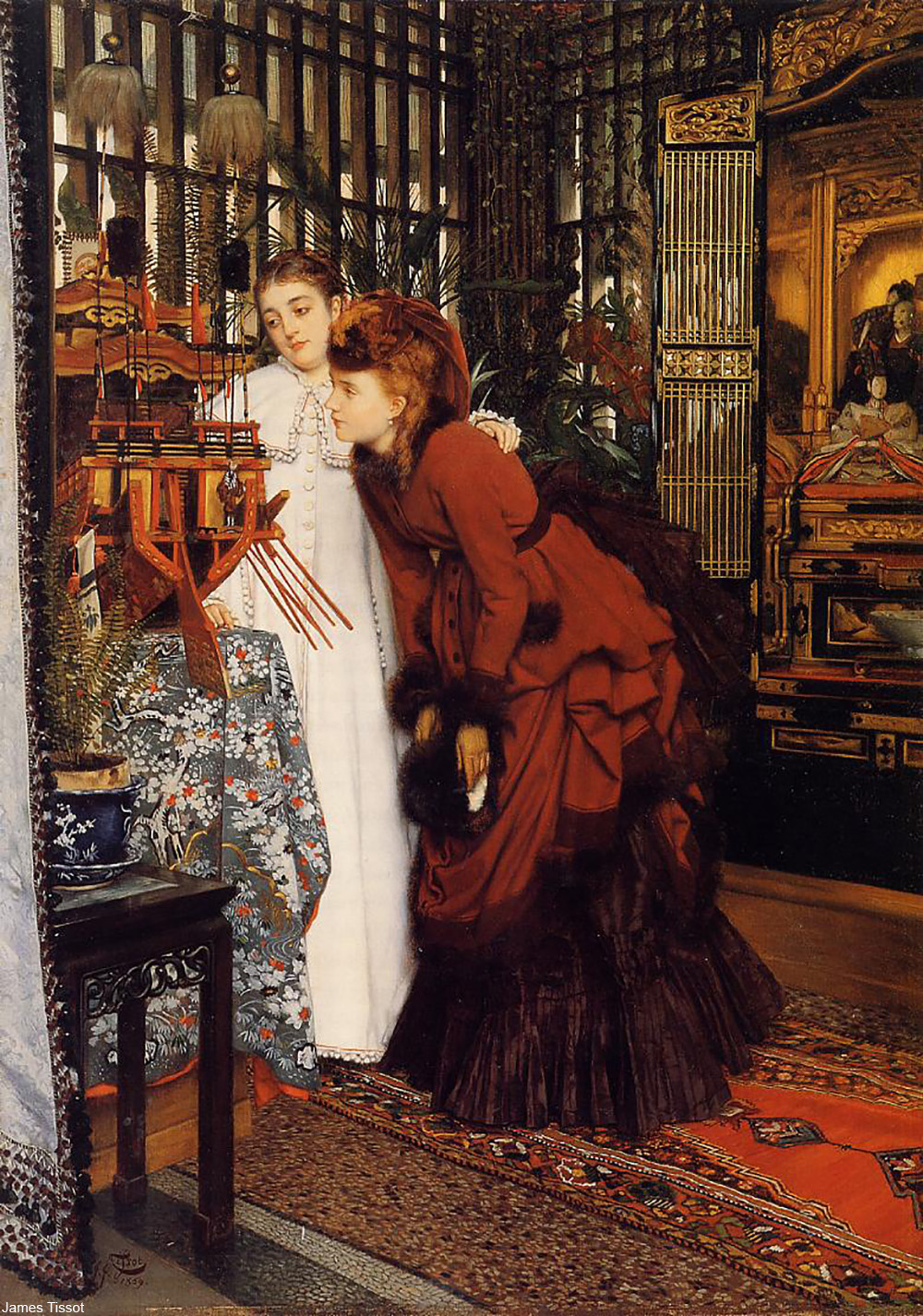 The famous early 20th century philosopher, Albert Camus, reportedly described her as the “drowned Mona Lisa”. Her placid face and barely-there smile certainly are reminiscent of the famous DaVinci painting which rules as queen of the art world. Certainly the bohemians saw the artistry of her face, and the death story only added to the appeal, no matter the reality of how the mask had been created.

This mystery is what has made her face an icon long after the bohemians have all passed on. It was in 1958 that a Norwegian toymaker (Asmund Laerdal) and a two physicians who recently developed CPR (Peter Safar and James Elam) worked together to create a mannequin to help people learn the technique. CPR (aka cardiopulmonary resuscitation) was created in 1956 and at the time no one knew how to perform the technique except for Safar and Elam and people they had trained personally. But, a way to spread the information broadly was needed. Enter the CPR doll. 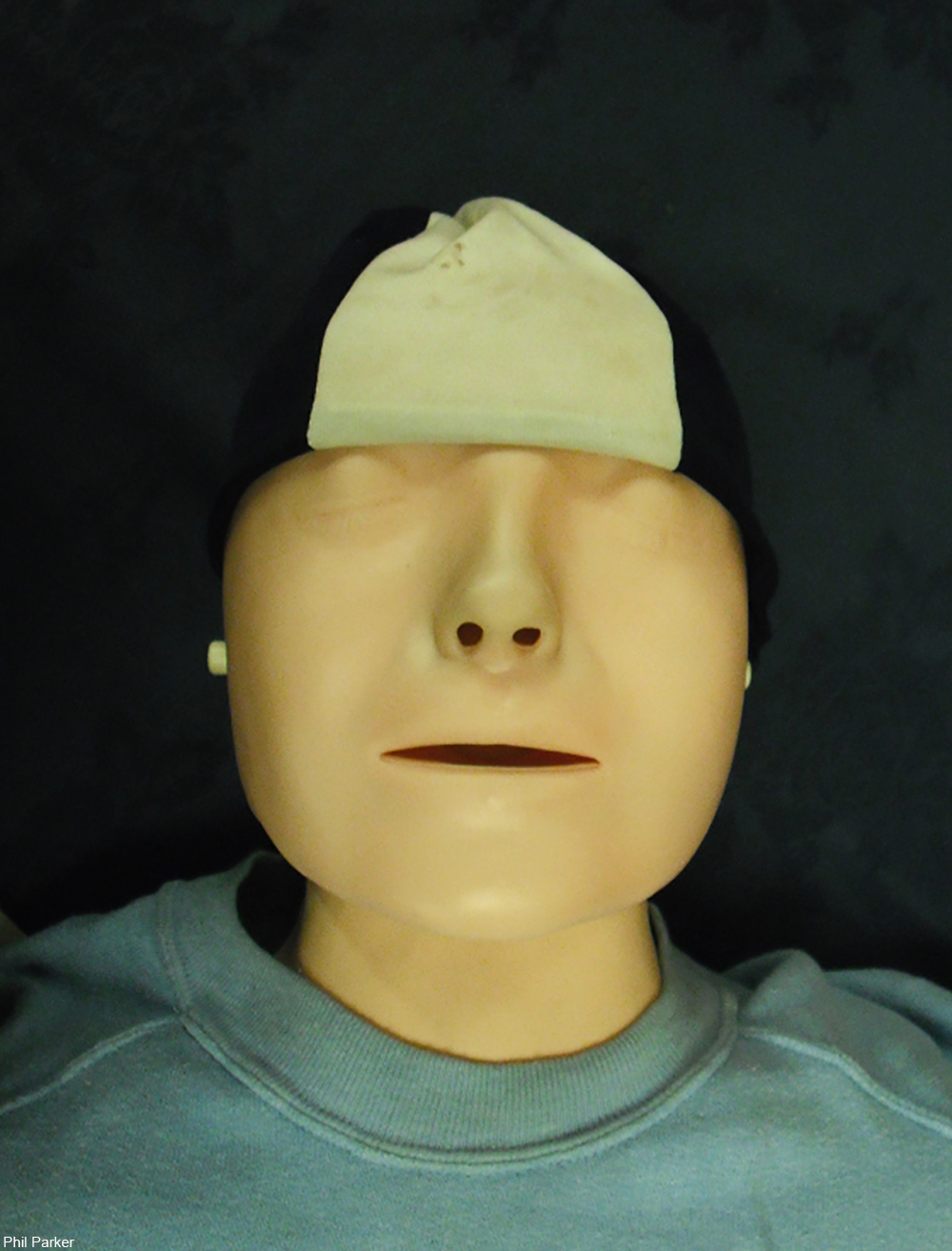 The doll was created using the help of Laerdal who had experience in modeling. After an experience with his own son’s near-drowning he was very willing to help Safar and Elam. When he thought about a training doll, he assumed a female doll would be less intimidating for students. And, when he pictured her face he saw the copy of L’Inconnue de la Seine that hung on his grandpartents’ wall. 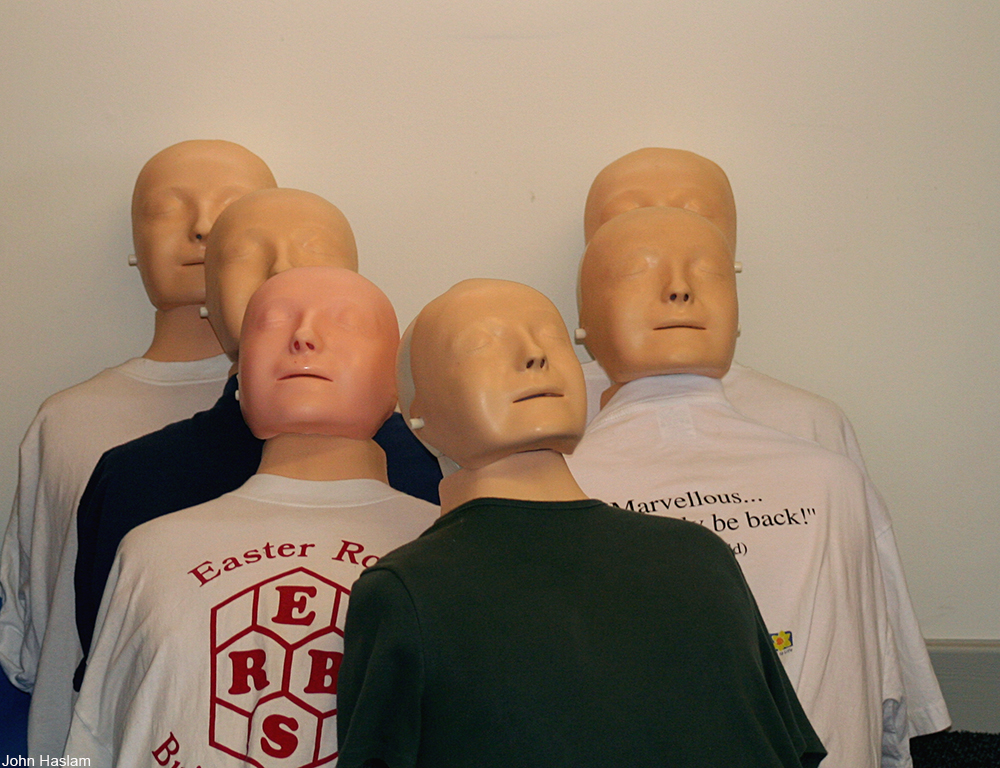 The doll was to be name Rescusci Anne and literally millions of people around the world have learned CPR on versions of this dummy, one created after the likeness of a very morbid piece of art. The Resusci Anne has been in production from 1960-present, but she isn’t cheap. An armless and legless version costs $1,200 and the whole-body model costs $1,795.

Experts say that, based on the skin tone of the supposed original mask, the woman in question couldn’t have been more than 19-years-old. Her visage continues to inspire art today.

That time i did a L’inconnue de la Seine paintover reconstruction. 2015. Fartoshop. Always thought she kinda resembles Trini Alvarado from the Frighteners.#linconnuedelaseine

While you may not need a CPR doll, the face of L’Inconnue de la Seine is still being reproduced today which is pretty amazing when you think about it.