Artist Takes the Tubman $20 Bill Design Very Seriously, Even If the Treasury Doesn’t

Since the U.S. Department of Treasury’s announcement in May of 2019 that the design of the Harriet Tubman $20 dollar bill would be further pushed back indefinitely (probably until 2026), sales of a unique stamp have soared. The stamp was initially created in 2017 to make sure that an Obama-era decision to put Harriet Tubman on the $20 actually happened. New York artist Dano Wall first made the stamp for his friends, about 100 to start, but then made them available for sale in his Etsy shop. Many members of the public very much want to see one of our nation’s unsung heroes on the $20 bill. 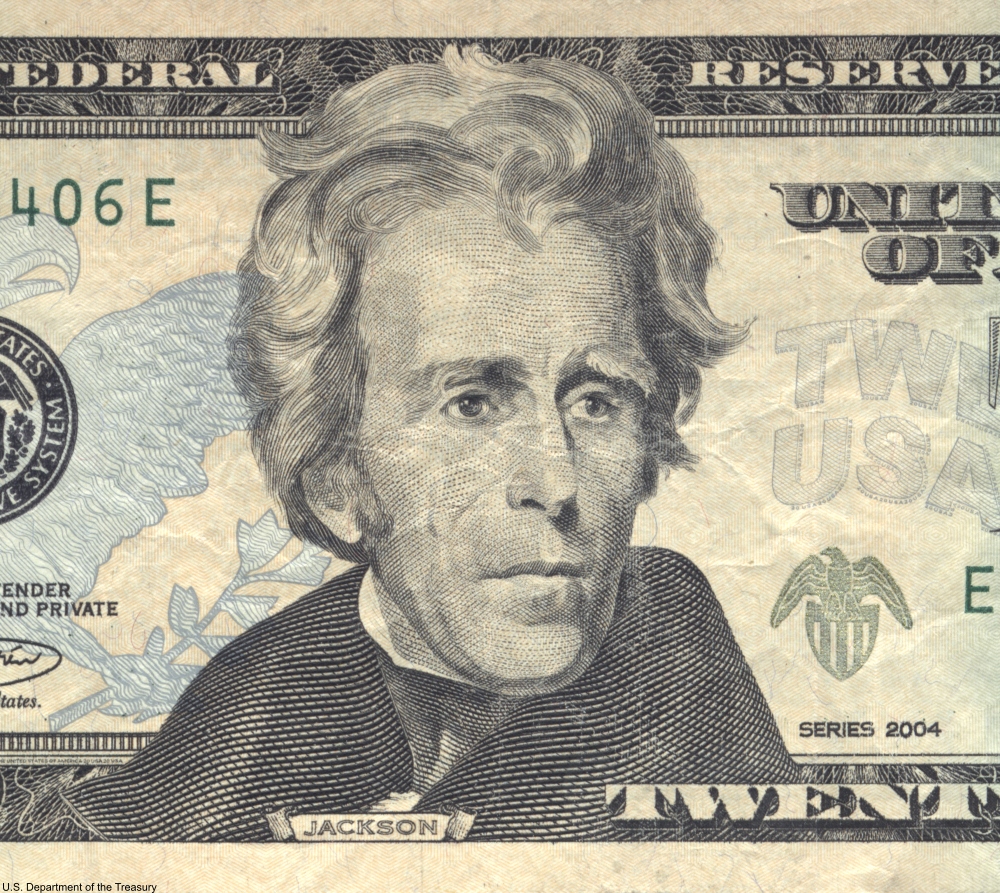 Alexander Hamilton was an important founding father and his efforts helped end the slave trade (but not the institution of slavery) in the U.S. His importance in American history is unquestionable.

On the other hand Harriet Tubman’s work of actually endangering her life in order to help slaves escape the South before the Civil War is one of the bravest a person could ever do, especially when she herself could have been cast back into slavery for doing so. Tubman, on her many trips back to rescue her family (after escaping herself), was never able to find her children, but she rescued other families before becoming a nurse, cook, and spy for the Union during the Civil War. Many admirers of her astounding work are angry that the U.S. has not yet honored her with a spot on the $20 bill.

Put a #TubmanTwenty into circulation at the Duane Reade at Port Authority last night. The cashier saw the stamp and said “What should have been.” Perfect. pic.twitter.com/4xo6rwq5kY

Wall’s stamp sold out quickly, but the concept has proved so popular that many knock-offs are being sold at the moment. Wall’s stamp has a notch cut out in order to help the user properly line up the image and done very carefully the image aligns well, with the Tubman’s features nicely sitting on top of Hamilton’s.

According to Wall: “The original image for this stamp comes from a carte-de-visite portrait of Harriet Tubman taken by Benjamin Powelson in Auburn, NY in 1868, currently the earliest known photograph of her. She would have been about 46 years old at the time it was taken.” Wall has since also offered patterns to help people to make their own Tubman stamps, non-commercially of course. 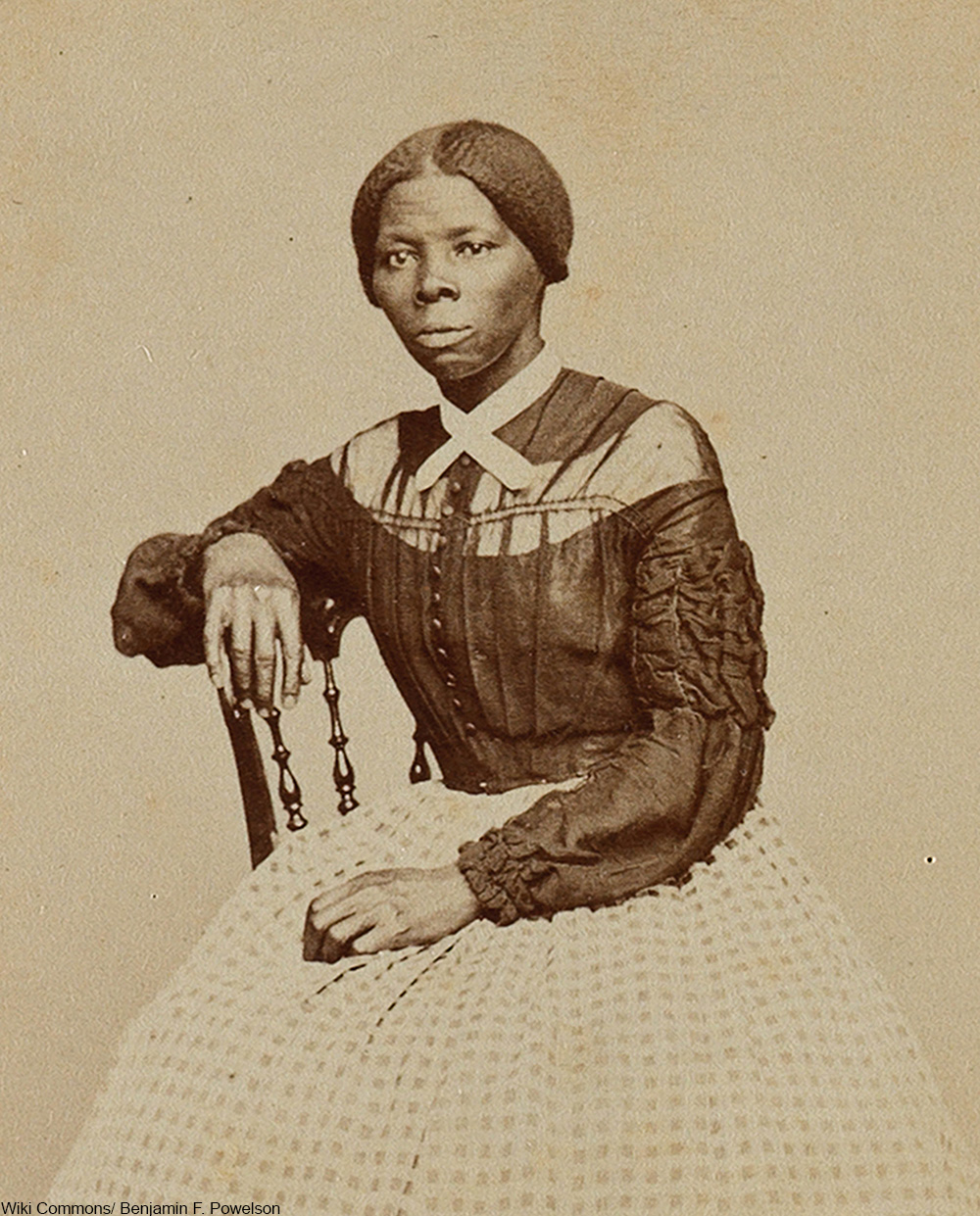 Photo of a young Harriet Tubman from which Wall’s stamp was created. Via/ Wiki Commons

Hello new followers! I understand that many people are eagerly awaiting more stamps to go into stock. I’m doing my best to quickly scale up production to meet demand. In the meantime, please check my saved stories for suggestions on other worthwhile ways to direct your energy 🥰 . . . . A little background about this project: the design files for the stamp are available to download for free on Thingiverse.com (thing:2537926) under a Creative Commons – Attribution – Non-Commercial – Share Alike license. I welcome anyone to make their own stamps, all I ask is that any profit that may result from their manufacture be donated to charity (DM if you need suggestions). . . . . The intent of this project is to get and keep as many Tubman $20s in circulation as possible. Although marking a bill in such a way as to render it illegible or make it unfit for circulation is expressly prohibited by I.I.18 U.S.C. § 333 of the United States Code, this stamp does neither and you can feel safe knowing that the letter of the law as well as all available legal precedent strongly supports stamping campaigns around issues of social justice. . . . Thanks to @michelephoto for generously donating her time to take these beautiful photos 📸 . . . #tubmanstamp #tubman20 #tubmantwenty #womenonmoney #representationmatters #harriettubman #harriettubman20 #makechange

Custom-made artwork on money is no new phenomenon – just think of hobo nickels or all the various costumes which have been retroactively applied to George Washington via the $1 bill.

If the project really is delayed until 2026 or later then the chances seem pretty good of finding a Tubman twenty long before the U.S. Treasury ever issues an official design.

The American tradition that is the hobo nickel: Click “Next Page” below!