Invented for Adults, They Then Became Beloved Children’s Toys

These cute machines look like toys and they are. But they are also functional and collectible toys that have a long history as useful tools. Intended originally for use by adults, these cool toys have become popular as decorations and collector’s items. From tool to toy, read on to find out more about vintage toy and chain stitch sewing machines. 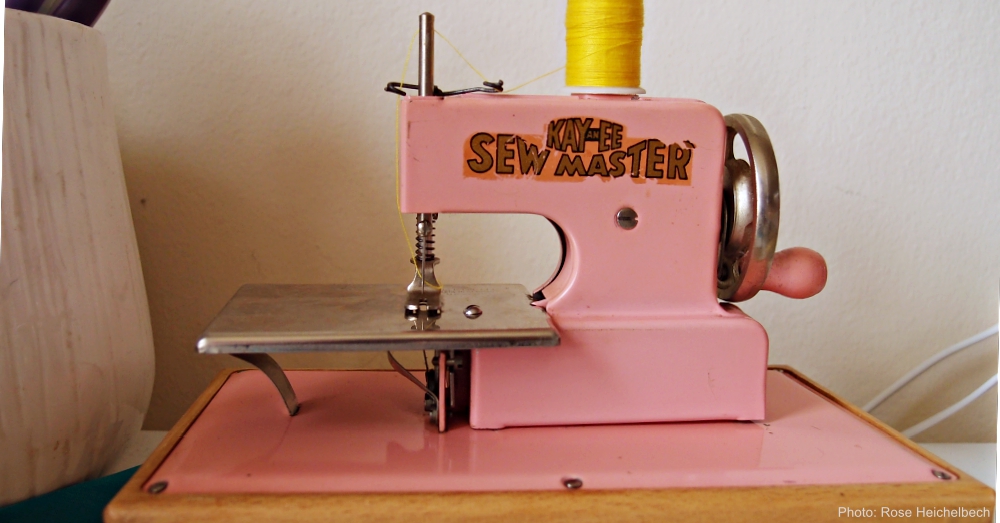 Chain stitch machines were originally marketed as both lightweight portable devices and then later as toy machines for little girls to use. The latter half of the 19th century saw many machine designs being sold. The patents filed by James Gibbs in 1857 and 1858 were critical in the design of the chain stitch machine. Singer Sewing Machine Co. later copied some of the key design features of these devices. 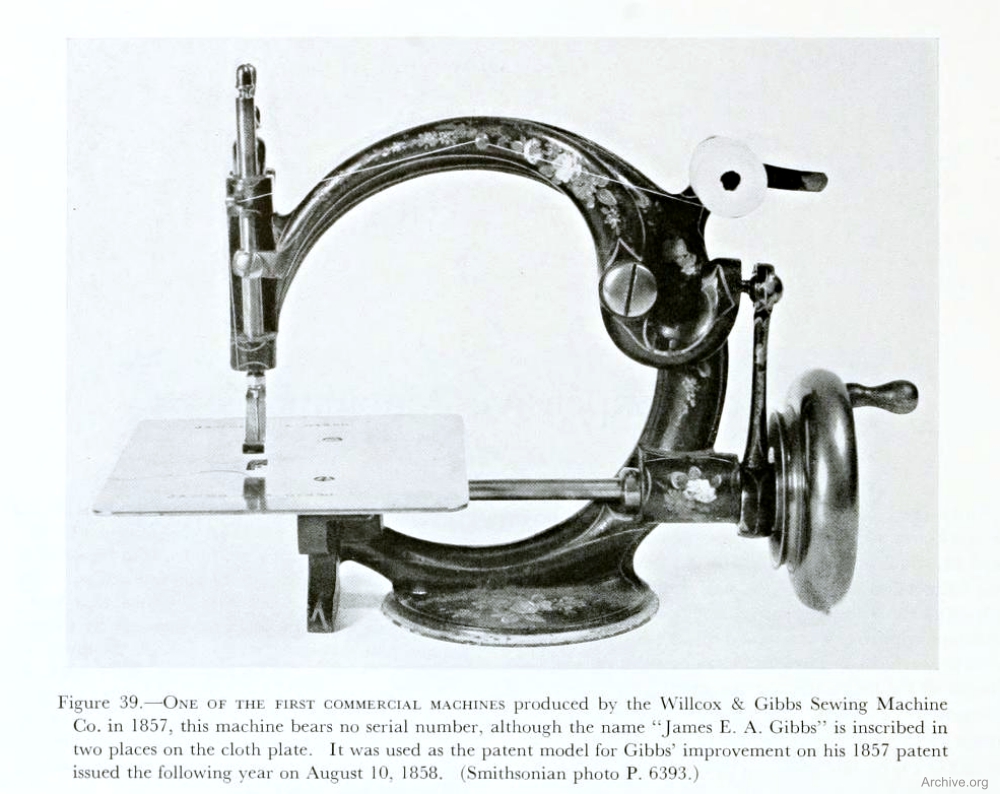 Petite in size, these machines boasted fewer component pieces for easier threading and usage. If you learned to sew on a full-size Singer treadle machine (like I did), the value of fewer component pieces becomes clear! With no bobbin case to load, these machines were easy to use and to learn on. With the hand crank operation, sewing was easy and controlling speed was a breeze, although a large project might take a long time to complete. Early chain stitch machines were created with the idea of a more affordable, more portable, and less complicated machine that would appeal to families of modest incomes. The down side of this style of machine is that it only produces one type of stitch. As a machine built to travel, a single stitch was not a big concern for adult users. As a child’s machine, this limitation was not a hinderance either. 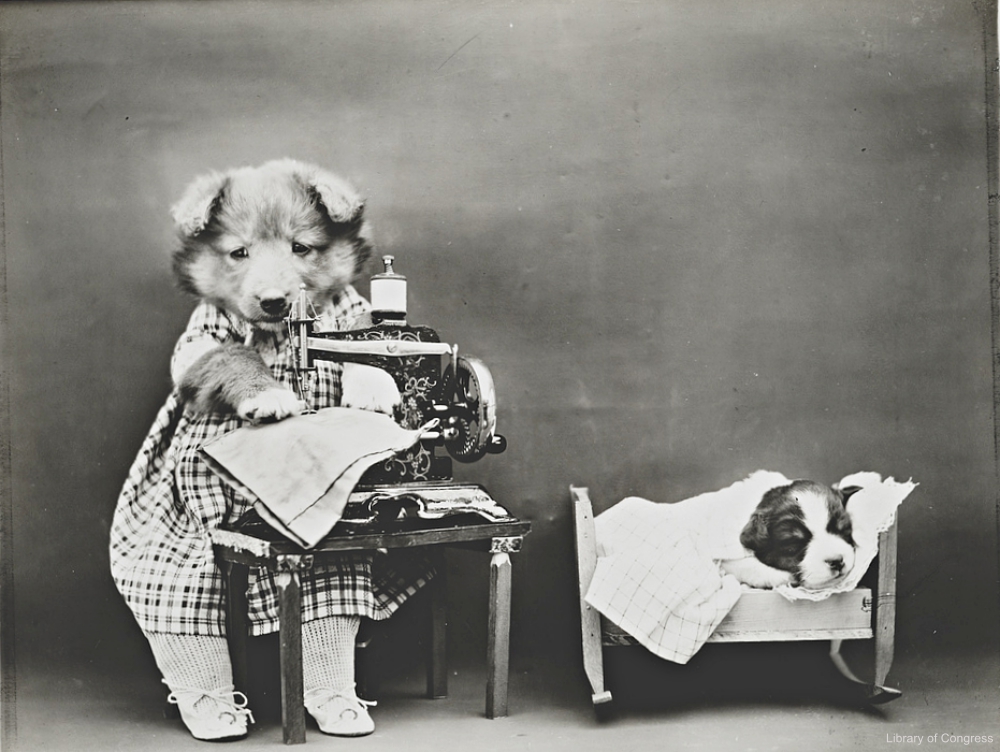 Scaled down versions of adult tools were often made for children as toys, although it’s rare that they were easily used for their intended purpose. But these machines were known for their ease of use and dependability. The toy sewing machines made in the 1960s were metal or a combination of metal and wood. Later toy sewing machines often had plastic components, rendering them more like toys than proper sewing devices. Toy sewing machines are still being made today, many with various stitch functions; most of them are primarily made of plastic. 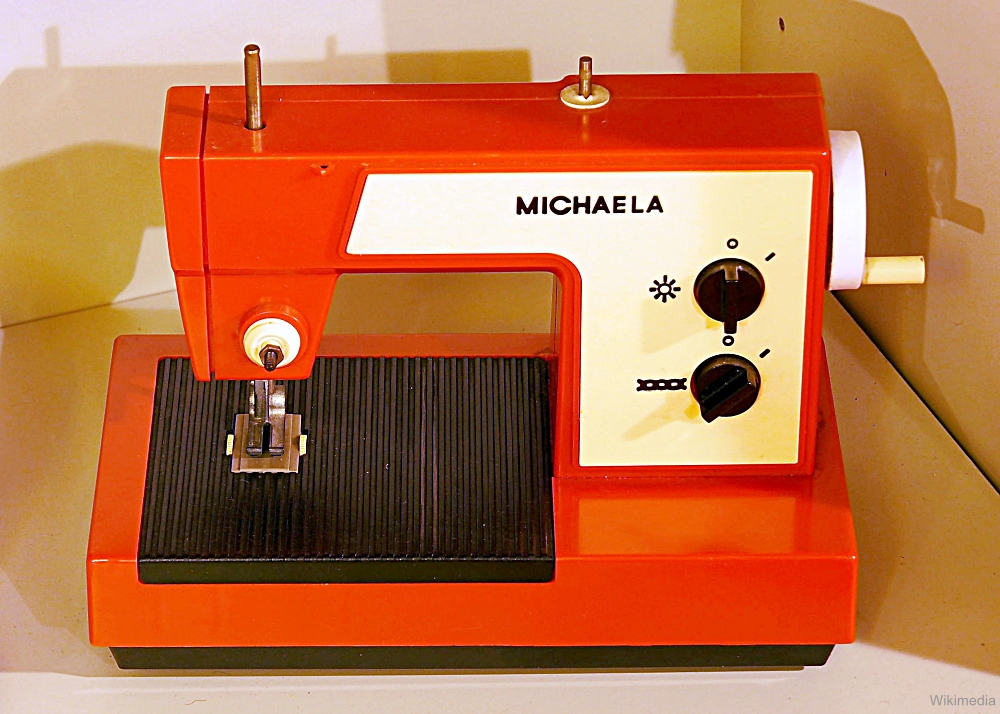 The bright colors and sweet designs of toy sewing machines are a big draw for anyone who loves to sew. Collectors are typically very interested in the brightly painted metal machines or the machines that feature ornate decals (such as the Singer 20 Sewhandy). Today these charming machines can sell for $30 to well over $100. They make vibrant and quirky decorations in sewing rooms or for anyone who loves vintage toys.

Take a peak at these cool vintage toys from the 1950s!