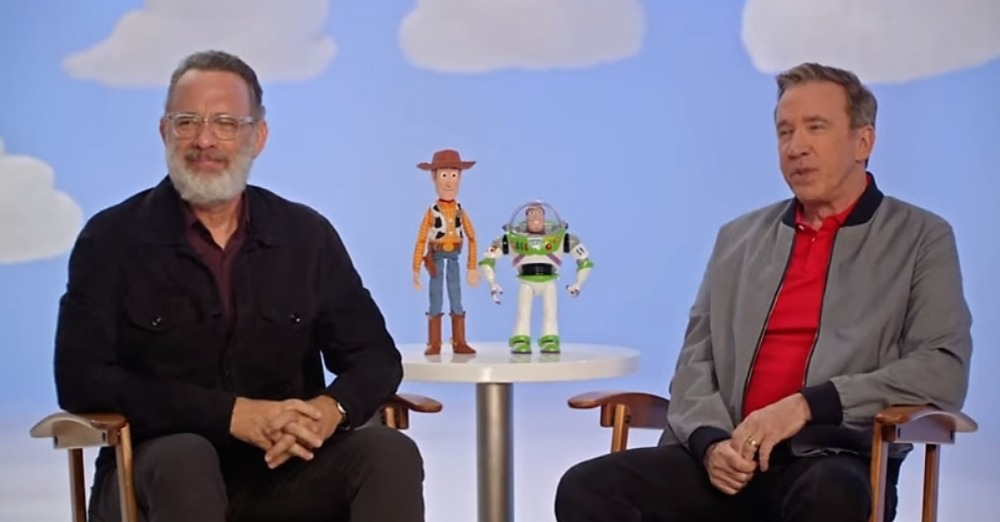 It really warms our hearts to find out that Toy Story stars Tim Allen and Tom Hanks are best friends in real life, not just in the movies. On June 10th, they shared a video about their friendship to promote the upcoming Pixar giant, Toy Story 4. The movie came out on June 20, 2019, after a lot of media buzz.

Tim and Tom have been voicing Buzz and Woody since 1995. Just like in the movies the real-life Buzz and Woody have a friend in each other. If you aren’t a big Toy Story fan, know that Tom is the voice of Woody and Tim is the voice of Buzz in the franchise. Their new movie is already ranked at 100 on the review site Rotten Tomatoes as of 6/14/2019. 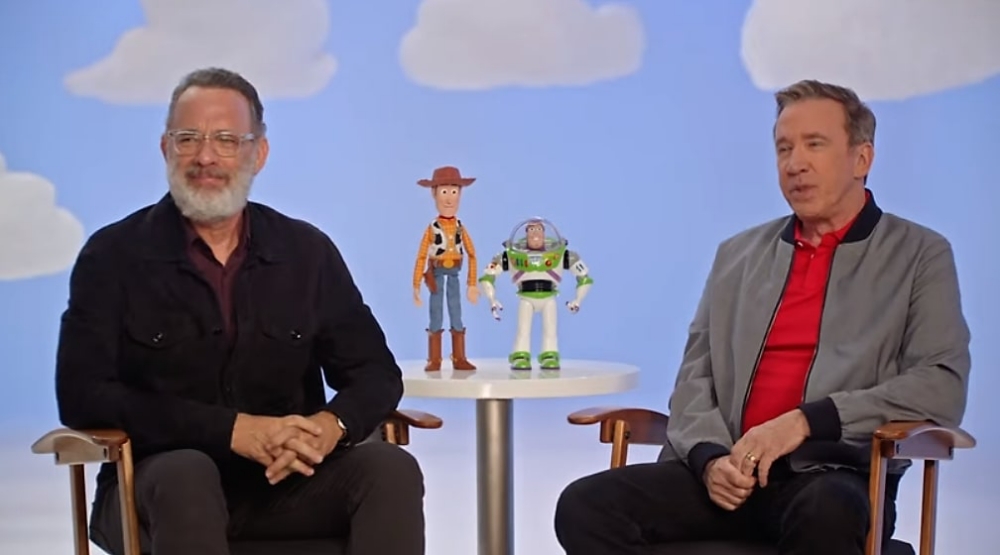 Tom Hanks says in the video he can’t even remember the first time he met Tim. He also jokes that Tim has been Buzz Lightyear for forty-five years (it has only been 24 years, which is still a very long time). Since they met voicing these iconic characters, it appears they have gotten really close over the years, especially when doing the voice work for new movies. 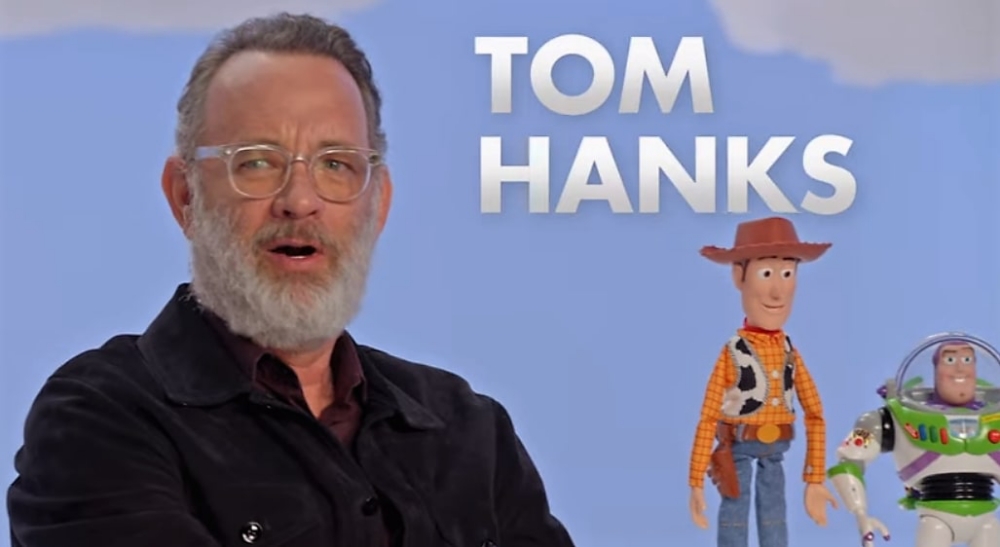 Even though Hanks and Allen may go for a while without seeing each other, Tom says they always pick up right where they left off. They don’t need to catch up, they just start chatting about their lives. Tim says that their relationship is actually a lot like Woody and Buzz’s in the movies. That is so cute! We want to see more about their real-life friendship. 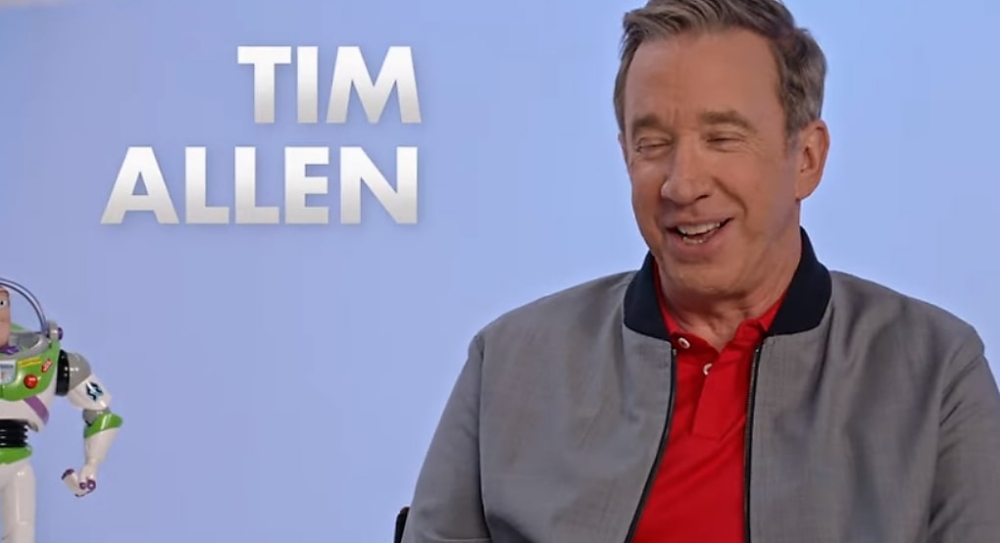 They were asked to describe each other in one word. Tim said that Tom is skilled, while Tom joked that Tim is cranky! Oh boy…it seems like they like to joke with each other and poke fun at the other person. We know that their characters will be joking around with each other in Toy Story 4! 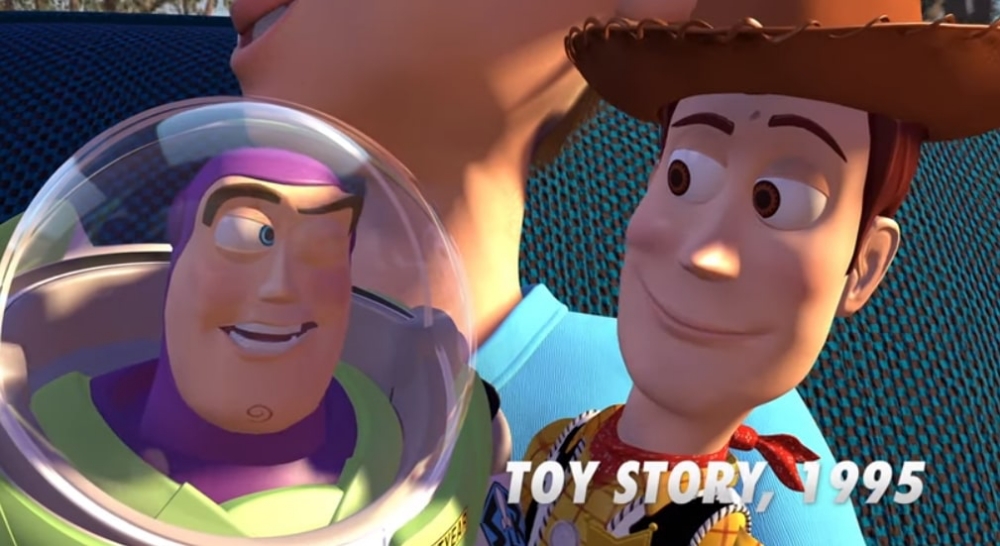 You have to see the video below where they discuss their friendship! Tim also thanks the toys for bringing them together as friends. It is really sweet. We just can’t get enough of Tim and Tom’s friendship!