The Legend of Tom “Dooley”

Many of us have heard his name before: Tom Dooley. Only, his last name is actually spelled “Dula”(pronounced like “Dooley”) and believe it or not he was a real person. The folk songs of the Appalachian mountains became extremely popular during the folk revival of the 1950s and 1960s and many performers of the era sang a version of “Tom Dooley” for enthralled audiences. But, the myths surrounding the real man are many, so let’s get to the bottom of what really happened to “poor” Tom Dula. 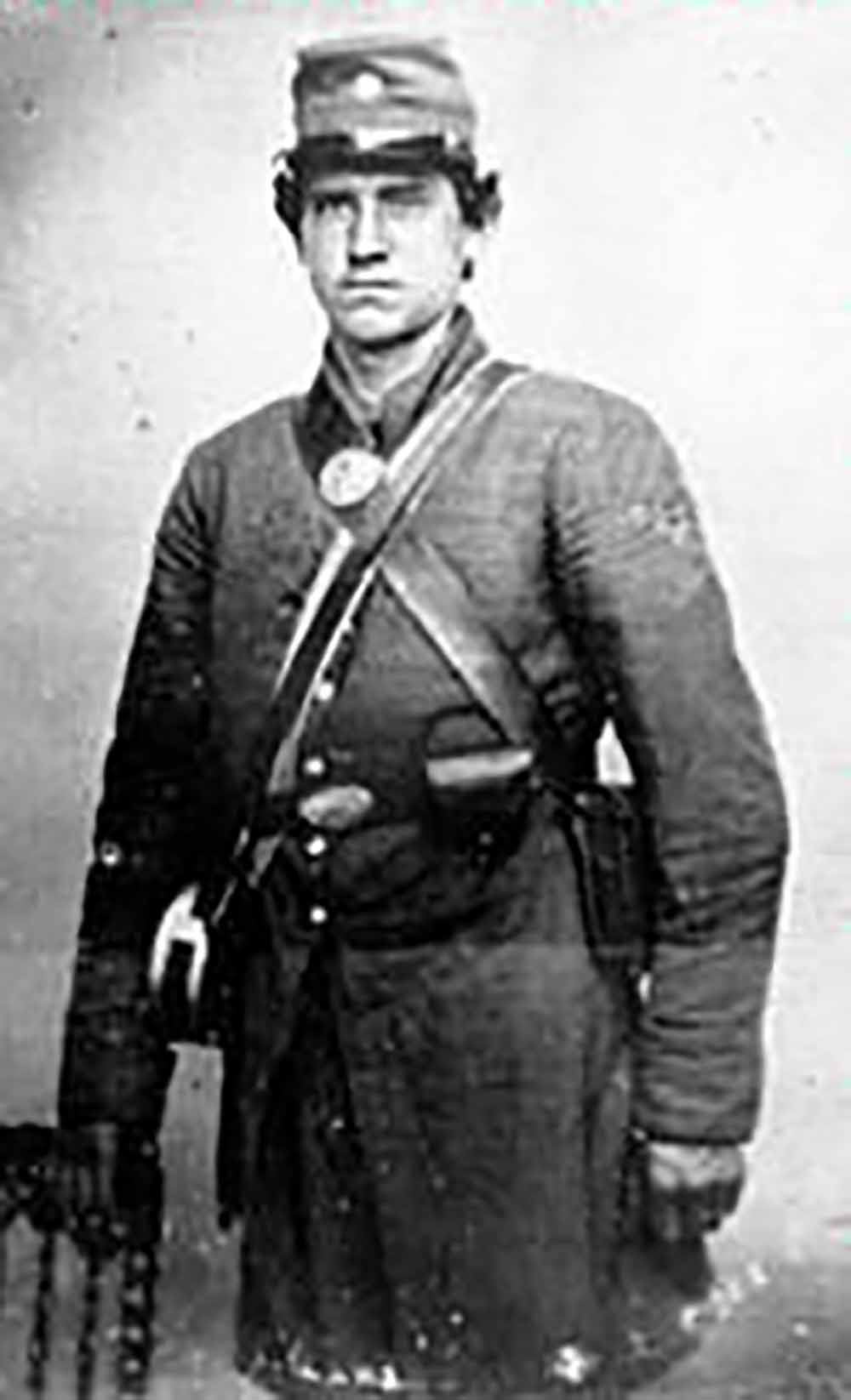 Thomas Dula in his Confederate uniform. Via/ Wiki Commons

The most famous rendition of the song was recorded by The Kingston Trio in 1958 and subsequently reached #1 on the Billboard pop charts. This prompted a number of other performers to sing this song, which is why most of us today know at least the chorus of this iconic murder ballad. However, the song actually dates back to the 19th century.

It was purported to have been written by Wilkes County local, Thomas C. Land, upon the hanging of Dula in 1868. There are many legends about the song, including that Dula himself wrote it while awaiting his own execution. This is false, but it’s interesting to note that Dula was actually a musician. 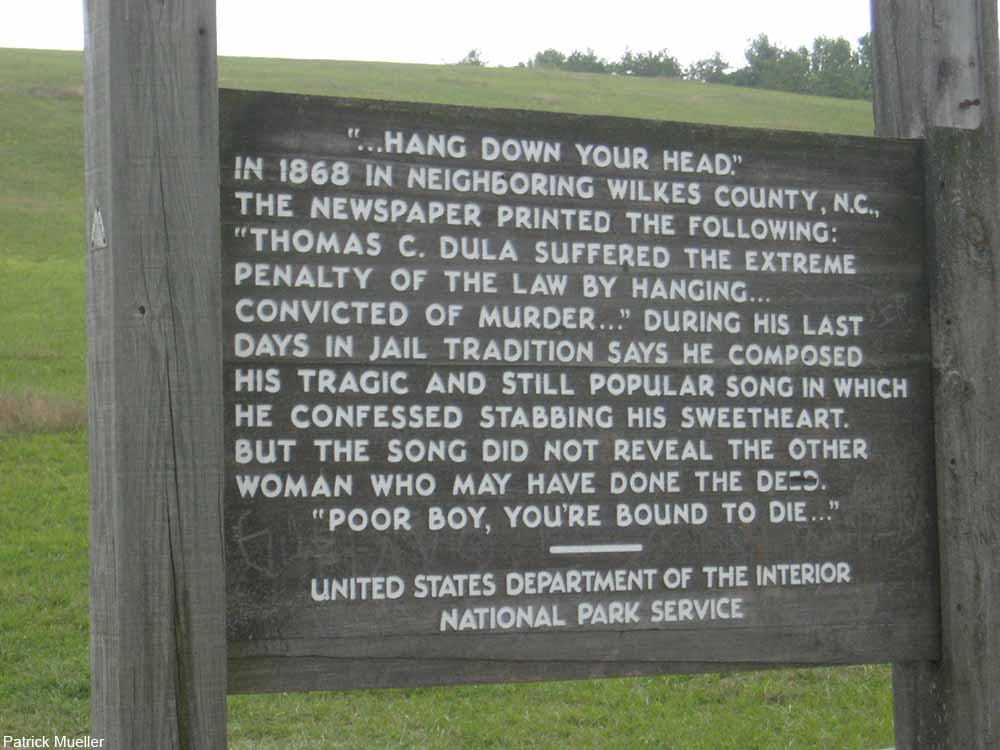 Local sign erected by the National Parks Service in the Blue Ridge Parkway listing the story that Dula wrote the song himself. Via/ Flickr

Dula was born into extreme poverty in 1845, yet learned how to read and to play the fiddle. By many accounts he was a ladies man who courted several girls at the same time. This fact which proved mighty important later in his life. He formed closed bonds with a local girl named Ann Melton. Being from North Carolina, Dula joined the Confederate Army in 1862. Melton had married by the time he returned from being held as a POW, but that didn’t stop him from resuming his relationship with her when he got back.

At the same time Dula also started a romantic relationship with Melton’s cousin, Laura Foster, who was unmarried. The story goes that he planned to elope with Foster in 1866, but instead of marrying her he killed her and concealed the body in a short grave, as she was later found with her legs folded up to allow her to fit in the small space. She had been stabbed in the chest and she was pregnant at the time of her death. 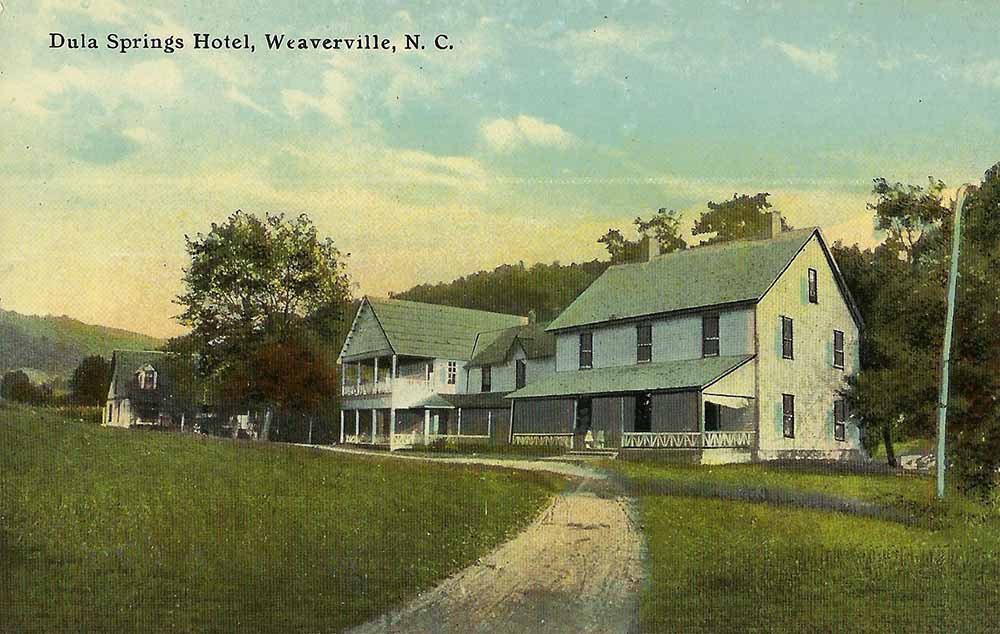 After the murder, Tom reportedly met up with a relative, also named Thomas Dula, at the farm which would later become the Dula Spring Hotel. Via/ Flickr

One version of events tells that Dula, in his philandering ways, had contracted a venereal disease (syphilis) and sought to find and kill the person who he thought had given it to him. The story goes that after the murder he fled to Tennessee only to be caught by the police after his employer, Colonel James Grayson, turned him in.

There are many versions of the song, but all mention that Dula killed Laura Foster and that he buried her, a crime for which he had to pay with his life. However, some tellings of the story are that Ann Melton actually killed her cousin out of jealousy. There is a famous quote that even though she had been a potential suspect, she claimed that no noose would be wrapped around her “pretty neck”. Some think that Dula was a Southern gentleman who refused to let a woman be executed and so took the blame. It was Dula’s 15-page life story and telling of the “real” story that is said to have earned Melton an acquittal in the end.

The truth is we’ll never know if she played a part in the killing of Laura Foster or not. Some myths purport that she confessed her role in the murder on her deathbed, but the evidence is anecdotal at best.

What we do know is that Tom Dula was sentenced to death by hanging on Valentine’s Day, 1868 and was executed on May 1, 1868, in Statesville, NC, after two extremely public trials which made headlines (and two appeals). The first trial had been overturned on a technicality. But, nothing could change the outcome of “guilty”. Newspapers at the time reported that 3,000 witnesses were in attendance for his execution.

His grave is on private property near Elkville, and has been destroyed in the past by tourists looking for souvenirs of this sordid tale.

There have been two markers for each Laura Foster and Tom Dula made over the years. But, perhaps the best landmark we all share is the catchy folk song which tells their sad and twisted story.

Have a listen to The Kingston Trio performing their beloved hit live in 1981 in the video below.