Titanic Shipwreck May Be Completely Gone in Another Few Decades

After being the shipwreck was lost at the bottom of the sea following the tragic collision with an iceberg in 1912, the remains of RMS Titanic was finally discovered (by accident) in 1985 when Robert Ballard was hired by the U.S. government to find the shipwrecks of some Cold War era nuclear submarines. Since then, various items from the shipwreck have made their way into museums and private collections. But, it’s not scavengers or even the intense pressure of the ocean that now threatens this historic shipwreck. The threat, if you can believe it, is a tiny microbe. 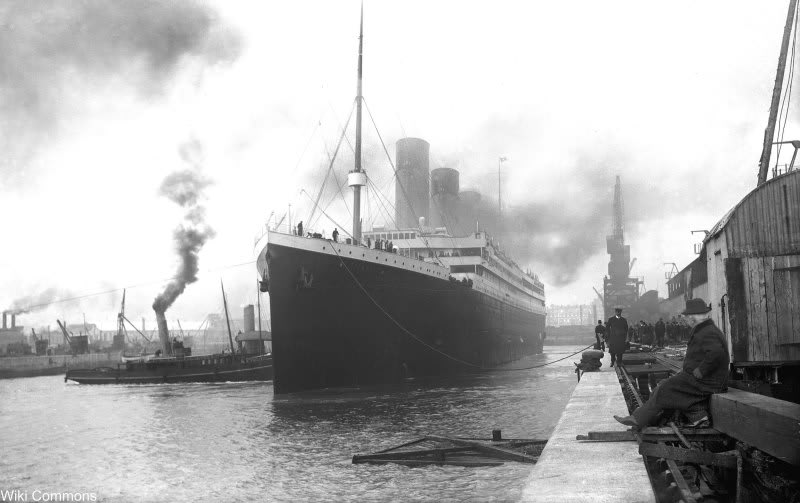 A docked Titanic in April of 1912. Via/ Wiki Commons

After the initial discovery of the Titanic shipwreck, agreements on how to handle artifacts and treasures from the wreck were passed in 1986. As a UNESCO Underwater World Heritage site, divers, captains, and scavengers are urged to be respectful of the site in regards to landing, debris, garbage and other impacts that modern vessels may have on the shipwreck. Since the Titanic has been at the bottom of the sea under intense pressure for more than 100 years there are many aspects of the ship that showing wear and decomposition. But, neither modern explorations nor pressure pose as big of a threat as the microbe which has now been named for the historical heap of metal. 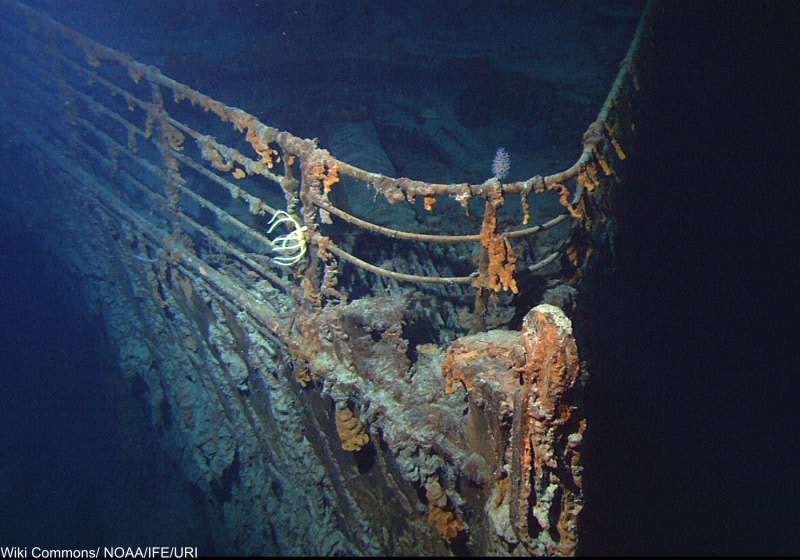 The threat, which scientists say may eat away the remaining metal of the Titanic in just 20 years, is actually a very hardy bacteria. While some forms of bacteria can actually help to preserve some shipwrecks, this particular one has been eating away at the hull of the Titanic. Found in the “rusticles” that cling to the surface, the species of microbe has even been named after the infamous unsinkable ship: halomonas titanicae. Here’s the real kicker – h. titanicae was previously unknown to scientists! 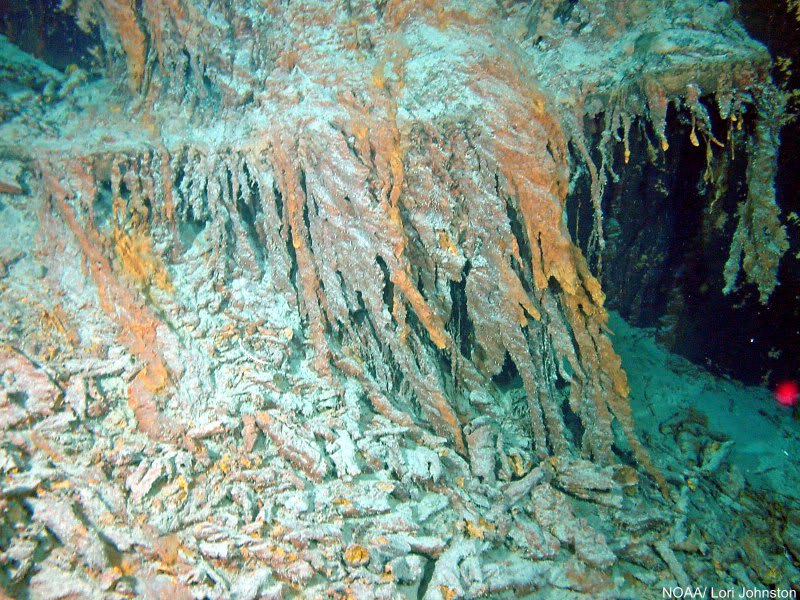 An example of the “rusticles” found on the shipwreck. Via/ NOAA

The reason many shipwrecks are preserved by microbes is that, after the initial damage done to the ship as the bacteria and microorganisms feed on the surface layer of whatever material the ship was made of, the multitudes actually create a biofilm on the ship. This biofilm made from millions of tiny microbes and their waste is built upon by future generations of microbes, thereby protecting the lower layers of the ship.

In the case of h. titanicae, discovered in 2010 after a team of researchers analyzed a Titanic sample collected in 1991, it’s a little bit different. The salt-loving microbe is particularly dangerous to the Titanic because it eats iron, a key component of the ship’s hull and rivets.

The resulting knobs of corrosion, called rusticles by scientists, are one of the telltale signs that led to a shocking prognosis: the Titanic may be destroyed by these microbes by the year 2030! Nothing lasts forever, but it is somewhat shocking that a vessel so prevalent in our culture and modern compared to ancient shipwrecks should disintegrate so quickly.