The Man Who Lived in Three Different Centuries

It’s not often you hear of someone who can personally recall events that happened in three different centuries. In fact, historical claims to centenarian ages are often in question since birth records were not as well kept in the old days. It was also common place for boys to lie about their age in order to join the army. For all these reasons it can be doubtful if people who claimed to be 114-years-old can be believed. However, there is strong evidence in the case of Federick “Uncle Fed” Messer, who was said to have been born in 1797 and died in 1907. 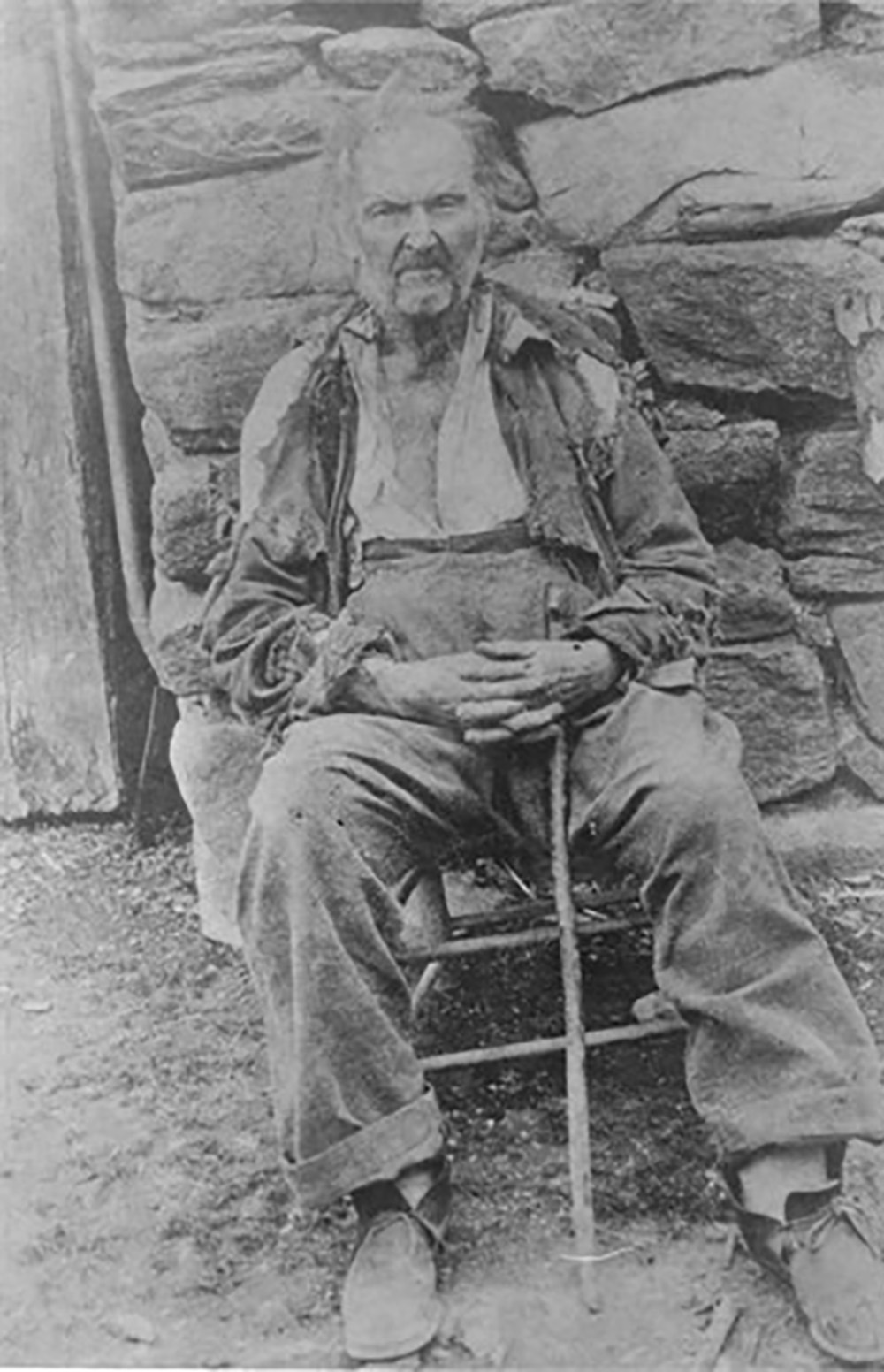 Messer was born in Lincoln County, North Carolina and died in Haywood County, appearing to live in the state his entire life. Interviewed by a local reporter (H.E.C. Bryant) in 1901, Messer recalled the memory of the death of George Washington in 1799 when Messer claimed to have been the age of 7.

By his own account he was set in his ways, never buttoning his shirt all the way up and taking a long swim in the Pigeon River every year on his birthday.

It wouldn’t be until the 20th century that Messer tasted ice cream for the first time, referring to it as “cold sass” when he finally tried it. 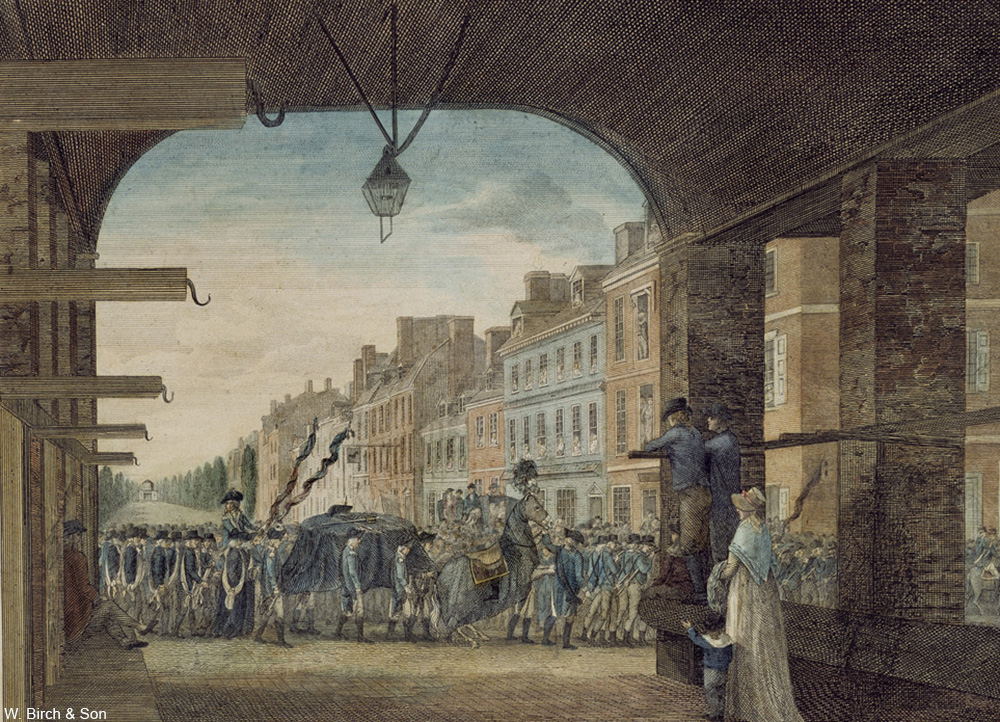 In his later years Messer lived in the country with his youngest daughter, Susan, in a two room log cabin where he and his wife, Anna Hunter, had raised their 9 children.

Sadly, Anna died in 1894. The couple had 4 boys and 5 girls, however none of the boys survived to see the 20th century. 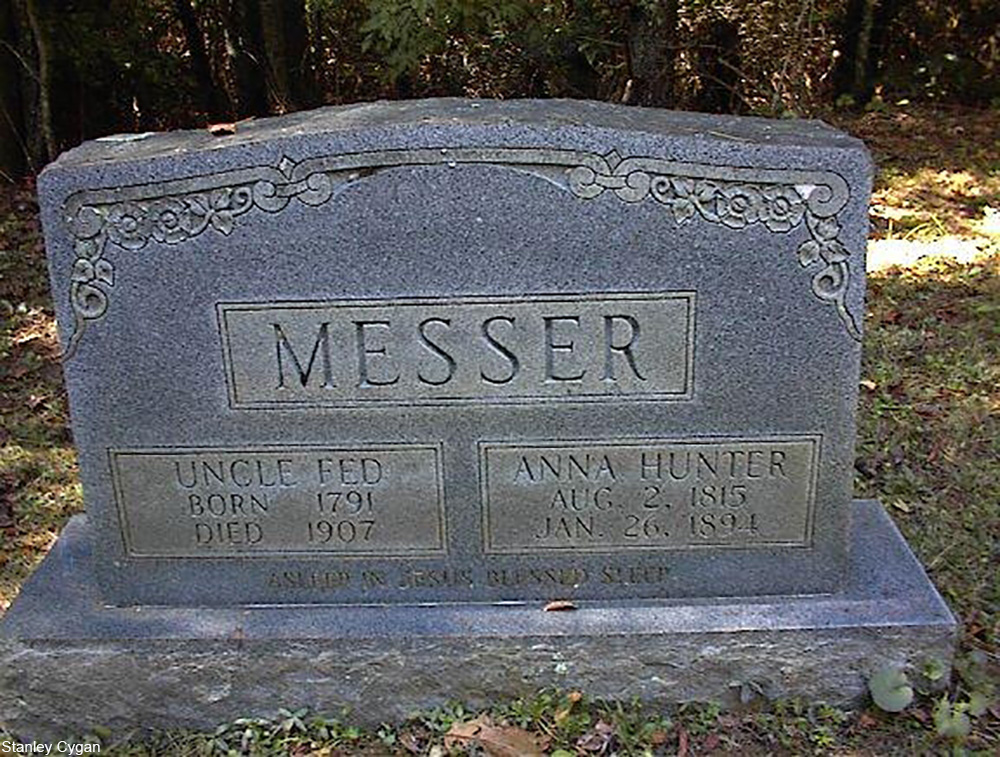 Messer never learned to read or write, but was fond of hearing Bible stories told to him. When asked about his tobacco and alcohol use, his answer was not unlike so many people of advanced age: moderation in all things. He reported the take one sip of whiskey in the mornings before breakfast to settle his stomach and to have used chewing tobacco on occasion, particularly if he had a toothache.

On the other hand he didn’t drink if he was going out hunting because he felt it impaired his vision. And, he stated than more than a little bit of alcohol was bound to hurt him and he didn’t take things that hurt him even once.

Messer also stated this his longevity was in part attributed to his extremely regular waking and sleeping times, as well as his love of the outdoors.

In his heyday he claimed to have been able to hunt 4 bears or 32 turkeys or 26 deer in one day. That’s some claim! His cabin was remote, not reachable by carriage, and hunting and trapping was his occupation. If anyone could possibly have made these numbers, it would have been someone like Messer.

Captain R.A.L. Hyatt, Haywood County court clerk around 1900, insisted that there was an official record of Messer’s birth, a rarity in an era when fires destroyed records buildings with some regularity. His 1907 obituary in the Sandersville Herald (above) reported that he was survived by only one of his children and that he was 114 years, 6 months, and 5 days old when he died.