The Rise and Fall of the Iconic American Motel

There was a time when traveling by car was the preferred way to vacation. As the 20th century marched on, cars became more affordable, more reliable, and far more comfortable than they had ever been before. And, newly created interstate highways meant that, for the first time, auto travelers could easily navigate smooth roads in search of the next adventure or road-side attraction. Route 66, which opened in 1926, connected the country’s vast open spaces with her cities along many scenic miles. 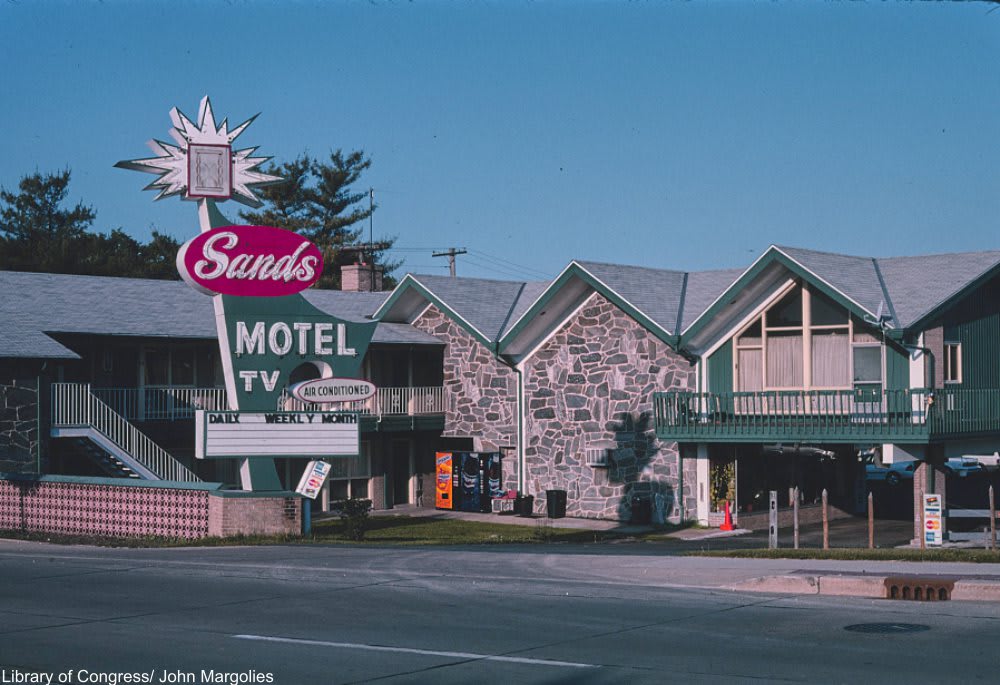 The Sands Motel, Ottawa, Illinois. Via/ Library of Congress

In the 1930s tourism catered around the car began to become big business. Travel by airplane was in its infancy and was prohibitively expensive for all but the wealthiest of people. Those who couldn’t afford luxury could sometimes afford a nice road trip, even if they could only drive so far in a day. And that’s where the humble motel got its start. 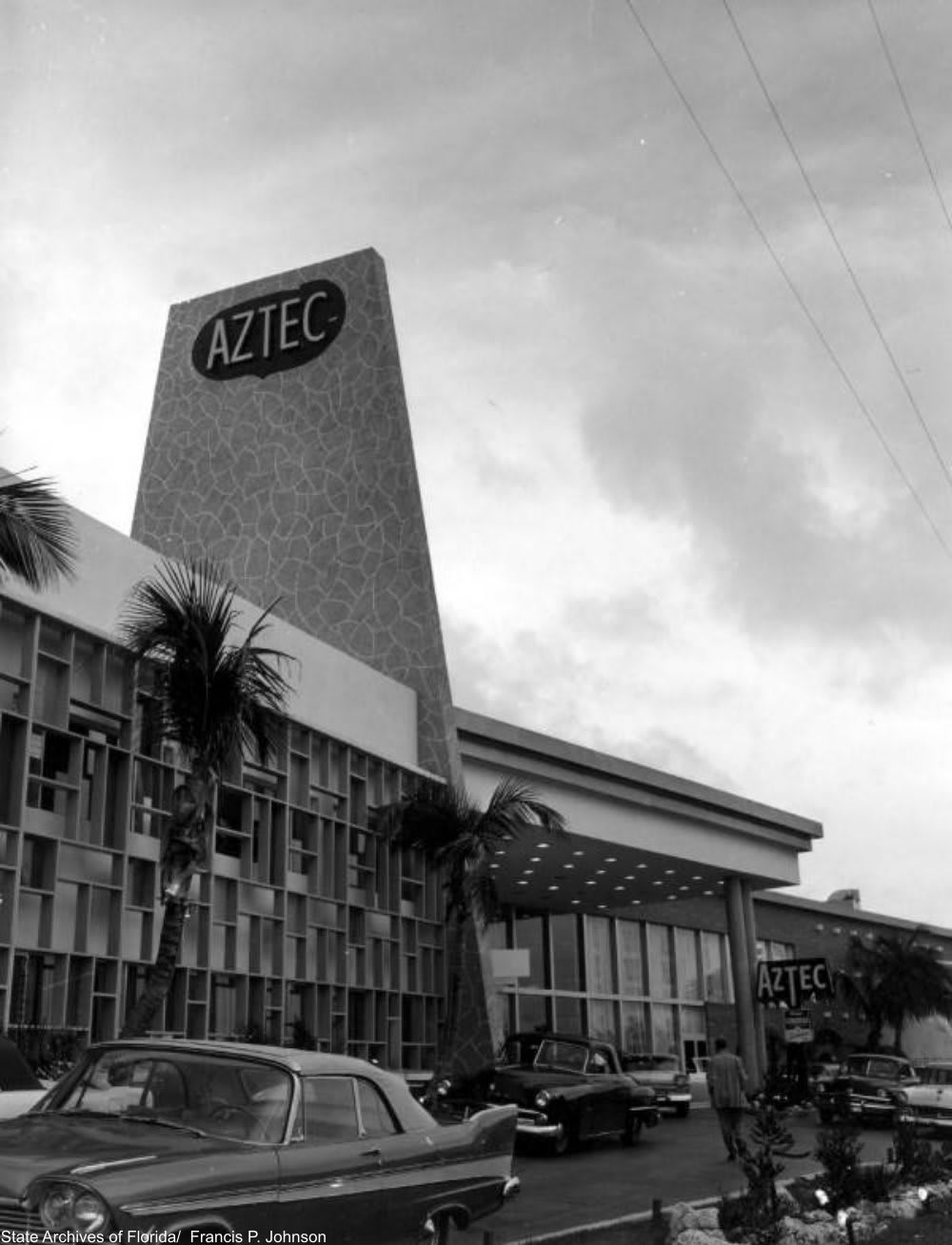 The Aztec Motel in Miami, Florida. Via/ State Archives of Florida

Just about halfway between San Francisco and Los Angeles lies the city of San Luis Obispo, a comparatively small stop on the way up and down the long state of California. Architect and businessman Arthur S. Heineman envisioned a series of inns from California to Washington State, all primed to serve the new car-faring customer with a brand new kind of lodging where one could pull their car right into a parking spot outside their room. This novel idea was Heineman’s baby and he built his first Milestone Mo-tel in the Spanish style with modern conveniences not found in cabins or campsites, at a price that far undercut hotels, at a location where road-weary car travelers would likely need a rest for the night. The idea was genius and the motel opened in December of 1925. 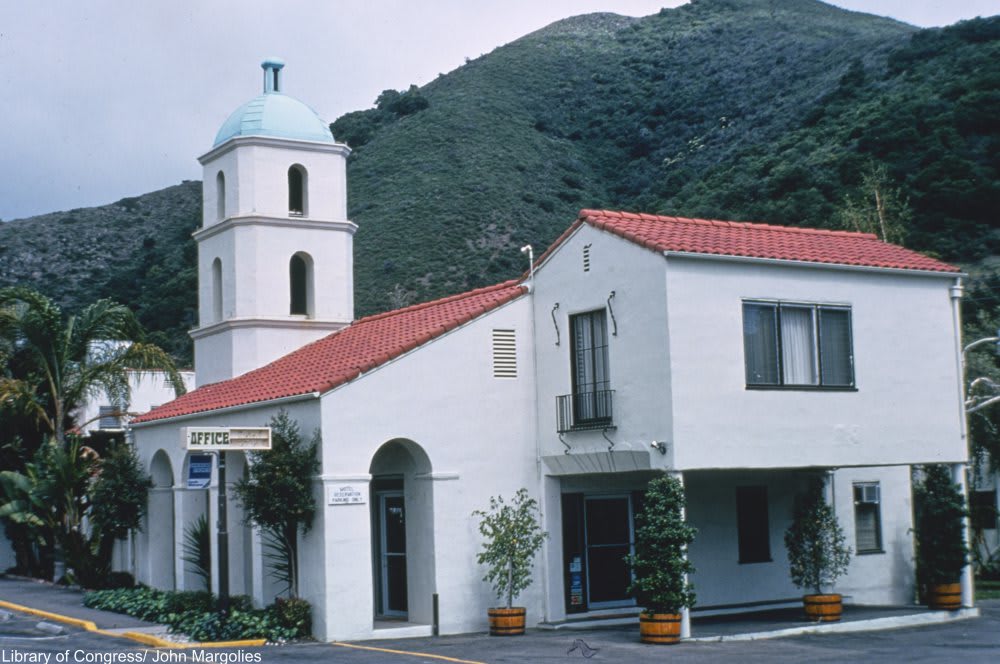 The original Motel Inn. Via/ Library of Congress 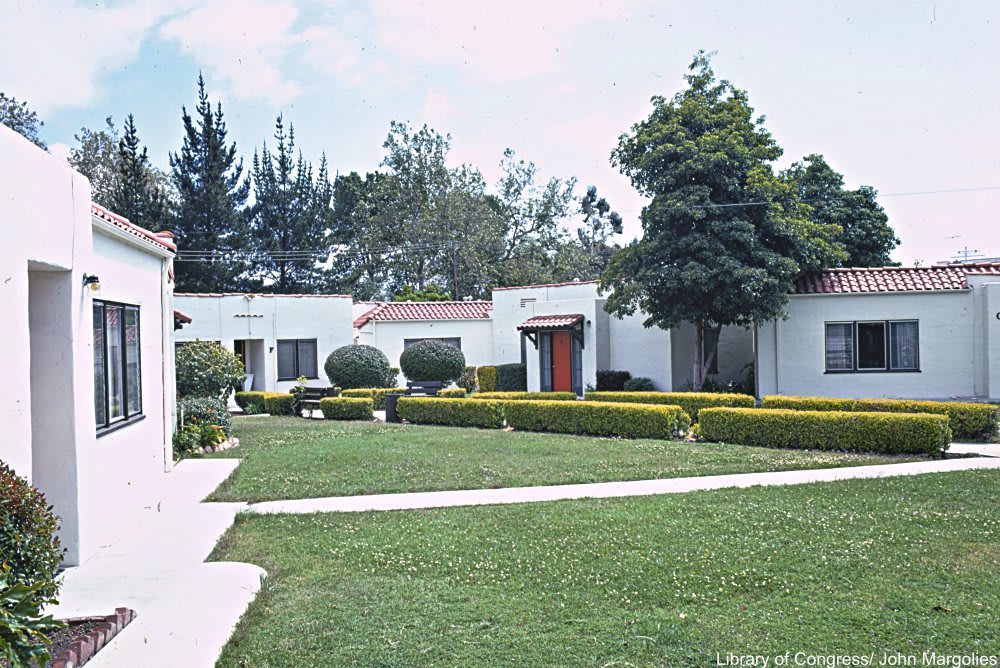 Motel Inn bungalows with tile roofs. Via/ Library of Congress

The name, which sadly was never copyrighted by Heineman, came about by accident. His idea for the name had been the “Milestone Motor Hotel and Inn” but his name wouldn’t fit on the sign. He shortened it to “Milestone Motel Inn” and then later to just “Motel Inn.” Heineman created the concept, layout, and name of the motel – which would become a staple of American travel for decades, as well as an iconic touchstone of American design. 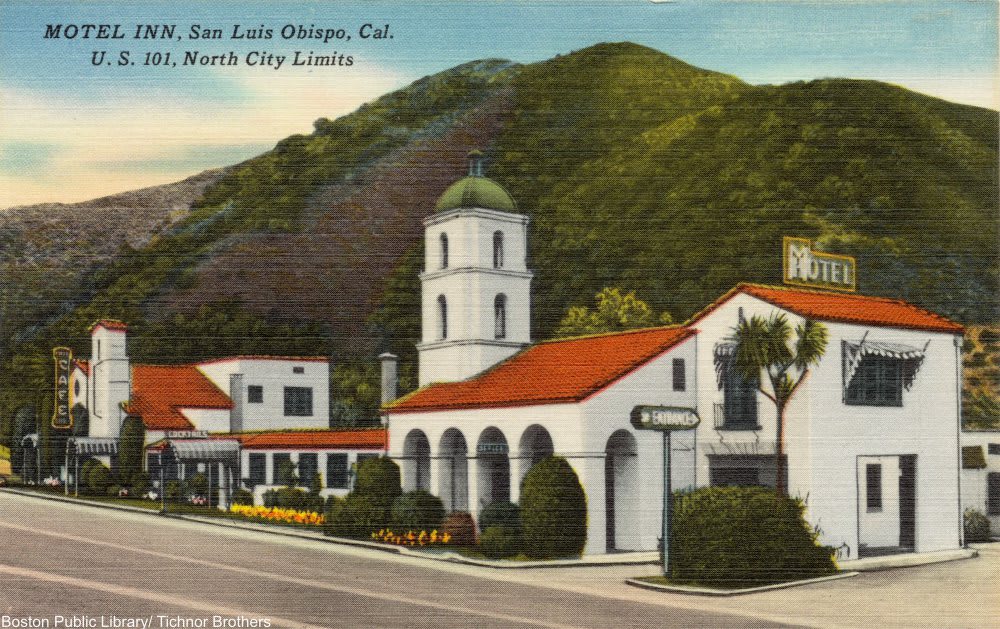 It is rumored that Joe DiMaggio and Marilyn Monroe, after getting married at the San Francisco City Hall, stopped for lunch at the original Motel Inn after having stayed the night in the Clifton Motel in Paso Robles. If motels sound a bit underrated for a film star and baseball legend, then remember that motels often had all the fixins: a service station, grocery store, laundry, kitchenettes in room, a cafe, and probably more anonymity than any hotel could ever afford a celebrity power couple. 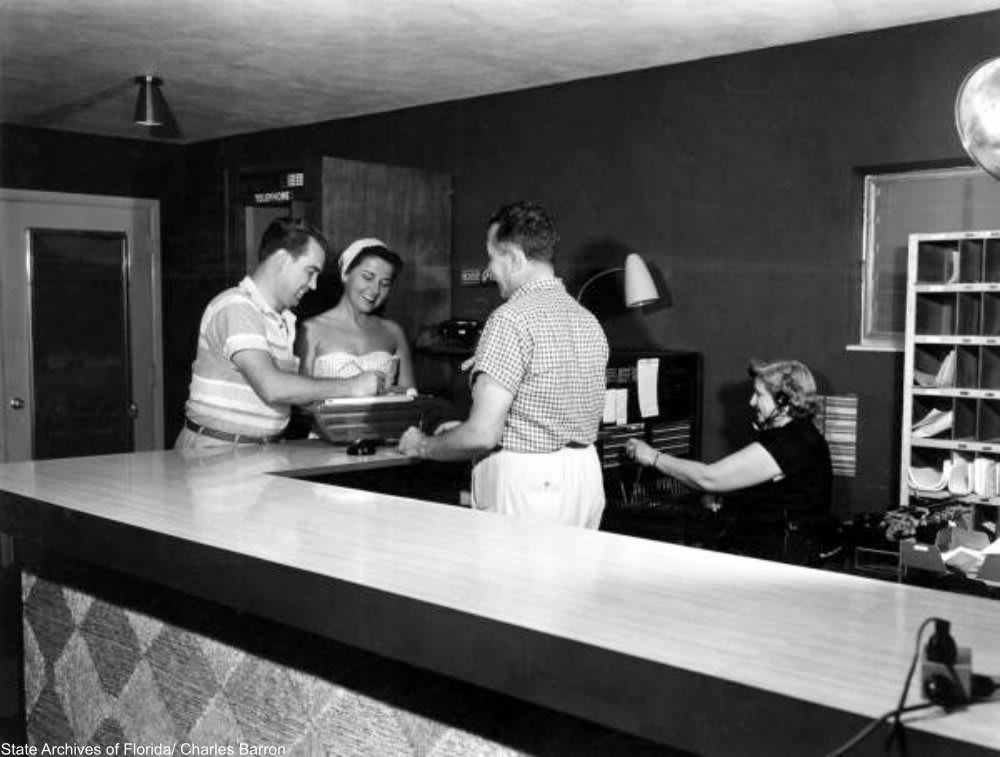 Motel in Marathon, Florida, 1953. Via/ State Archives of Florida 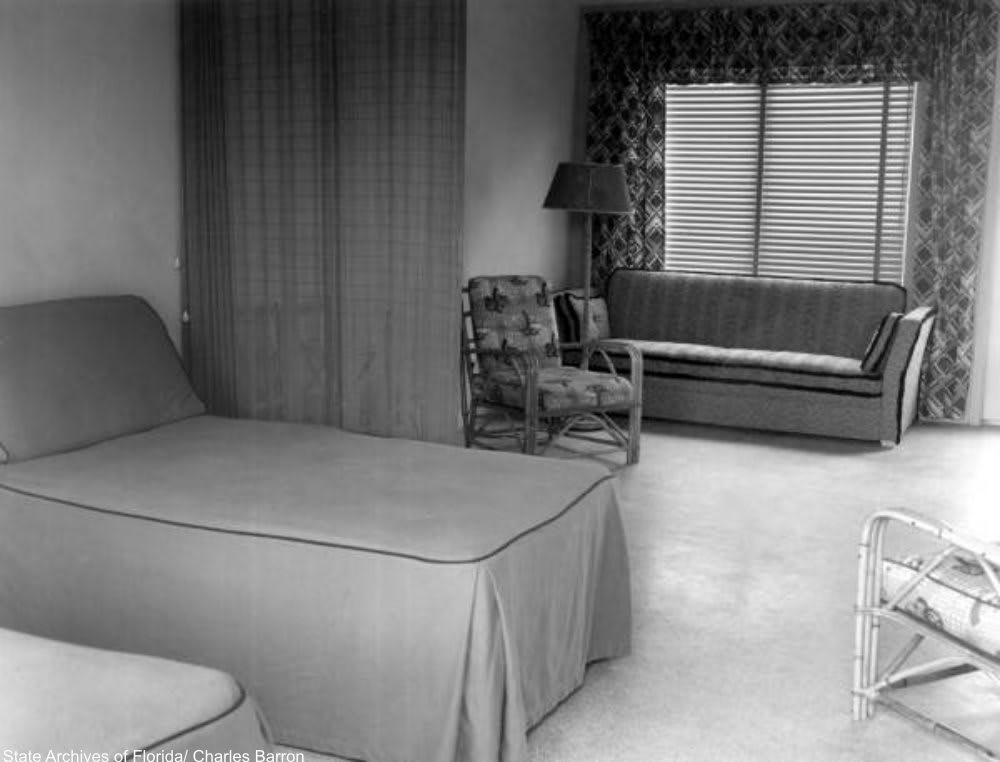 One of the Marathon motel rooms. Via/ State Archives of Florida

Click “Next Page” for more on the iconic American motel and its future!