In 1973 we can all agree that the popular fashion of the day was unique to say the least. While many of us wouldn’t (or couldn’t) wear our clothing from back then today, one teacher who started his career in 1973 did wear the same outfit for 40 years of picture days and style was not an issue! 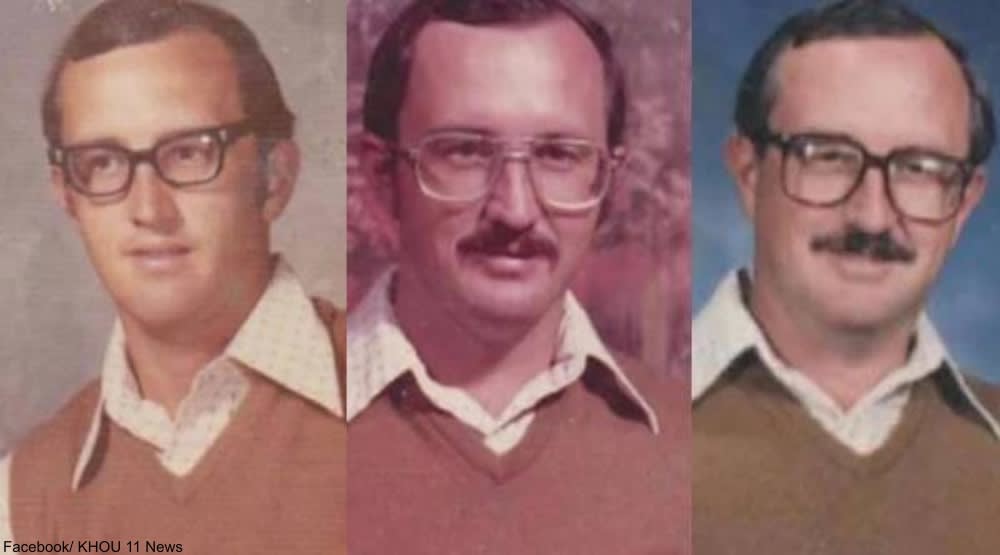 The first year that Dale Irby began teaching elementary school and coaching, he wore a patterned button-up shirt with a mustard sweater vest over the top, and his dark-rimmed glasses completed the look. As a young man just starting out in his work career, Irby didn’t have too many items of clothing worthy of picture day, so he was thoroughly mortified when he realized that for year two he had worn the same outfit!

But, it didn’t stop there. Irby’s wife, Cathy, dared him to wear it a third time! It became a joke between the two of them that got repeated year after year. Irby said that after 5 years of the same outfit he decided to just keep on going. Irby’s glasses and sometimes the angle of the camera were the only main differences from year to year.

While his students remember him as a great teacher, at his retirement party in 2013 his family definitely brought up the whole outfit “thing” with his daughter making pin buttons of his various outfits over the years. When news got out about the outfit, strangers even started dressing up as him for Halloween. 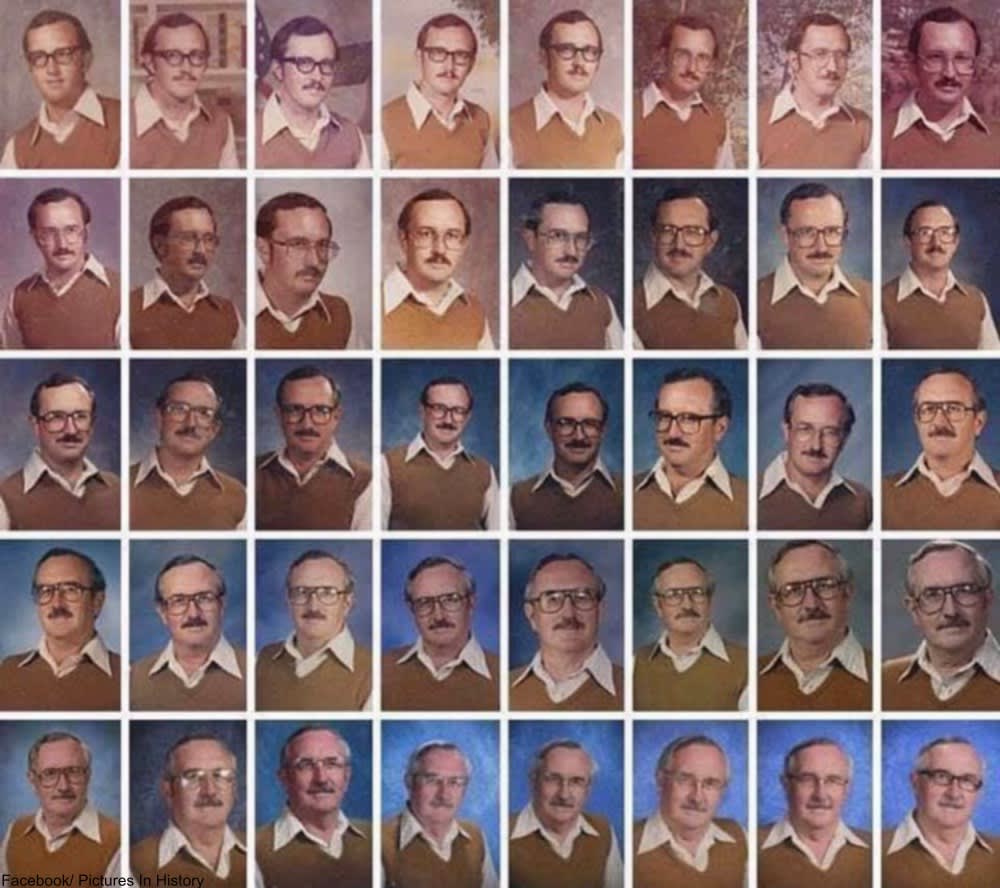 While some might not approve of his choice to wear the same thing year after year (holes and all) there are plenty more of us who would feel quite lucky were we able to fit into clothing from 40 years ago. Though, it must be said, that Irby did admit that the button-up shirt was beginning to get a little tight near the end!

In the 2018 school year, another teacher decided to get creative with her clothing by wearing the same dress for 100 work days straight. While she had a back up dress, she just washed the same dress in the sink over and over again.

Julia Mooney, New Jersey schoolteacher, even posted photos of herself mending and washing the dress. Mooney was trying to show her students that fast fashion was not necessary to lead a good life. While her goals were quite a bit different than Irby’s it still is encouraging to see teachers dedicated to their professions in such powerful ways!

That time NASA almost sent Big Bird into space: Click “Next Page” below!