You May Not Know Her By Name, But You’ve Probably Heard Her!

Once a high-profile entertainer, her name faded into obscurity after 1950. She isn’t a household name now, but in the ’40s and ’50s she most certainly was. And her story is not unlike many performers from the past. Fortunately, we have some quality recordings of her warm and spirited performances.

Born in Trinidad in 1920 and raised in Harlem, Hazel Scott was a child prodigy on the piano, admitted to the Juilliard School of Music at only 8-years-old. Scott became known for her boogie versions of classical melodies and soon became an in-demand act. Scott’s jazz performances and unique renditions of classical composers made her truly one-of-a-kind. When Hollywood studios became interested, Scott had quite a few conditions before she should appear on screen. She would only appear as herself, playing music and singing, in costumes that she approved of. This was a huge step for African American entertainers, though not surprising coming from a woman who simply refused to play for segregated audiences. 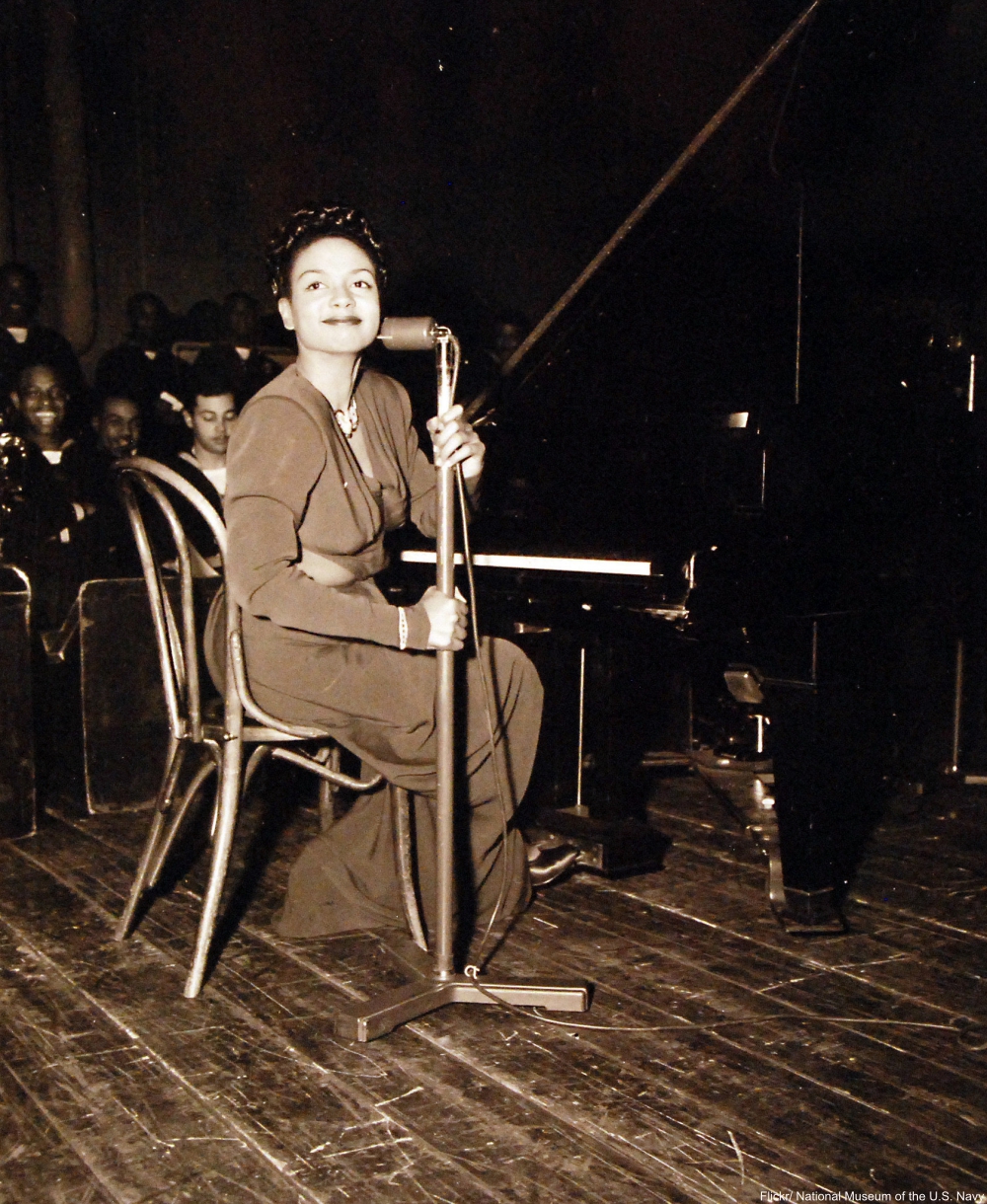 Her success landed her a radio show and a TV show, both of which were later over shadowed by the events of the McCarthy years. Scott married congressman Adam Clayton Powell Jr. in 1945, and as a politician’s wife, she did not fear losing work or being arrested since she was not a Communist.

Unlike Lucille Ball, Scott was blacklisted. Even though she had voluntarily testified before the House Committee on Un-American Activities in 1950 and had nothing to hide, The Hazel Scott Show was cancelled, mainly because of her association with the Cafe Society club in Harlem- a suspected Communist hangout. This turn of events took her largely out of the spotlight and her career unfortunately faded.

She still made many appearances on variety shows like Cavalcade of Stars throughout the ’50s and ’60s and performed in France where she had moved (she reportedly spoke 7 languages). But, we have many shining examples of her most incredible performances from the films she played in and her television appearances. And, talent like this certainly doesn’t come around everyday! Have a listen to her unbelievable piano skills as she plays two at a time from the film The Heat’s On (1943). You’ll be glad you did!