A combination of factors led to the great dust storms of the 1930s across the plains states of the U.S. Giant clouds of dust supported by strong winds blew through farms and blacked out the sun. Families were literally buried in dust and dirt each night and had to dig out their houses and barns each morning. So, how did they survive in this dirt? Creative thinking and lots of little tricks helped them the weather the storms…for a time. 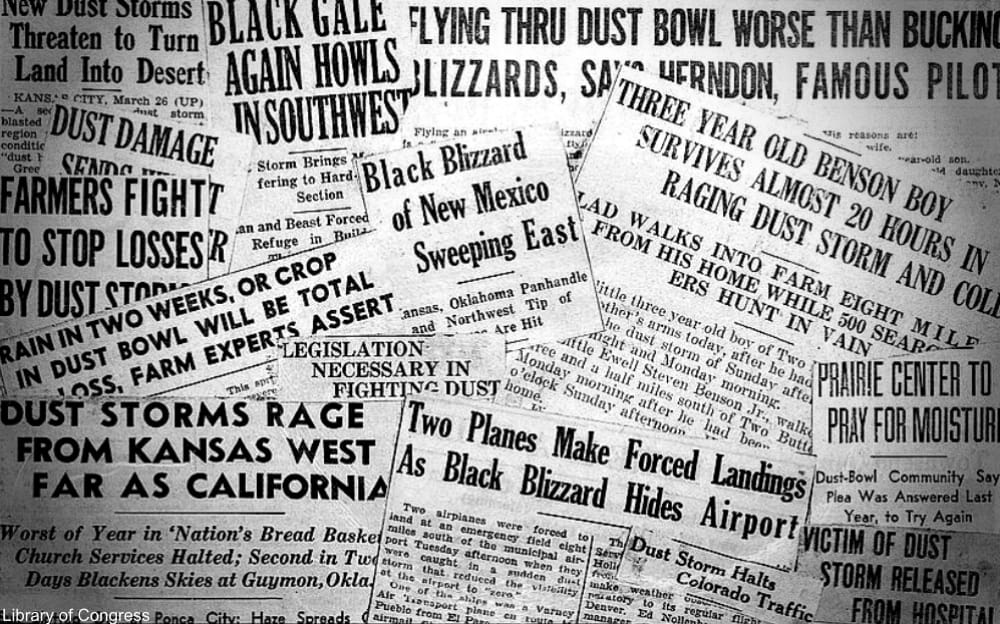 Farm women would knead the bread in the drawer of a dresser or kitchen cabinet which was opened just enough for two hands to get in. The other option was cutting two holes in a sheet and placing that over the bread (also inside the drawer) so that less dust could get in. Completely dust-free food was a rarity. 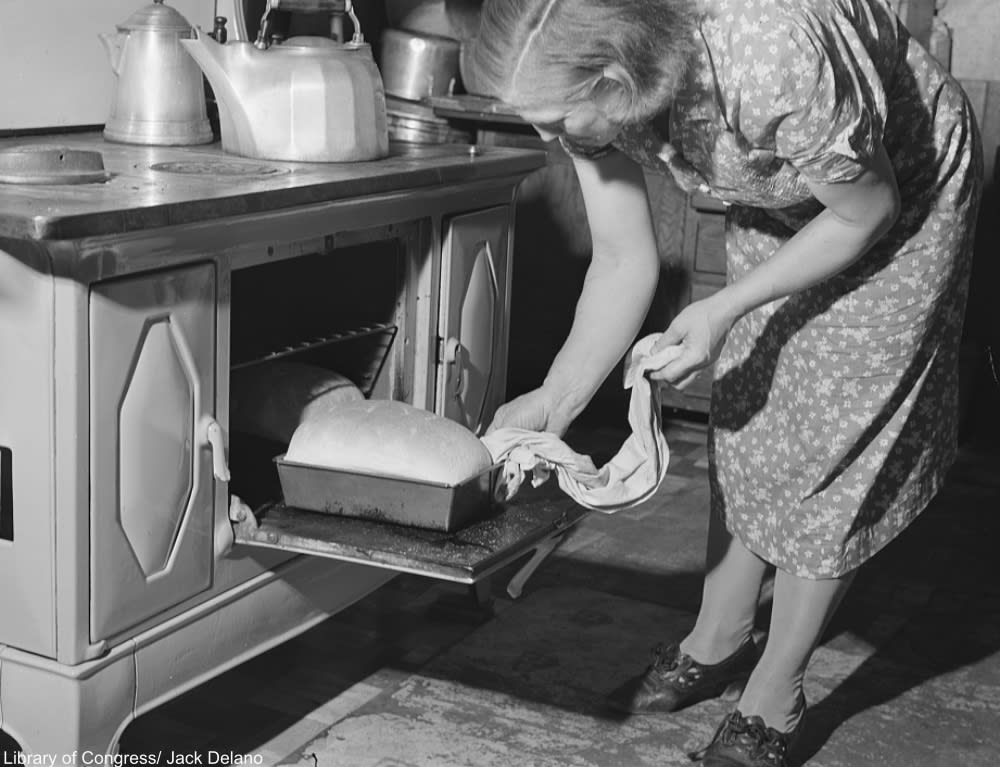 Newspaper to the Rescue

Poor families used to line their shoes or coats in newspaper when there were holes and farmers did the same thing to their homes. Old cabins and shacks often had very little between the outside and the inside and lining the walls in newspaper (plentiful) or tar paper (more expensive) meant that less dust dust came in with the wind between the cracks of the boards or timbers. 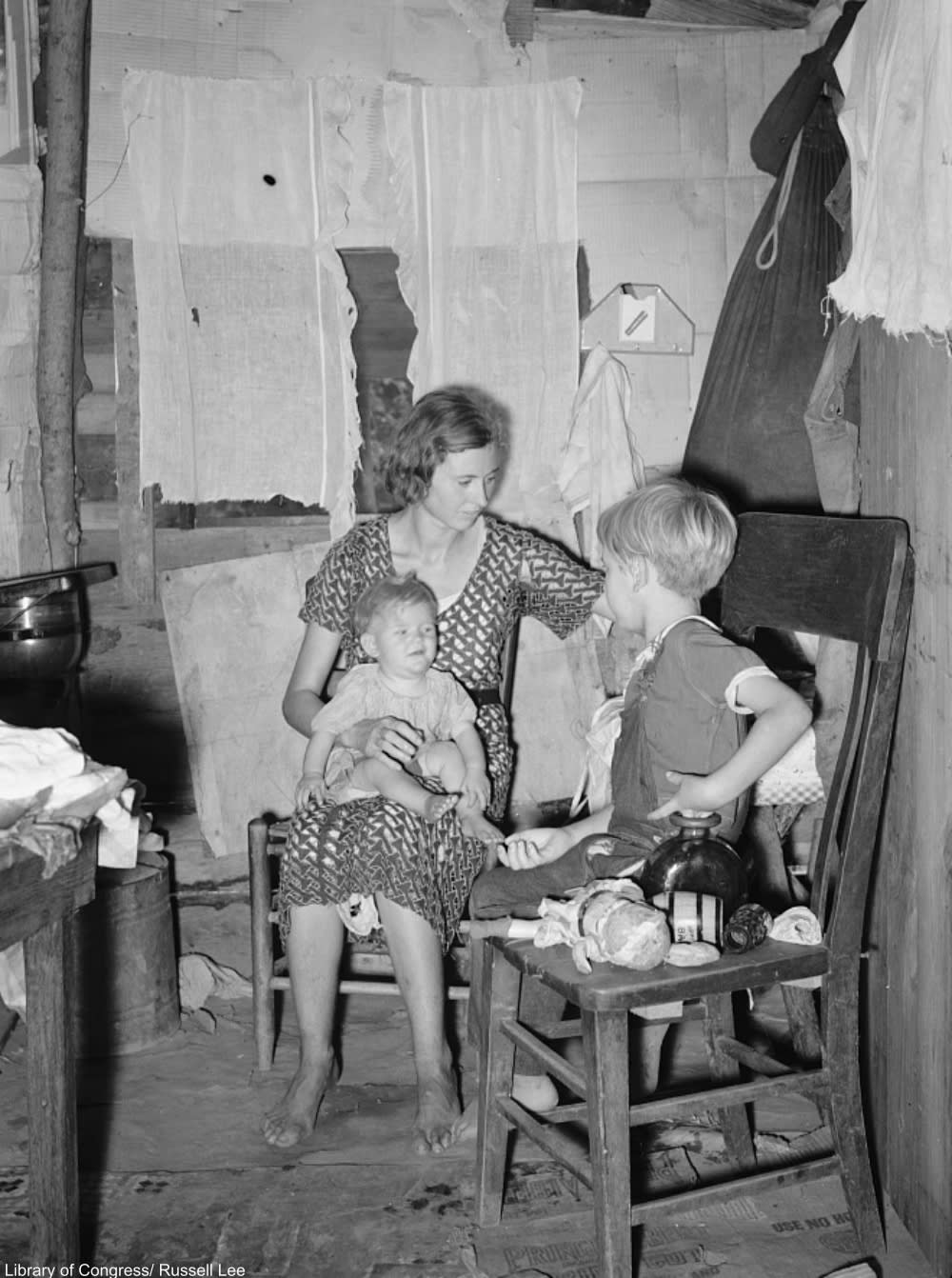 Not only did people have to cover their faces when they went outside they also had to do that in their sleep, too! Wet rags or washcloths were placed over their faces as they slept so that they wouldn’t inhale the dust. 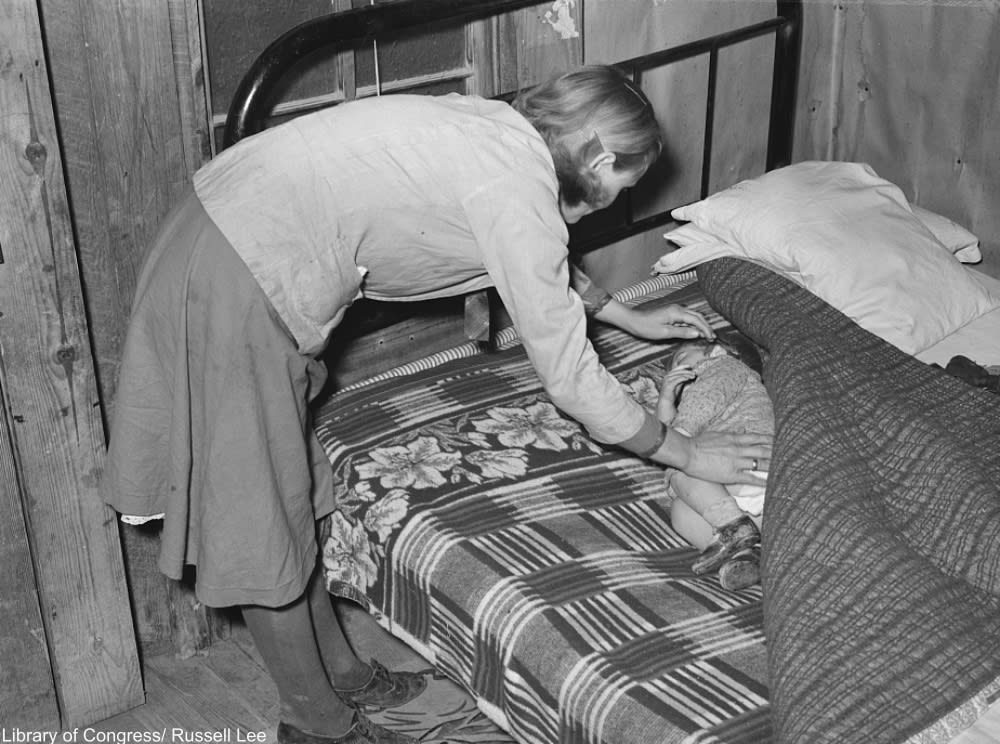 A Sheet of Protection

The same thing they did for faces applied to the windows in summer. The windows were covered in wet sheets to keep the temperature cooler without letting in all the dirt. 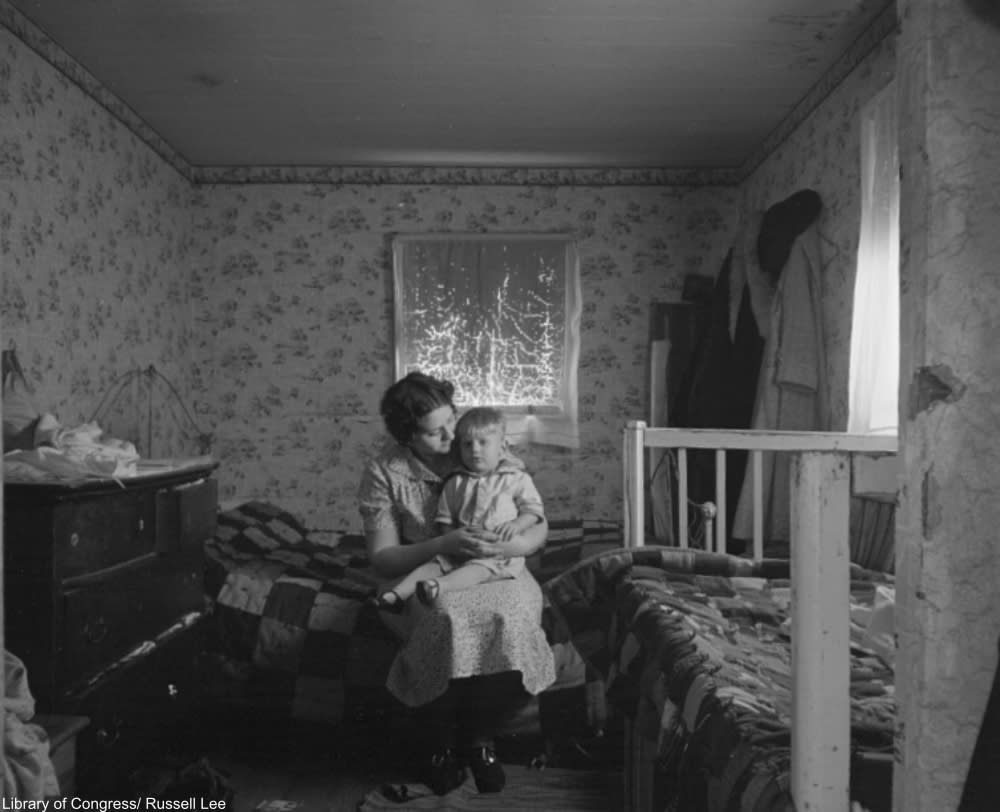 They used ropes strung between buildings to find their way during a storm. Like a blizzard, one could not see far at all during a dust storm and they sometimes lasted for days. During that time horses still needed to be fed, the outhouse was still needed, and so on. Often without electricity, many farmers also hung lanterns by their front post to make their home for the mail or for the doctor. 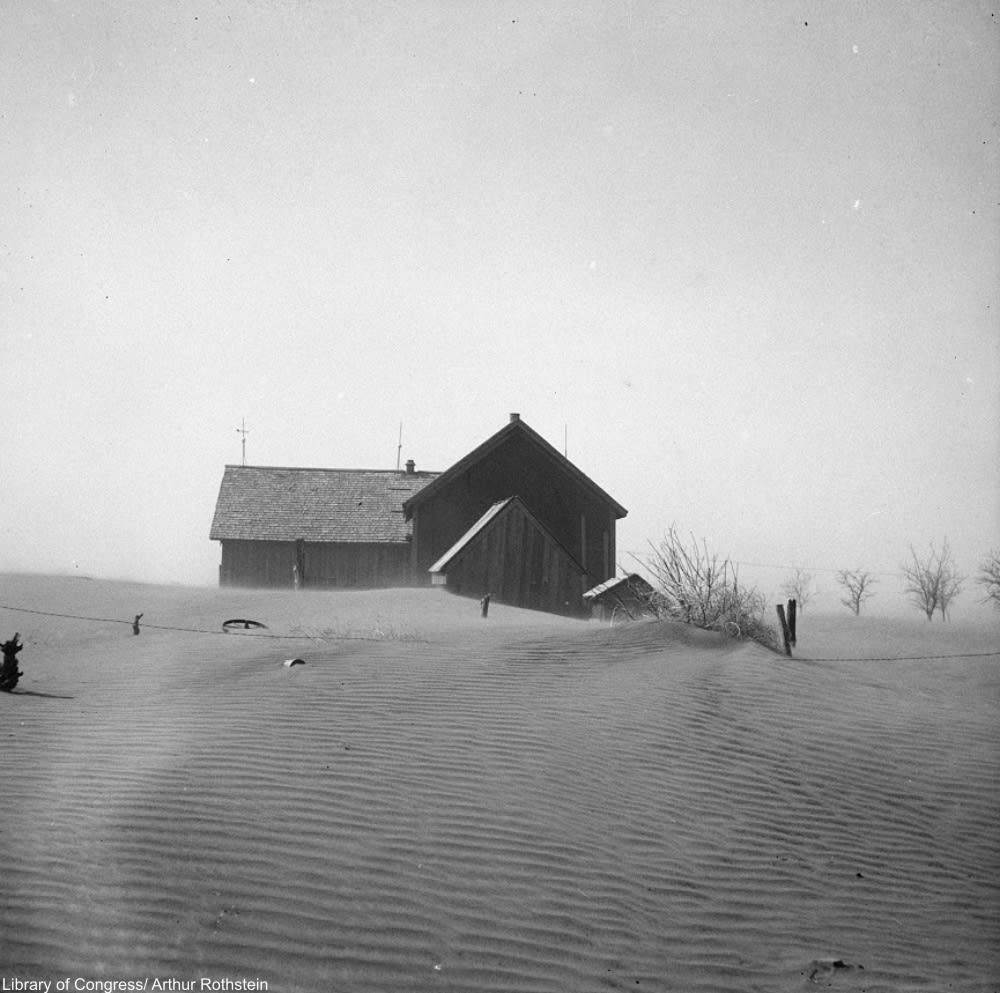 Cleaning for Their Lives

The women in Dust Bowl areas cleaned a LOT in order to keep the dust down. A dirty home in that kind of ecological crisis was (rightly) associated with illness and even death from the consumption and inhalation of dirt. 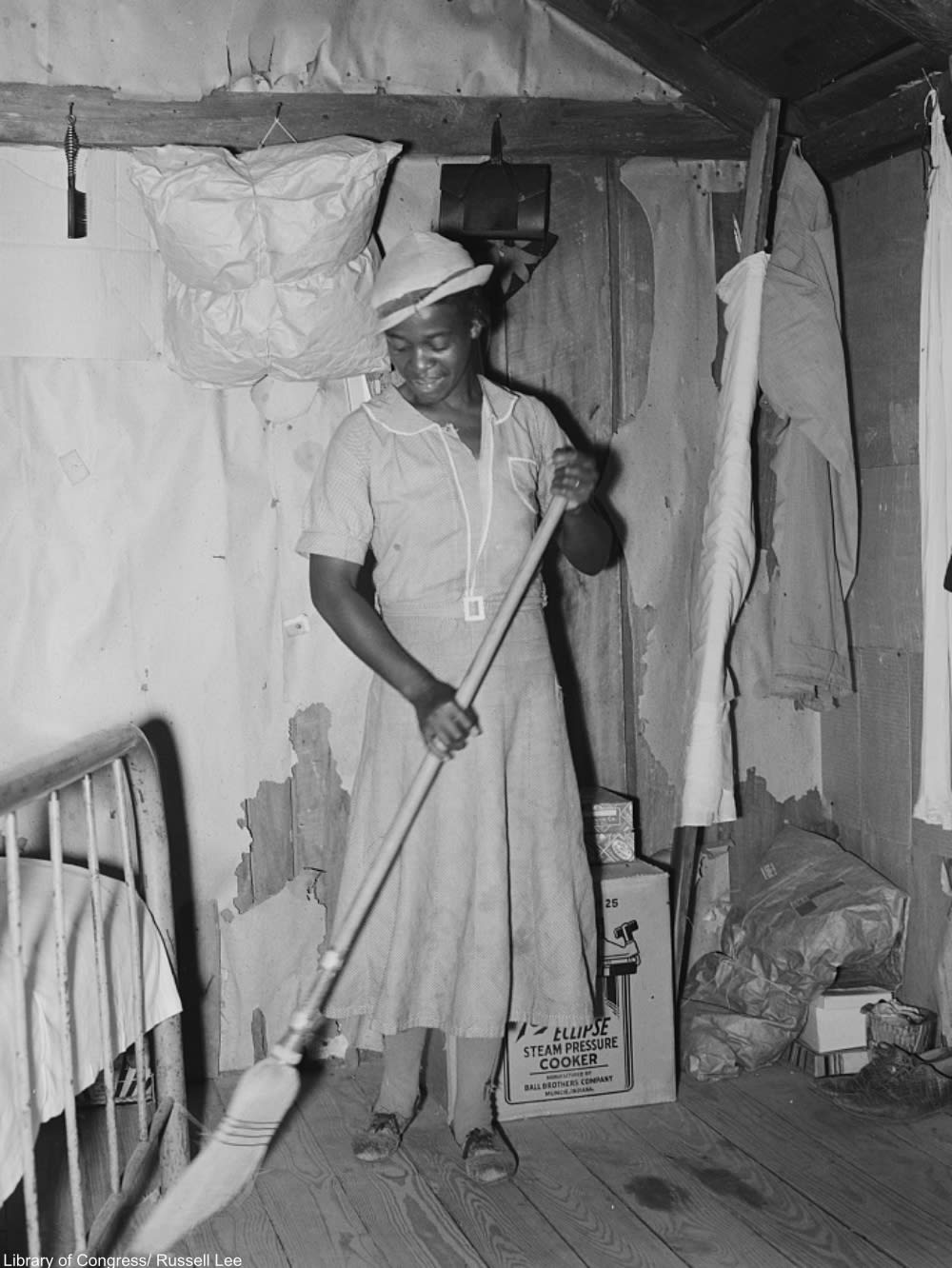 Despite these tricks for making the best of a bad situation the soil erosion combined with drought, as well the rabbit overpopulation and dust storms caused by these two factors led most farming families in the affected areas to either permanently or temporarily relocate in order to make ends meet. Many families came back when they realized that migrant farm work was no more profitable than living on a desolate farm!