9 Foods We Grew Up With That Were Actually Poverty Meals

When I was a kid, my mom used to have a few slogans when we sat down to a humble meal. “We’re living in the lap of luxury,” or “I wonder what the poor people are doing,” she’d say. It wasn’t until years later that I understood that she was saying we should be grateful for what we have, however meager it might have been. Looking back on those meals, some of which were incredibly inexpensive, they were the opposite of luxury. However, as kids we ate what we were given. As it turns out there are a number of foods that probably a lot of kids didn’t realize until they grew up were actually poverty foods. 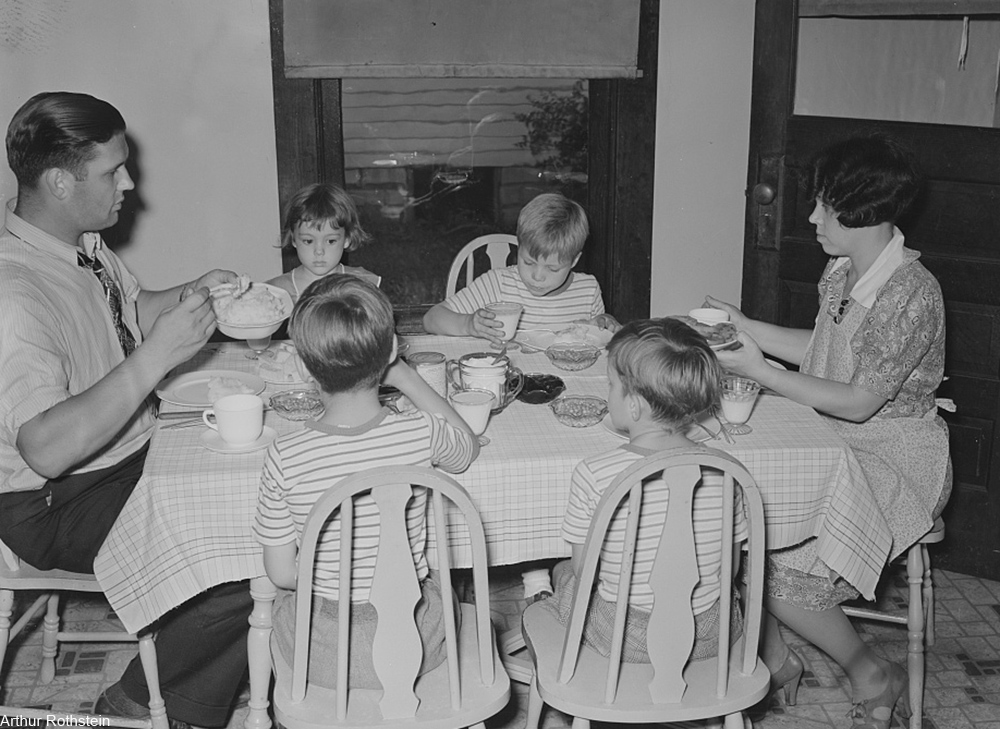 It’s amazing how many things you can make if you have a few basic ingredients on hand. Of course sugar in Early American times would have been like gold, but during the Great Depression sugar became a staple of every household. It had become cheap by then and made things taste good. Cinnamon sugar toast is so good they made it into a cereal, so it stands to reason that generations of kids didn’t think of this as poor food. 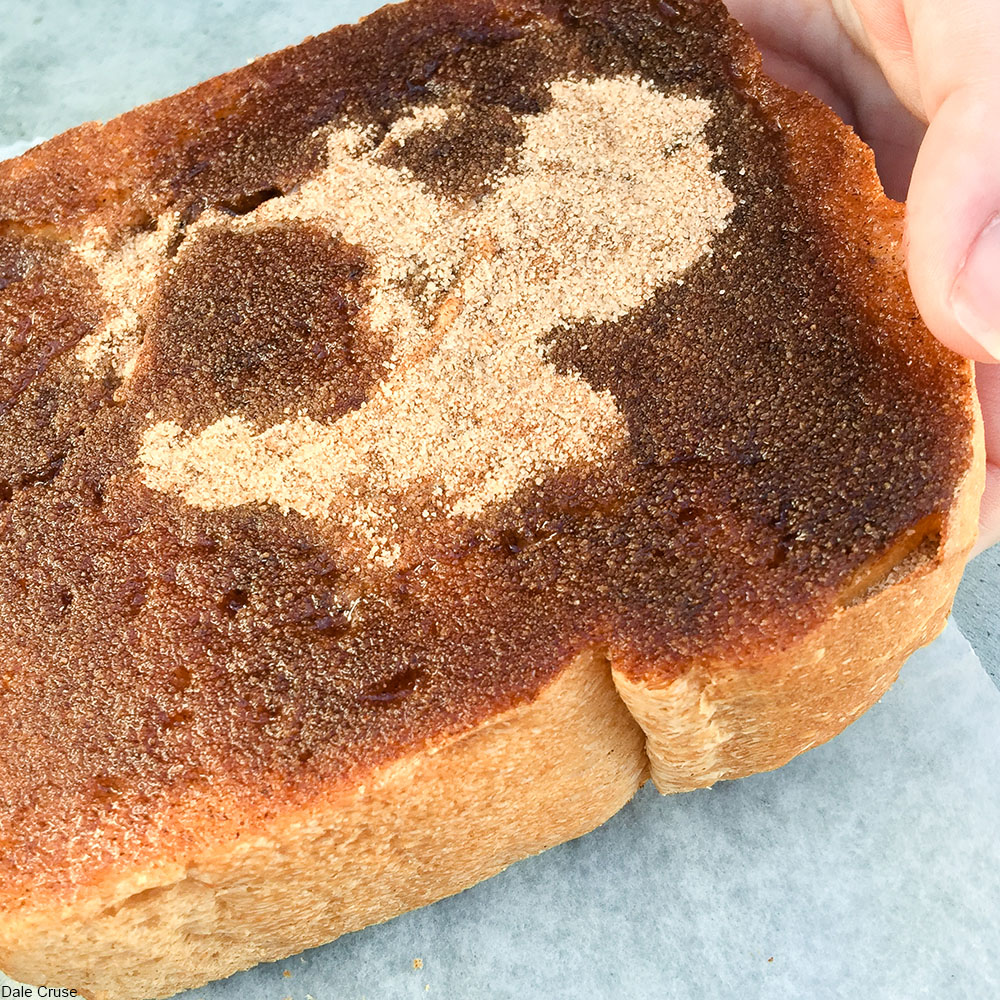 Kraft Macaroni and Cheese Dinner was another food of the Great Depression. For a staggeringly low price a family could have a one pot meal. Add in whatever you have on hand, say peas and canned tuna, and you have a casserole in the making. Today it’s often regarded as comfort food, but that doesn’t change how it started out. 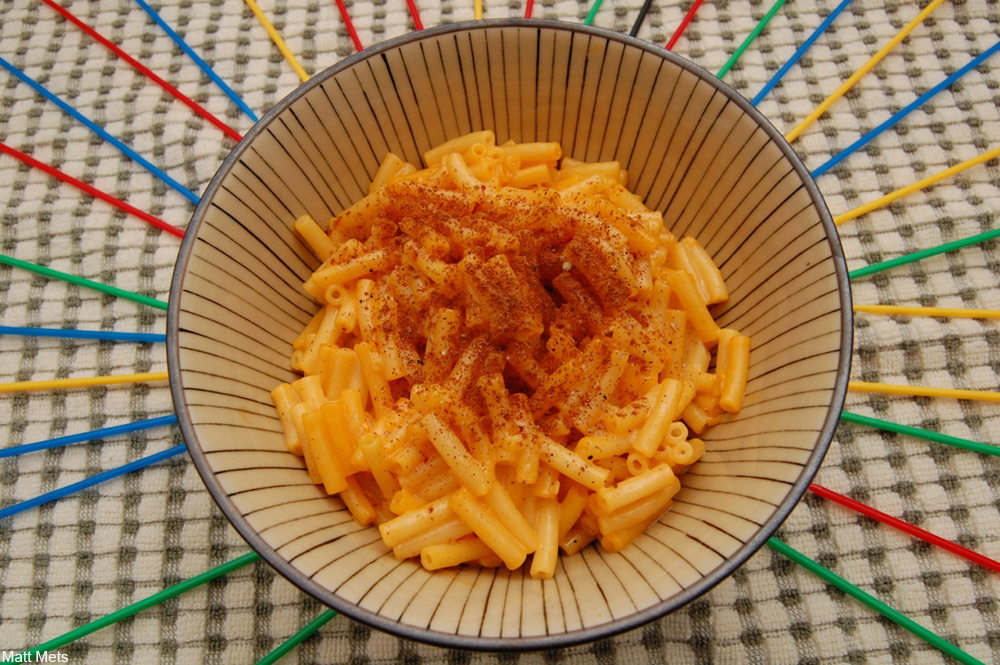 It wasn’t until many years had passed that Mom revealed that chicken livers were cheap at the store. Perhaps she was trying to prepare me for adulthood! In any case, breaded chicken livers is one of those foods that if you grew up with it, you probably still crave from time to time. 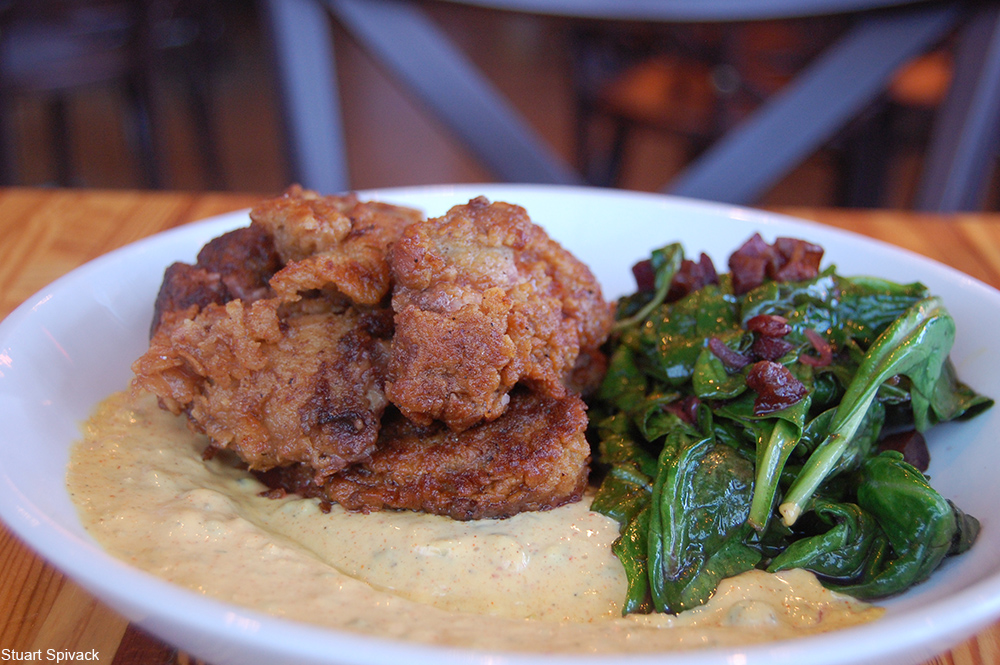 Considering how many incarnations of this humble sandwich are served in restaurants everyday, we’re betting that most people haven’t really thought of this as poor people’s food. But, years ago an egg sandwich was considered a cheap substitute for a sandwich made with cold cuts, the latter of which travels infinitely better in a lunch bag. 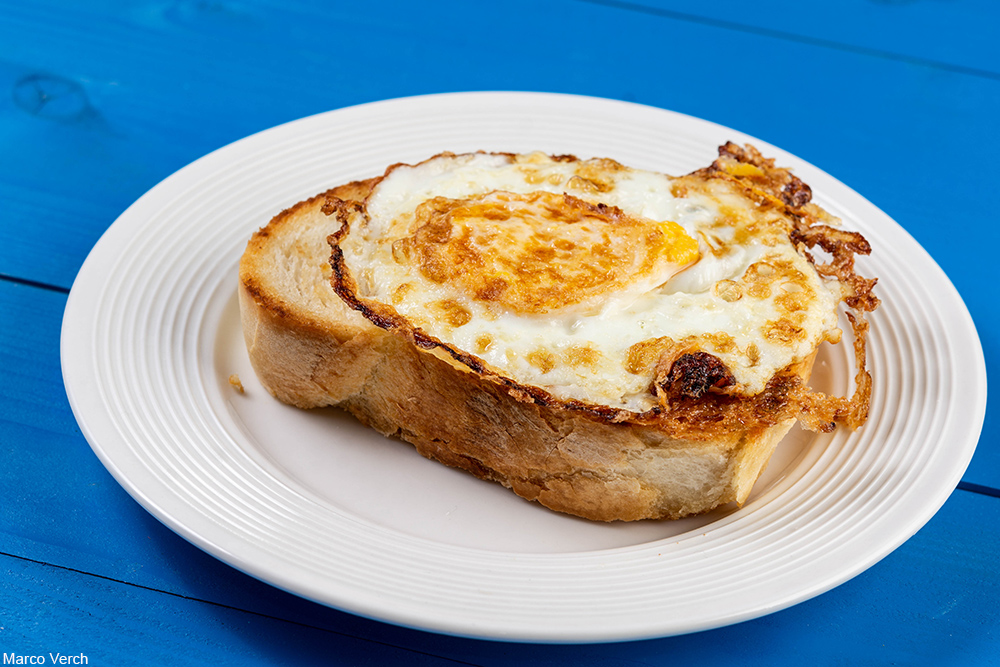 This is another inexpensive staple dish that can be made into whatever you want. You can add canned tomatoes or salsa or sausage or onions and make this into a dish based on what’s in the cupboard. Do you call it “beans and rice” or “rice and beans”? 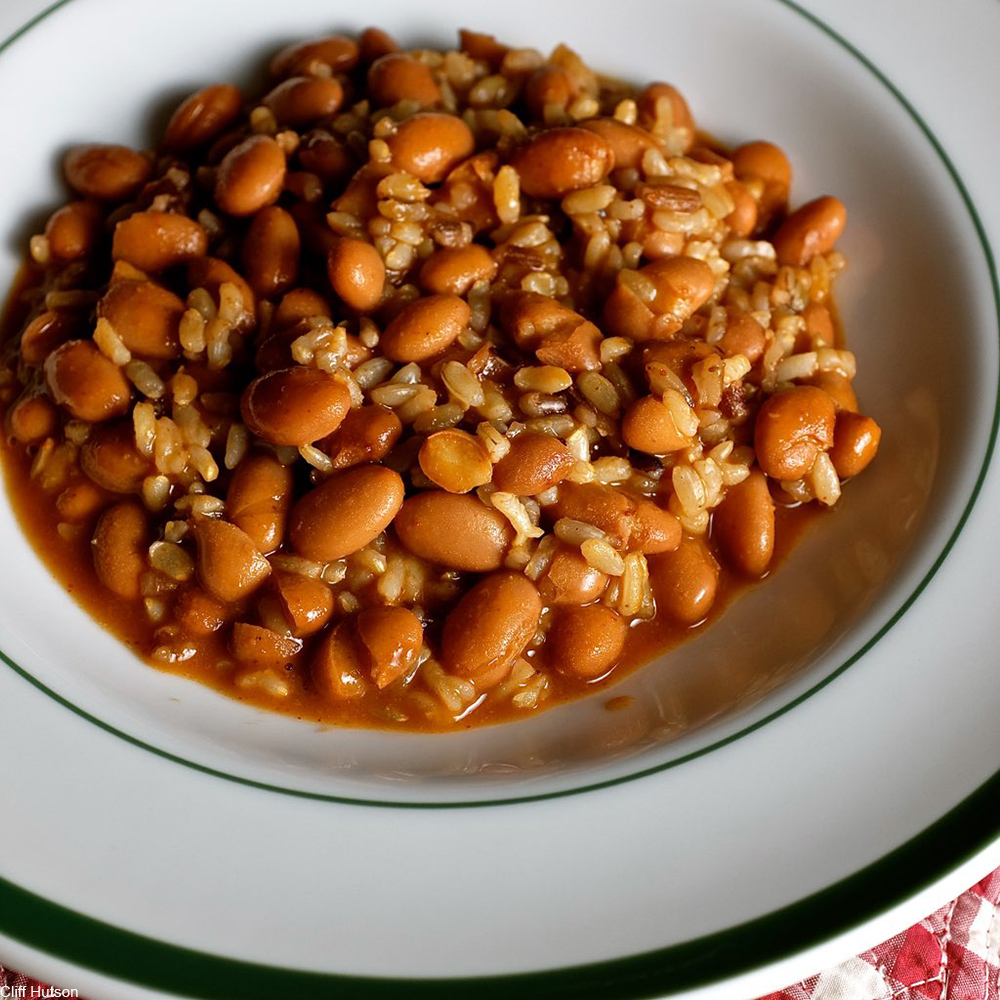 This hearty meal needs to be thick and tasty and is most definitely not a soup. Served with a piece of bread on a cold day- there’s nothing better!

But, it’s made with cheaper cuts of beef like chuck or round that need to be cooked a long time in liquid to become tender. The fact that this is a classic doesn’t make less of a poverty food. However, in truly tough times beef might not have been available at all. 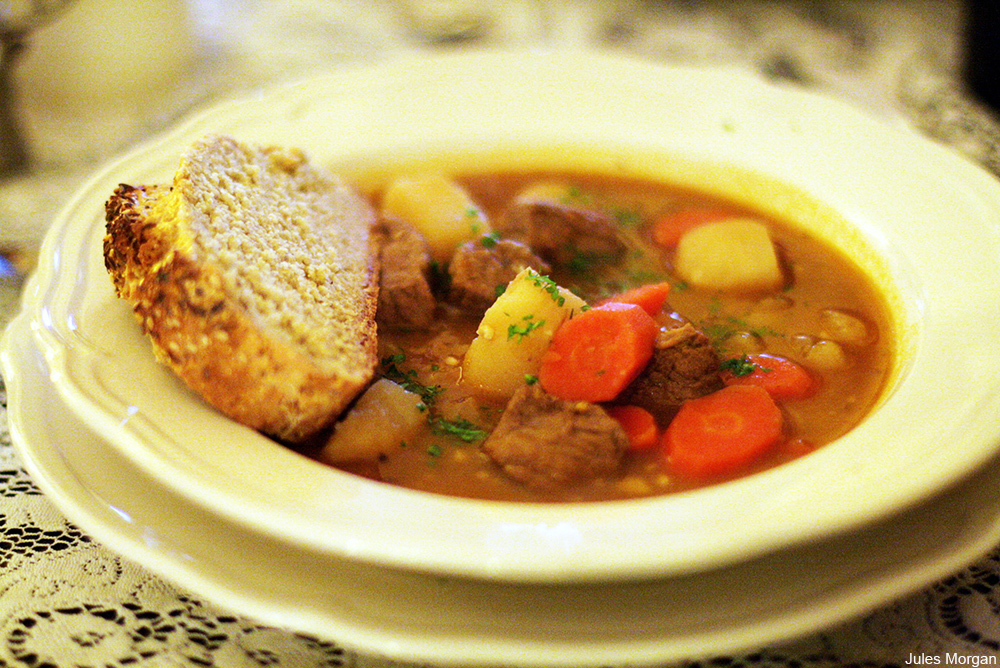 Since breakfast foods are often cheaper than dinner foods, it saves a lot of money to make brinner. Eggs for dinner was a recommended food during the rationing of World War II and egg prices remain low today when compared with meats. An omelette with some veggies and a little cheese on top and toast, potatoes, or pancakes is a filling meal that most people would never turn their noses up at. 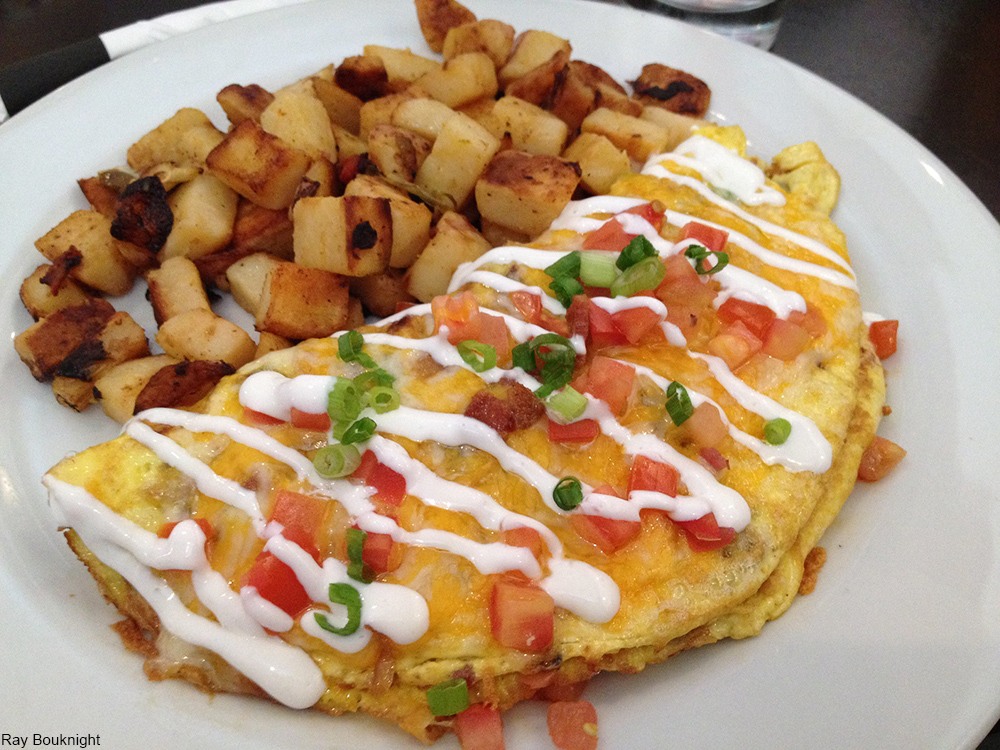 Peas have long been the food of peasants in Europe because they aren’t hard to grow and contain lots of protein for a plant. “Pease porridge hot, pease porridge cold, pease porridge in the pot nine days old” goes the old nursery rhyme which highlights the frequency of the dish for poor families. It also shows a preference for the (old) thickened soup, which many lovers of split pea soup also enjoy.

This soup is a classic, one that requires only a small amount of ham. But, sometime in the 1980s split pea soup became more upmarket than it had been for centuries, giving it an air of the high class despite the fact that it’s basically one of the most traditional poverty foods out there. 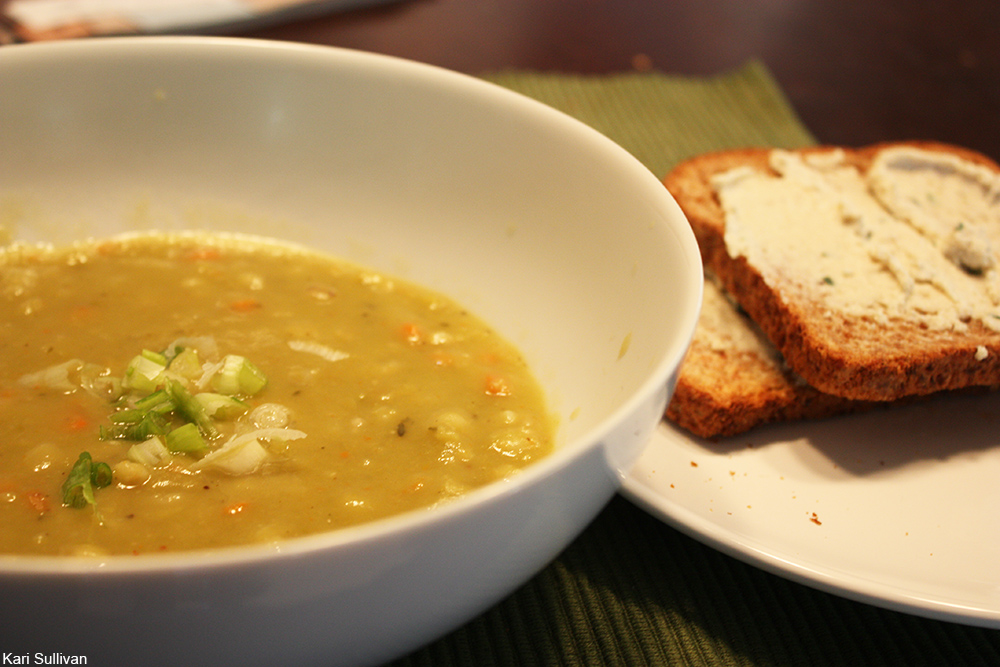 Whatever fruit you have on hand, be it fresh or canned, can become a simple and cheap dessert just with the addition of condensed milk. Beginning in the 1940s-50s condensed milk became another inexpensive must-have food for families, especially those with young children. For large families, a dessert like this would have been much easier on the finances than using something like ice cream or whipped cream. And, it really does taste good! 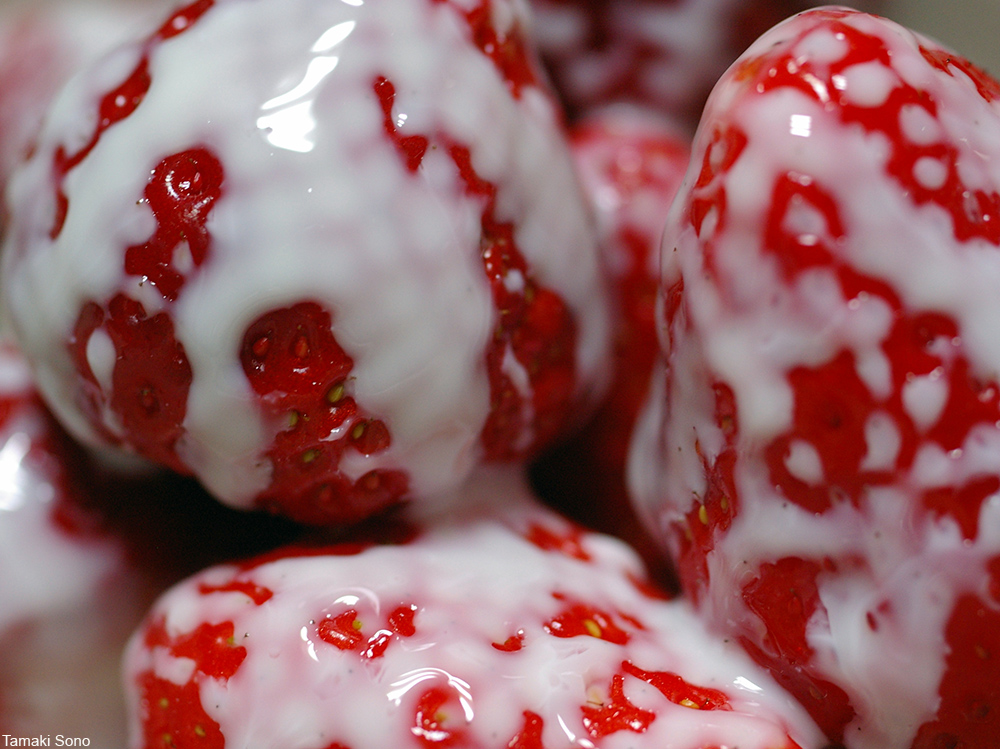