Joke We’ve All Heard a Thousand Times Turns Out to Be From 2,000 Years Ago

With memes and internet humor being the latest areas of niche comedy, they prove that how we interpret humor changes with time and in different contexts. Just think if some our favorite comedians from TV had tried performing during the 1850s. We have a feeling that wouldn’t go over well.

However, there are some jokes which stand the test of time for reasons no one is quite sure of. The “Who’s on First” bit employed by Martin and Lewis was a riff on Abbot and Costello’s version. But, when it comes to longevity, there is one joke which might have all the rest of them beaten. This joke was found on a 2,000-year-old Roman stylus and it’s still something we see on t-shirts today. 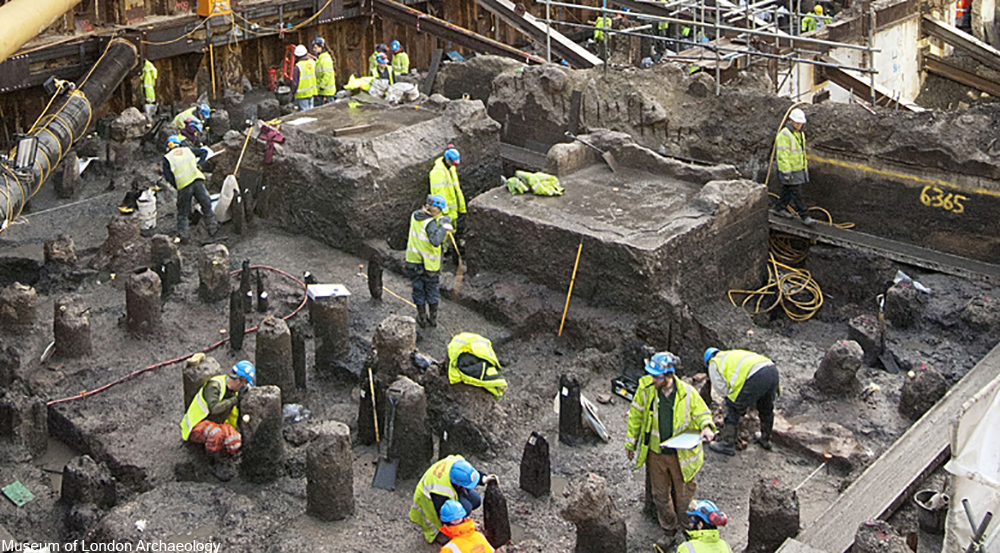 The Bloomberg site being excavated. Via/ MOLA

The number of Roman finds being discovered in England has been increasing over the past 10 years. The conquest of Britain by the Romans from the 1st to the 4th centuries left behind many important clues, some of which have been found during farming and others found during construction. The latter is where the iron stylus, dated back to around 70AD, was found. The discovery was made on a construction site for the new European headquarters of Bloomberg, the financial and date management company. 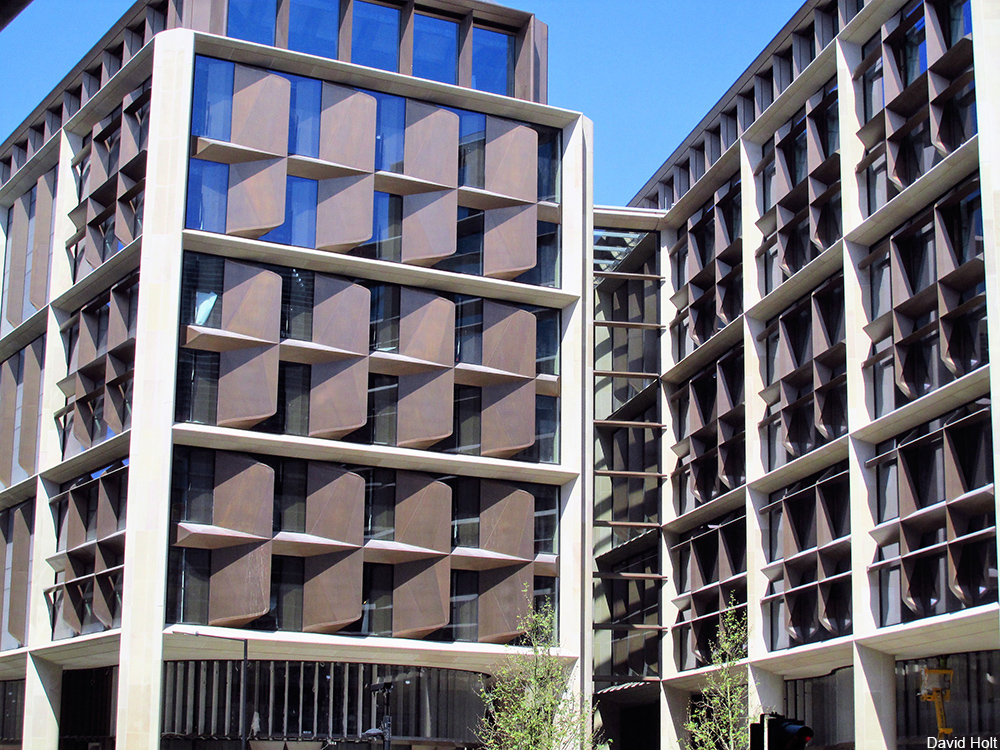 The modern building was completed in 2017, but the ancient finds unearthed during the process are still being studied. In all a staggering 14,000 artifacts were discovered, which understandably has taken a long time to sort out.

The stylus in question was found alongside some stone tablets containing legal paperwork (as it were). The size of the object is similar to a modern pen, but the inscription on the stylus is the funny part. It reads like an ancient Roman version of “I went to Rome and all I got you was this lousy pen.” Whoever came up with the now-infamous t-shirt line in 1970s was not telling the world anything new. And, now we know that that joke is at least 2,000 years old!

The stylus in question, from various angles. Via/ MOLA

The translation of the full text, which was rather cunningly fit on the slim object, reads as follows:

“I have come from the City. I bring you a welcome gift

with a sharp point that you may remember me.

I ask, if fortune allowed, that I might be able (to give)

as generously as the way is long (and) as my purse is empty.”

This poetry is certainly not as simple as those souvenir shirts, but it does convey that a cheap gift from a foreign city was all that the gift-giver could afford. Poetry like this is not often recorded in excavations of ancient Roman sites, so this poem joke on a stylus is a very rare find. 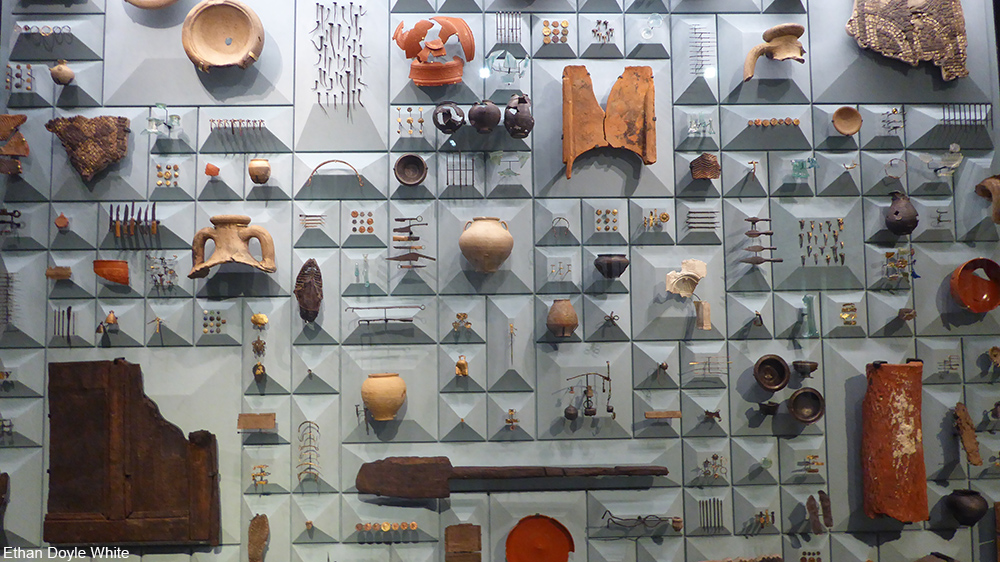 Artifacts on display at Bloomberg Place. Via/ Wiki Commons

Other artifacts from the excavation site include an amber gladiator amulet, a leather chariot decoration, and a section of the Temple of Mithras that had never been excavated before. The latter of these finds is now part of Bloomberg Place as a public exhibit that is the London Mithraeum.

Some have called this horde “the Pompeii of the North” and for good reason. But, it’s nice to know that even in the ancient world some Romans had a sense of humor.

Kayaker casually finds Roman pottery and glass while paddling: Click “Next Page” below!