The Wizard of Oz is one of the most influential films of all time. Children and adults alike have delighted at this Technicolor masterpiece ever since it was released in 1939. And, because the ruby slippers are such an iconic part of Hollywood history and a symbol of magic for millions, the pairs that remain truly are treasures. So, it’s good news that the pair stolen from the Judy Garland Museum and missing for 13 long years has been found! 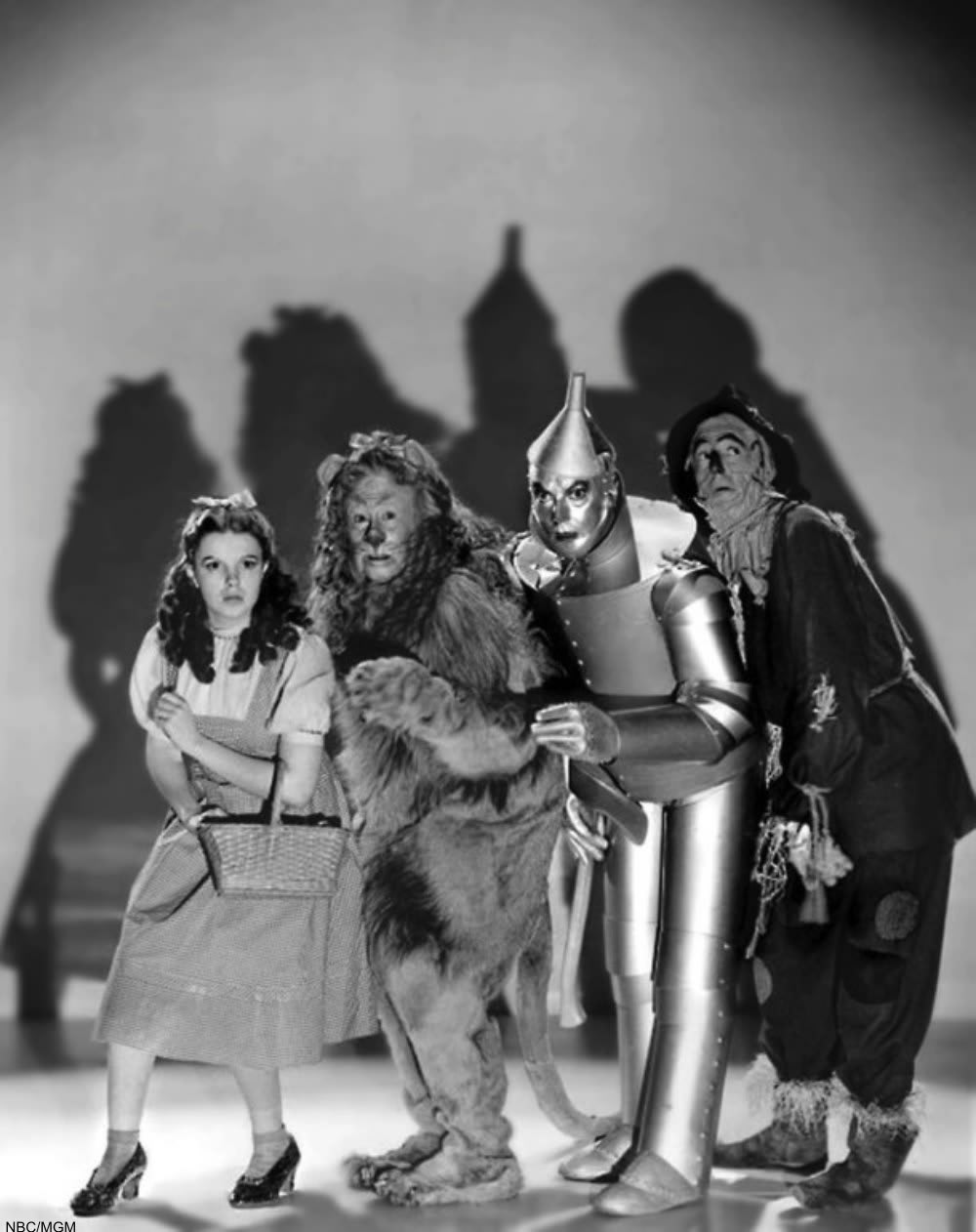 As one of 5 known pairs of ruby slippers, the pair was recently recovered by the FBI in a sting operation in Minneapolis, Minnesota. This particular pair was on loan to the museum from collector Michael Shaw when they went missing. The ruby slippers were mysteriously stolen from the Judy Garland Museum in Grand Rapids in 2005.

It is speculated that MGM made as many as 10 different pairs of ruby slippers, not all of them identical. The studio had different prototypes made up because staff didn’t know how the different shapes and dyes and sequins would show up in the new Technicolor process. 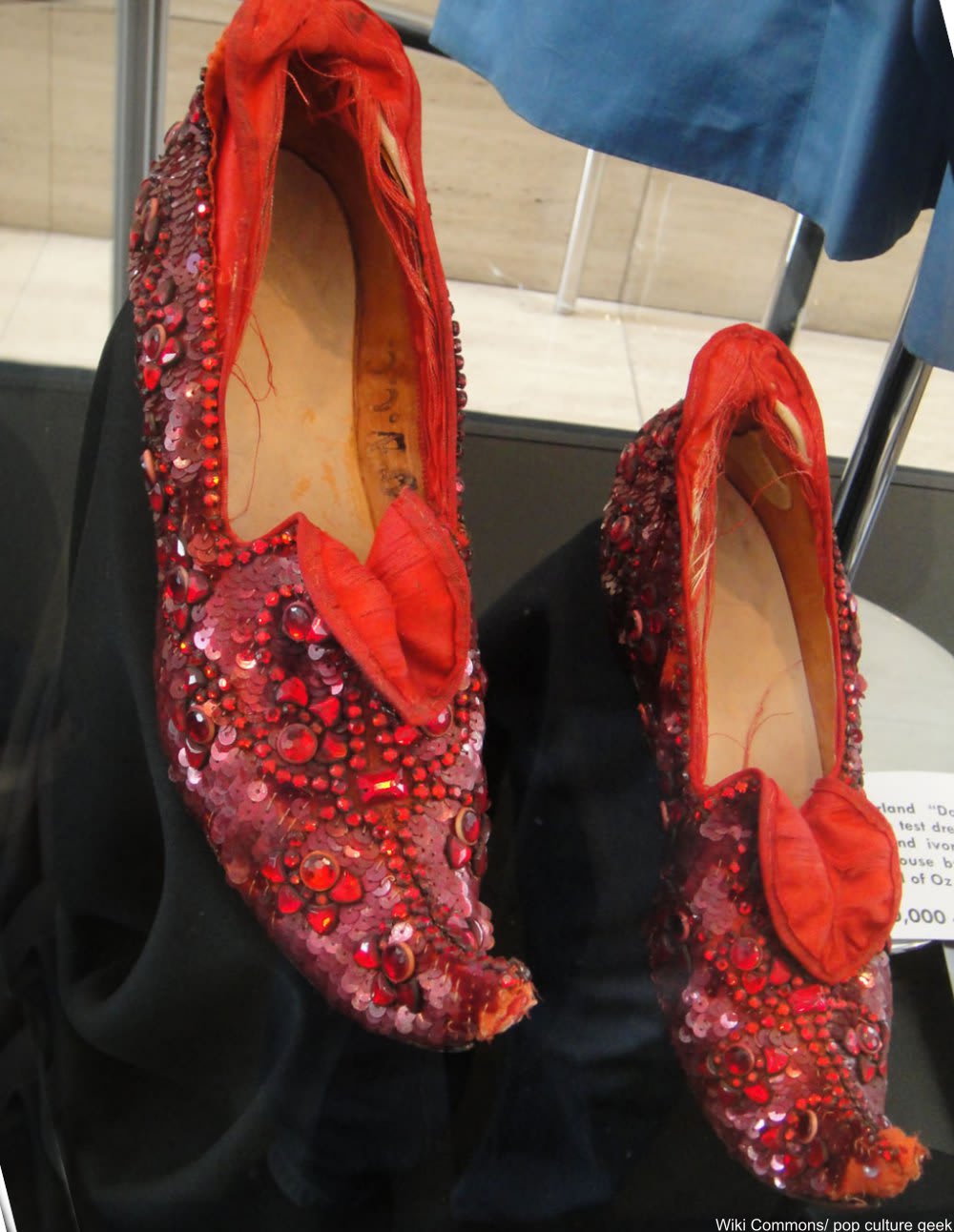 The “Arabian” style shoes were auctioned off as part of Debbie Reynolds’ massive collection of Hollywood memorabilia. Via/ Wiki Commons

One pair was made in the “Arabian” style with pointed toes, which sold in 2011 for $690,000 to a private buyer. Another pair on display at Smithsonian’s National Museum of American History is an example of the design used in The Wizard of Oz and has undergone intensive restoration to bring them back to their former glory. The stolen pair closely resembles the pre-restoration ruby slippers held by the Smithsonian. 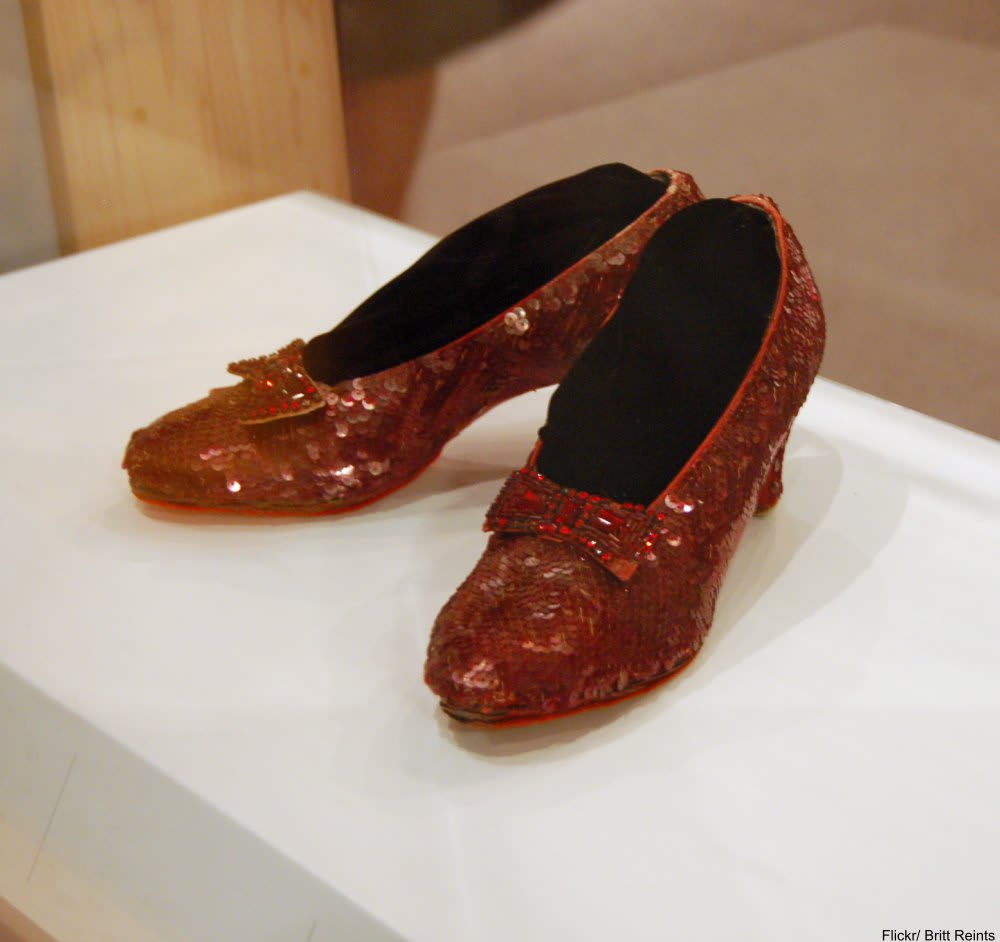 The pre-restoration shoes held by the Smithsonian were donated anonymously in 1979. Via/ Flickr

When the shoes were stolen in 2005, the thief somehow got through the back door without setting off the security alarms or leaving any fingerprints. Like something out of a suspense film, the only trace of the burglar was a single red sequin left behind. The lack of security alarms has lead some folks to assume that it was an inside job.

This particular pair of ruby slippers is thought to be worth as much as $3 million dollars today. The shoes were unveiled by law enforcement under plexiglass on September 4th, 2018, after their authenticity had been verified by the Smithsonian. 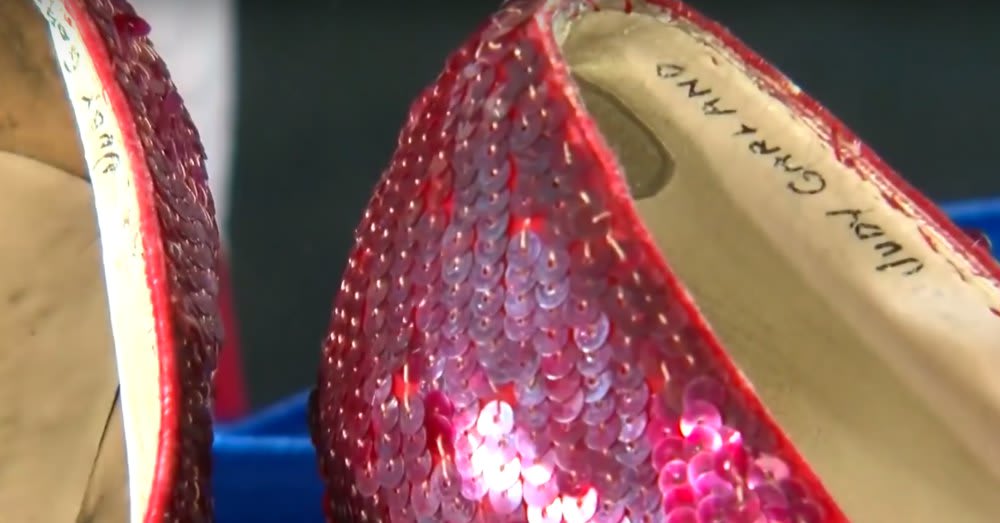 Close up of the once-lost shoes reveals Judy Garland’s name written inside. Via/ YouTube

There have been no suspects arrested in the case yet, but the FBI is still searching for the culprit. The FBI has several suspects in their sights at the moment. The reason the investigation has taken so long is that law enforcement was worried that the shoes could have been destroyed if any of the suspects had gotten wind of the investigation.

The trail warmed up when an anonymous call came from someone who offered information on the slippers to the insurance company in return for money. When the police knew there was attempted extortion involved, the investigation moved forward more quickly.

Michael Shaw, owner of the shoes when they were stolen, will have first dibs on buying the shoes from the insurance company (who now owns them) and says he definitely plans to get them back. Watch the video below for more details about the return of these mythical, delightful, magical shoes.