Among the many objects that the pilgrims brought with them in the 1600s were their precious Bibles. Often the Bible would be the only book a family would own and it was therefore very precious indeed. A Bible from the era that had been brought to Pittsburgh, Pennsylvania, was stolen in 2015 and has now turned up in the Netherlands of all places. 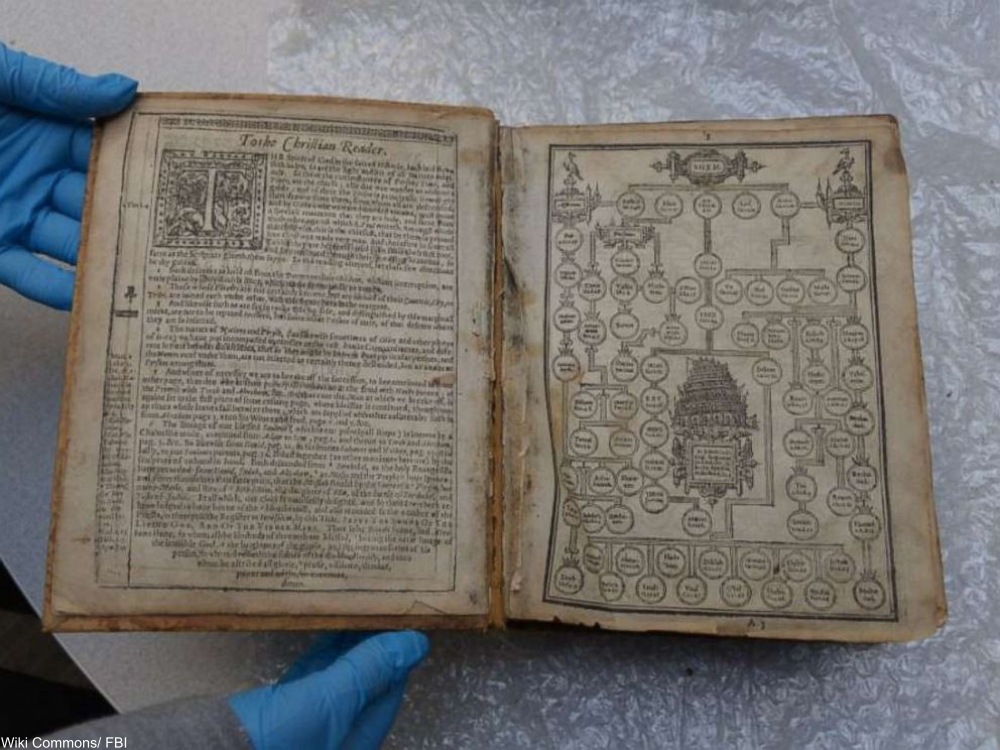 Among the many versions of Bibles that are considered rare is the Breeches Bible. This particular Bible mentions the Garden of Eden clothing fashioned by Adam and Eve with fig leaves as “breeches” hence the distinctive nickname.

The more proper term for this version of the Bible is the Geneva Bible, printed from 1560 until the 1620s. The Geneva Bible was the first English language, mass-printed Bible to contain notations for the general public for them to better learn the words within. 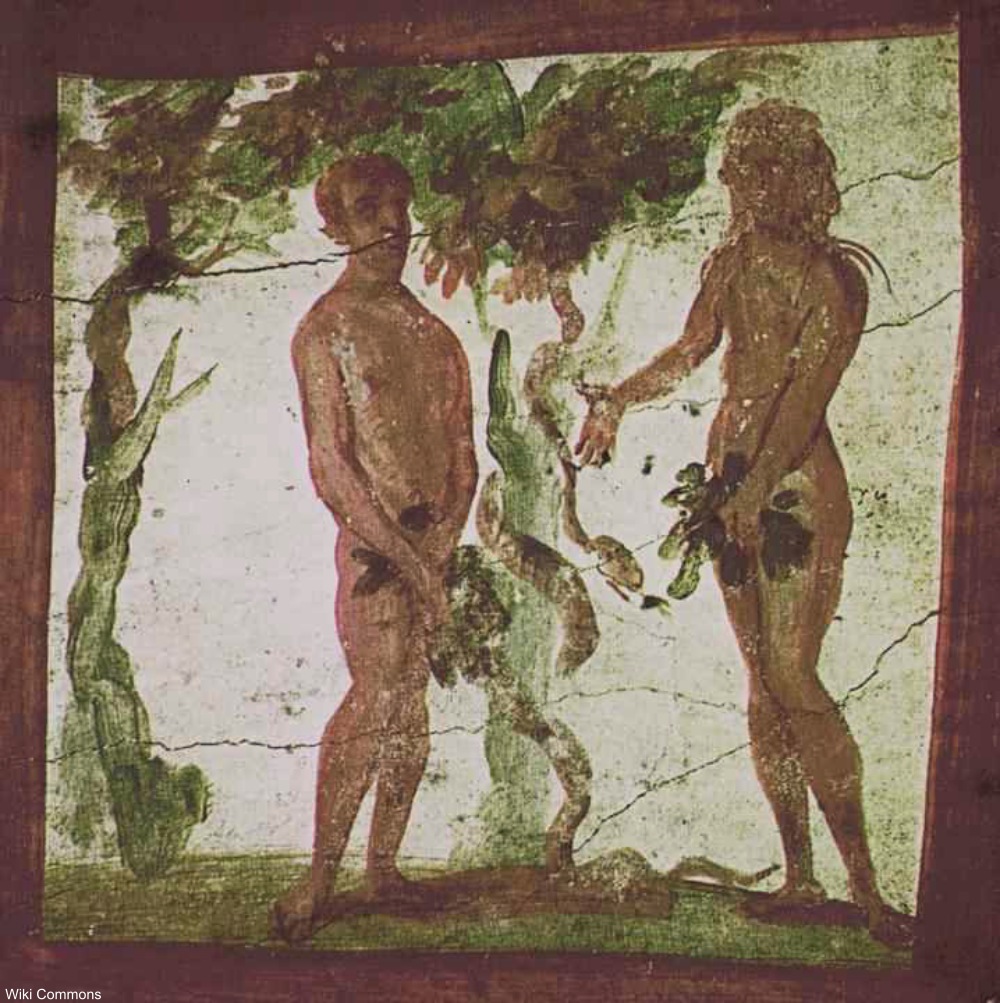 “Then the eyes of them both were opened, and they knewe that they were naked, and they sewed figtree leaves together, and made themselves breeches.” Via/ Wiki Commons

As a fundamental element of Protestant Bible study, the Geneva Bible was one of favored books among the pilgrims, who traveled far in their quest for religious freedom. The Geneva Bible that has now been recovered was printed in 1615, and while not priceless, is extremely valuable to historians for these reasons.

The bible in question was acquired by the Oakland branch Carnegie Library, the main library in Pittsburgh, and held in their Oliver Room collection of rare books. Now a crime scene, the reading room is closed. Since the 1990s, rare books in this collection steadily went missing. It was only in 2017, however, that this fact was uncovered when a routine appraisal found that more than 300 works in the collection were now missing.

The culprits were working together for decades: Gregory Priore was the archivist at the library from 1992-2017 and would regularly steal rare books and maps from his place of work, unbeknownst to authorities. He would then drop them off at a nearby rare book shop, run by John Schulman, who was a respected dealer in the rare books community. 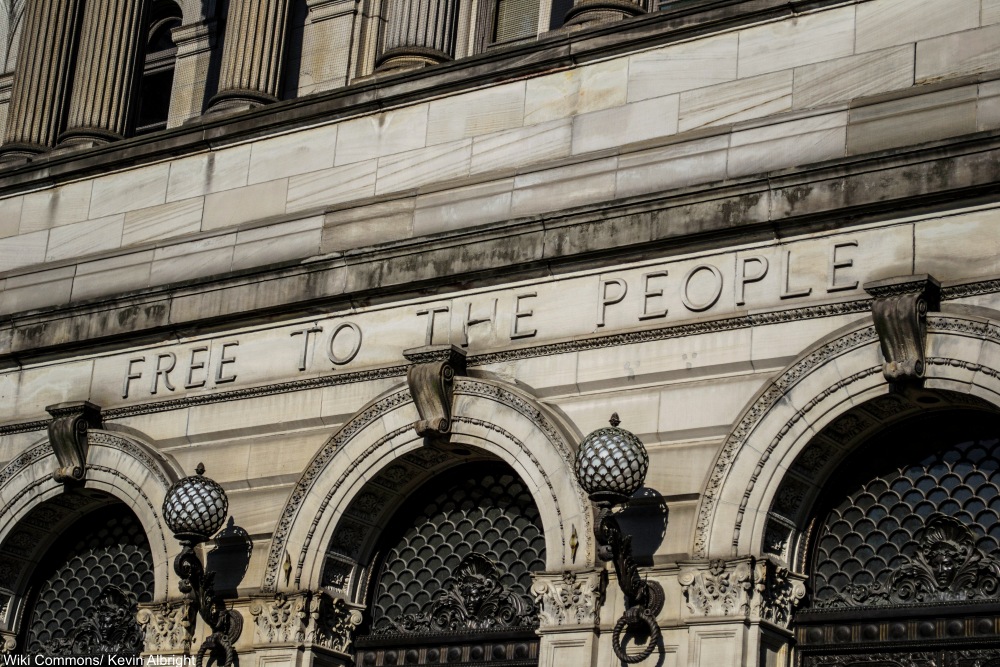 A pair of criminals working together is seldom heard of, as most rare book thieves work alone. What makes this partnership so hard to deal with is that both were entrusted to care to these historic works, not steal them from the public. Not only did the pair conspire to sell books, they also dissected others, destroying them in the process, presumably to create forged books which seemed older than they were. 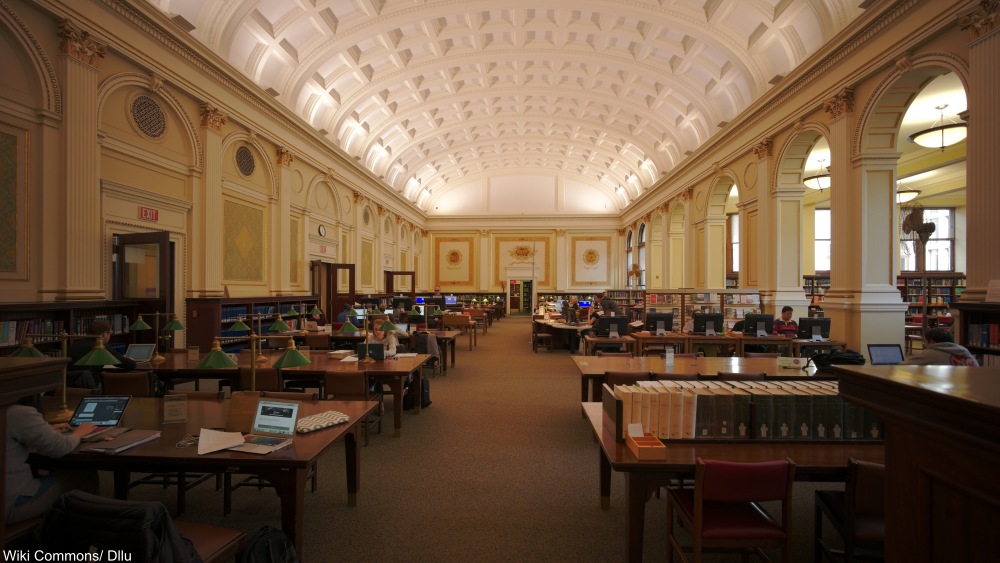 The Geneva Bible made its way to the Netherlands after having been purchased in 2015 by officials working for the American Pilgrim Museum in Leiden. The director there, Jeremy Bangs, having read about the thefts in 2018, contacted the Carnegie Library on a whim just in case and was alerted to the questionable provenance of the museum’s Bible. After this the Bible was graciously relinquished so that authorities could inspect it.

The antique Bible was returned to the U.S. in April 2019 (secured in bubble wrap), but the FBI are still looking for some of the stolen works. All in all an estimated $8M worth of rare books, maps, photographs, and other materials were stolen by Priore.