In the 1935 a brand new French ocean liner sailed the world under the name of SS Normandie. At the time she broke records as the fastest passenger ship in the world, crossing the Atlantic Ocean in just 4 days. To this day, the mechanism of the ship remains the most advanced and fastest steamships ever built. In 1939 when France declared war against Germany, the SS Normandie was docked in New York. The ship was placed under guard and sat there unmoving for 2 years. After the Attack on Pearl Harbor in December of 1941, when the U.S. went to war with Germany (and thereby the German-allied Vichy government of France) the vessel was seized by the U.S. 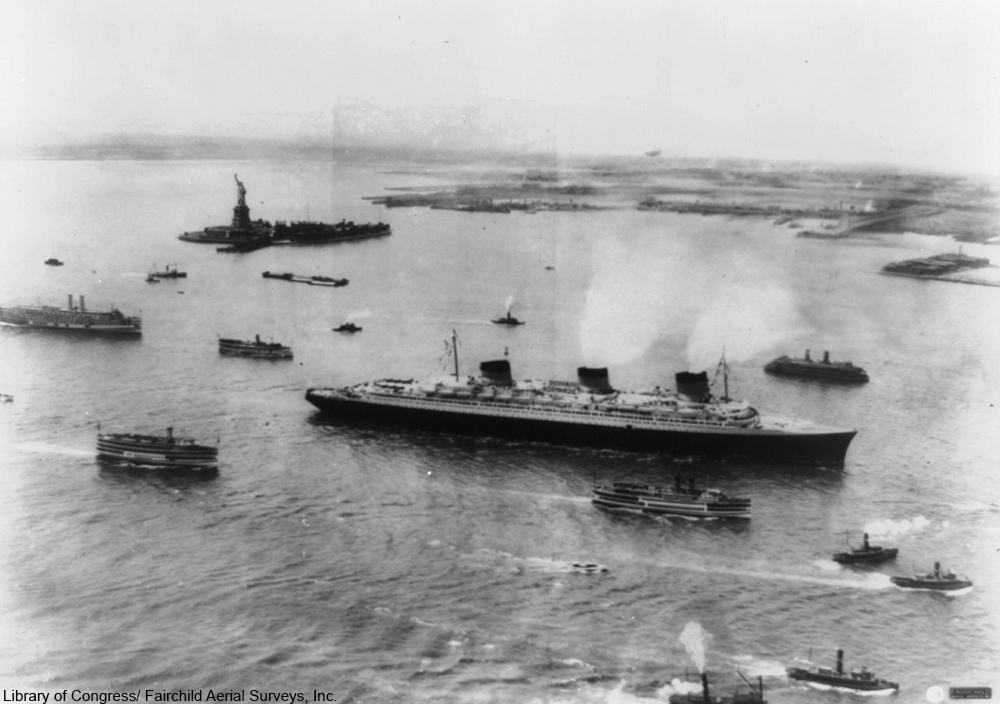 The original intention of such a well-outfitted ship was that the U.S. Navy would repurpose the ship for military use as a naval transport vessel under the new name of USS Lafayette. But, converting a huge ocean liner into a military vessel would not be a simple or speedy task. 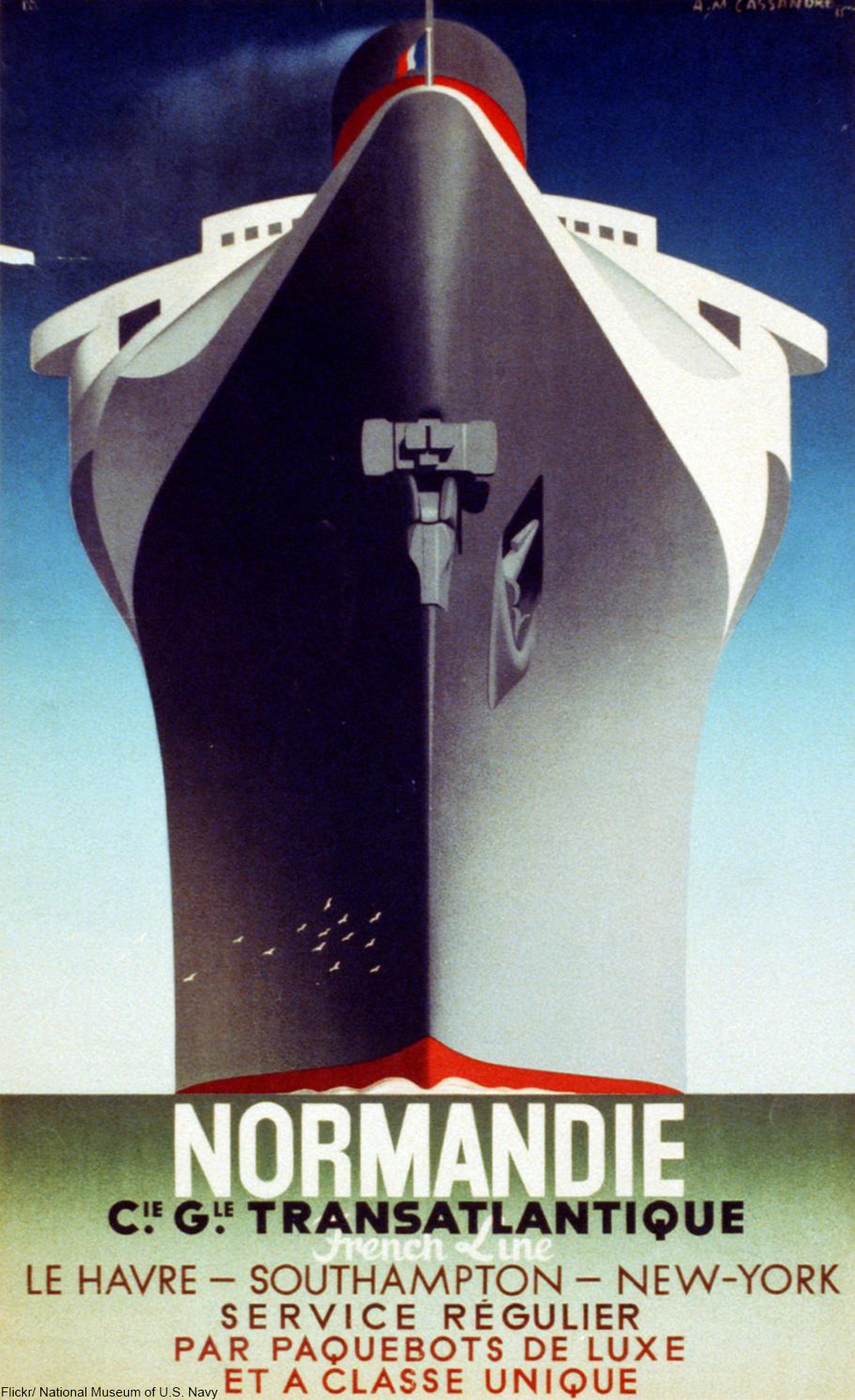 The inside was filled with amenities for paying passengers that would have to be removed. The luxurious Art Deco spaces that First Class passengers enjoyed would have to all be replaced with hard-wearing military-grade accommodations. The Rene Lalique-designed dining room was longer than the Hall of Mirrors at Versailles and could accommodate more than 700 diners. However, with time of the essence the goal of the conversion was set to be completed by February of 1942, a stunningly short amount of time for such a mammoth job. 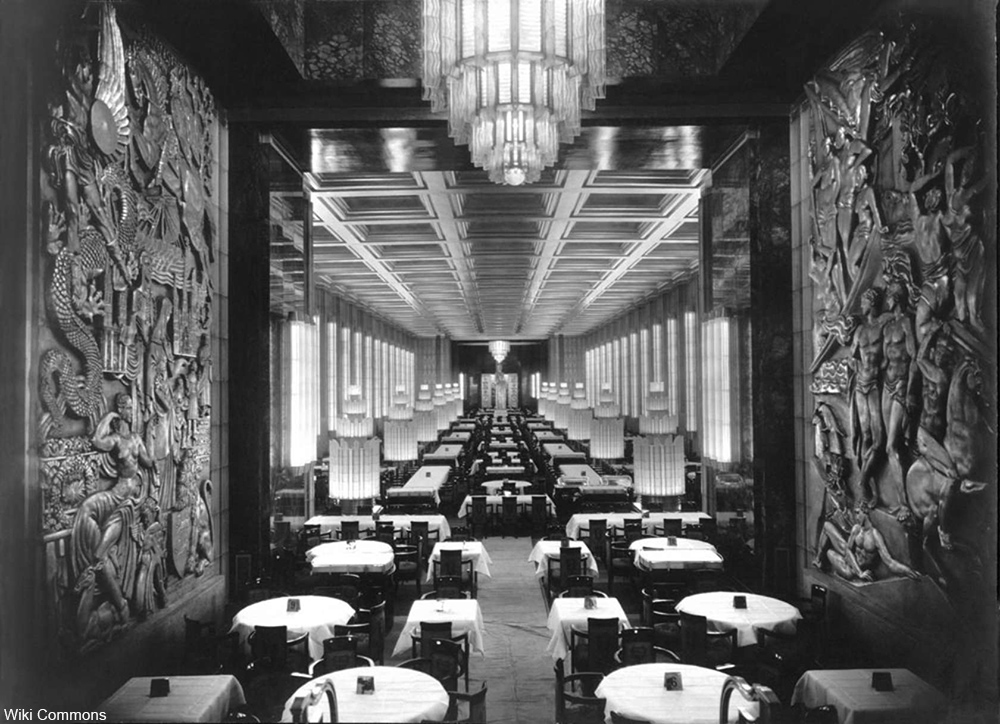 The Art Deco dining room aboard the SS Normandie. Via/ Wiki Commons

In the haste to get the ship ready, it became clear that the deadline was not realistic and the crew asked for more time to be able to complete the project. When they were denied the extra time, the crew assigned to convert the ship went into overdrive scrambling to get it done. Safety precautions were ignored as frantic tasks were completed at breakneck pace. It was in the rush that a welder was set up too close to a life preserver raft which caught fire on February 9th, 1942.

The vessel soon was engulfed in flames and the whole situation was made much worse when the ship began to list due to the huge amount of water than had been applied to the conflagration. 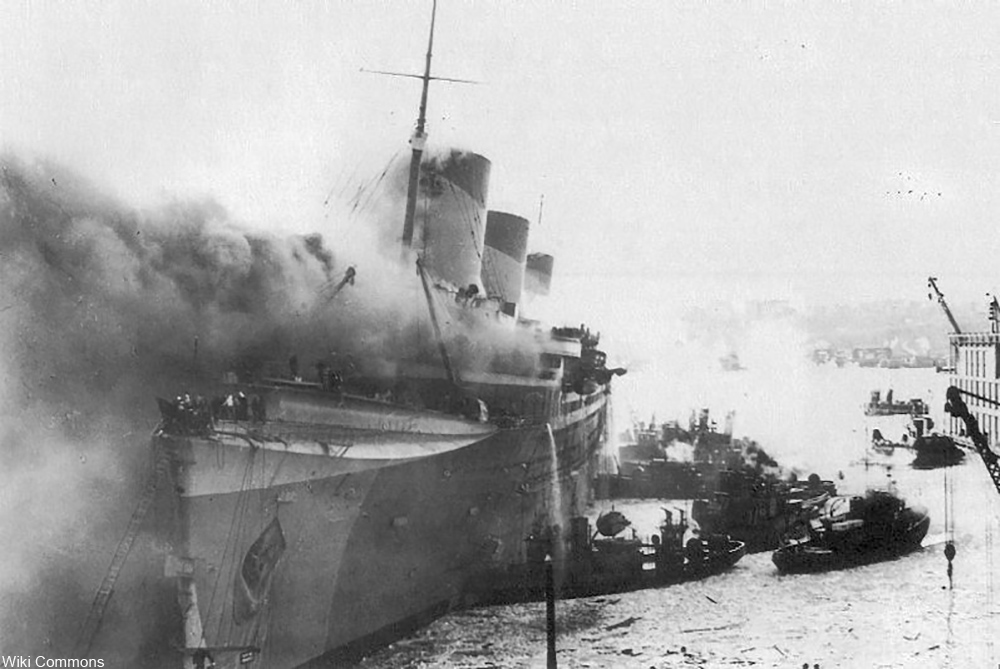 Stunned passersby watched as the ship tilted ever further towards total destruction, in awe of the massive size and great senselessness of letting a ship like that burn and then sink. By the next morning the ship had broken through the ice and had sunk completely. One firefighter died in the fire and nearly 200 workers, firefighters, and onlookers were treated for injuries or smoke inhalation. 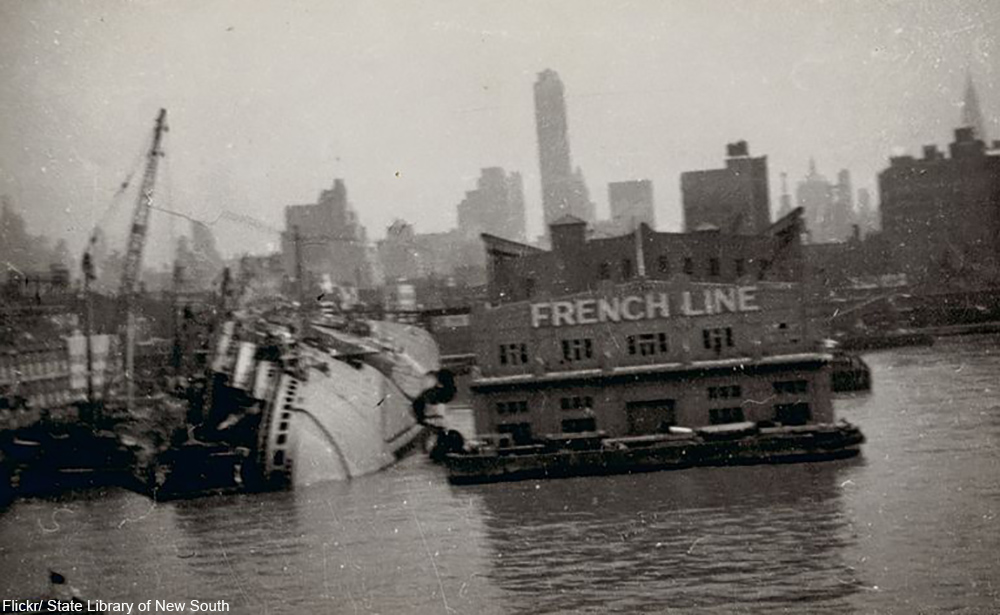 The ship’s designer, Vladmir Yurkevich, had designed the hull to be bowed, which allowed for increased speeds. In fact the ship was so revolutionary that most ships from then on copied his designs. Yurkevich was reportedly in New York City on the day of the fire, but was not permitted to enter the harbor or give advice to the firefighters on how to drain and balance the vessel. Many have since speculated that had he been permitted to consult, the ship would have been saved.

While the SS Normandie was later recovered from the bottom of the Hudson River at New York’s Pier 88 at great expense to the U.S. government, the wreckage was too badly damaged by that point to be put to good use and the ship was scrapped in 1946, by which point the war was already over.

The whole thing turned out to be a very expensive mistake that was born from haste. But, it just goes to show how dedicated to victory the U.S. military was at the time. 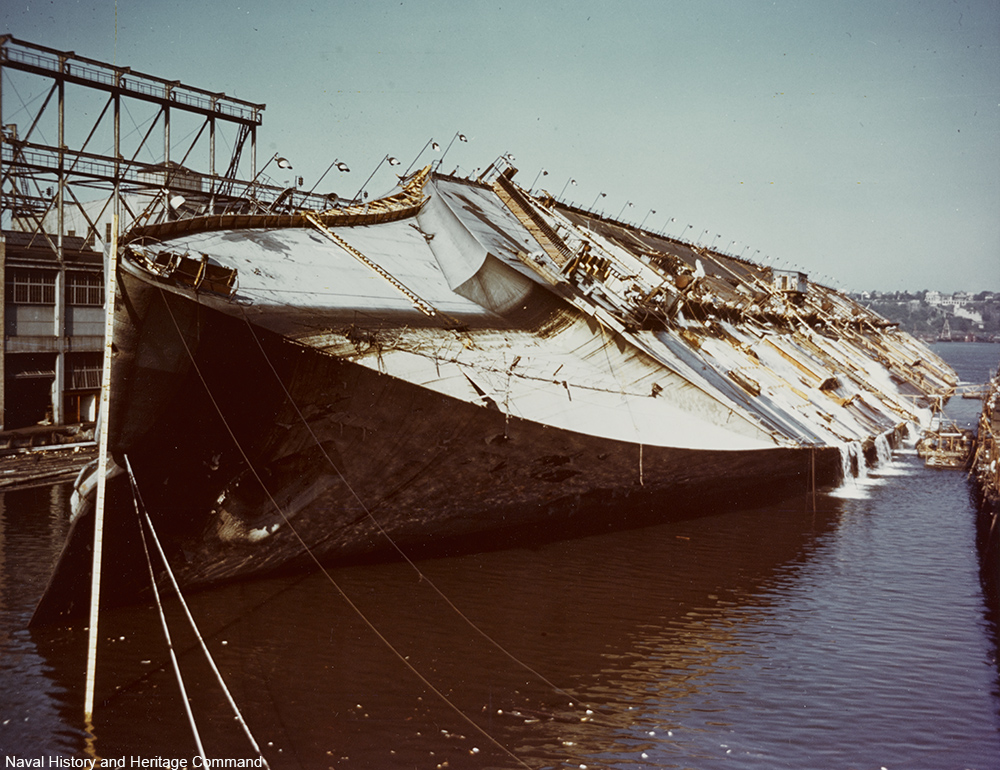 Via/ Naval History and Heritage Command

Have a look at a newsreel of the era which shows the massive ship ablaze and the efforts to save her.

The Eastland sailing tragedy of 1915 that no one ever talks about: Click “Next Page” below!