The Most Popular Slang from the Year You Were Born

Slang changes all the time, as we are now seeing with text culture and the many acronyms that go along with it. But, back in the old days, slang was also a fast-moving creature. New inventions, new subcultures, and changes in formality have all transformed the way we use language. Every year brings new words into our lexicon. Find out which slang word was popular the year you were born below. 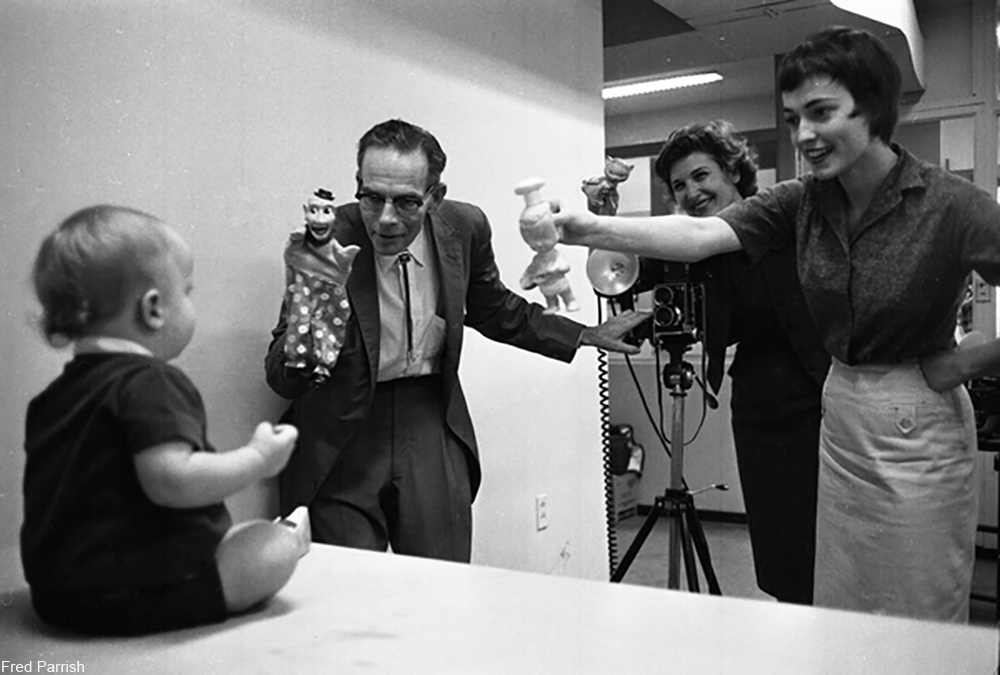 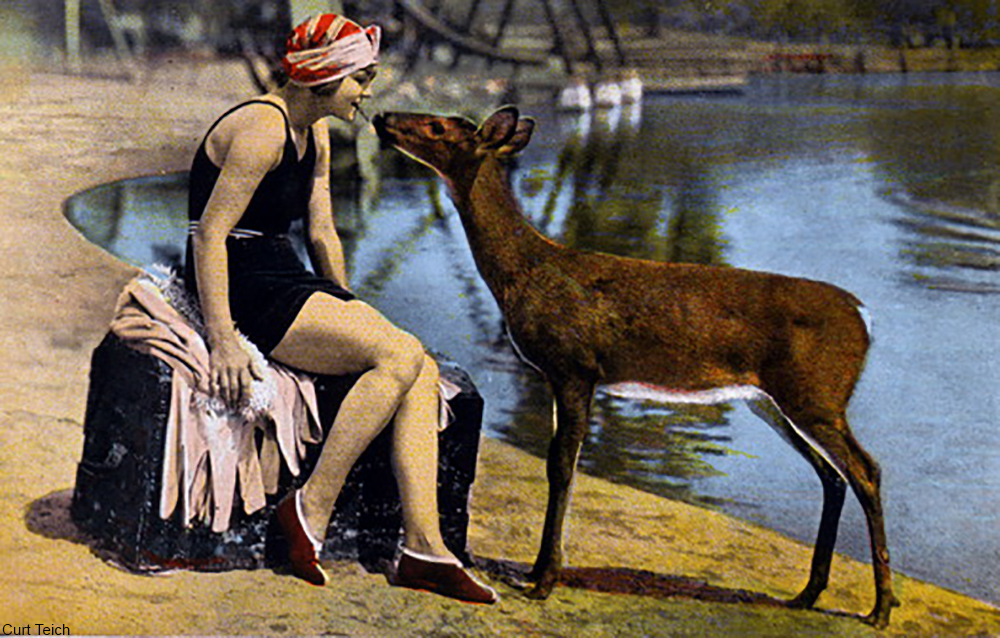 this was the first year this term was used.

taxi fare home in case a woman quarreled with her date- this was back in the days when women often carried no money on a night out since her fella would pay for everything.

a joykill, someone who only wants to follow the rules.

a woman who is only out for money, first used in the 1926 film Mantrap starring Clara Bow.

said It girl was certainly Clara Bow at the time, from the film It (1927).

a sham, something phony. This term comes from the Saturday Evening Post, which was the first publication to use it in this context.

someone who is pleasing to the eye. The term was coined in 1926 by cartoonist Billie De Beck to mean that every was ok, but eventually came to mean that someone looked more than ok. 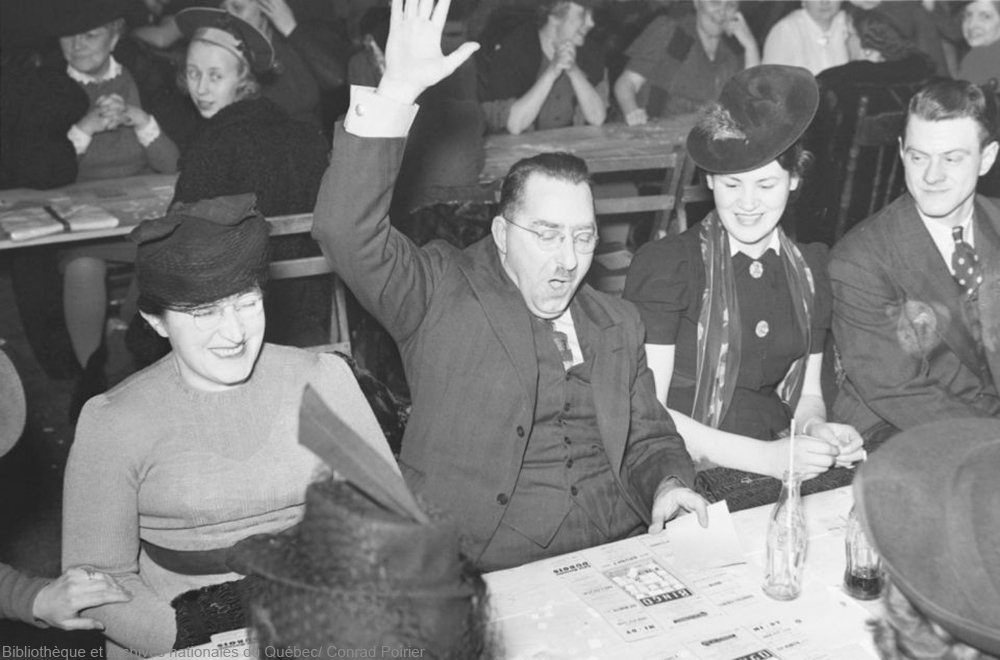 a singer. The 1930s was the first decade when this term was used regularly.

of exceeding quality or attractiveness.

at first the term meant something funny, then later came to mean a show or act that was highly successful.

something that is overly sentimental or cloying emotional, from the Yiddish term for chicken fat.

the game of Bingo was invented in 1929, but Bingo halls became popular didn’t become popular until the 1930s after the Great Depression hit.

to talk badly about someone. 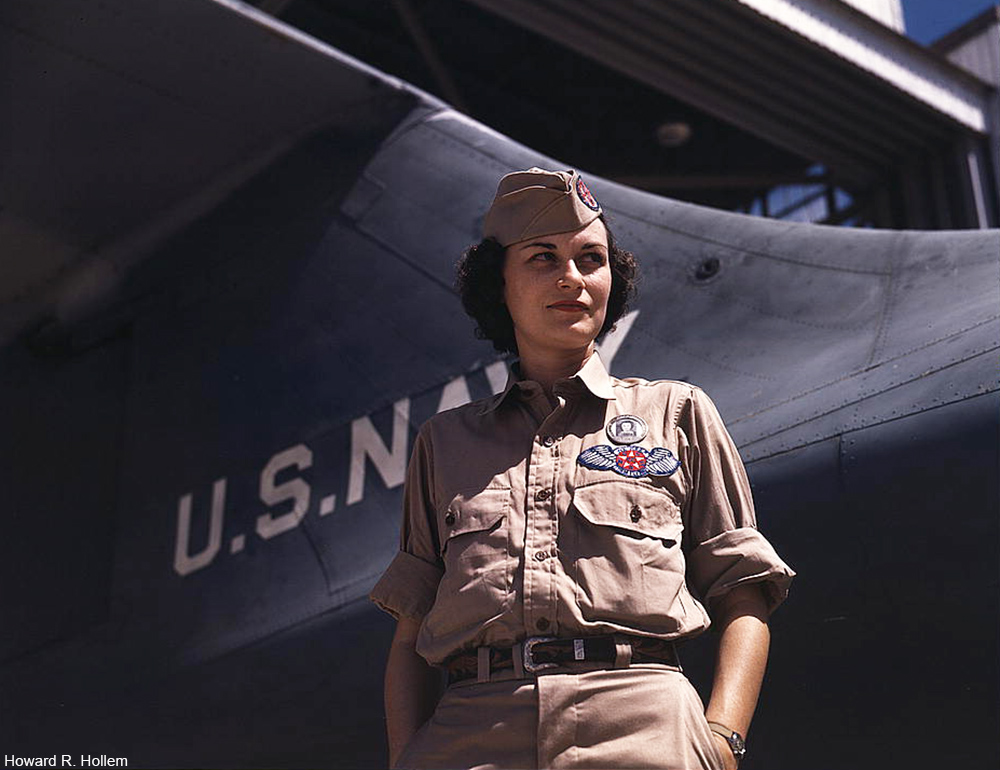 short for Blitzkrieg, the German term for flashbombing their enemies during World War II.

an attractive man. The word had been around since the 1920s, but with the rise in Hollywood films, the term found new popularity.

short for hyperactive, once a term used to describe any child who was deemed to have “too much” energy. Today, hyperactivity is a diagnosable illness, but back then it was considered to be a state children got in if they didn’t spend enough time outside.

reaction when someone points out something obvious, first used in the Merrie Melodies cartoons.

excited reaction to someone who is very attractive

short for naturally in jive talk.

to be angry about something.

a mocking term for a hack artist.

something that is cheesy or false, from the anagram for “magic” that was first used in the 1910s.

young, wealthy, and famous people who afford to literally jet across the world- something which had never been done on the regular before. 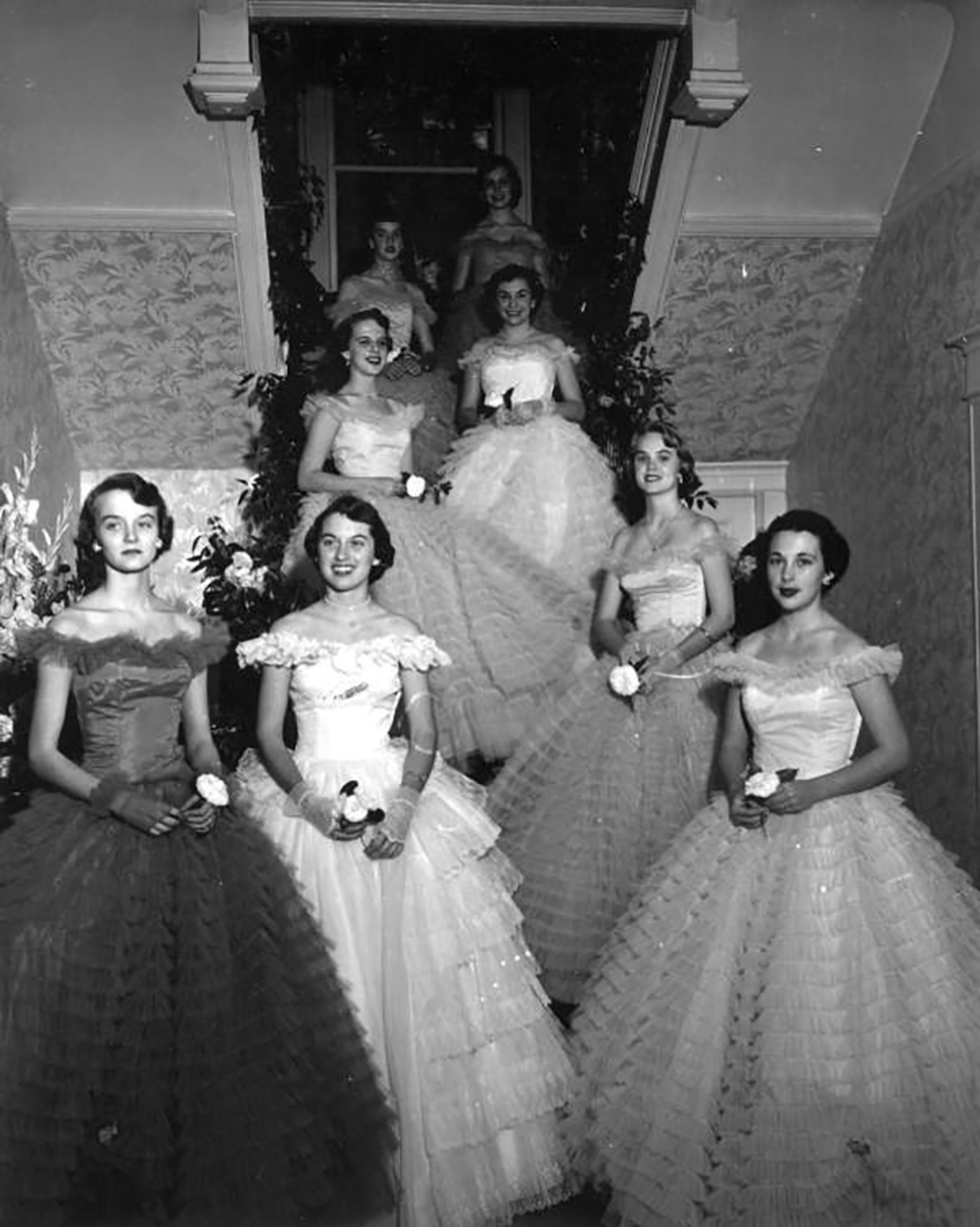 acronym of “Unidentified Flying Object”, sightings of which had been on the rise in the first few years of the 1950s.

a geek, a square or unhip person.

as in dive bar, a way to describe something low class or simple.

a variant of hipster, used to describe beatniks.

the country or middle of nowhere, used by U.S. servicemen who were stationed in the Philippines in WWII, adapted from the Tagalog word bundok which means “mountain”.

effortlessly hip, the term was first used in the 1930s but really became everyday terminology during the 1950s.

short for “troglodyte”, someone who is the opposite of cool.

short for “nuclear bomb”, to bomb something. Testing by the U.S. military of atomic weapons reached its peak in the 1950s and was seen as point of pride.

zany, wild, or unconventional, a variation on “cuckoo”. 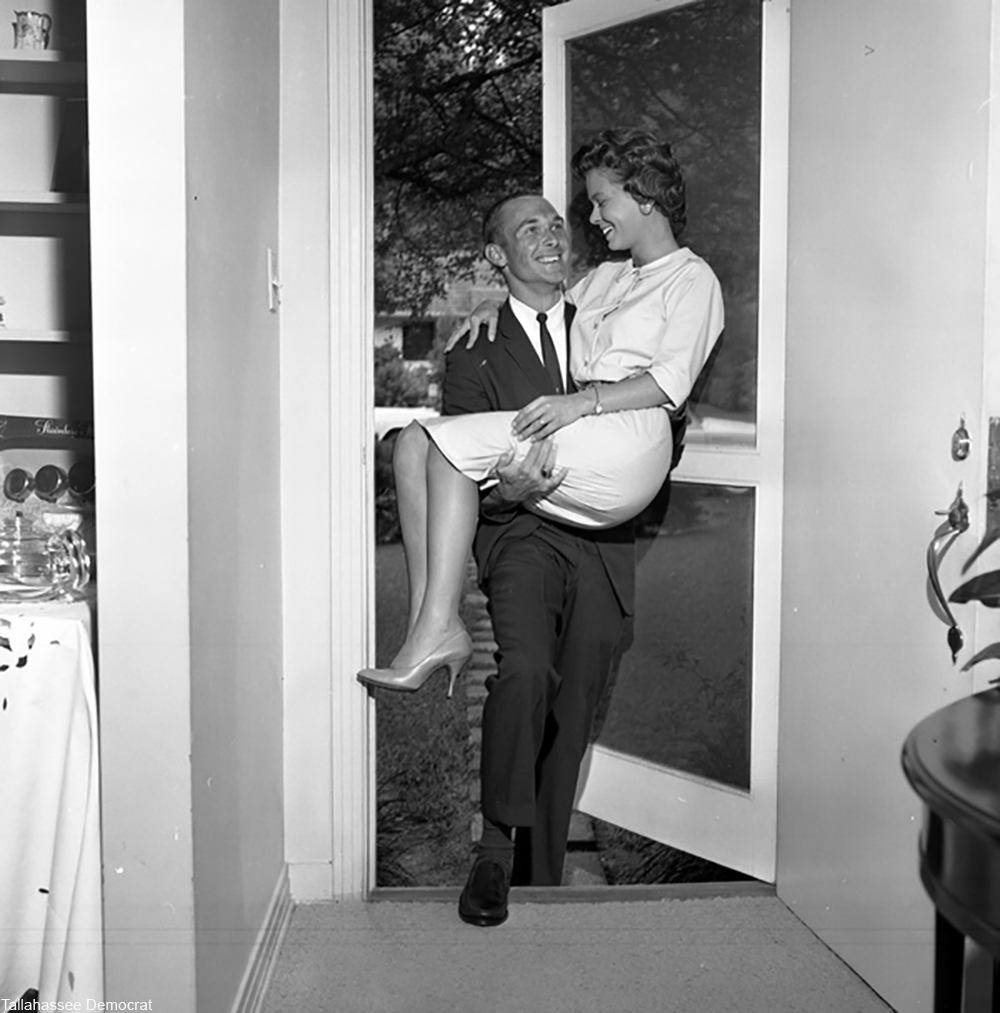 a child or young person who acts spoiled and misbehaves. The term brat is from 1929, but bratty as an adjective was a 1960s invention.

the tendencies of culture and society. The word trend was in use for this meaning from 1950, but before that “trend” was used to describe rivers and streams as a directional term.

to fool around on the job, to pretend to get work done. The term was in use in 1930s to refer to mediocre dance bands which mimicked the backing music of cartoons. But, the popularity of The Mickey Mouse Club (and Disney in general) during the 1950-1960s rocketed the term into everyday use.

a fool or worthless person. The word is borrowed from Yiddish, which in turn borrowed this term for “blockhead” from Polish.

gross, disgusting. A variant of the UK slang word “grotty”.

to perform a bike trick in which only one of the two wheels is used for a time.

to react badly to a situation, originally used to describe a bad experience on drugs.

one’s backside, often used in the phrase “you bet your bippy”. The word sprang from a skit on the popular 1960s TV show Laugh In.

short for “Vietnam”. The Vietnam War made the news nightly during this period and was heavily opposed by most young Americans at the time. 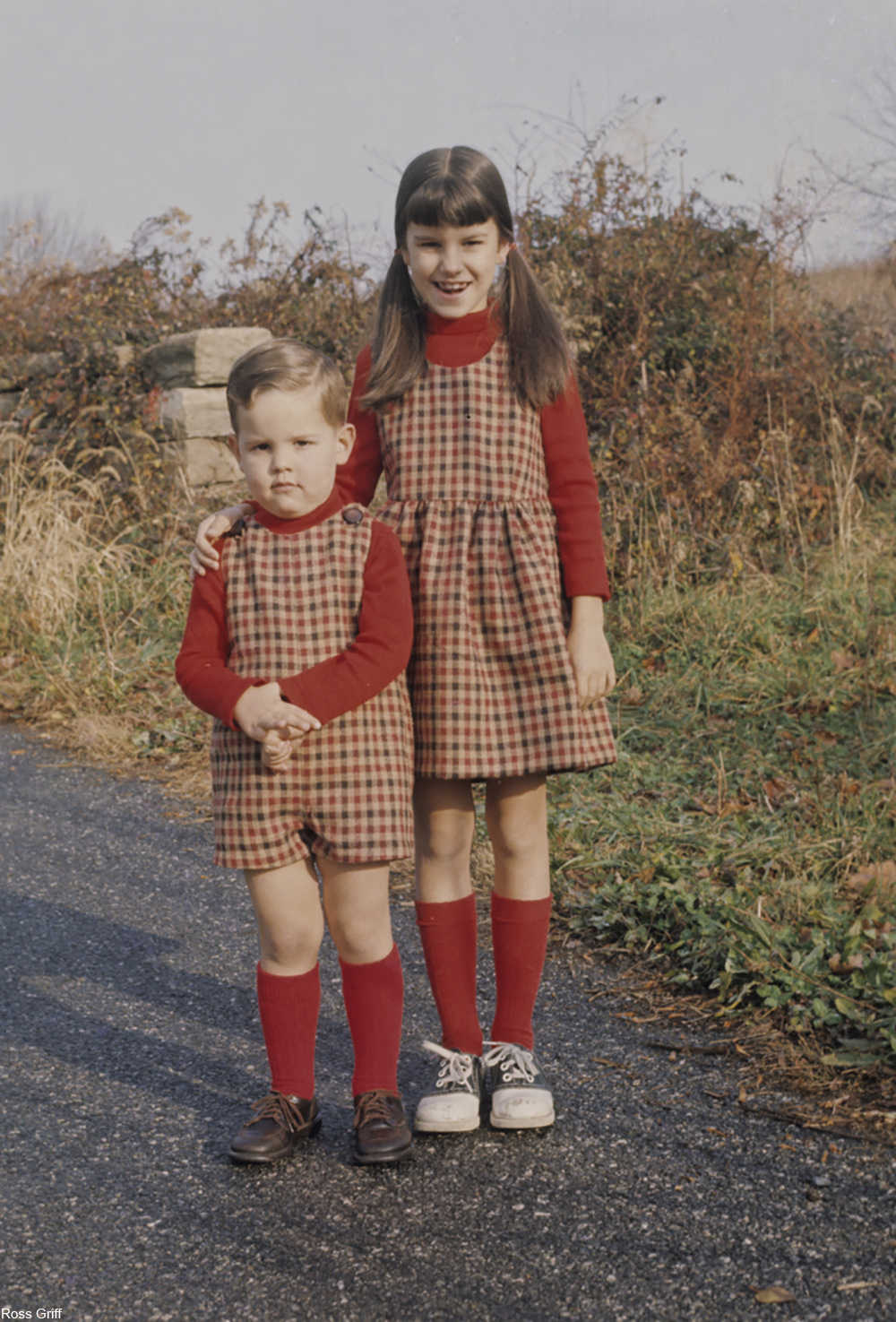 fans of the band, the Grateful Dead. The term arose when their manager put a notice in the 1971 album Grateful Dead (also known as Skull & Roses) for “Dead Freaks” to unite by writing to the fan club which was titled “Dead Heads”. The rest is history.

the manipulation of someone by making them feel guilty for past wrongs, often with the choice to temporarily absolve themselves via an action set out by the person issuing the guilt trip.

short for “Quaalude” the short-lived and very potent brand name for the drug methaqualone, which was prescribed for sleep disorders and then often used recreationally.

a person who is really into motorcycles. The term would be used for the iconic heavy metal band one year later.

short for “detoxify”, either for diet reasons or to kick drugs or alcohol.

beer, originally this was a surname which became a slang word.

to feast, usually on junk food. The term was first used in a Washington Post article on dieting in 1978.

short for “cardiopulmonary resuscitation”, this technique was first used in 1960s, but the general public had been encouraged to learn the technique in a series of campaigns throughout the 1970s which brought the term into everyday usage. 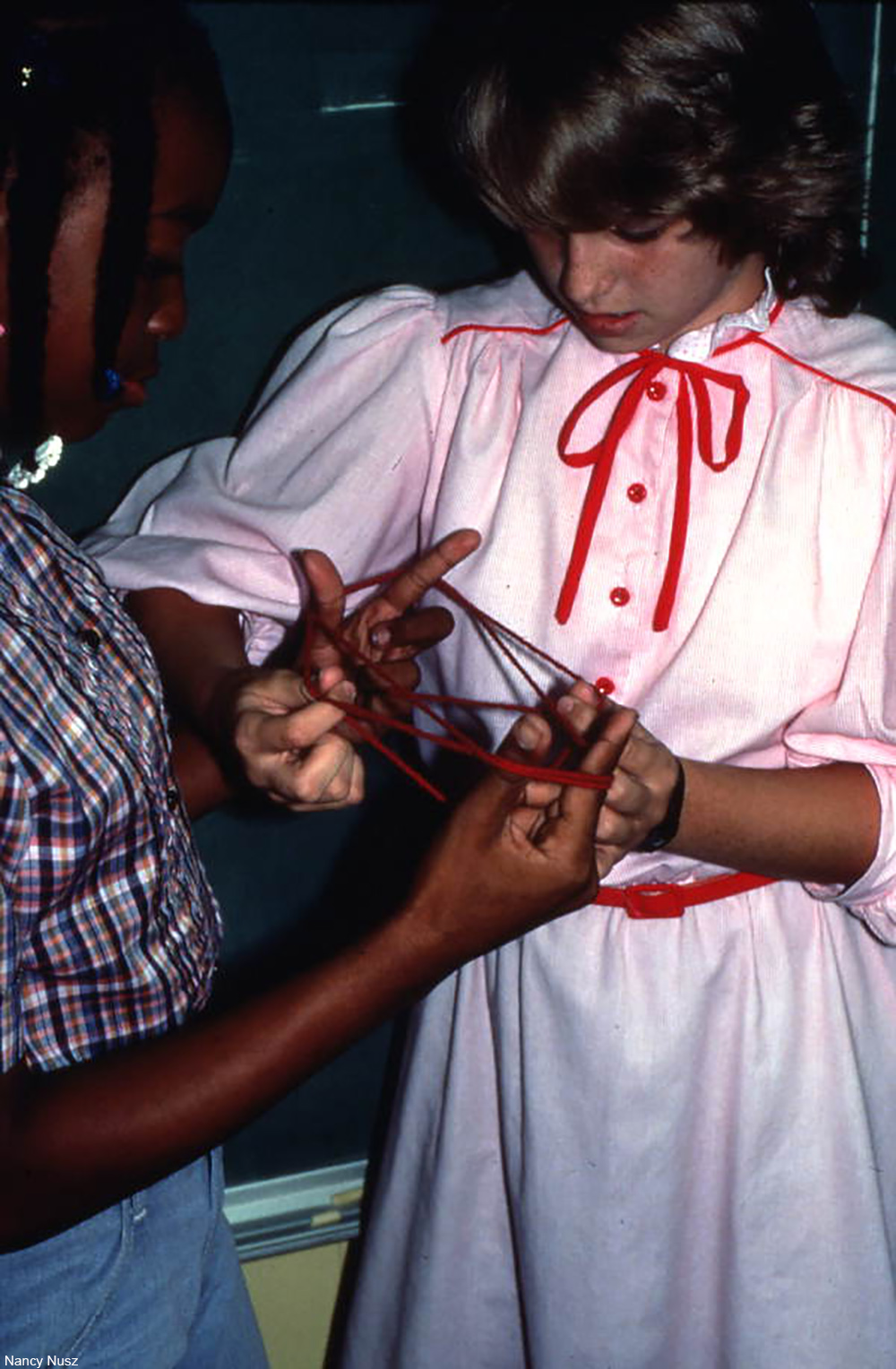 unruly hair that does not curl properly. Later in the decade frizzy perms and hairstyles would become all the rage.

a directive to relax.

acronym for Young Urban Professional, usually indicates expensive tastes and a misuse of funds to support a status-based lifestyle.

to make drumbeats with one’s mouth. The term was first used to describe electronic drum machines, hence the term “box” in there.

a modifier used to add emphasis to other words, i.e. “a major crush on her”.

excellent, amazing, short for “radical” which sprang up in the late 1970s in surfer culture and was later adopted by skaters and the general public.

to scoot over (as on a bench) or leave entirely.

a verbal warning that a ball or other object is headed in someone’s direction.

uncool, undesireable, not good. The word has been in use since the 1800s, but back then it meant “phony”. 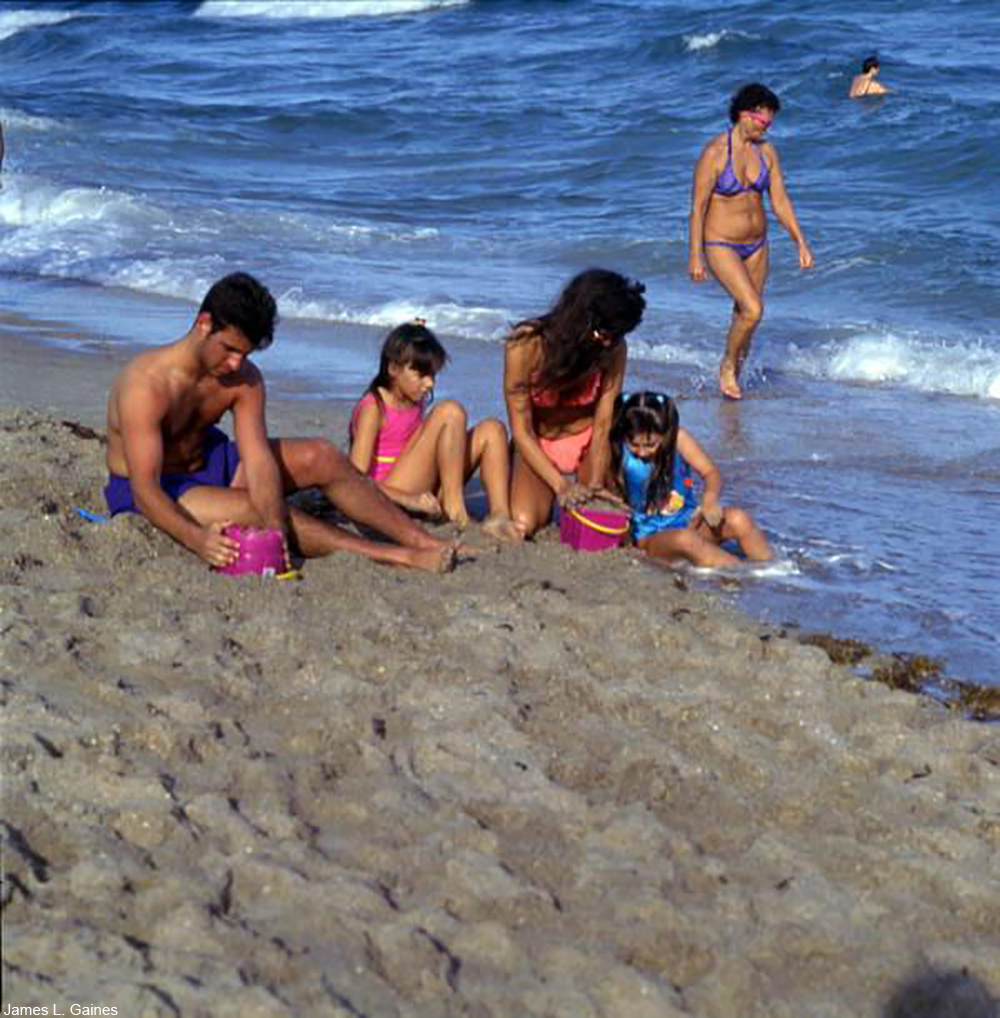 nasal mucus, particularly used in the phrase “to hock a loogie”.

physically attractive, a combination of “babe” and “delicious”. The term would spark a number of other combinations in the years to follow.

using this word after any statement made it instantly untrue, delivered in a sarcastic manner à la Wayne and Garth of the Saturday Night Live skits.

something which is excellent or unparalleled.

something that is old news or has already been experienced to the point of boredom. The phrase had been in use during the 1970s-1980s, but got a youthful revival after a series of Mountain Dew and Pepsi Max commercials used the phrase.

an expression of unlikely behavior or outcomes. The phrase comes from the 1995 film Clueless.

a dismissive term. The word has been in use since the 14th century, but previously was used more like “whatsoever” until the 1990s made this word happening. The famous “whatever” hand sign was also born of the aforementioned Clueless.

to be stylish or an extremely good dancer, from the 1997 song by Will Smith “Gettin’ Jiggy Wit It”.

acronym of “pretty, hot, an/or tempting”. The term was capitalized upon by Russell Simmons with his Phat Farm apparel line.

to search something on the internet using Google. This was the first year that the term had been used a a verb.