A huge number of groups were targeted by the Nazis and members from various religious and ethnic groups across Europe attempted to emigrate starting in the 1930s. If that effort failed, then the next best thing was to simply hide. Years later a secret attic room which very much seems like a hideout from the World War II era was been found, bringing a whole new light to what life was like for Jews in Nazi-occupied territories. 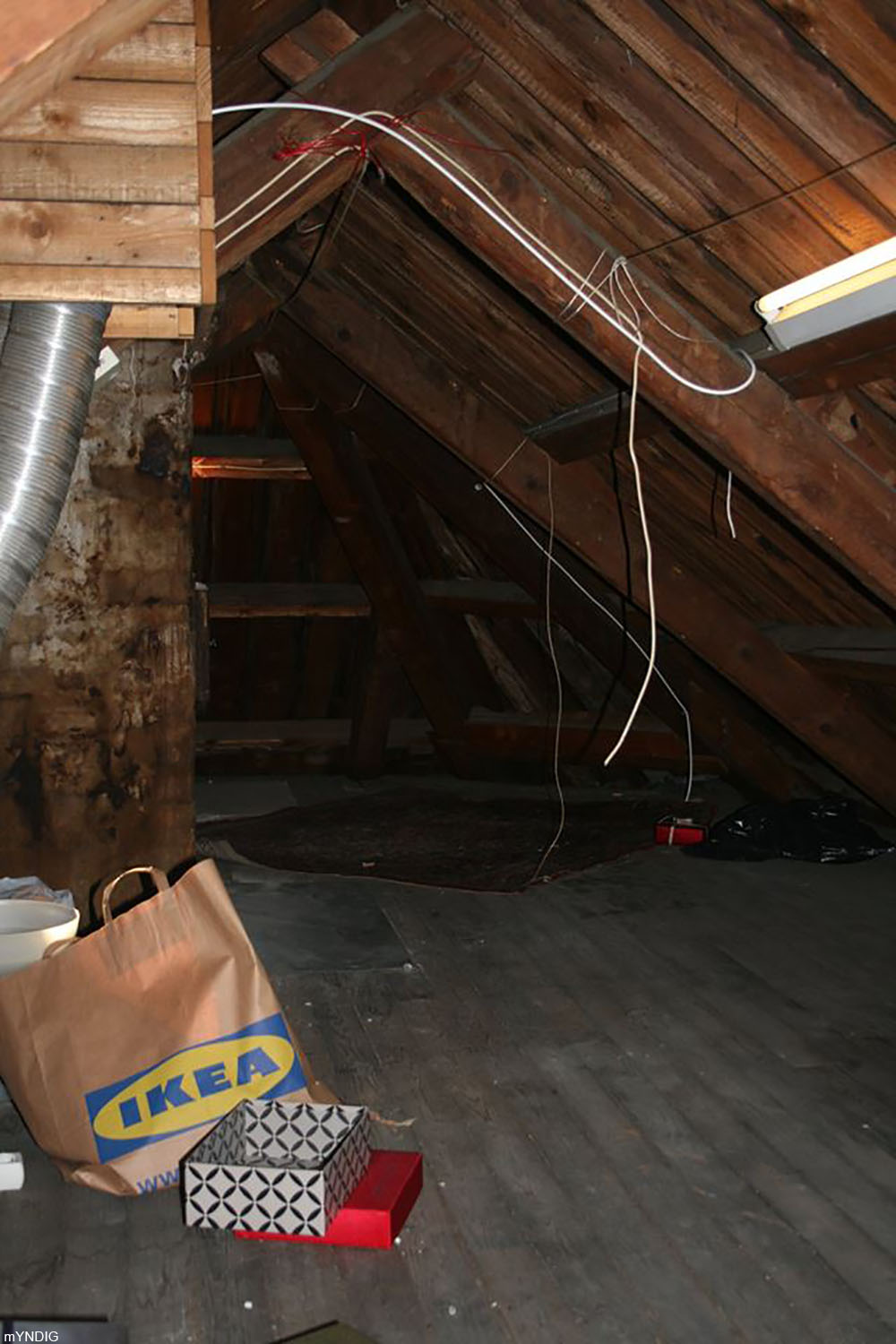 This looks like the top of the attic, but there’s more hidden above. Via/ Imgur

In an attic in Norway a group of students sharing a house in 2013 discovered something strange. At first glance it seemed like a normal space, but then one of the occupants found a hidden space behind a loose panel in the gabled ceiling. What they found inside is eerily similar to what was described by Anne Frank. 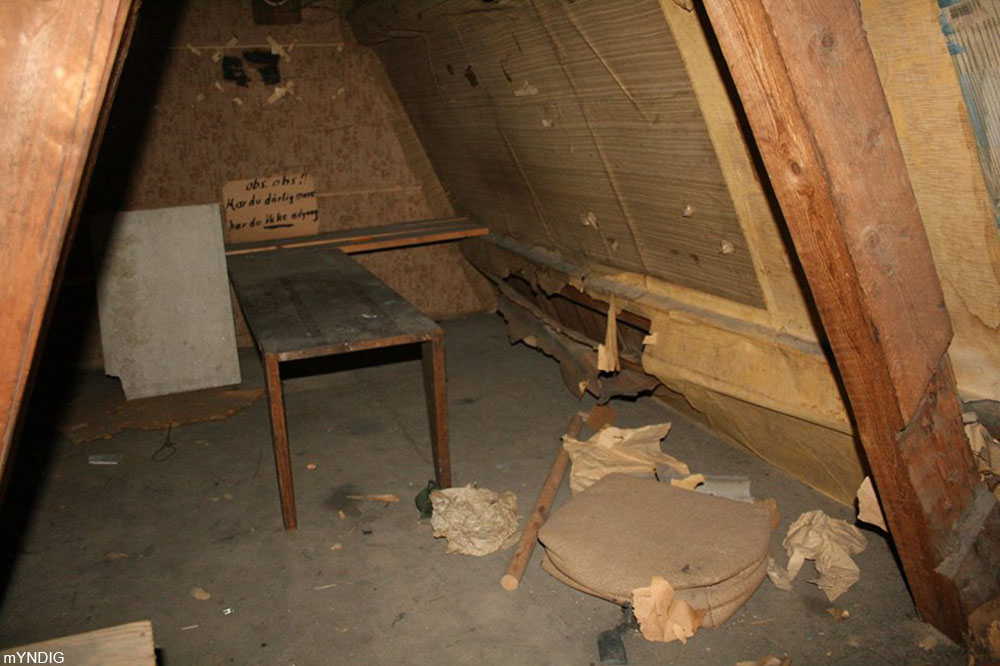 A sign in Norwegian warns that anyone with a bad stomach is banned from the premises. This makes a lot of sense if the goal is to remain completely hidden for as long as possible. Going to the toilet quietly and infrequently was probably required of most of the people who were in hiding during WWII. 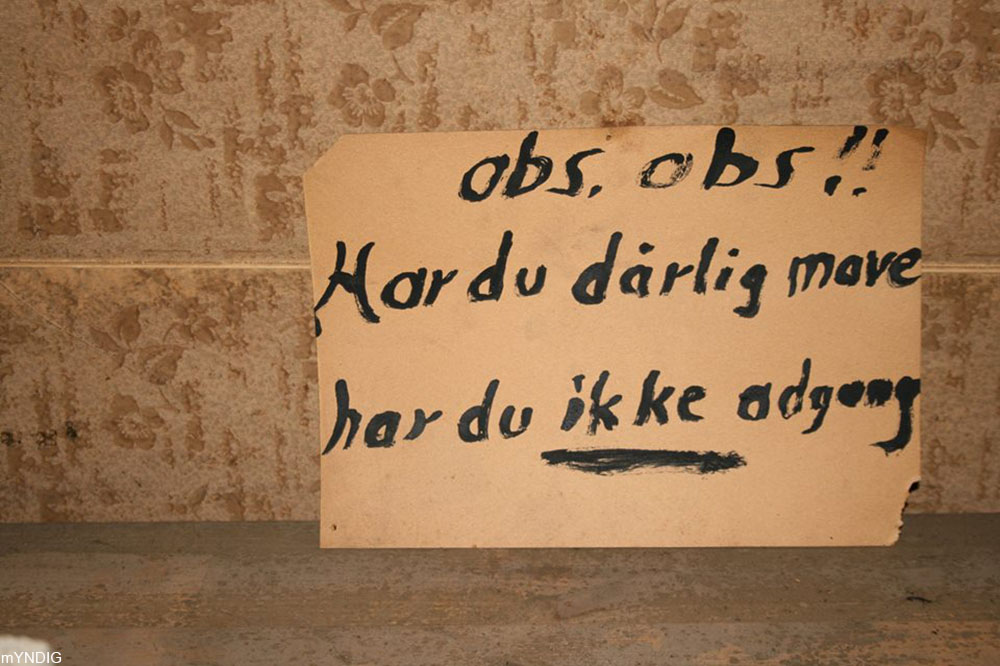 On the walls are maps of England and France from the era, so it is possible that either nation was a potential place to escape to provided they could leave undetected. 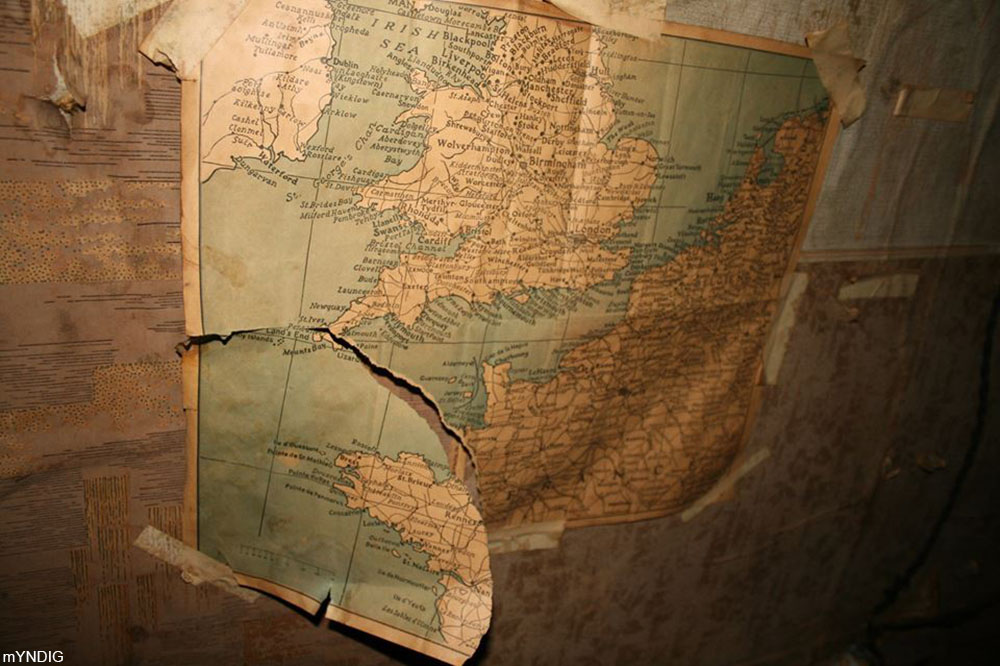 You can see the old screen-printed wallpaper and aging masking tape, as well as the tattered maps. Via/ Imgur

Most strikingly there is a wooden plaque with a light attached which is labeled “alarm” – something that must have been extremely useful to those in hiding. 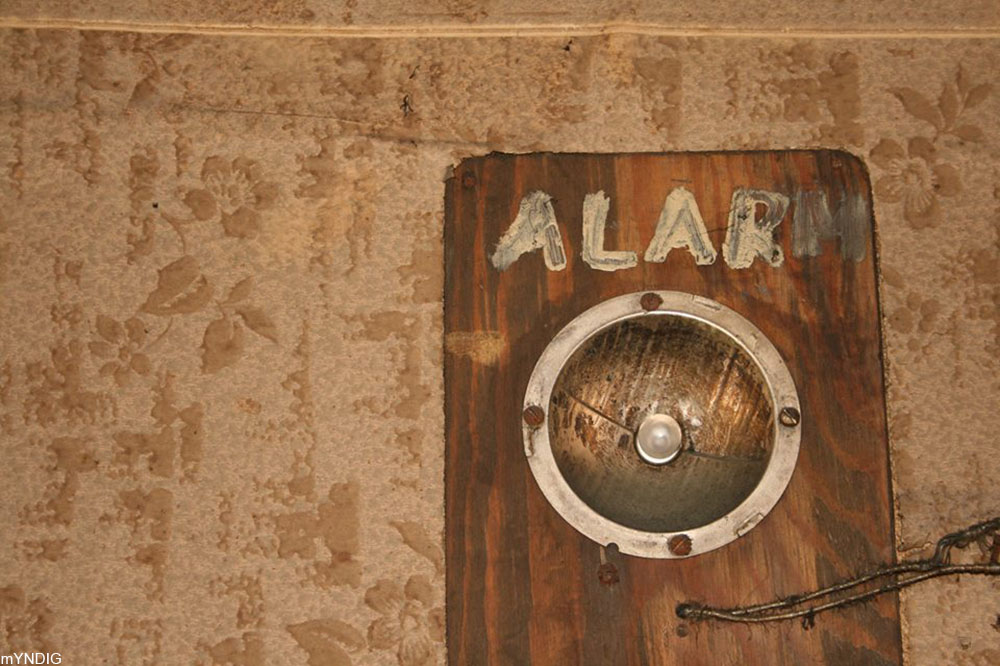 One of the students who lived there shared their photos of the attic space on Reddit under the username, mYNDIG, and from there people around the world shared the images. This student also noted that the hiding place had most likely already been discovered and had simply been ignored, although for the kids it was a very interesting first. 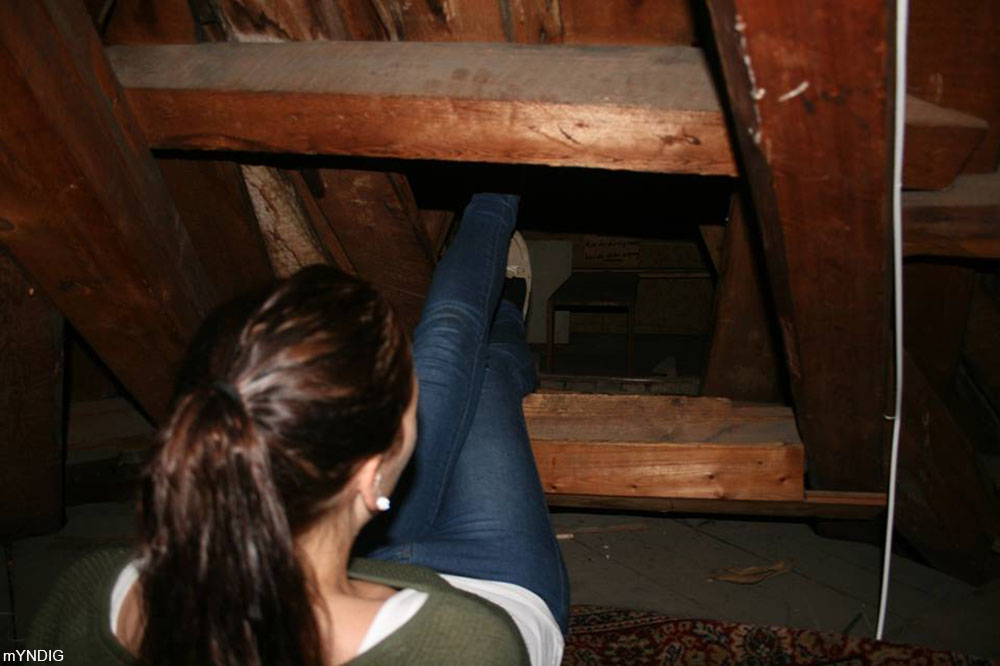 A secret wooden panel is the entrance to this ingenious WWII hideout. Via/ Imgur

The possessions left behind offer little in the way of clues as to who inhabited the attic hideout, but the few pieces of furniture and the lone babydoll shoe suggest that perhaps a family may have once hidden here. On the other hand, it was also suggested that the attic could have also been a place to listen to the BBC during the war since that was strictly forbidden in any area under Nazi control. Regardless of what the space was used for, one thing we don’t see in any of the photos is a window. Hiding out would have taken a lot of adjustment if done for weeks or months or years on end. But, the alternative was far worse. 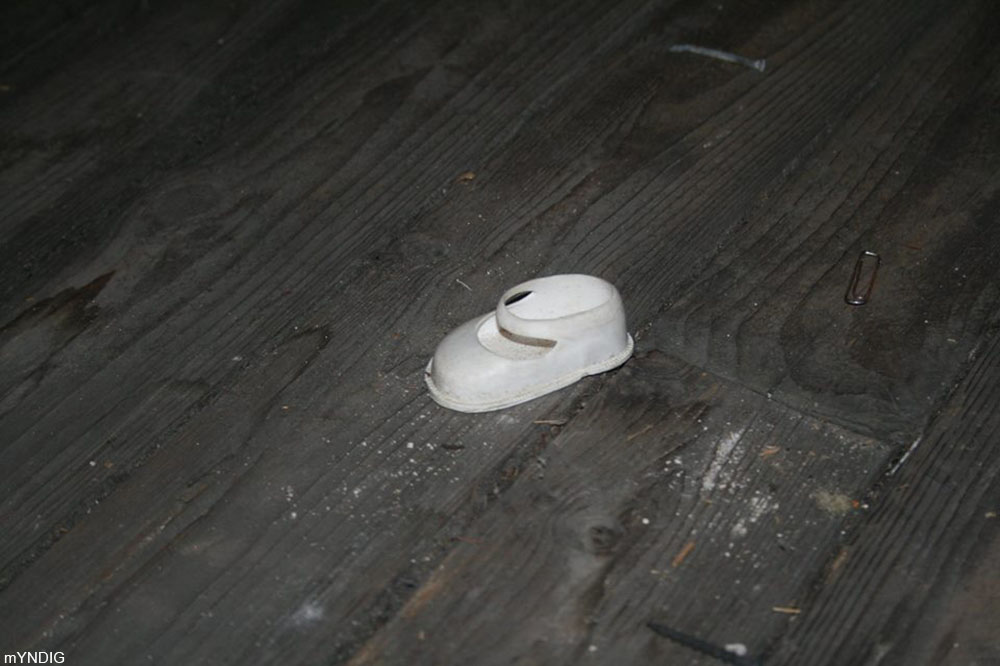 Most of us have read much about Anne Frank and her family’s struggle to remain hidden during World War II in Nazi-occupied Netherlands. The descriptions of her family’s attic rooms, which they shared with another family and a single man in the two years they hid there, bring to mind a sparse space. The Frank family is no doubt the most famous of these hidden heroes, but they were by no means the only ones in hiding.

It’s not very often that something like this is found and it really brings history to life to imagine yourself in a situation like that, whether the space was used for obtaining news from Allied countries or to hide from the Nazis.