There are certain things that tend to date us and we may see them online occasionally. It also happens when we hear what the younger generation has to say when they see something from our generation. Sometimes, we have no idea what they are talking about but at other times, it just makes us feel old.

If you were to ask somebody young about leg warmers, VHS tapes, Atari or a Walkman, you would probably get a blank look from them in return. That is especially true when it comes to floppy disks, something that disappeared quite some time ago. It is still used today in some cases as the universal save icon on computer programs, but when a youngster saw the icon in Microsoft Excel, they saw it as a vending machine. 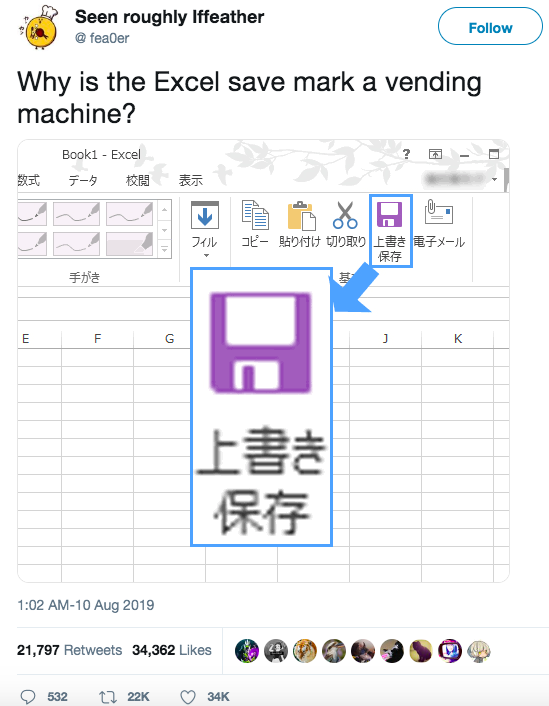 We all felt a little older when a Japanese child went on Twitter to post a picture and a caption: “Why is the save icon a vending machine with a beverage dispensed?” We might not even be all that old and now we are feeling ancient.

Even if you are a millennial, you likely remember a floppy disk from your youth and you certainly recognize the icon. It seems as if the change may be on the horizon, thanks to the reveal from the youth.

As you can see from Chris’ reply, there are many people who feel the same way. Some of us may have grown up using floppy disks in the early days of computers, perhaps even remembering the days when we would receive a free AOL disc in the mail.

It’s obvious that this Japanese youth and many other children have never seen this type of disc before. Why in the world would they think of it as being a vending machine? It doesn’t make sense until you see a Japanese vending machine for yourself. 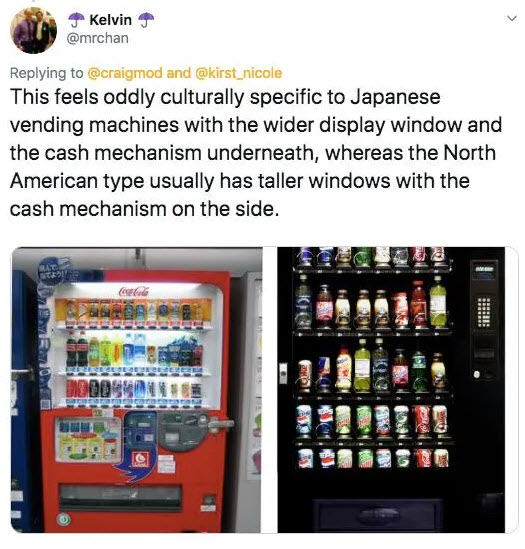 I tend to let things roll off my back and it takes a lot to get me riled, but this one shook me to the core. I still consider myself to be ‘with it’ but I’m about ready to retire to a corner in a rocking chair after seeing this.

There are also people on Twitter who don’t agree. “Just because younger generations won’t naturally know the context of the symbol doesn’t mean that they don’t know what it means now. It’s still useable and it’s become a fun bit of history in the future. Quite honestly it would be sad to see it disappear!” one person wrote.

Others say that it would be confusing if the floppy disk icon disappeared but there was at least one person who felt it was time for change: “I guess it’s more important for current and coming generations of users to see a symbol that they can relate to without having to study computer history.”

More than likely, we don’t feel nostalgic when we save a document but perhaps we should. Some of the youngsters in society may be ready to give up the floppy disk icon but many of us feel that it has a few good years of life left in it.