Footage of San Fransisco After the Big Earthquake of 1906

It’s hard to imagine today just how devastating the 1906 Earthquake was to the city of San Fransisco. Whole city blocks were wiped out, massive fires raged through the city for days, and a huge portion of the city’s records were lost forever. Photographs of the era show families cooking outside after the stove ban, and buildings leaning precariously after having been nearly demolished by the quake. 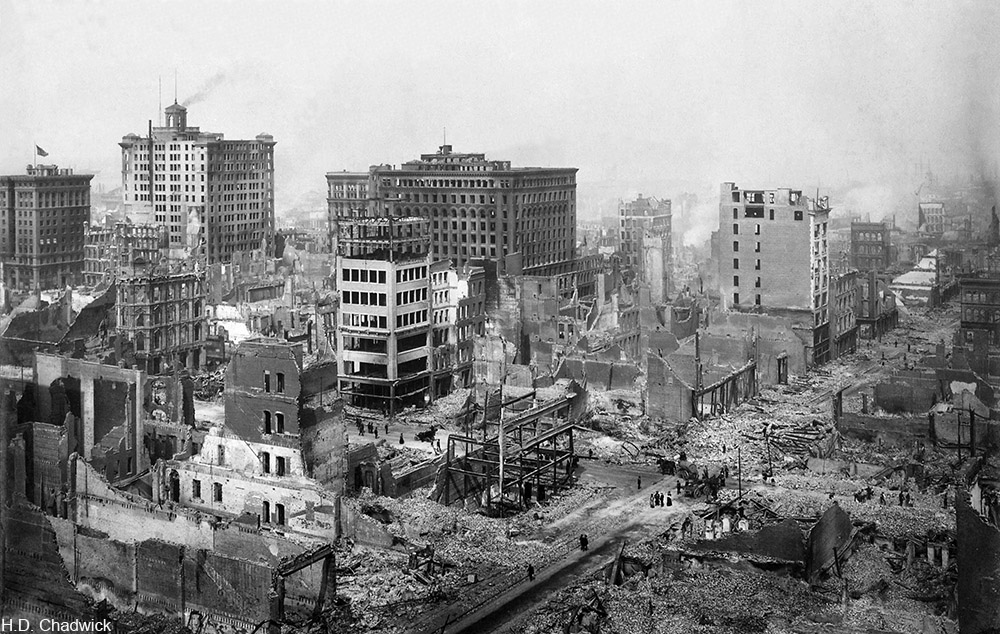 Another way to get an idea of the extent of the damage is through film footage of the time. While it’s a bit rough, this early motion picture footage gives us an idea of just how confusing and hard it must have been to navigate the city with many of the familiar landmarks conspicuously absent.

Have a look at the crude, yet telling, footage of the city in 1906 in the video below.