The Fascinating Story of the Real Betty Boop

Betty Boop has been the subject of many an animation. From her first appearance in the heyday of jazz to her beloved place in modern entertainment, Betty Boop has been a favorite of both children and adults for decades. She went from salacious Depression era settings to the more light hearted image she has today and has won the hearts of millions. But, the ditzy cartoon character actually has quite a murky and fascinating past. 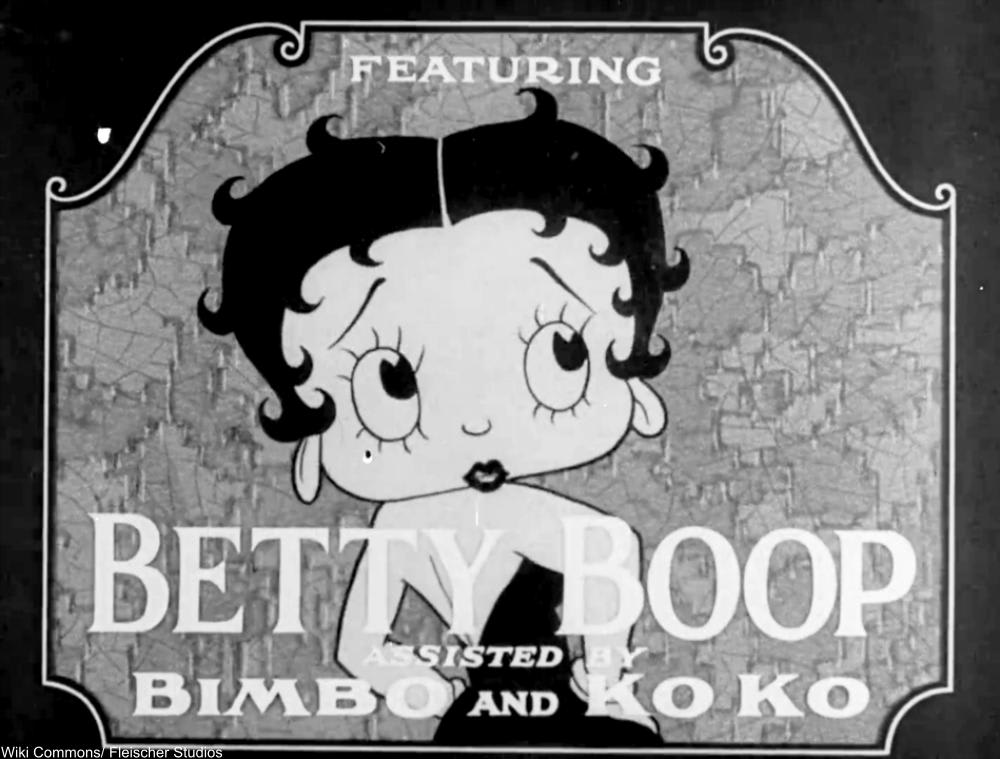 The character began her long career in the short Dizzy Dishes released in 1930 from Fleischer Studios. Betty Boop appears here as a dog, with a canine nose and long, droopy ears. This explains why in later cartoons her boyfriend, Bimbo, is a dog despite the fact that she is depicted as a human, her long ears transformed into earrings. This fact was rectified after the Hays Code of 1934 prohibited the romantic pairing of a human and an animal in film. But, even in her first cartoon, Betty Boop has her signature black curls and baby talk voice.

In Dizzy Dishes she’s shown performing in a nightclub amongst a bevy of oddball characters and anthropomorphic objects. The night club resembles the famed Cotton Club in New York and this fact comes into play later on in this fascinating story. 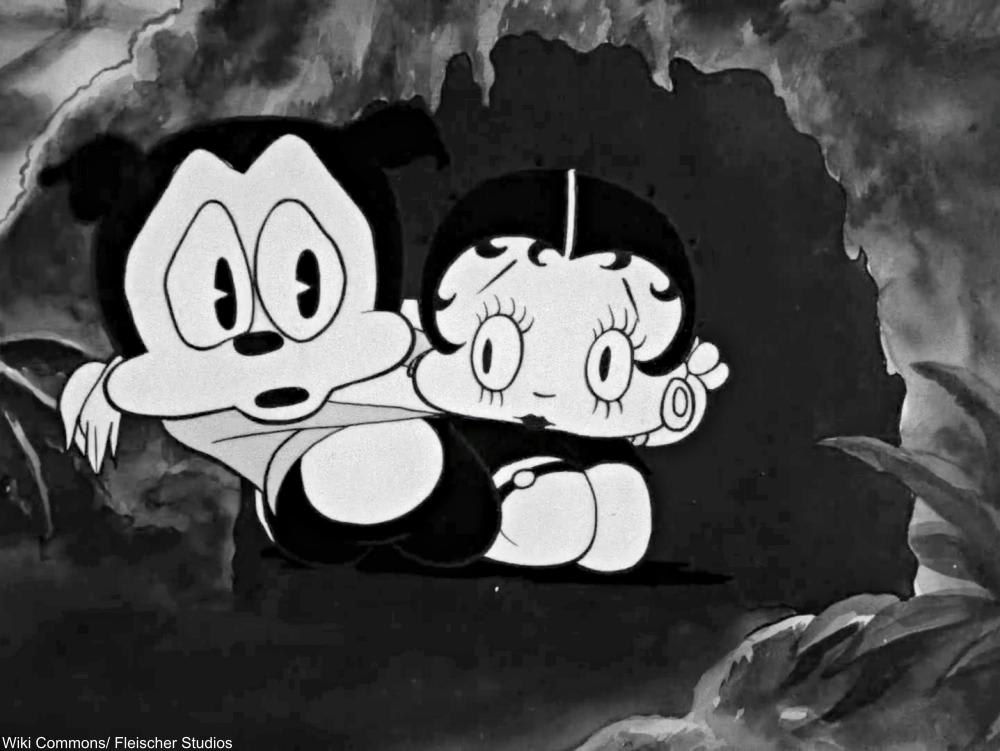 By 1932, Betty Boop had become human and she also was doing a fantastic job of lifting people’s spirits in the midst of the Great Depression. Often depicting scandalous situations, some have argued that Betty Boop was never meant to become children’s entertainment, but was strictly for the adults.

Cartoonist, Max Fleischer, was thought to have based the character on another famous performer of the era: Helen Kane. The nightclub performer would go on to have tumultuous career on Broadway, radio, TV, and film, but would never win the official title of having been Fleishcer’s inspiration.

In a lawsuit that lasted from 1932-1934 Kane was given no compensation or acknowledgement for Max Fleischer’s Betty Boop character. His council had argued that Betty Boop had started out as a dog and was never even intended to be a likeness (or even a regular character) – and they had won the case. 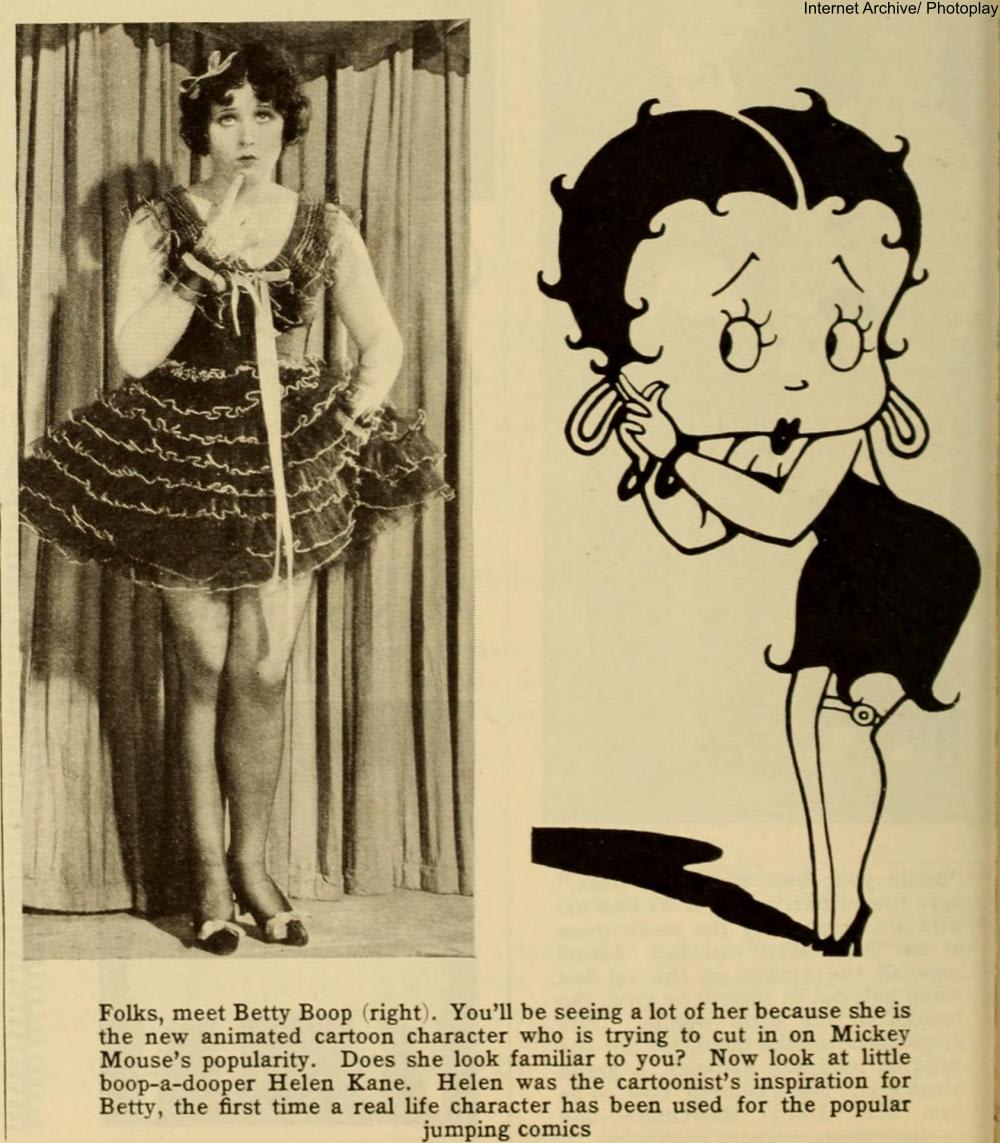 Helen Kane depicted alongside Betty Boop at the start of the trial. Via/ Internet Archive

Helen Kane went on to perform in her famed Boop style, as well as a more universally appreciated standard style. But, many now believe that Kane’s character, with baby talk and signature lines, was actually based on another performer.

Back at the Cotton Club, which opened in 1922, the performers on stage were to become some of the most well-known African American musicians of the era. The name harkened back to the cotton fields of the South and sadly the entertainment was intended only for white audiences. It’s here that a young sensation named Baby Esther (not to be confused with Little Esther decades later) made her debut, using the Boop style that made risqué lyrics suddenly acceptable, years before Kane was recorded doing so. 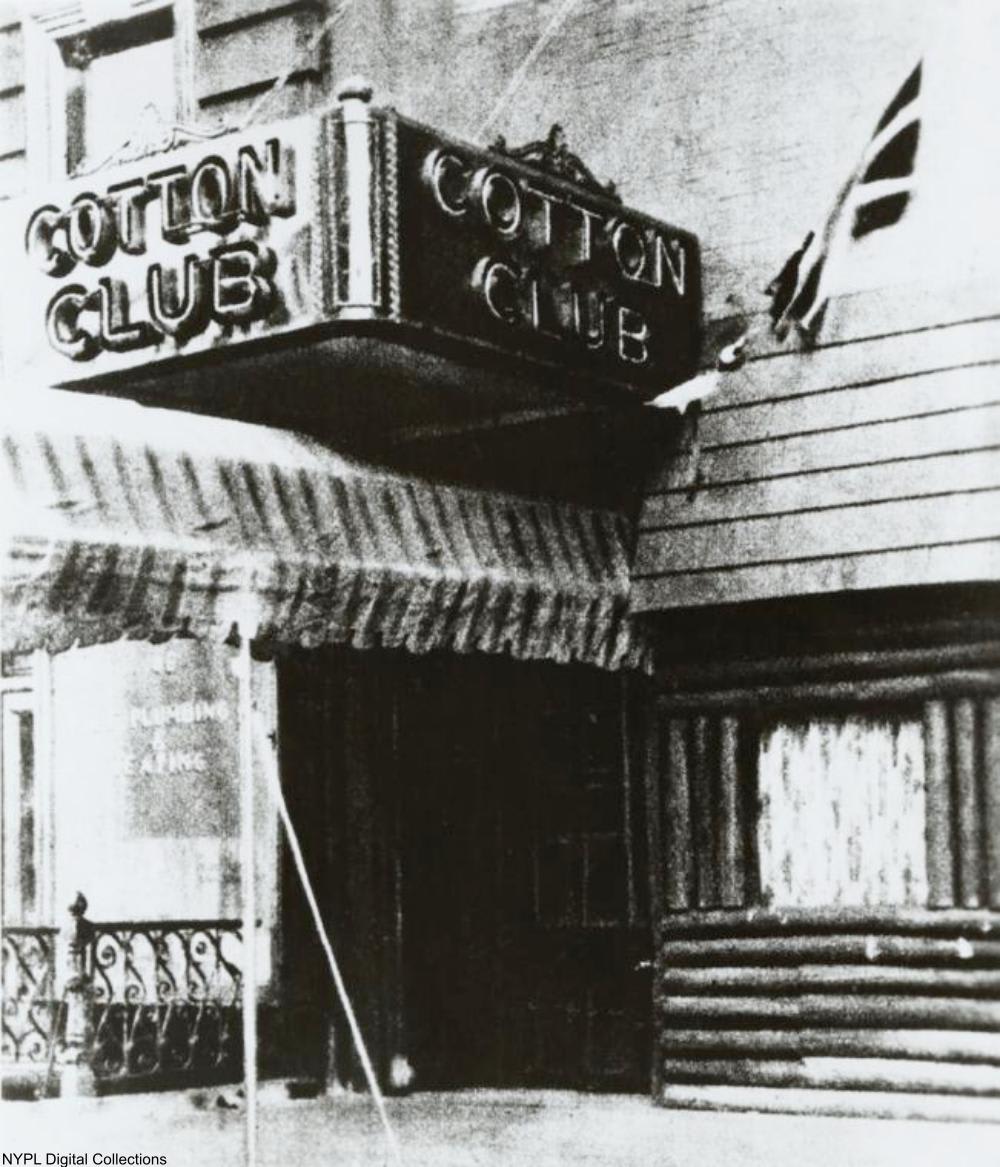 Baby Esther, AKA Esther Jones, AKA Gertrude Saunders, was quite popular in 1920s Harlem and even went on to become a showstopper in Paris, dubbed the next Josephine Baker! However, she faded from prominence and little is known about her life overall.

There are some who say that there was a long tradition of this baby-talk Boop style in Vaudeville, but few records from the era exist which would prove or disprove these claims.

Did Fleischer see Baby Esther perform and never admit it, fearing another lawsuit? Is that why the night club in Dizzy Dishes looks like the Cotton Club? Did Helen Kane and Baby Esther take their inspiration from what was a long-standing Vaudeville tradition? We may never know the answers to these questions. 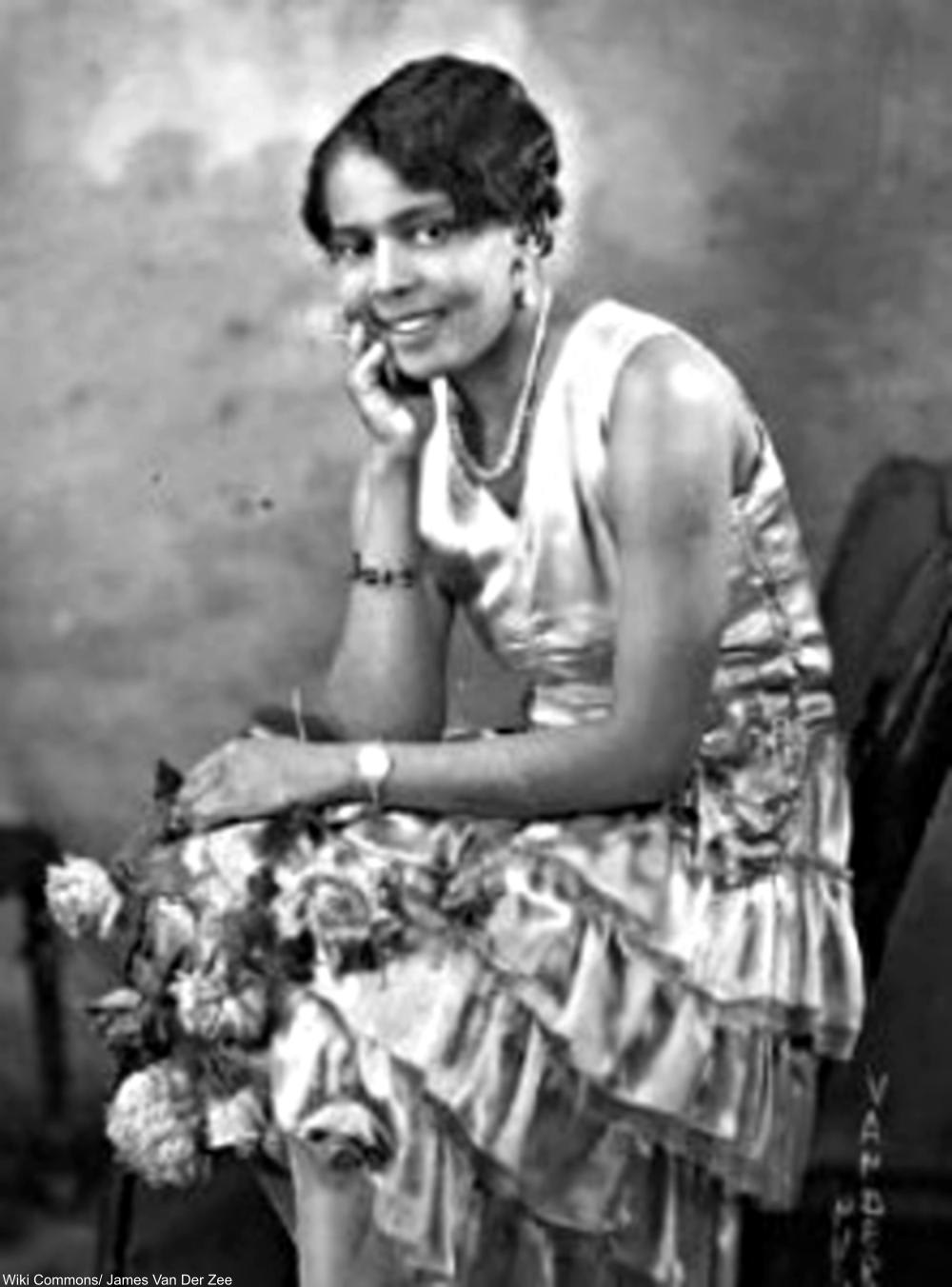 It was this murky history which led to the outcome of the Kane-Fleischer trial. Helen Kane may not have invented the Boop style, but if she didn’t create it then she certainly couldn’t sue Fleischer for compensation or the rights to Betty Boop.

The real characters behind Alice in Wonderland: Click “Next Page” below!