“Raccoon Dogs” Have One Small English Village on Edge

Police in Nottinghamshire, UK, have released images of what is an unusual animal on the lose in their area. Police say there have been sightings of the elusive “raccoon dog” and residents aren’t at all pleased about this development. 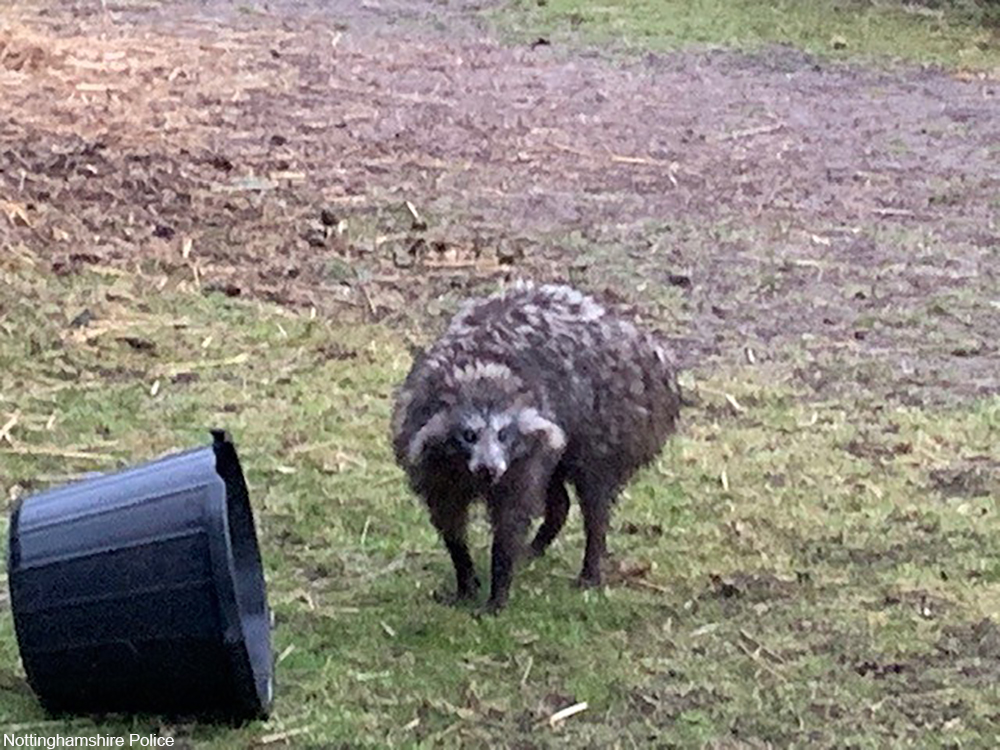 While these mammals look somewhat like raccoons, looks can be deceiving. They are actually small canines that originate from Eastern Asia called Nyctereutes procyonoides, but they have a special name in Japan: tanuki. Much like the fox, in Japanese folklore the tanuki is shapeshifter and a prankster. While foxes are often considered mysterious and having magical powers, the tanuki is a more lighthearted character in Japanese fairy tales. 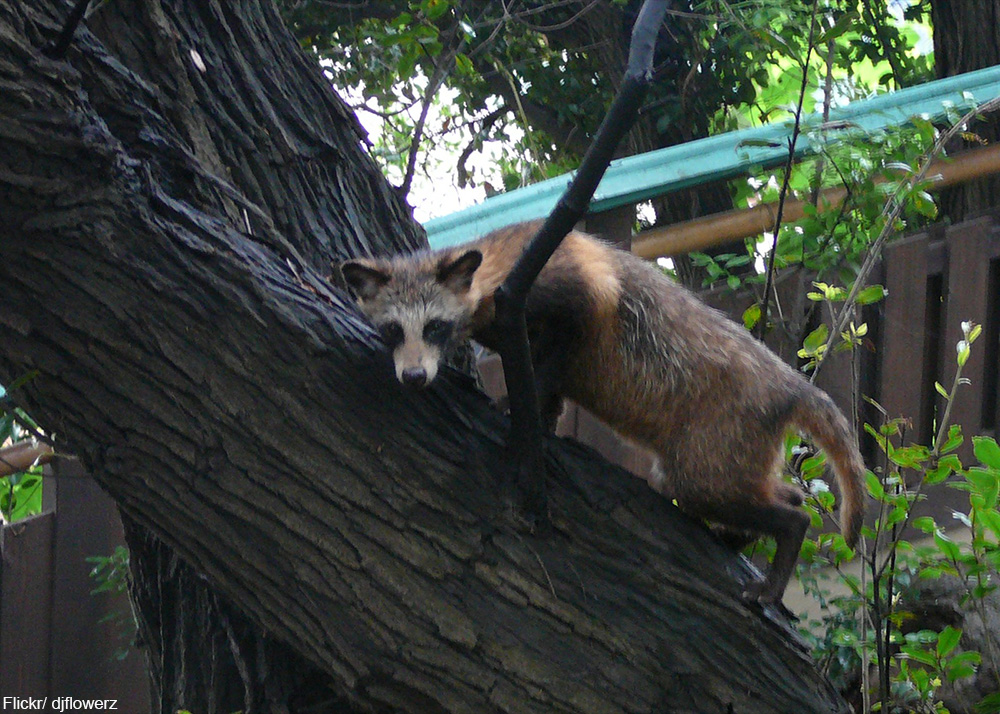 Many things make this animal special without any sort of magic stories: they are monogamous and can climb up trees. There are only a few domesticated dog breeds that can climb trees and one known tree-climbing fox (the grey fox). 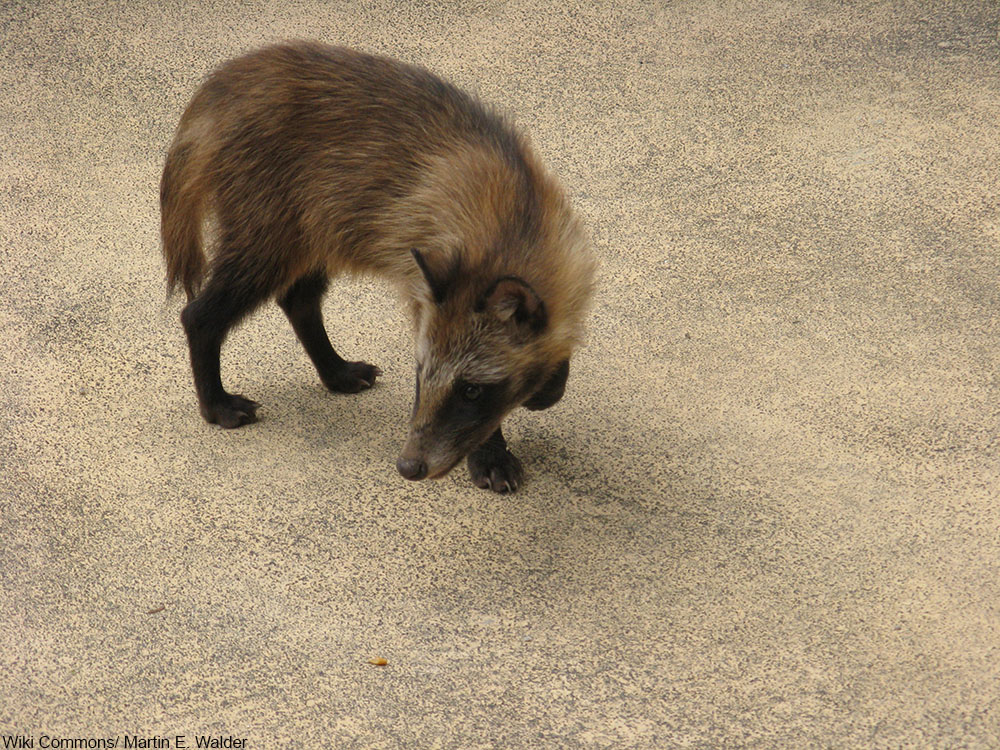 Tanuki in Japan. Via/ Wiki Commons

The two raccoon dogs that have escaped in Nottinghamshire are probably a breeding pair and have been causing a ruckus, getting into trashcans and generally scaring the residents who had never seen an animal like this before. Foxes are common in the UK, but the raccoon dogs escaped their enclosure and are not domesticated at all. Police have warned residents to not approach the animals as they are not in the least bit tame. 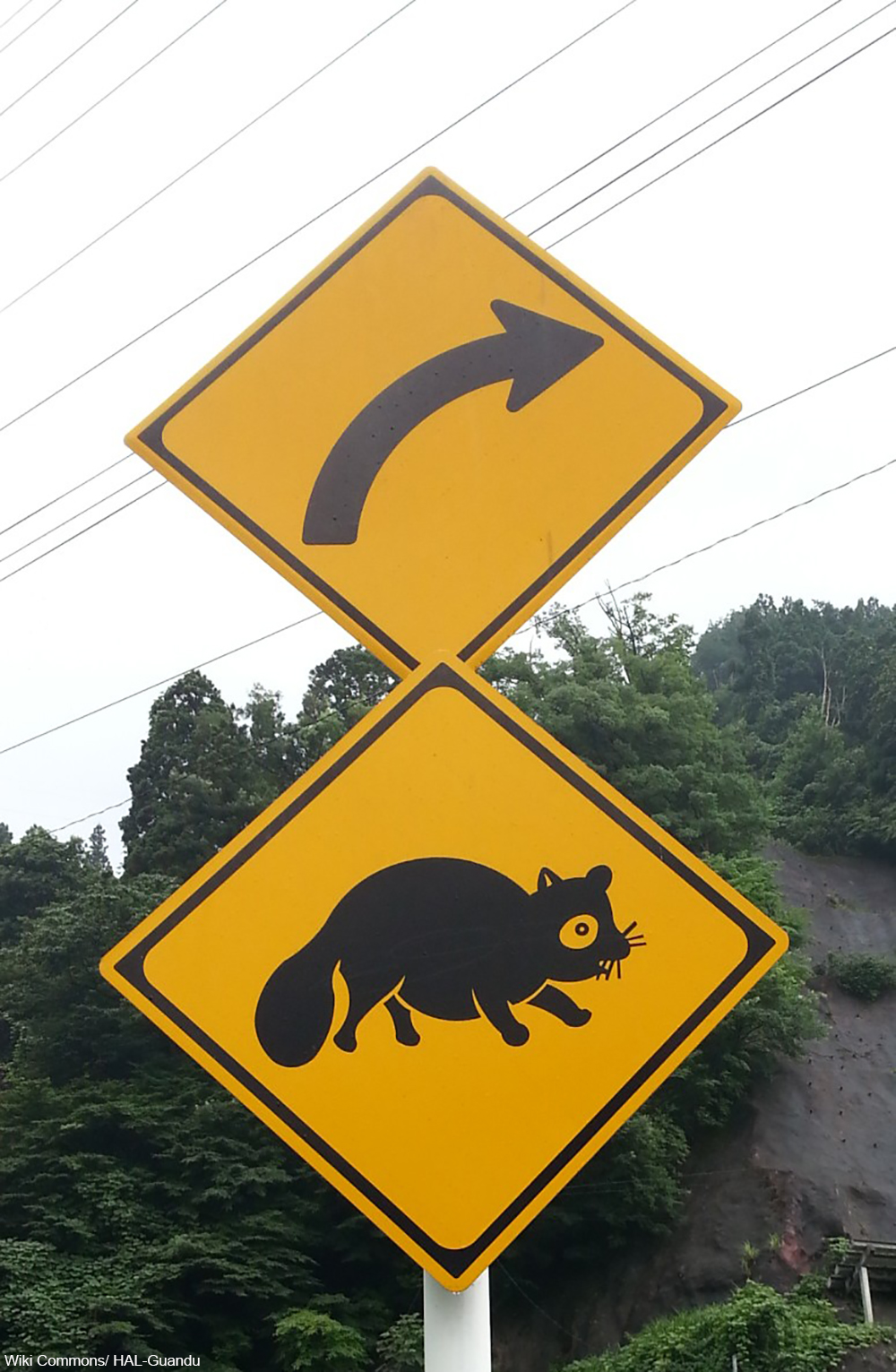 These animals change appearance with the seasons, fattening up for winter as in some areas they hibernate for the cold season and are the only canines to do so. Not surprisingly, the coat of raccoon dogs also changes color and thickness with the seasons. Since they are omnivores, we can imagine there’s been quite a bit of trashcan raiding going on with these two escapees. No word yet on who owned them or why, but they are certainly not native the England.

So far the two have gotten into standoffs, one which lasted for hours when a pet-owners attempted to shew the raccoon dog away from their goat and pony, all while the raccoon dog was hissing and being defensive. These animals can make some unusual noises, rather like foxes screaming, so it’s no surprise that they have been hissing at local residents.

Man thought he was going crazy until he secretly filmed his animal "helper" at night: Click “Next Page” below!