The Sentimental Objects That Queen Victoria Demanded to Be Buried With

The Victorian era was hugely influenced by the actions of Queen Victoria, who at the time set the trends for Christmas trees, for fashion and appearance, and most notably for how she mourned her beloved husband, Prince Albert, when he died in 1861 after 21 years of marriage. The queen grieved him the rest of her life, which turned out to be very long. When she died in 1901 at the age of 81 she had an extensive list of mementos she wanted to be buried with. 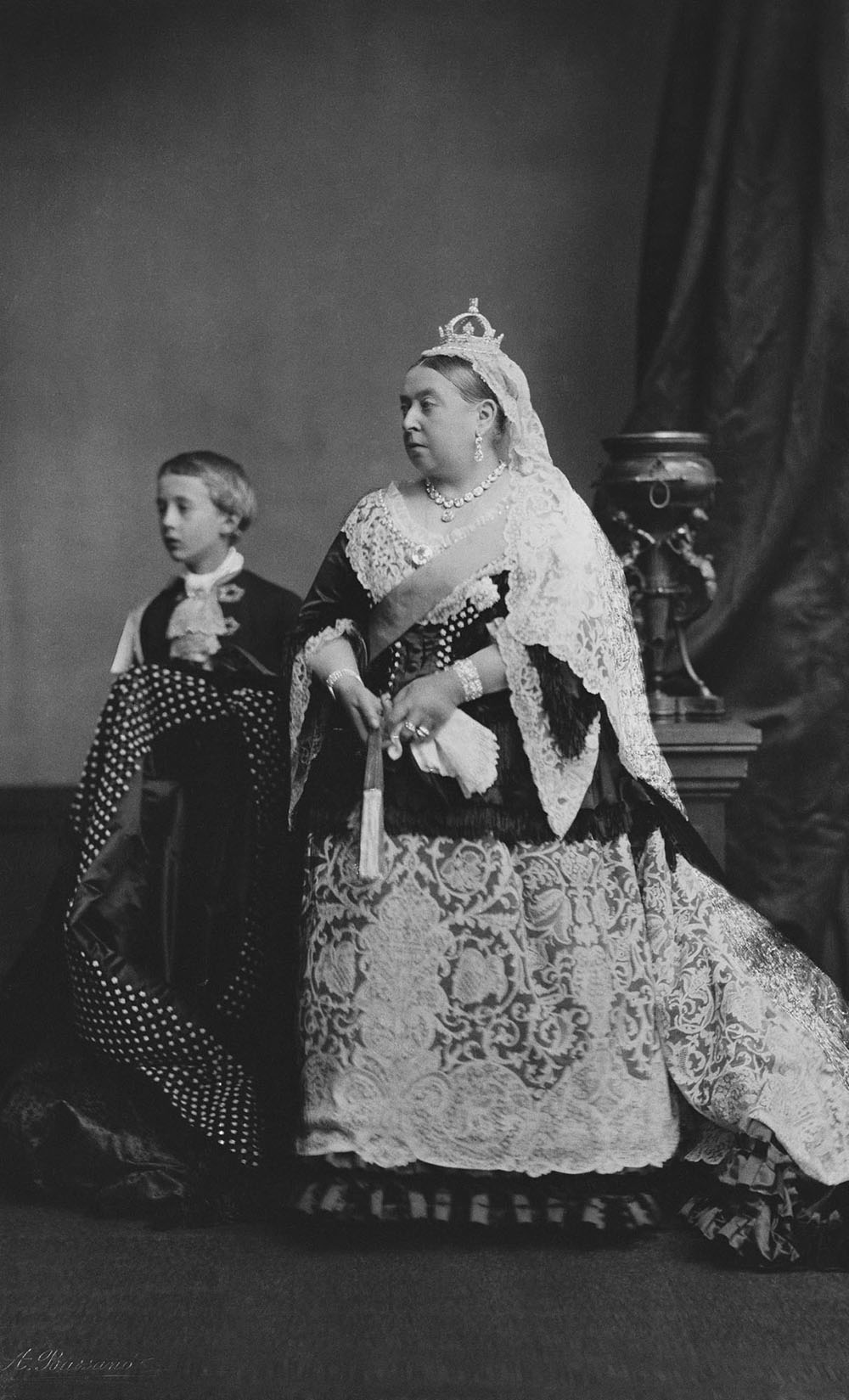 Queen Victoria in some of her jewels, pictured with her royal page in 1882. Via/ Wiki Commons

Queen Victoria was an extremely sentimental person and her final requests reflect that. At the time the monarchy was much more powerful than today. Being buried with a huge quantity of items was followed through, no matter how laborious or costly it was.

The queen wanted to remember her late daughter, Alice, by having the elaborate cape she had made for Prince Albert placed in the coffin. Victoria had a troubled relationship to her offspring and for most of her life, Alice had been the closest to her mother, for a time that is. Princess Alice died in 1878 from diphtheria, but her marriage and strong political beliefs set the queen at odds with her daughter.

Alice was the first of Queen Victoria’s daughters to die and the grief only added to the queen’s many sorrows. 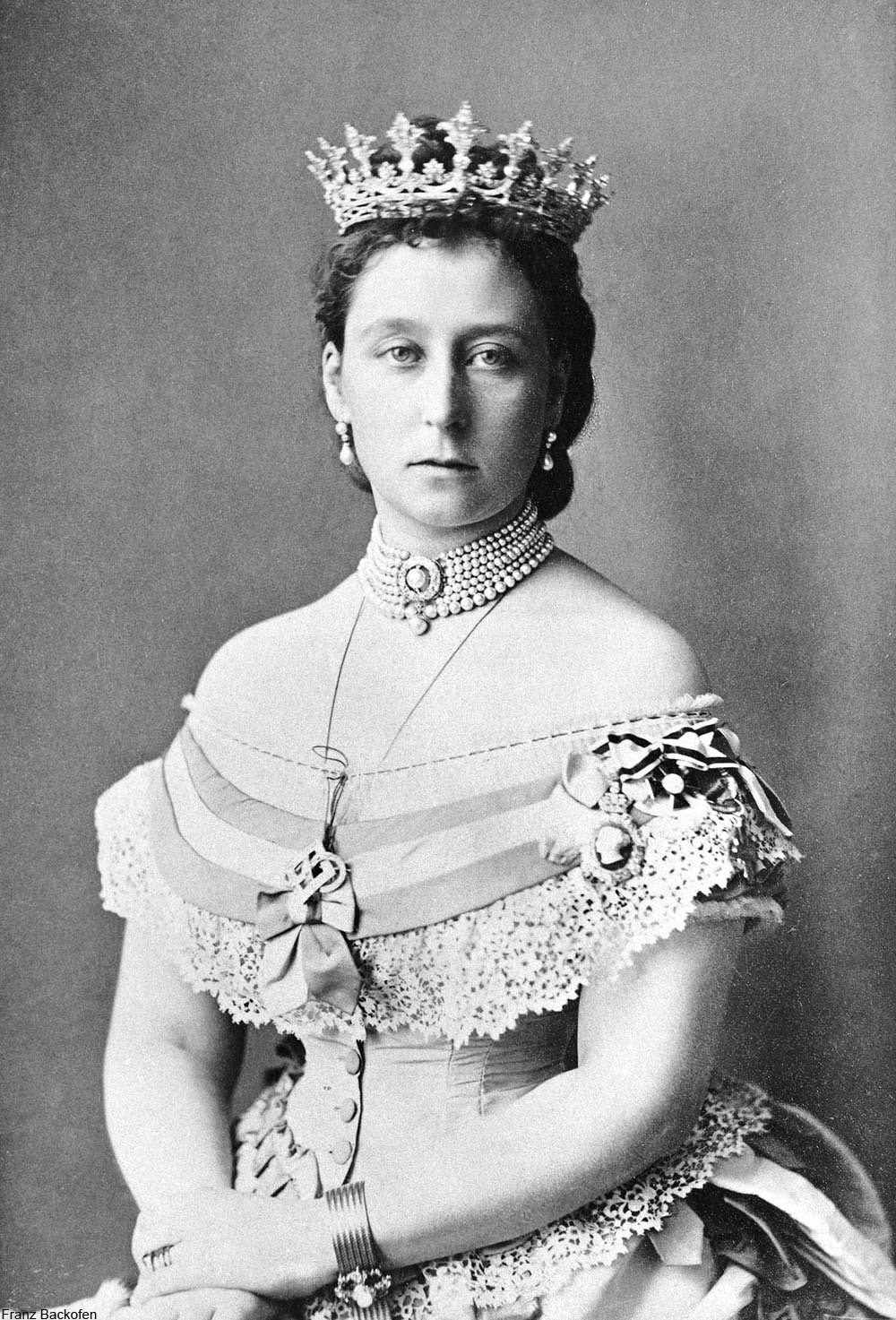 The queen requested that she be buried in the lace wedding veil she wore when she married her German cousin, Prince Albert, in 1840. The wedding, and her white dress, set off the trend for brides wearing white gowns with veils- something we still follow today!

Despite having worn black for the last 40 years of her life to signify her mourning, the queen wish to wear her veil possibly symbolized the end of her grief once and for all. This was furthered by her request for a white funeral where attendees were not to wear the color of mourning so common in Europe, but instead wore white clothing. 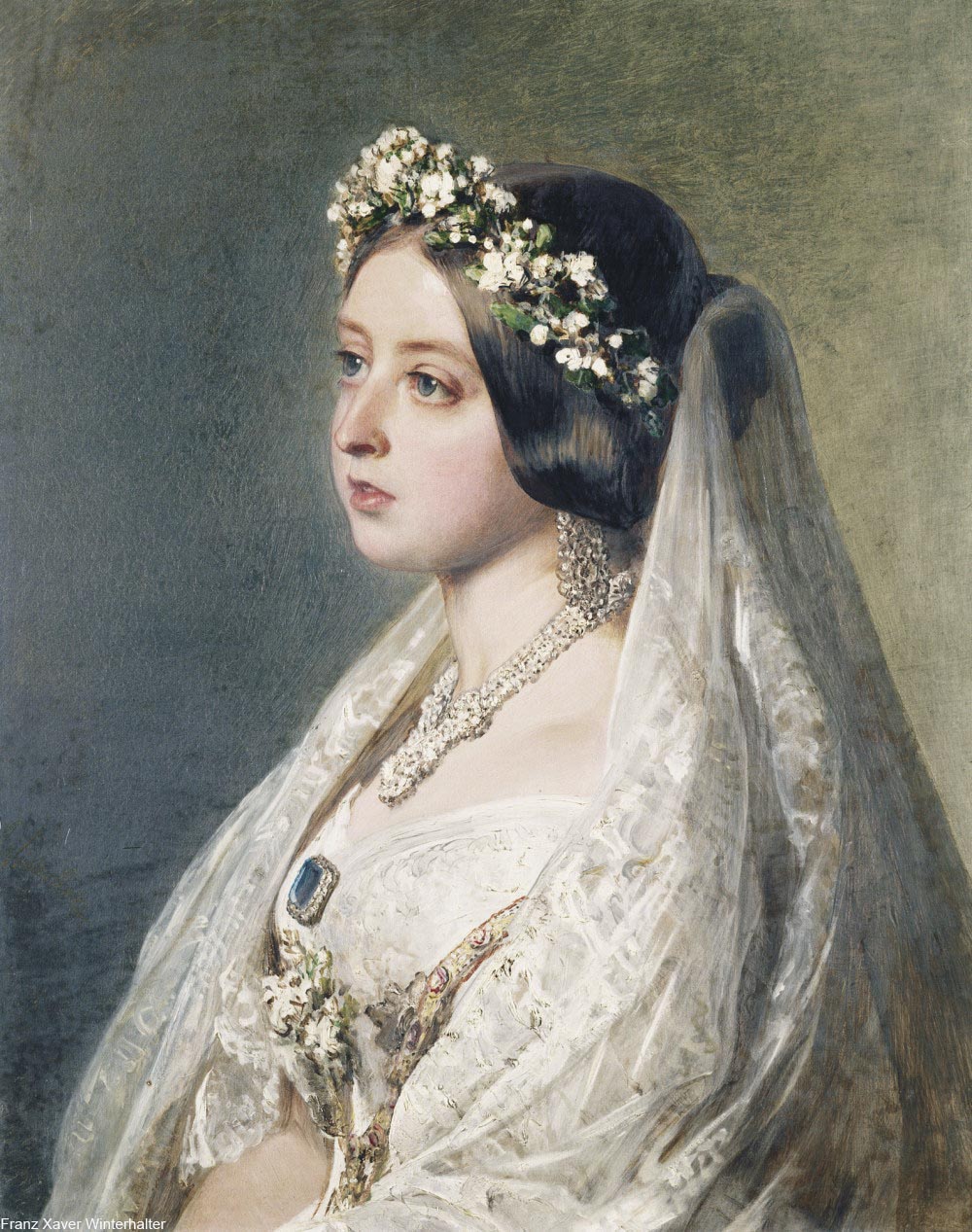 Painting of Queen Victoria in her wedding attire. Via/ Wiki Commons

Queen Victoria also wanted a plaster cast of Prince Albert’s hand to be buried with her. She had slept with this plaster cast by her side since his death and she was not about to surrender it simply because she died. The royal coffin also included one of Albert’s dressing gowns. 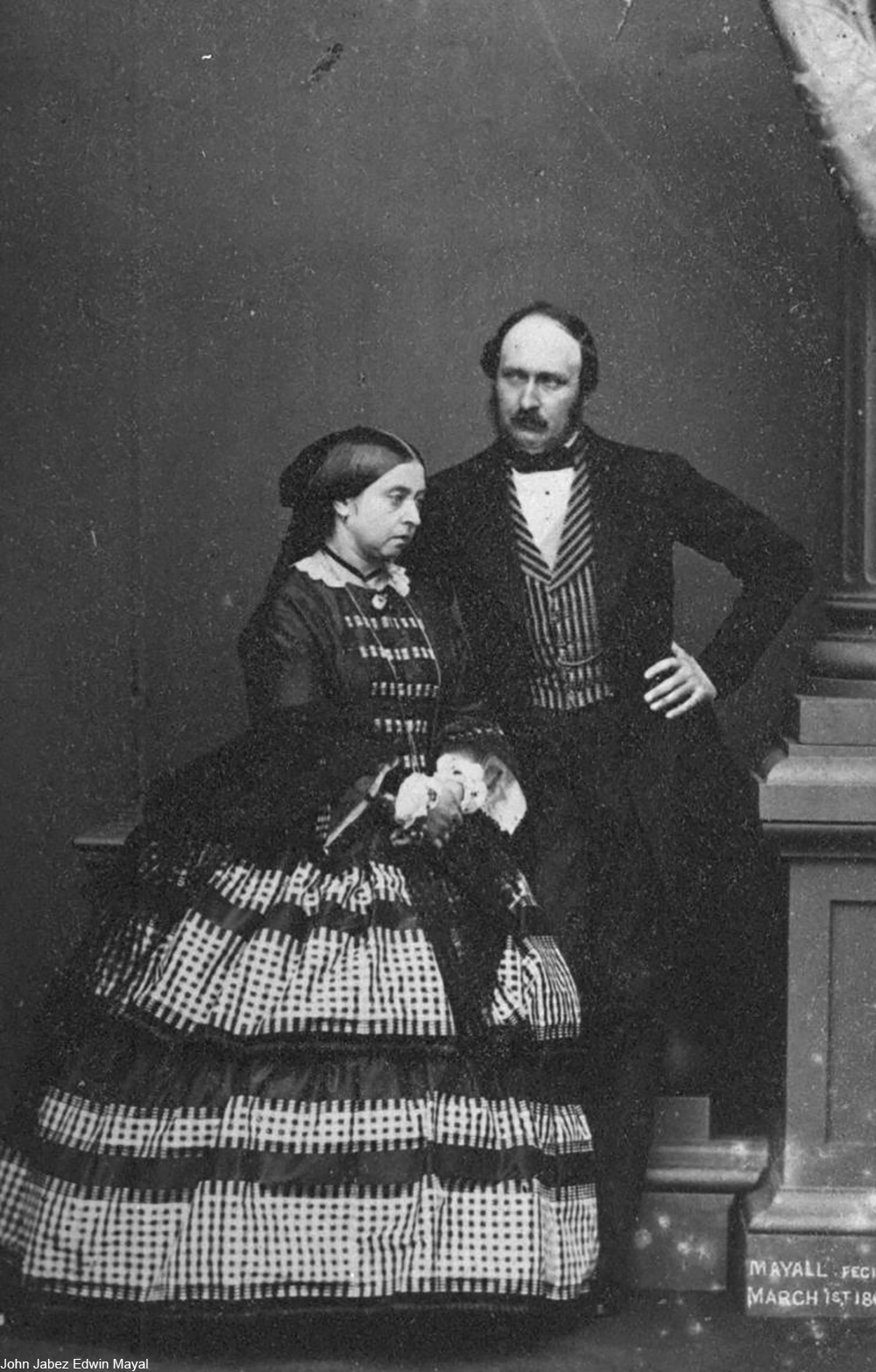 Queen Victoria and Prince Albert in early 1861- 9 months before his death. Via/ Wiki Commons

The monarch also wanted tokens of her faithful servant and suspected lover, John Brown, to be buried with her. Brown died in 1883 while still in the service of the queen, the two having spent a great deal of time together following Albert’s death. Victoria wanted to be buried holding a photograph of Brown. 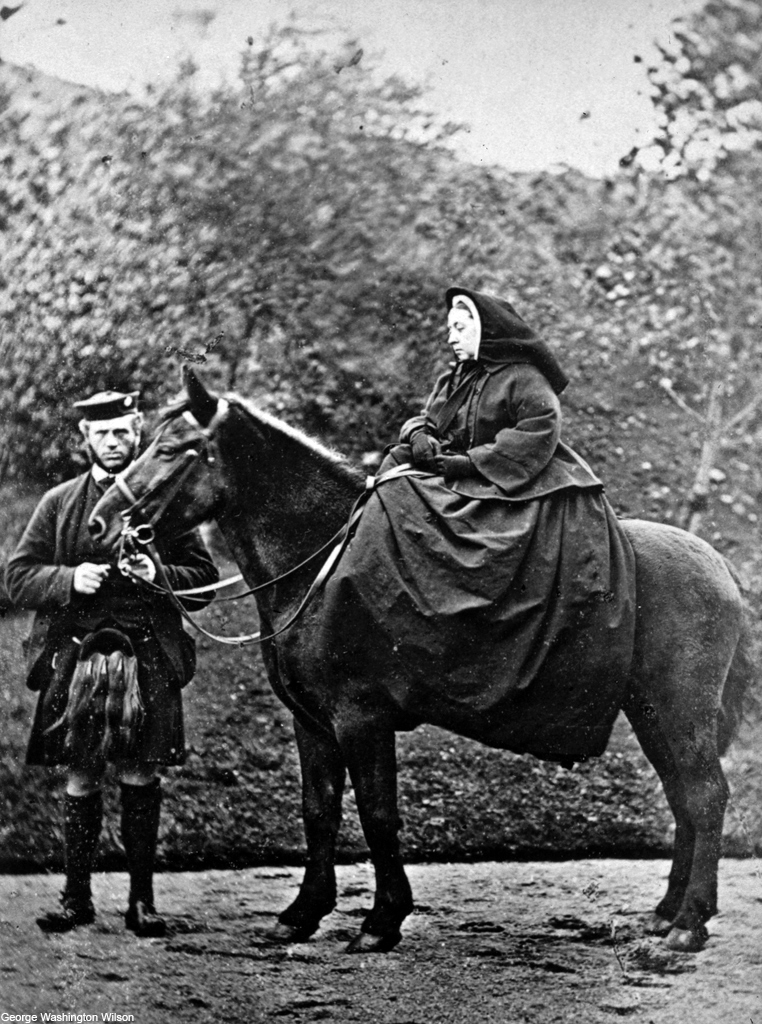 John Brown and Queen Victoria in 1863. Via/ Wiki Commons

The queen’s doctor, who prepared her body, was instructed to place a photograph in her hands and it was not Prince Albert’s. Instead it was a portrait of John Brown that she wanted to be buried with. The nature of their relationship was controversial, with many believing to this day that he was her second true love.

The doctor hid the photograph under a bouquet of flowers and it is said that under the bouquet was also a lock of Brown’s hair.

It wasn’t only the photograph that the queen wanted in her casket. She also requested that a second wedding band be placed on her opposite hand, presumably as reference to her love of John Brown which could not be celebrated publicly. 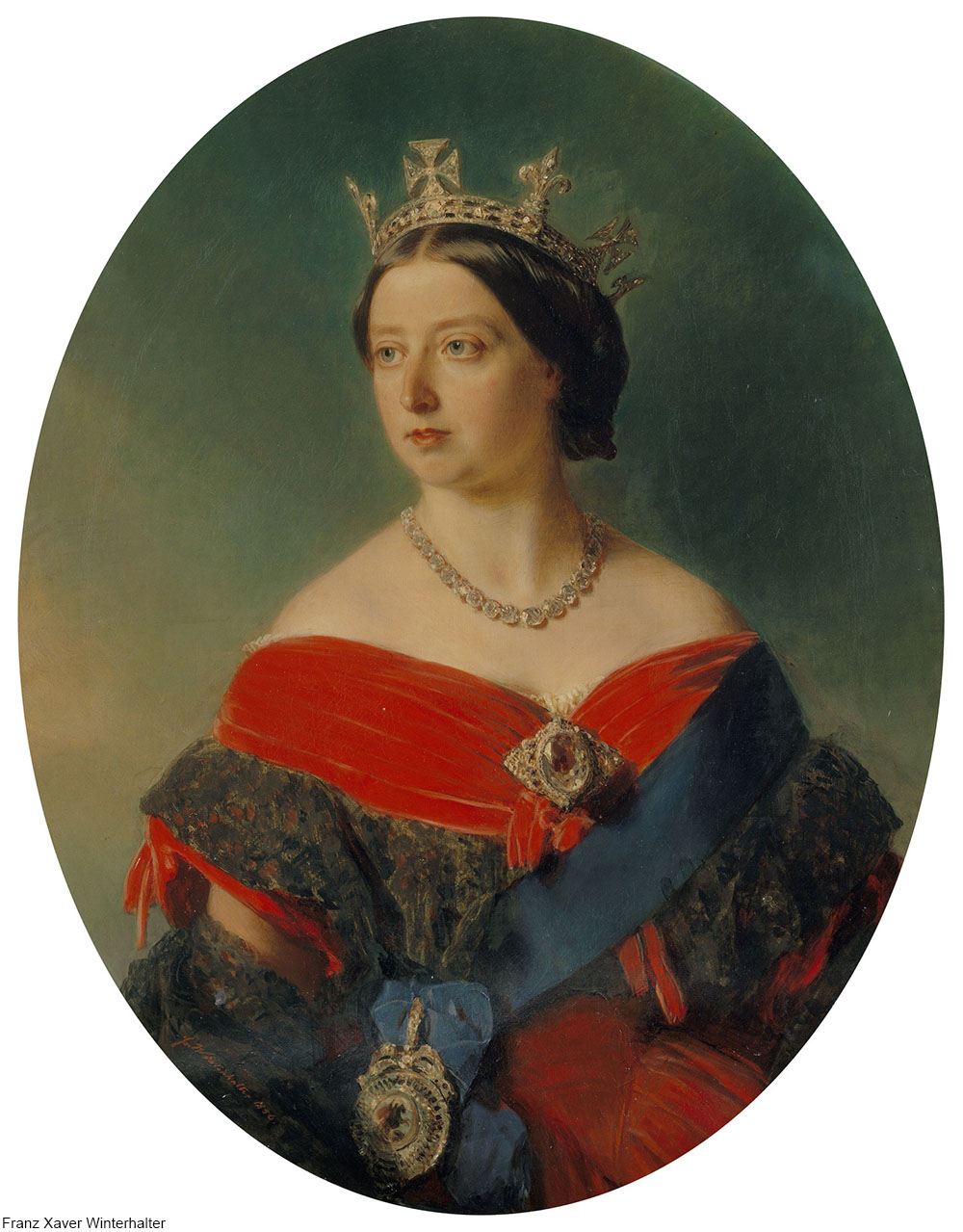 Young Queen Victoria wearing some of her many jewels. Via/ Wiki Commons

The monarch also required that as much jewelry as could fit on her body be buried with her. This meant that she went to her burial with rings on very finger, bracelets stacked up her wrists, and her neck layered with necklaces. It’s hard to imagine essentially throwing away that much valuable jewelry, but back then the queen’s command was law.

A Symbol of Scotland

The final thing that the queen wanted to be buried with was a small bouquet of Scottish heather, an ode to her beloved Scottish castle, Balmoral (and quite possibly the secluded time she spent there with John Brown). 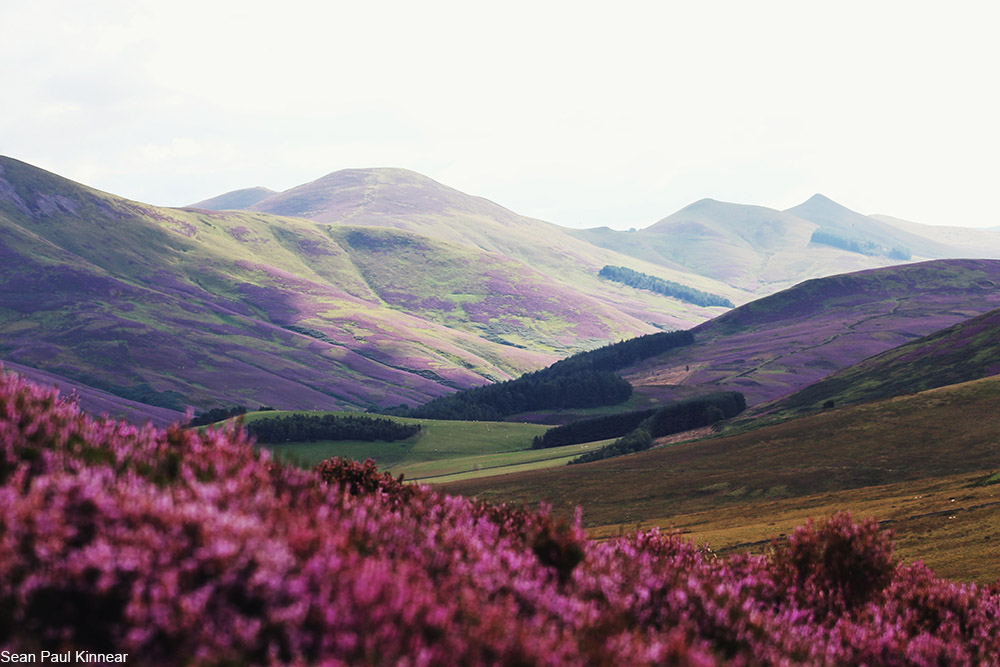 The queen’s body was laid to rest alongside Albert’s in a mausoleum at Frogmore House, an estate with great significance to the royal family.

As England’s longest serving monarch at that time Queen Victoria’s death signaled the end of an era and throngs of mourners lined the streets to see her cortège, as can be seen in the footage below from 1901.