Ancient Greece has long been a source of wonder for the world. The culture that grew around early Christianity, Greek mythology, and early Democracy continue to shape the world we live in today. Long before the Greek society that created senators and philosophers, there was a thriving ancient Greek culture during the Bronze Age. Now, 2 tombs from the era have been discovered in Pylos, Greece, and they must have been special because they were lined in gold! 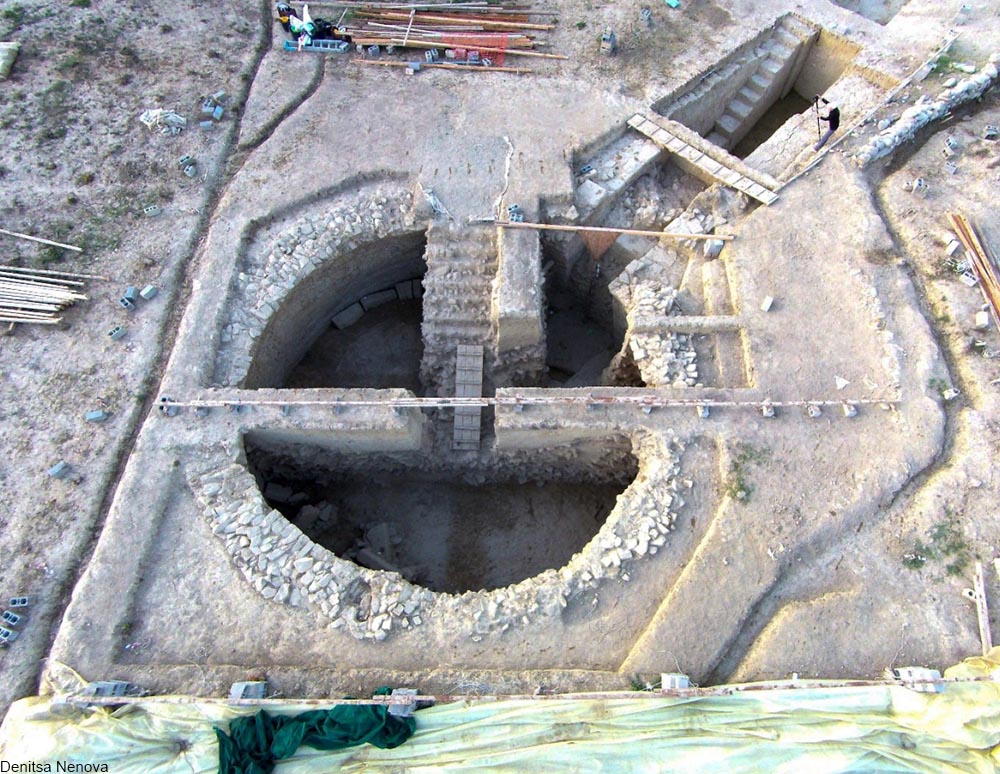 Via/ University of Cincinnati

The 2 tombs are constructed in stone. Each round tomb is comprised of several chambers, as well as a rectangular entrance area. Inside the tombs, archaeologists from the University of Cincinnati found a wide variety of items, including gold ornaments, intricately-carved stone seals, rare gems, and human remains. The team spent 18 months examining the tombs, but have not yet come to a conclusion on the human remains as investigation of the bones is ongoing.

Tiny flakes of gold were found scattered throughout the tombs, leading researchers to believe that the walls of the these tombs were once lined in gold foil! For such a thing to be true, the tombs must have held the bodies of either a very wealthy family or perhaps even royalty. To find funerary items from the Bronze Age is not that common, but to find items of such splendor as gold objects and delicately-carved stones is highly unusual. 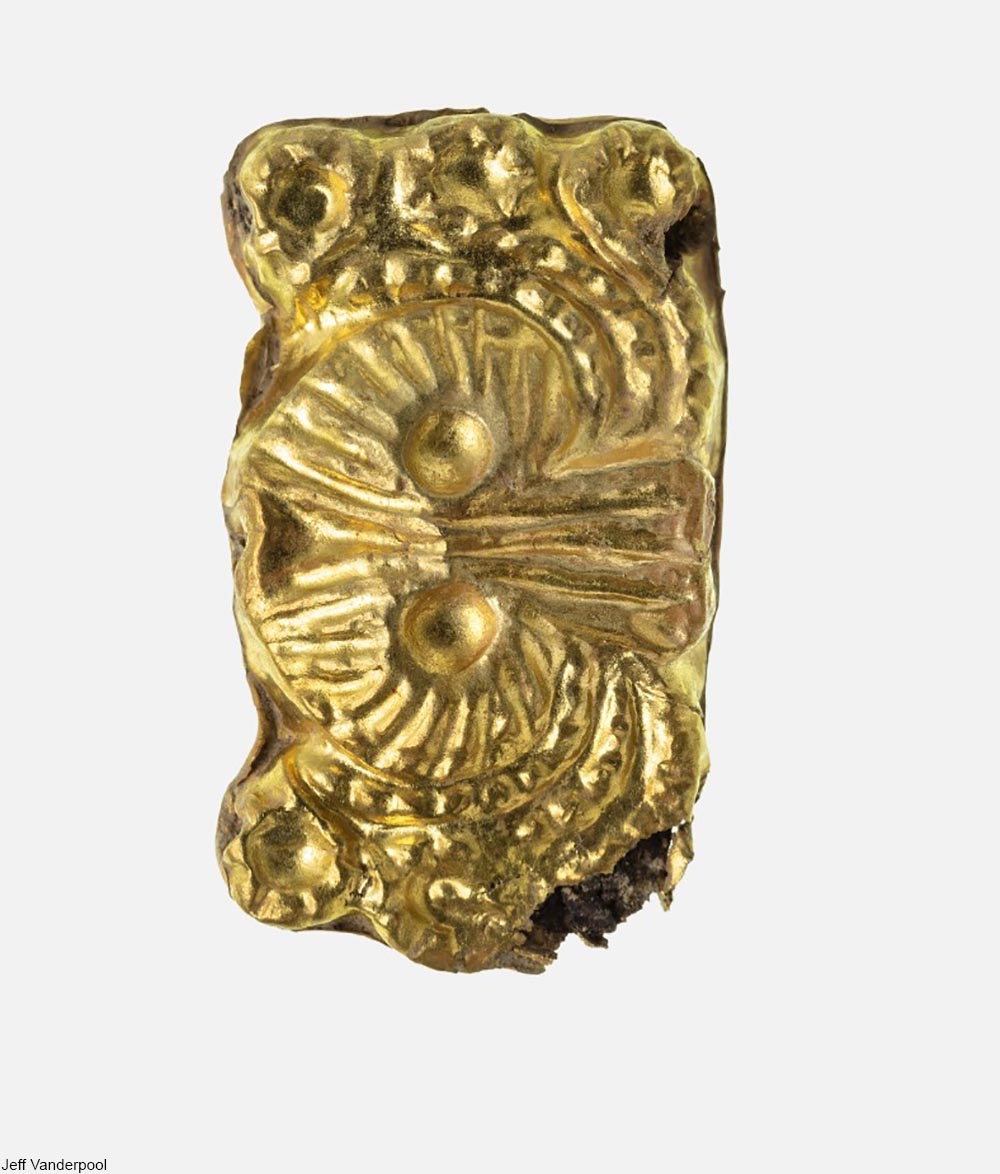 Depiction of a double argonaut in gold from inside one of the tombs. The argonaut is an octopus, the female of which secretes a paper-like shell reminiscent of a nautilus. Via/ University of Cincinnati

The tombs were found near the site of the so-called “Griffin Warrior”, a military leader buried with elaborate armor and weapons whose tomb was emblazoned with the image of the griffin, a mythological creature with origins dating back thousands of years.

Thieves could not enter the tombs because they were covered by 40,000 watermelon-sized stones. Each of the stones from the fallen tomb covers had to be removed by hand in order to safely study the area. The tombs are referred to as Tholos VI and VII. 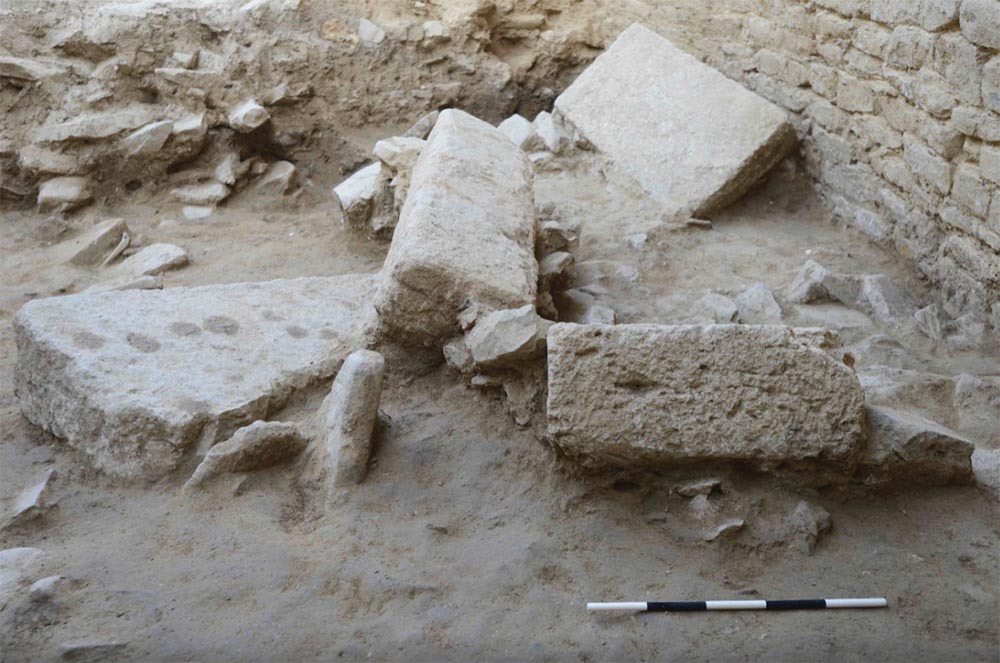 Via/ University of Cincinnati

The tombs are thought to be around 3,500 years old and near other in-ground tombs. The ancient graveyard is not far from the ancient Palace of Nestor. King Nestor was mentioned as the ruler of Pylos in the Odyssey by Homer, most likely written in either the 7th or 8th century BC. 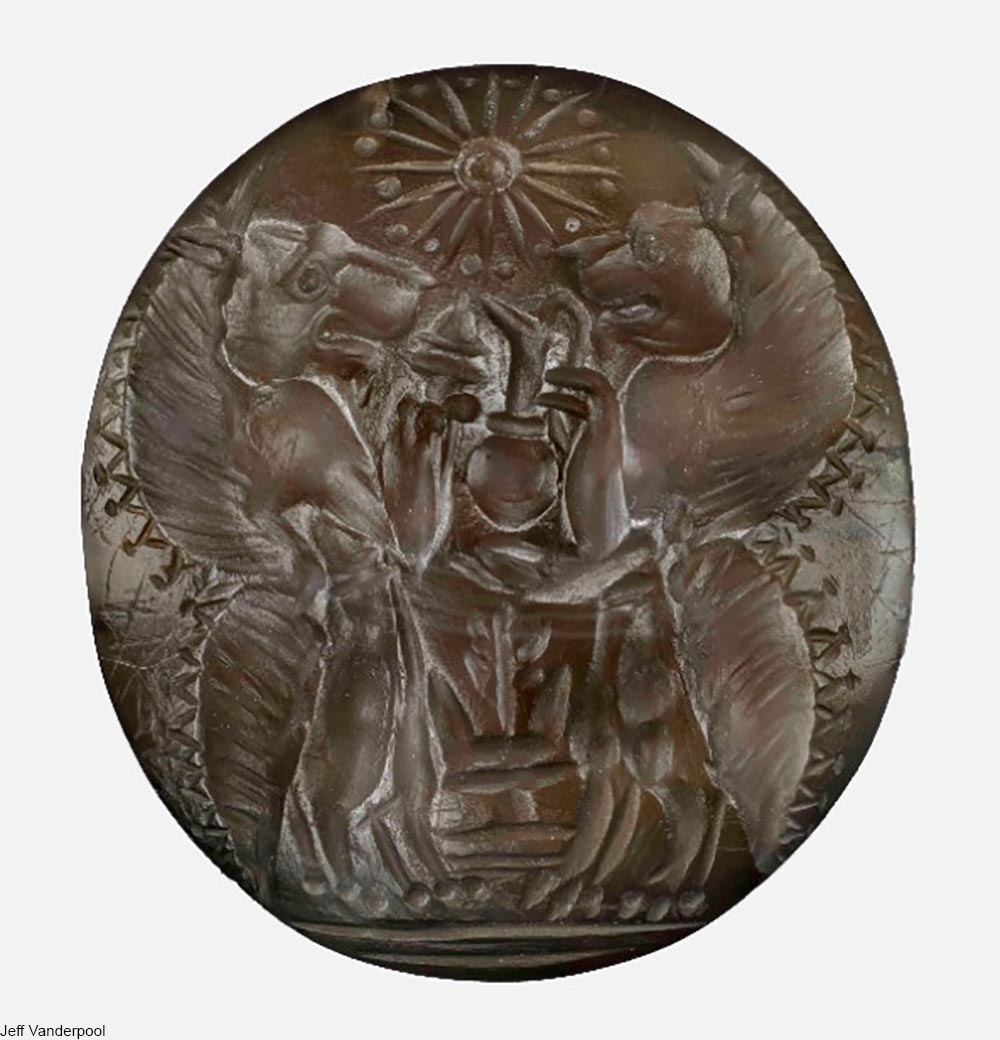 Sealstone depicting mythological creatures from inside the tombs. Via/ University of Cincinnati

Today Pylos is a rural area that is hard to access by land. However, the location of the tombs near the sea may explain why they were so majestic. In the ancient world, the trade and culture from trading via seagoing vessel meant that coastal cities were often extremely cosmopolitan. The placement of the tombs means they were right were the action was. Unlike in modern times, the area would have been an important center for trade.

The tombs were first discovered in 1939 by University of Cincinnati classics professor, Carl Blegen. However, he could not obtain permission from the property owner at the time to begin studying them and so the project lay dormant for another 63 years. 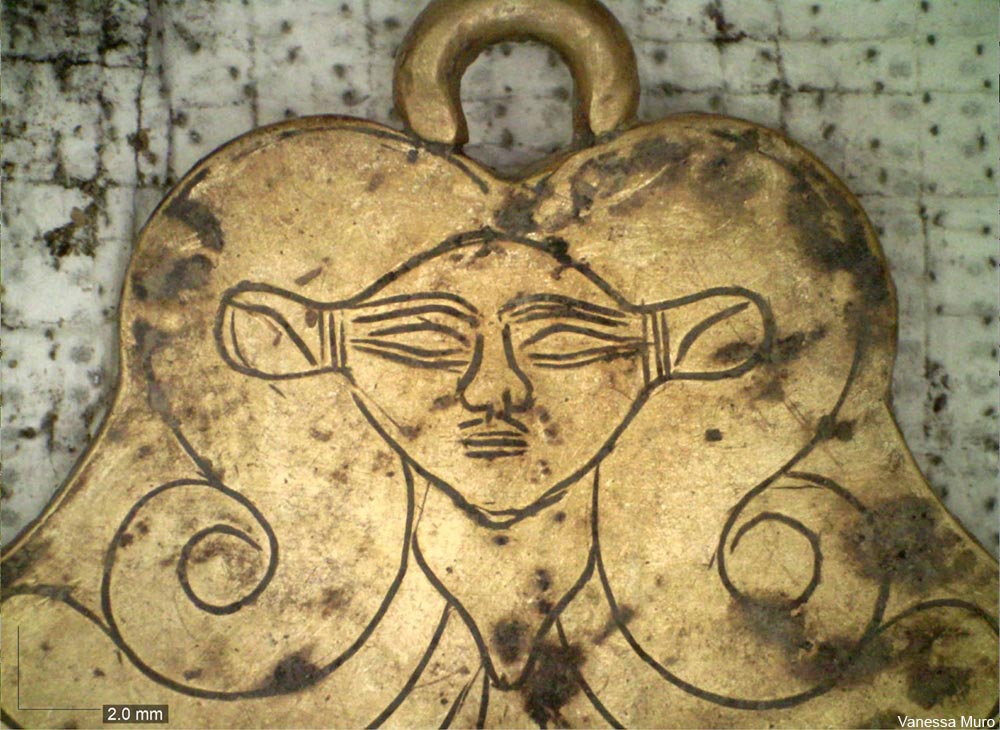 Gold pendant found inside the tombs depicting Hathor, an Egyptian goddess deemed the protector of the dead. Via/ University of Cincinnati

The tombs have been described as “princely” and royal in nature, and their proximity to the Palace of Nestor would lend credence to this assumption. However, none of the finds so far can conclusively prove the tombs contained royalty.