Most People Have No Idea Why the Poodle Skirt Became So Popular in the ’50s!

Poodle skirts have long been a symbol of 1950s Americana, but did you know they date back to 1947? The same year that Christian Dior unveiled the New Look, these iconic wool circle skirts also came into being. The look emphasized a small waist with voluminous skirts and/or petticoats. But, most people don’t know the real story behind why the silly designs of the poodle skirt became so popular. 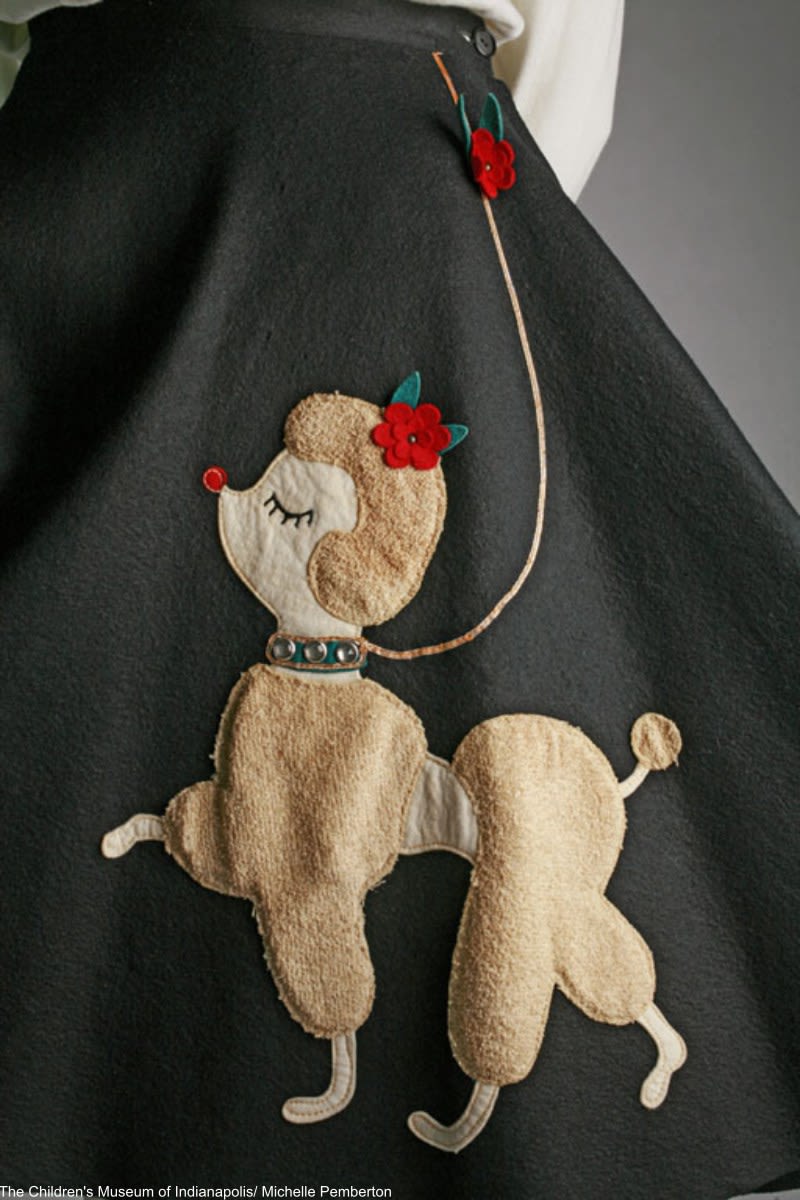 The original designer of the poodle skirt was Juli Lynne Charlot who, in 1947, wanted to create a holiday skirt for herself but had little in the way of sewing skills.

In an interview from 1953 she described herself from the winter of ’47 as being broke, frumpy, and unable to sew very well. What she came up with required only basic cutting and sewing. Charlot cut a large circle from a piece of wool felt and then cut another smaller circle in the middle for the waist of the skirt. There were no side seams. The simplicity of the design was appealing. Next, she stitched on appliqués also in wool felt, which did not need to be hemmed. 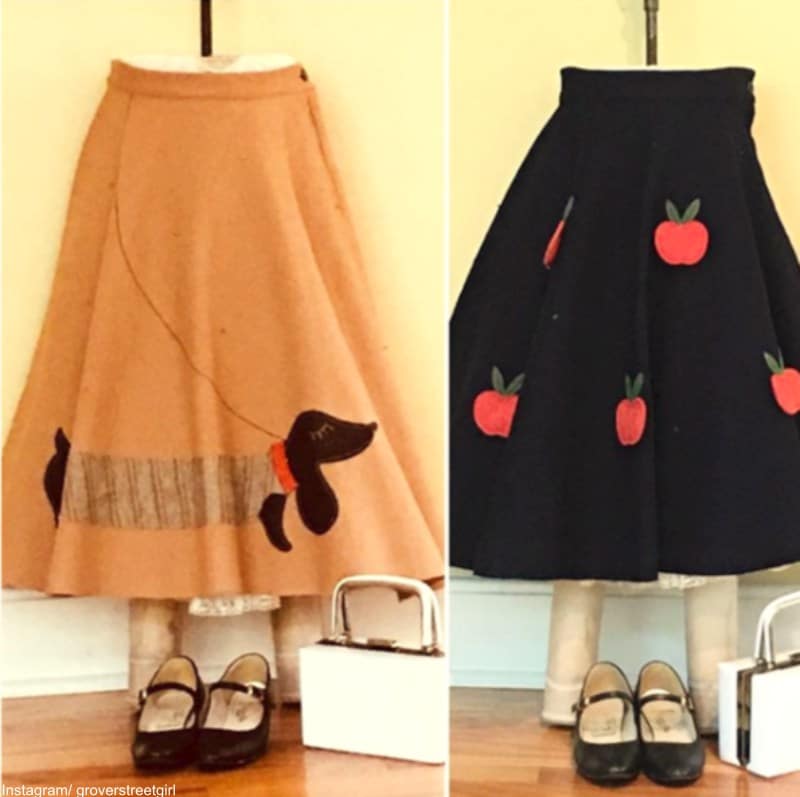 Charlot had the idea to produce these skirts for retail sale, with each design containing within it a fun story for the customer. The first designs were Christmas themed and the skirts that followed were dog themed, giving rise to the name “poodle skirt.”

She was soon selling her skirts to shops and then later her designs were bought outright from companies who reproduced them en masse. 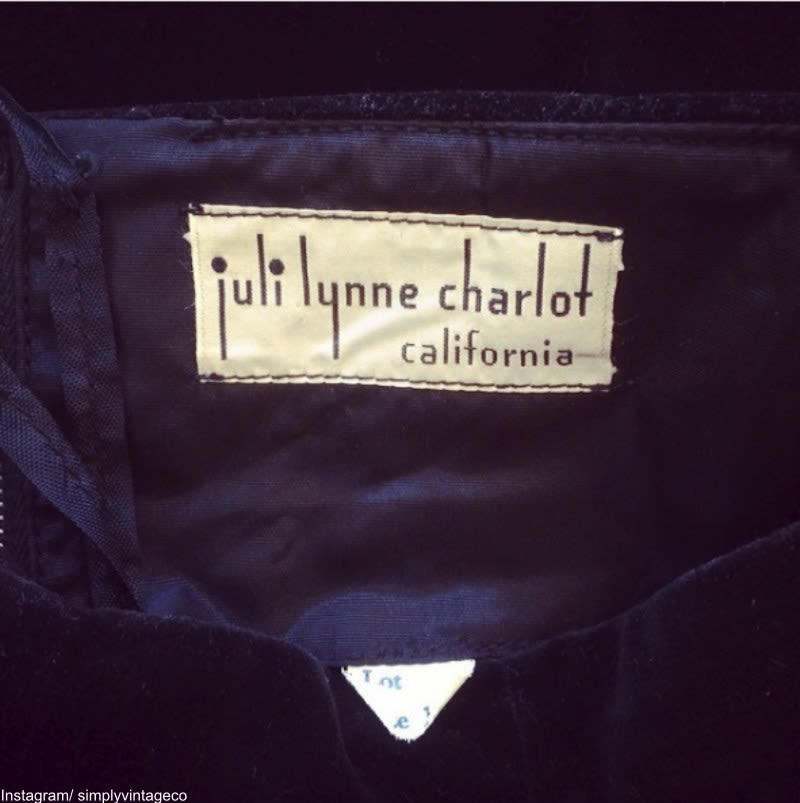 It wasn’t long before making these skirts at home became the trend. And here’s why the idea caught on so quickly: like Charlot, teenage girls with little sewing experience could whip these skirts up quickly and have a one-of-a-kind design that was on trend with only a few hours of work!

If you see vintage poodle skirts for sale in vintage stores or online you’ll often see grosgrain ribbon as the waist band or waist lining since these were very often simply made at home with more creativity than skill. Pattern makers soon put out many designs which played on the appliqué skirts that Charlot had made popular. 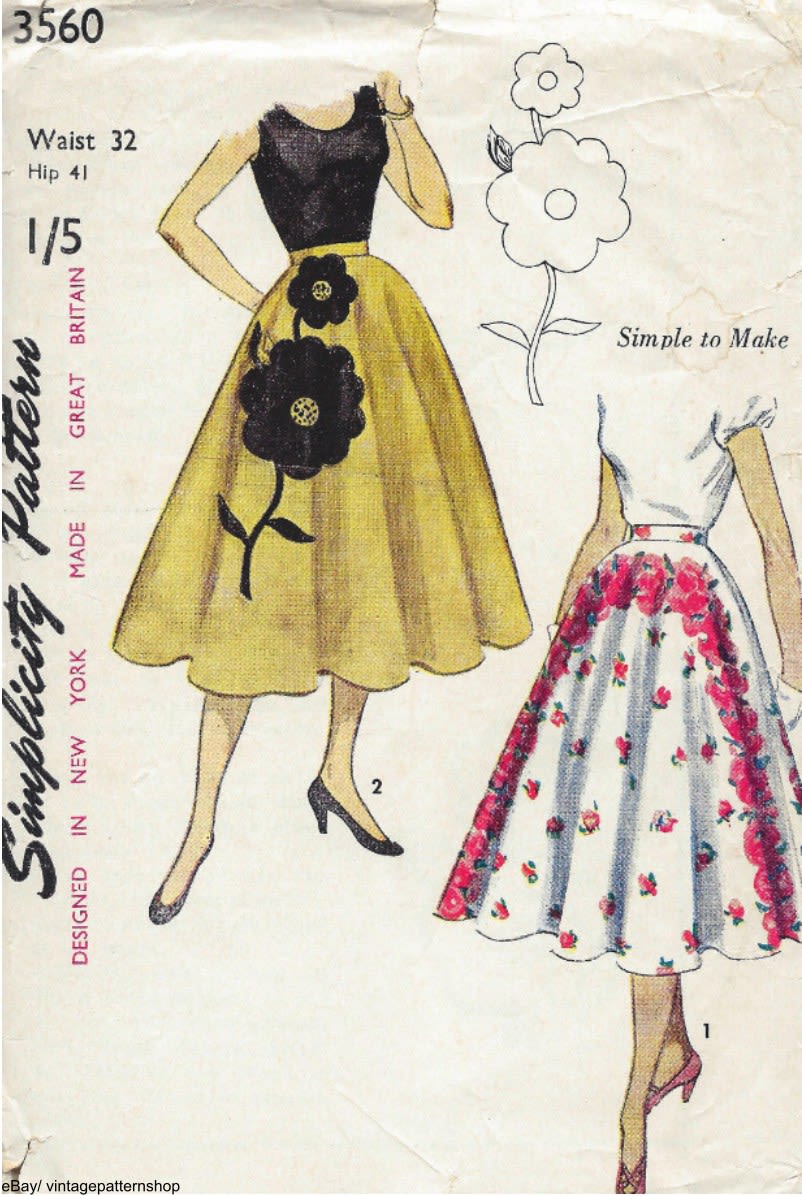 Poodle skirt designs can range from the classic poodle to wiener dogs to birds, people, records, or even life-sized chess or badminton game boards. The designs were only limited by the imaginations of the teenaged girls making the skirts at home. The trend was soon translated into silk, cotton, and other fabrics and even later Charlot skirts were not always made in the simple wool style (for example their summer styles in 1953 were made from poplin).