The Pearly Kings and Queens of London have a unique history that goes back centuries. Their flamboyant costumes are comprised of hundreds or thousands of pearl buttons sewn onto jackets, sashes, skirts, hats, blouses, and just about anything else one could wear and in all manner of patterns. The style evolved over time and something this flashy just begs to be shown off, which the Pearly Kings have done for generations in elaborate parades! 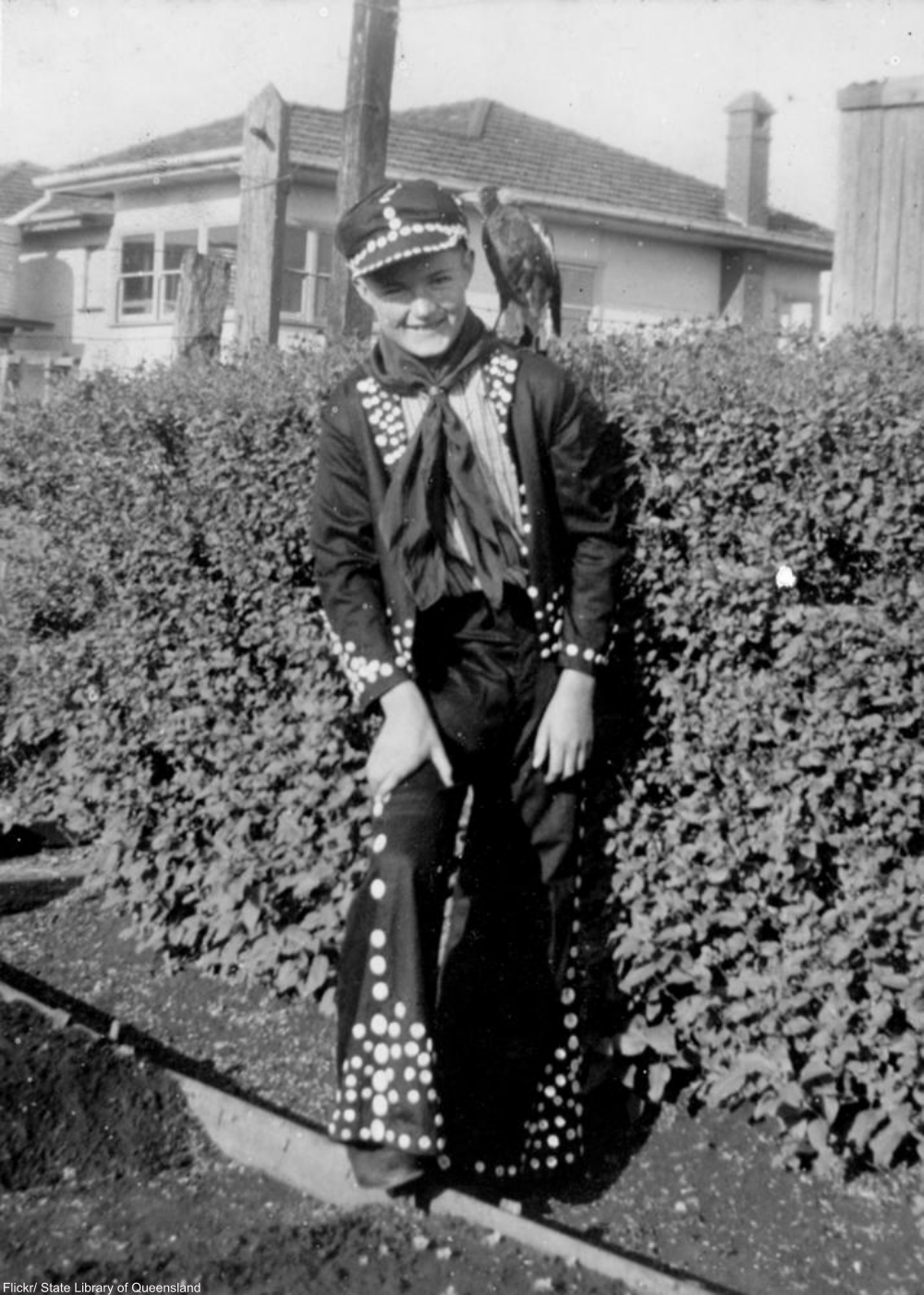 Titles were often handed down through the generations, but each pearly was supposed to sew their own buttons on. Via/ Flickr

In the U.K. going back hundreds of years, street merchants became known as costermongers (coster being an old word for apple) and were among some of the poorer residents on London’s streets, excepting beggars and rag and bone men. Often impoverished and unlicensed, they would shout out what goods they were selling, drawing attention to themselves and their wares. 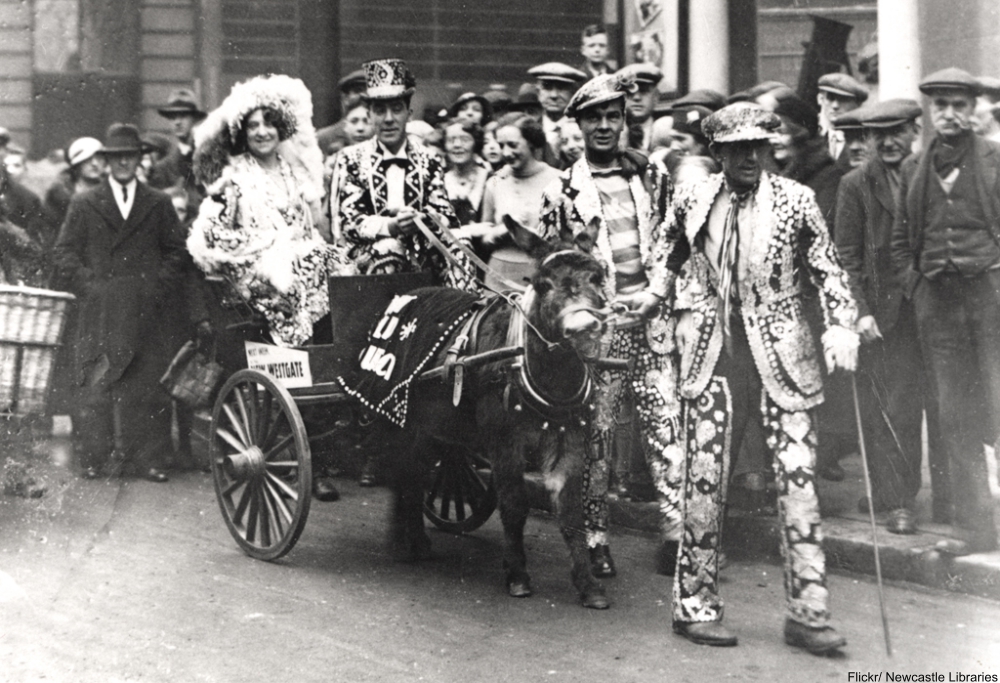 Even the mule has pearl buttons on his accoutrements, 1934. Via/ Flickr

Another method of advertising was to sew buttons onto the hem of their trousers, often pearl buttons their customers lost during the market. The costermongers would elect kings and queens, leaders of trades in certain streets or neighborhoods. But, the Pearly Kings and Queens were still many years off. 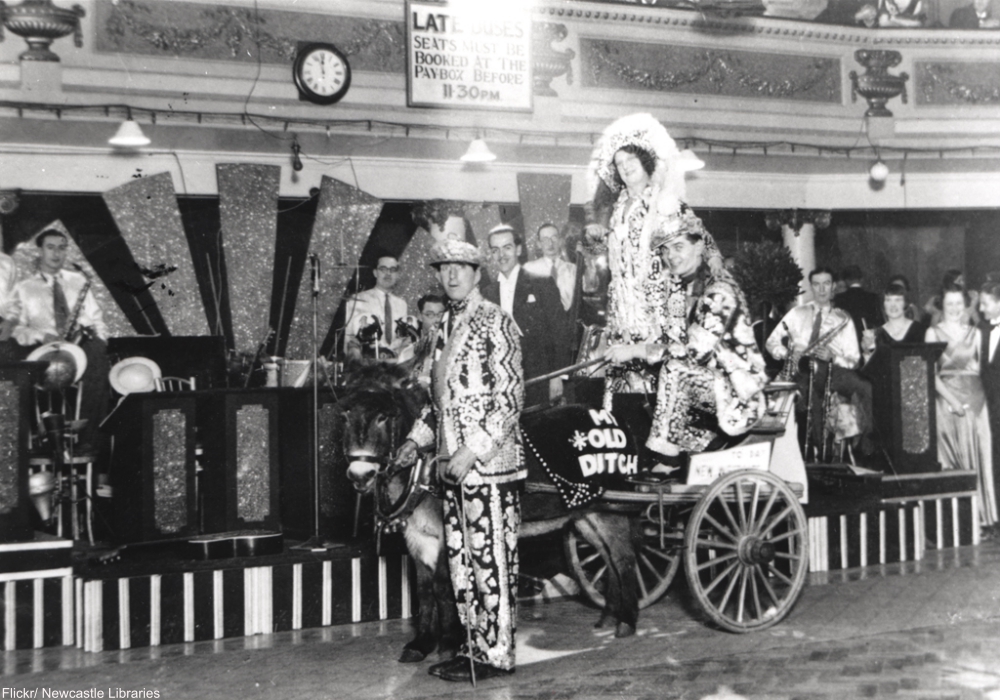 These Pearly Kings and Queen are advertising for the film My Old Dutch, 1934. Via/ Flickr

The original Pearly King was Henry Croft. Born in 1862, Croft made his living as a rat catcher and street sweeper and eventually began to raise money for the those in hospitals unable to pay for medical care. Taking from the costermonger’s practice of sewing found pearl buttons on their trousers, Croft embellished his suit with an excess of pearl buttons which drew attention to himself and his fundraising efforts. 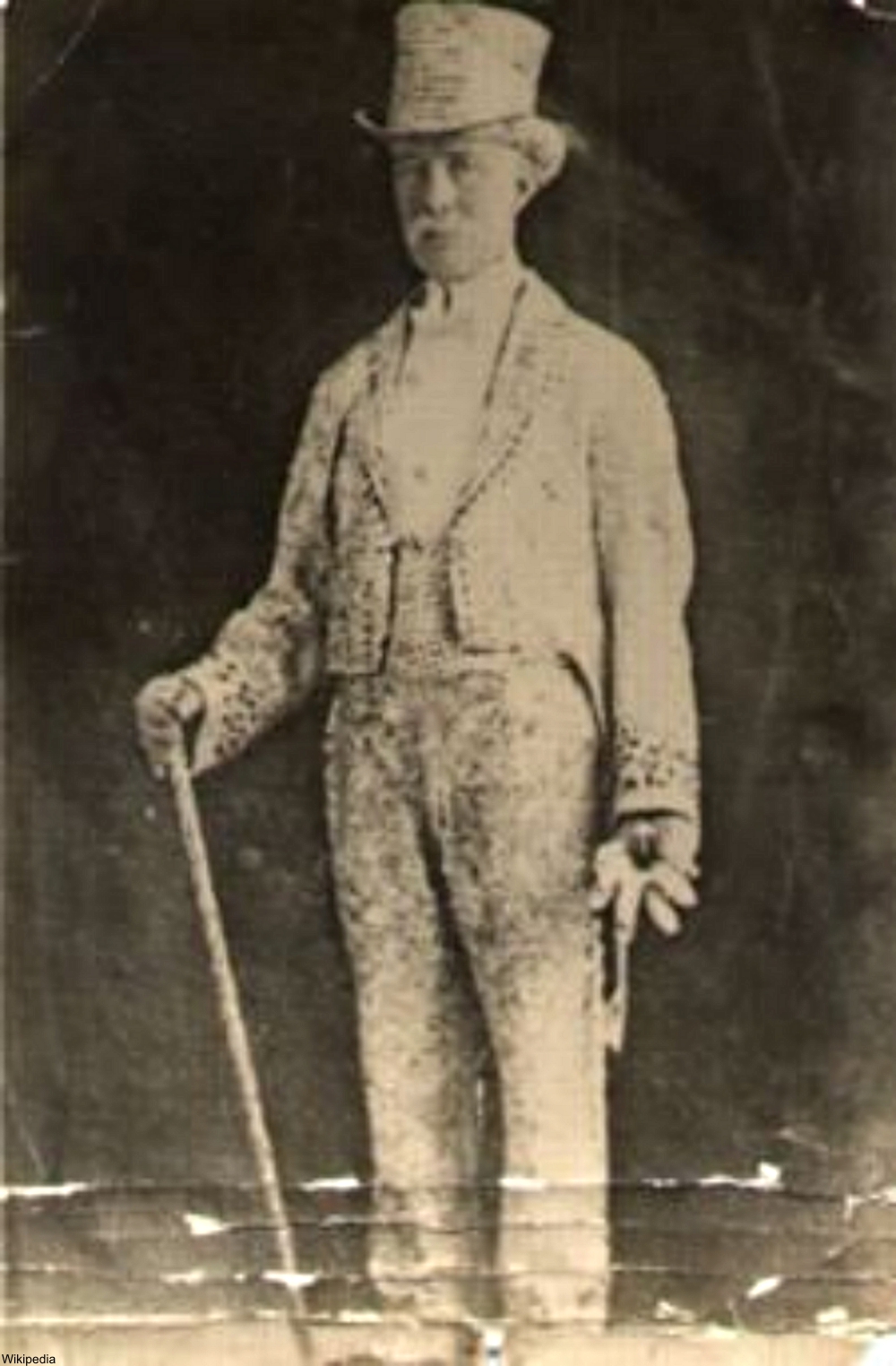 Henry Croft in his be-pearled 3-piece suit and top hat. Via/ Wikipedia

It is said that Croft’s original suit boasted 60,000 pearl buttons! After Croft convinced his friends to also don the eye-catching suits, the look gained public attention and helped Croft raise thousands of pounds for the infirm before he died in 1930. 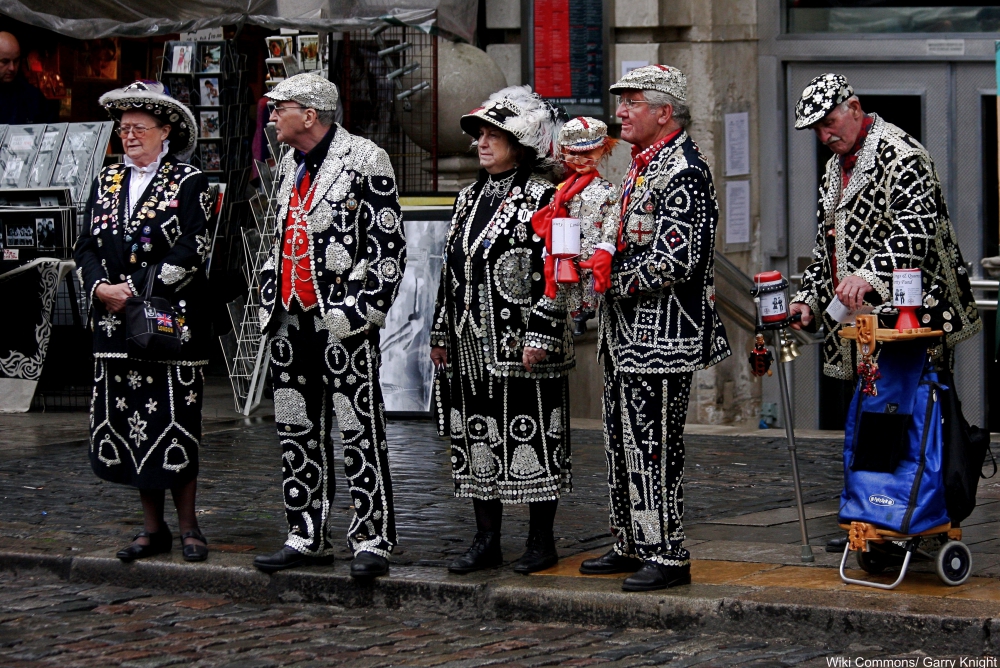 Pearly Kings and Queen collecting for charity in Coventry Gardens in 2008. Via/ Wiki Commons

By the time of Croft’s funeral there were 400 pearly-attired attendees wishing him well in the great beyond. Parades of Pearly Kings and Queens became a part of London life in cockney neighborhoods. Today the tradition is alive and well and parades and events featuring the extravagant Pearly Kings and Queens raise awareness and funds for various causes with their flashy costumes, with new pearly royalty crowned in huge celebrations.

Click here for a look at the 37 feet of hair belonging to the incredible Sutherland Sisters!