Painting Nazis Stole During WWII To Be Returned to Ukraine

During Nazi occupation of various parts of Europe, museums and institutions were plundered for the art and valuables they contained. The goal was to build a massive museum unlike any other the world had ever seen before. The Führermuseum (as the project was named) was to be built amongst a complex of buildings in Linz, Austria, to showcase the might of the Third Reich and to overshadow Vienna as one of the art centers of Europe. Other buildings would include an opera house, theater, and library among others. However, it was the art museum which would take center stage, something Hilter became increasingly obsessed with as the war raged on, leading to the theft of hundreds of thousands of pieces of artwork. 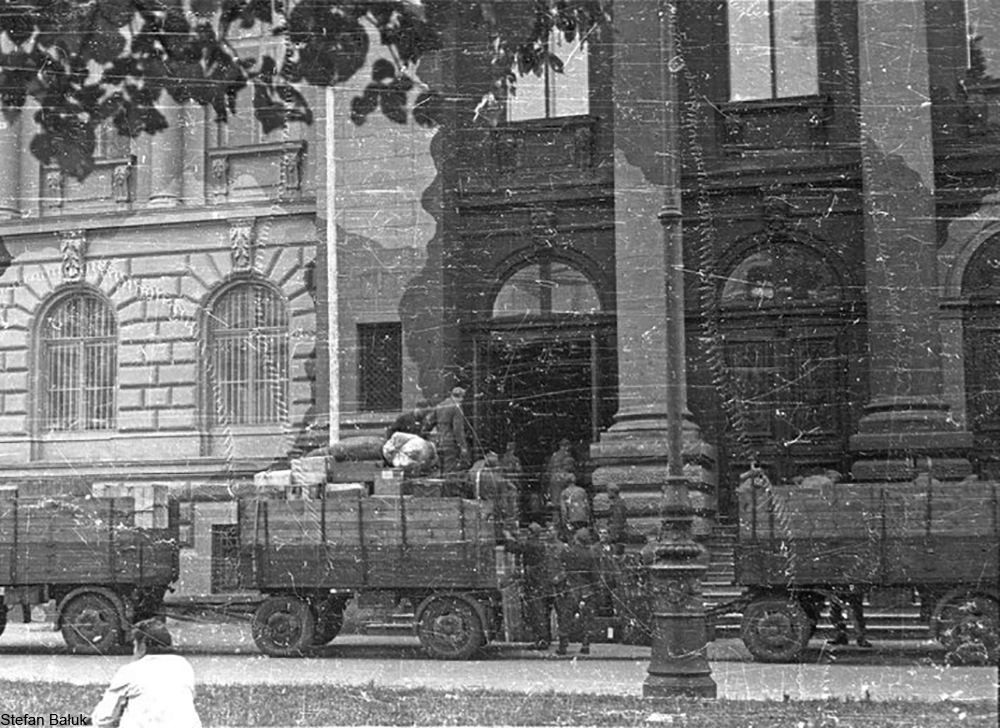 Nazi soldiers stealing artwork by the truckload from the Zachęta building of the Polish National Gallery in Warsaw, 1944. Via/ Wiki Commons

As part of the Reichskommissariat Ukraine, the Ukrainian wing of the Third Reich, the museums in Ukraine were ravaged much like in other parts of Europe. From 1940-1945 the Third Reich operated in most of Ukraine, which had previously been a part of the USSR. Once World War II ended Ukraine returned to the Eastern Bloc, however many of the treasures which had been looted by the Nazis were never found.

When General Eisenhower ordered the return of Nazi-stolen art, a whopping 15,000 pieces were found in German collections alone. However, in all an estimated 600,000 (or more) works of art were stolen by the Nazis, of which around 100,000 remain lost to this day. There’s even a term for Nazi-stolen art: Raubkunst which translates from German to “looted art”.

So when a painting is returned it’s not exactly surprising, but it is cause for celebration. One brick gets put back into the wall of world history- something the Nazis tried desperately to rewrite to their advantage. 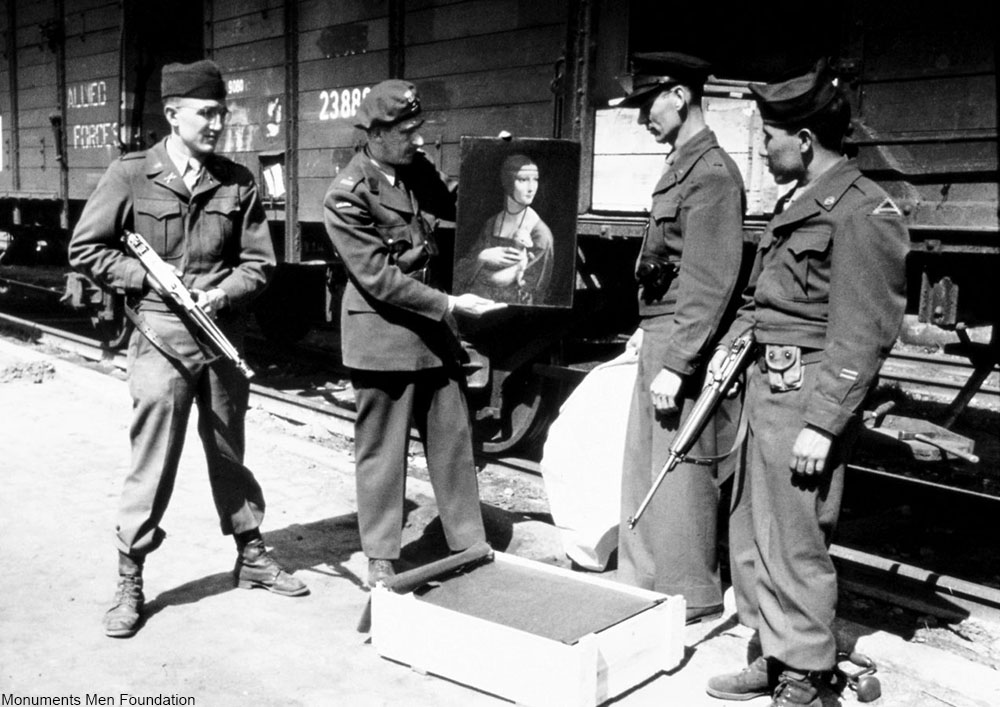 Return of a famous Leondardo da Vinci painting to Poland after WWII. Via/ Wiki Commons

The most recent Raubkunst to make headlines was set to be sold through an auction house in Virginia. The oil painting depicts Ivan the Terrible on horseback, created by the artist Mikhail N. Panin in 1911 and titled Secret Departure of Ivan the Terrible Before the Oprichina. The romantic depiction of all of the characters in the painting was typical of the era. The bright reds of the horse reins contrast starkly against the cloudy grey sky overhead as Ivan steals away from Moscow in 1564 to enact his ruthless plan to obliterate his rivals, the aristocrats of Russia. 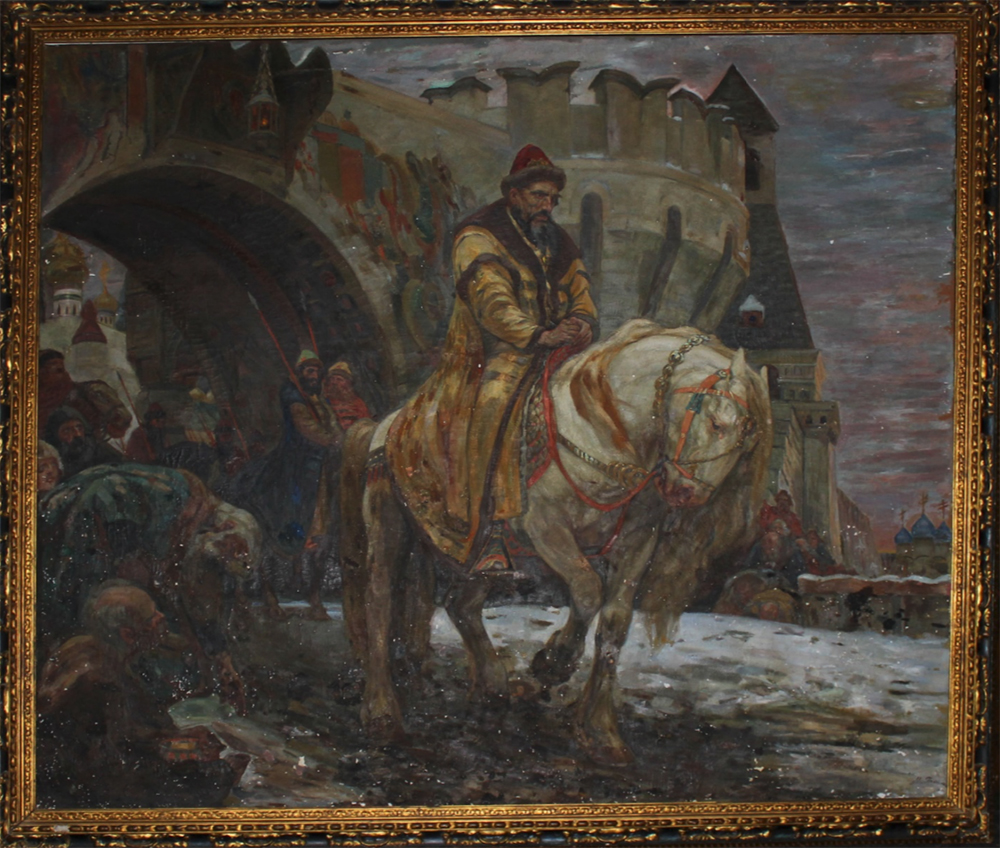 The painting was stolen from the Dnepropetrovsk Art Museum in Dnipro, Ukraine, in 1941 as part of a plundering effort there in which 60 works were removed. The painting then traveled with a former Swiss soldier (who had served in WWII) to the U.S. where it was sold as part of a house sale to the couple who bought the Connecticut home, David and Gabby Tracy. The size of the painting explains why it was considered a fixture of the house- it is 7.5 by 8.5 feet! The Tracys took care of the painting for 30 years before attempting to auction the high-quality painting when they moved.

There are two things that are interesting about this story. One is that the further looting by non-Germans shows just how far and wide these Raubkunst can end up. The other is that Gabby Tracy is a Holocaust survivor who was rescued by the Russians, which may explain why she had a fondness for the distinctly Russian painting.

When the painting came up for auction in 2017 it caught the attention of Anne Cramer who was tasked with researching the piece. Cramer soon found the provenance led to the Dnepropetrovsk Art Museum, which promptly sent photos of the painting hanging on their walls in 1929 and asked for it to be returned immediately. 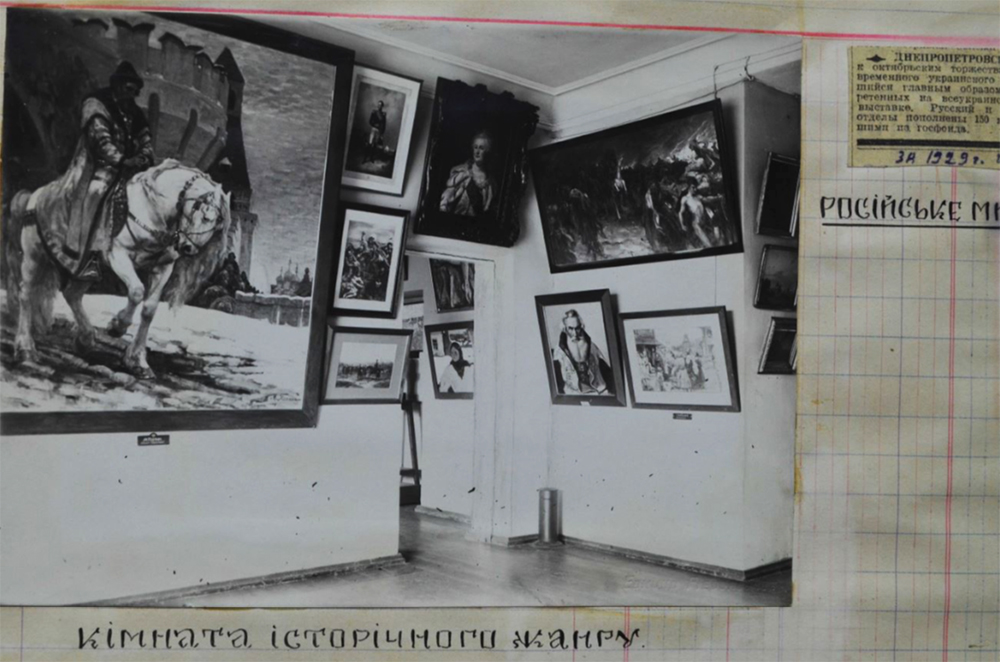 According to Military Times the email response from the museum was as follows: “Attention! Painting ‘Ivan the Terrible’ was in the collection of the Dnepropetrovsk Art Museum until 1941 and was stolen during the Second World War. Please stop selling this painting at auction!!!”

Proceedings were filed in December of 2018 by the U.S. Attorney’s Office for the painting to be repatriated to Ukraine. From there the painting was sent by the FBI to the Ukrainian embassy for processing in September of 2019 for return to Ukraine. 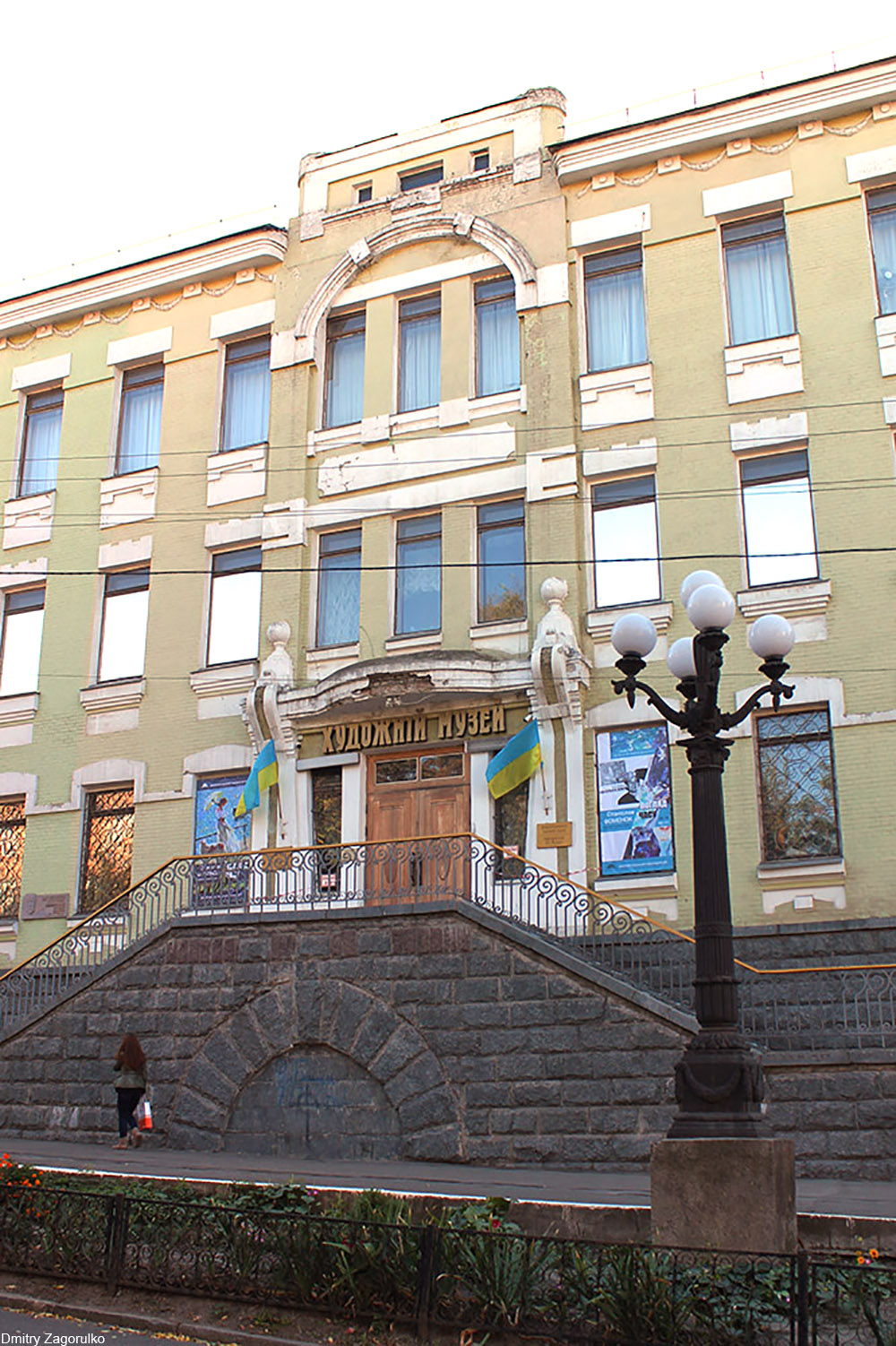 The value of the painting has been estimated at $5,000, but the cultural triumph of retrieving a piece of Raubkunst is undoubtedly priceless to a country that was devastated by Nazi occupation.