When it comes to artifacts from the American Revolution, the historical importance and rarity cannot be overstated. Many objects from the era were lost and materials which show the network of separatists are few. For these reasons there is one archaeological dig in North Carolina that has been making headlines. It was once the site of a colonial era tavern that was destroyed in a fire in the 1760s. The chimney then collapsed in on the building, preserving the artifacts inside. One such artifact that was recently found in the dig was at first thought to be a pebble, but was later revealed to be a coded message for American revolutionaries.

“A clump of dirt initially dismissed as nothing more than a pebble has turned out to be one of the most significant 18th century artifacts ever found in North Carolina, archaeologists say.”https://t.co/X8oRXN6lG4

The tavern which was so preserved may have also been a brothel, archaeologists aren’t sure. But, the meeting place was almost certainly a hotbed of revolutionary activity in the years leading up to American independence from England. The tavern burned in the 1760s, but when the English soldiers came through the area of Brunswick Town they torched it. The area was never rebuilt, leaving the tavern a completely unexplored archaeological site.

The tiny object was found by graduate student named Adam Pohlman and was initially thought to be a clump of dirt or a pebble, but when sifted and washed was revealed to be made from glass. The pea-sized object bears the inscription of “Wilkes and Liberty 45” – a common theme among revolutionaries at the time. The phrase comes from the article written by John Wilkes for the political magazine The North Briton, issue 45, in April of 1763. In this article the landowning English gentleman directly criticized the king of England, something which at the time was considered a grave move that could have resulted in a charge of treason.

In response to the article, King George III was enraged at having been so publicly criticized and the king ordered Wilkes’ arrest. But, the case was full of blunders that Wilkes used in his defense. In the end Wilkes was not exempt from prosecution and the arrest warrants connected to the case were found to be invalid (nearly 50 people were arrested in connection with the case). The verdict was a victory for those who craved free speech and a thriving democracy.

The article and the idea that the king was not beyond examination was a boost for colonists who envisioned a free country and so phrases based on the article and Wilkes were popular among separatists. The slogan, and variations on it, have been found on cufflinks both in the U.S. and in England. Sometimes simply the number 45 was used as a symbol itself, other times liberty was added. The phrase “Wilkes & Liberty” can be seen on a teapot below, found in England.

There was even a song about this now-famous article called “Wilkes, and Liberty” which was written in the 1760s. Proponents of democracy in England and her colonies both found the sentiment to be a refreshing and hopeful take on political discourse within a monarchy. 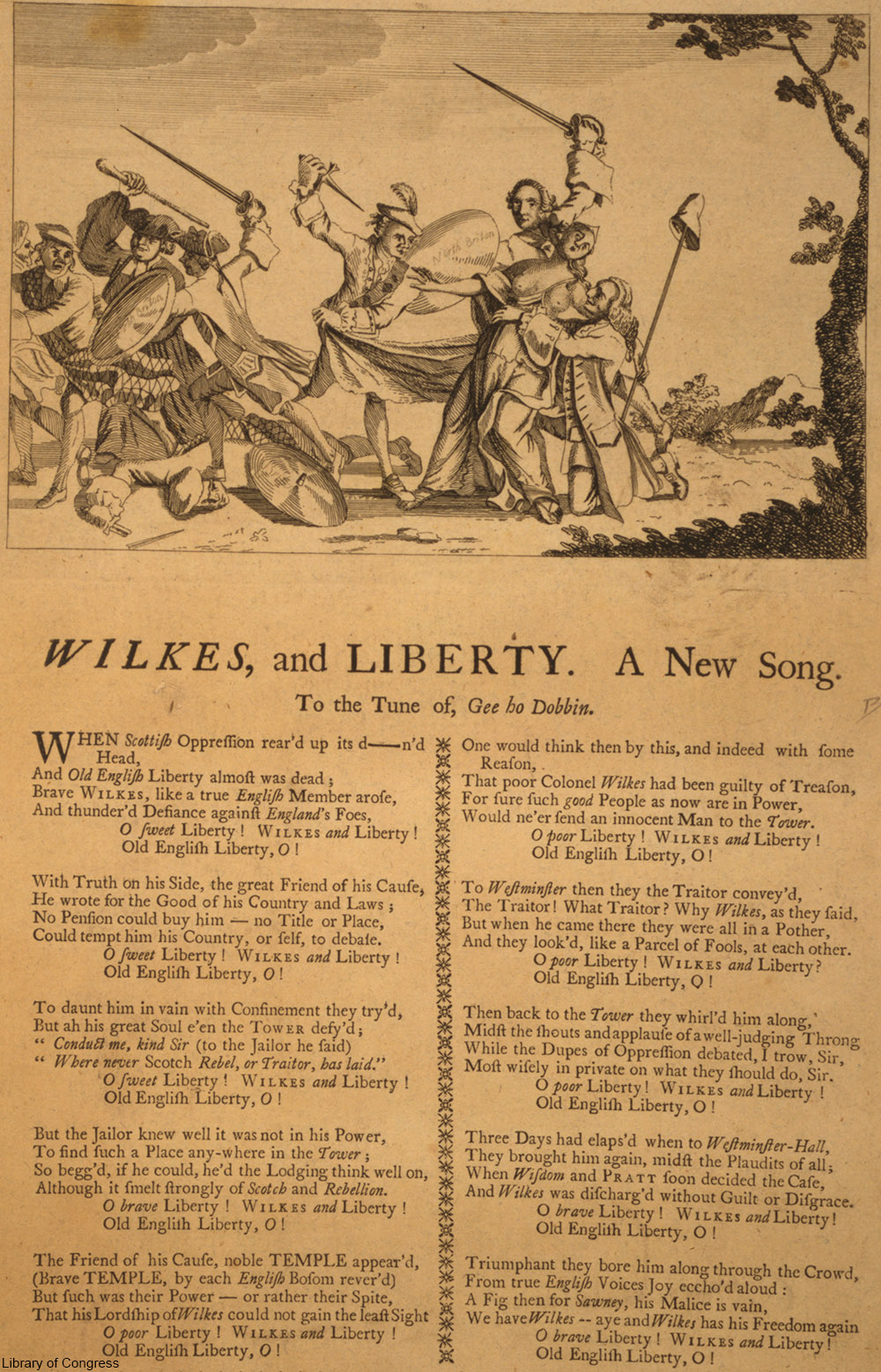 In respect to the cufflinks, it would have a secret symbol that would have instantly alerted like-minded thinkers that you held some of the same political values. Just two years after the article by Wilkes, the colonies and England would be at war. Coded messages like those around Wilkes would have meant a lot at a time like that, when war was boiling. The message on the cufflinks predates the Stamp Act, a sign of the unrest that the act would very quickly unleash.

The Brunswick Town tavern project is headed by professor of anthropology, Dr. Charles Ewen of East Carolina University. The archaeological dig on the tavern has concluded for 2019, but digging will resume in 2020. In the meantime, the many artifacts found at the site so far will be examined in great detail. Among the objects are pub equipment like a brass wine barrel tap, several glass liquor bottles, smoking pipes, and even parts of a sewing kit.

Have a look at the site and some of the other finds in the video below.

The eerie phenomenon at a Revolutionary War battlefield: Click “Next Page” below!