Our parents and grandparents had more experience with them than most of us do today, as many homes didn’t have modern bathrooms (or even electricity) until after World War II. Legend has it that outhouses back in colonial times, when many folks couldn’t read, would have been marked for gender by a star (or sun) for men and a moon for women.

According to some sources, over the years as men’s outhouses were unsurprisingly not kept up well, everyone used the women’s outhouses instead. For anyone who’s ever used an outhouse you know the smell can be overwhelming, so it makes to seek the less offensive option. Eventually the moon, long held as a women’s symbol, supposedly became the sign for all outhouses, as they had become unisex over time. But, is this really true? 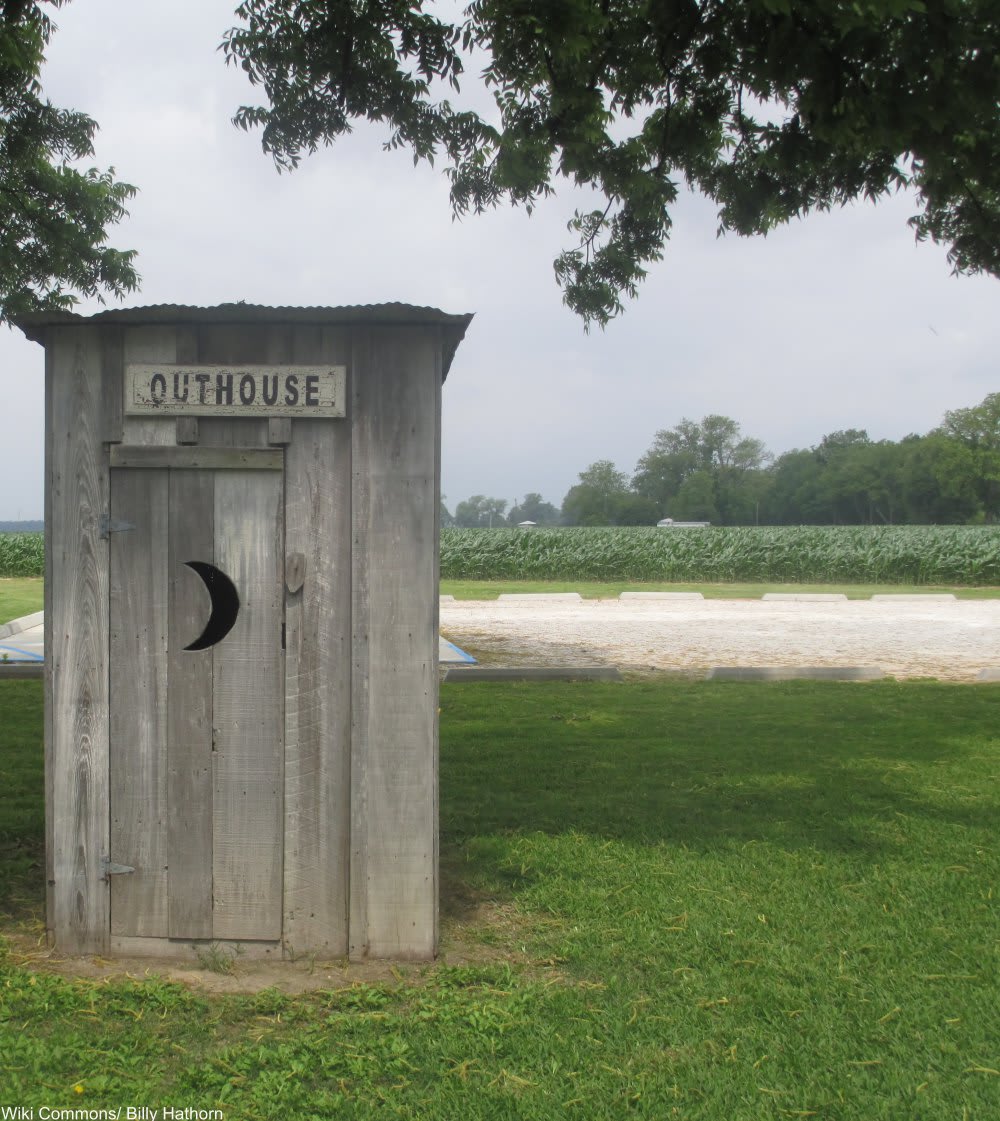 Alternate versions of this theory state that men simply went in the woods and that women’s outhouses are the only ones that survived into the modern era. This explanation makes sense when we consider the exemplary modesty levels that most women were expected to maintain, even when answering nature’s call.

Some have suggested that the moon/star explanation is a fictitious account of how things went since any shape of cutout on the door would primarily been a vent and to let light in while one used the facilities. Extant photos of functional American outhouses from the early 20th century often have no door cutout at all, with vents cut into the side in unadorned shapes. In Europe, many outhouses will have a heart cutout on the door. 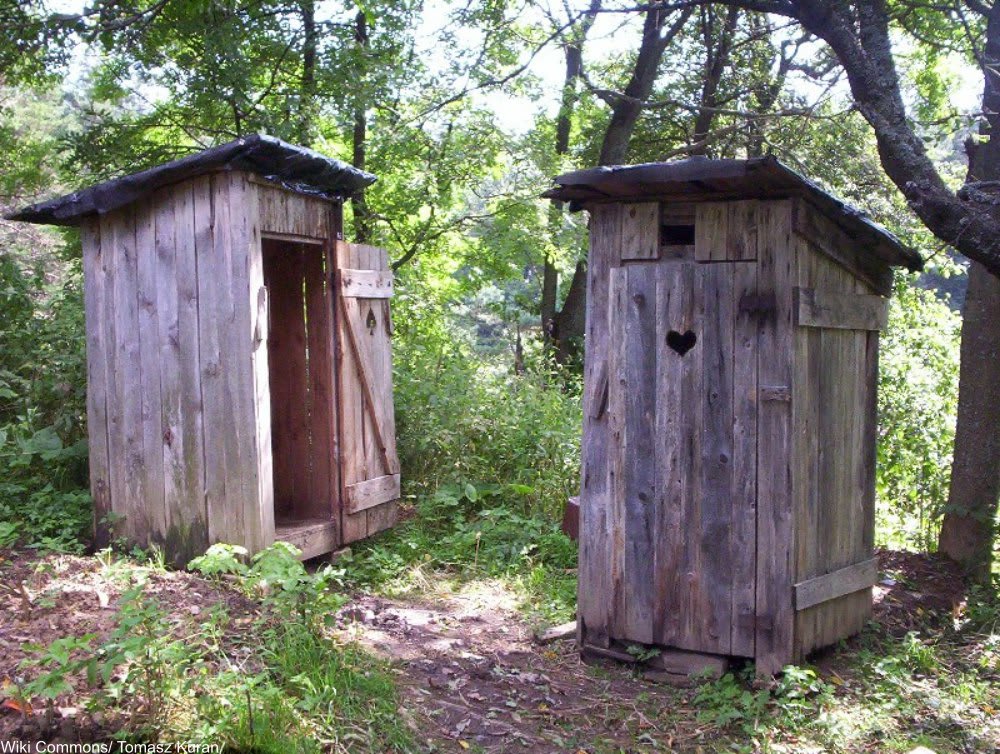 Outhouses in Poland. Via/ Wiki Commons

Commonly seen are the moon and star together. If you had gone to the loo in the middle of the night and taken a lantern with you, the moon and star would have shone through and let anyone else wanting a turn know that it was already occupied. Mimicking the night sky with the cut outs sounds like a simple and humble way of decorating a no-doubt filthy and smelly, but very necessary, part of one’s property. 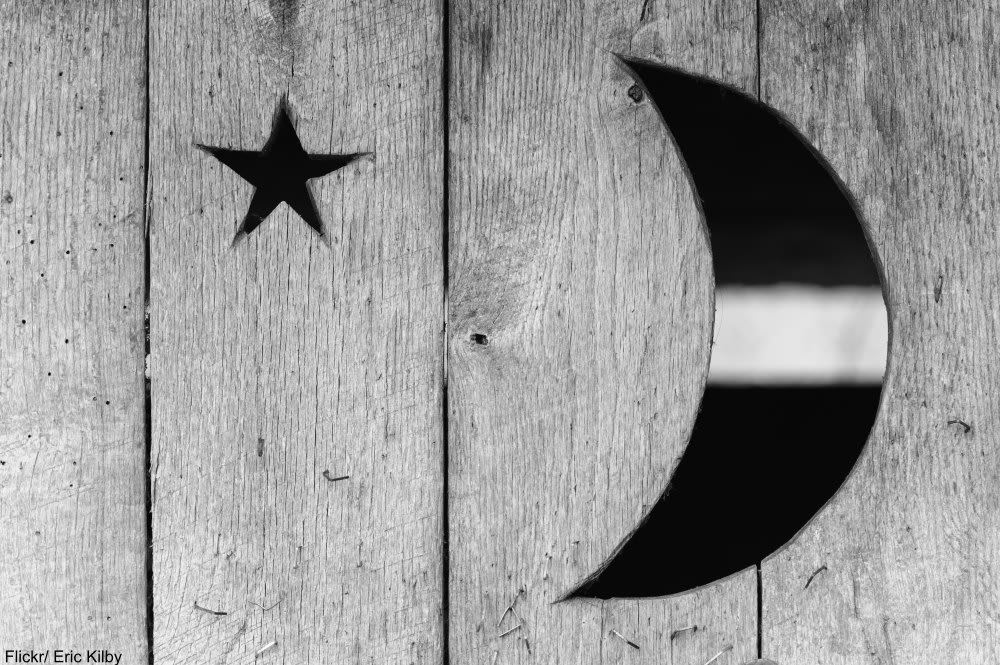 As explained by the Missouri Historical Society, there is no evidence that the symbols referred to gendered outhouses or any contemporary accounts of outhouse usage that explain it. So we have to wonder what the basis for the gendered outhouse explanation is. It was a more delicate time in some ways, despite gunfights and cowboy bravado, so it’s no surprise that 19th century latrines should not be the topic of great volumes of work. 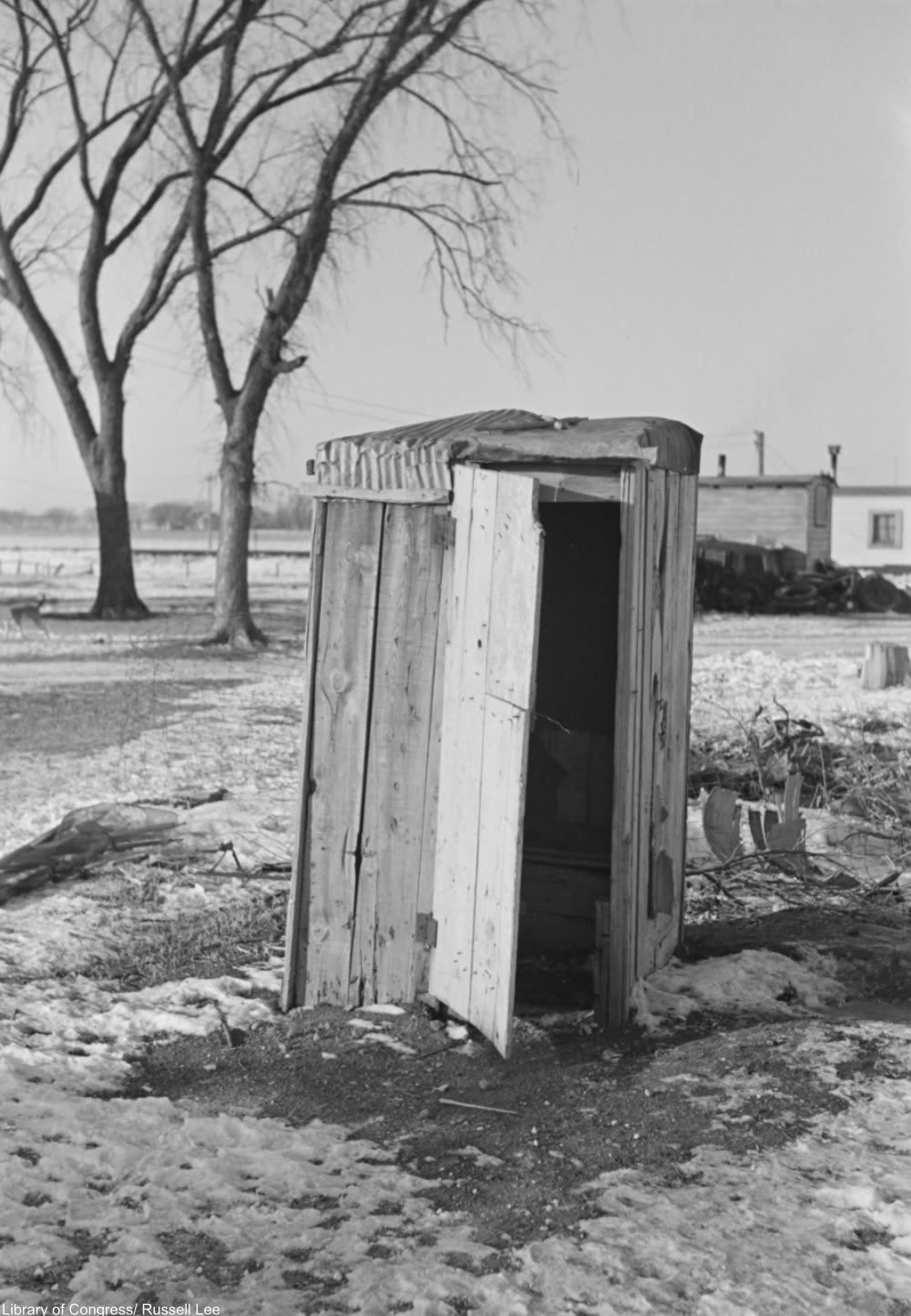 During the Great Depression, dozens of photographers snapped images of farm life for the Farm Security Administration, including privies. None of them have moons on the doors. Via/ Library of Congress

With limited resources available to most settlers, having two outhouses would have most likely been a costly and unnecessary expense. Large families might have had more than one hole inside the outhouse (with smaller seat holes for the little kids), but probably never built two different outhouses due to the high cost and added maintenance. 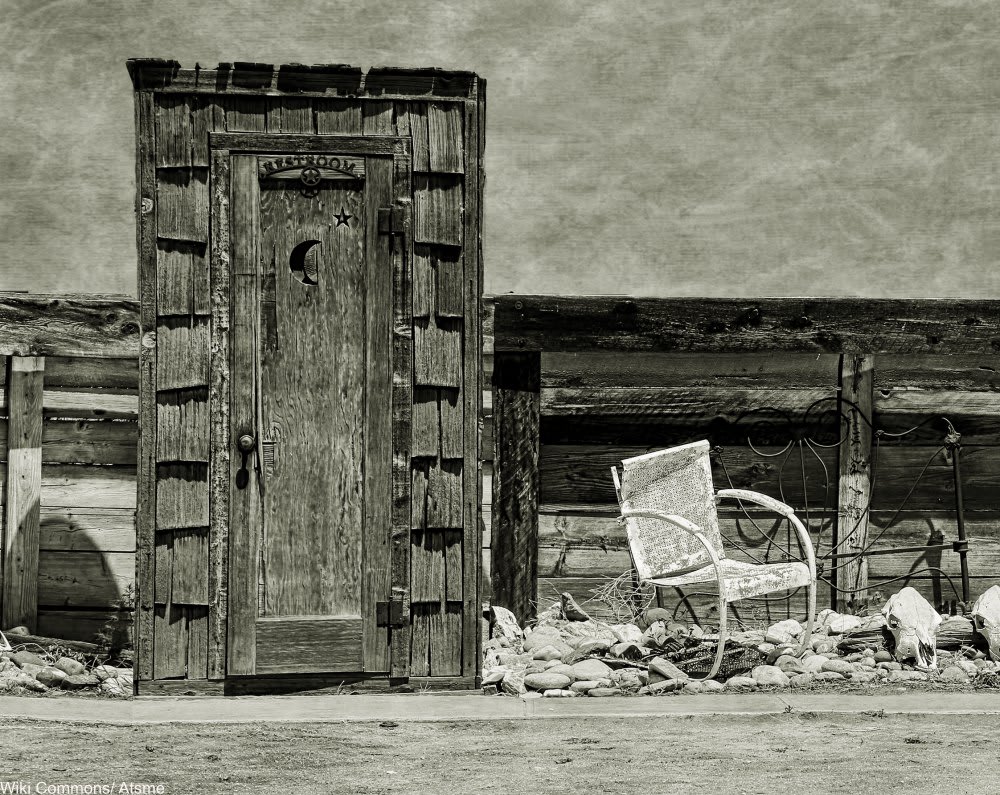 So why did the moon and stars theory become so prevalent? Well, it might have something to do with the obsession America had with cowboys during the middle of the 20th century. Media portrayals of moons on outhouses in movies, TV, or offered as charming bits of folklore in local newspapers, could have planted this myth quite easily in a era when anything Old West was taken in with great interest. 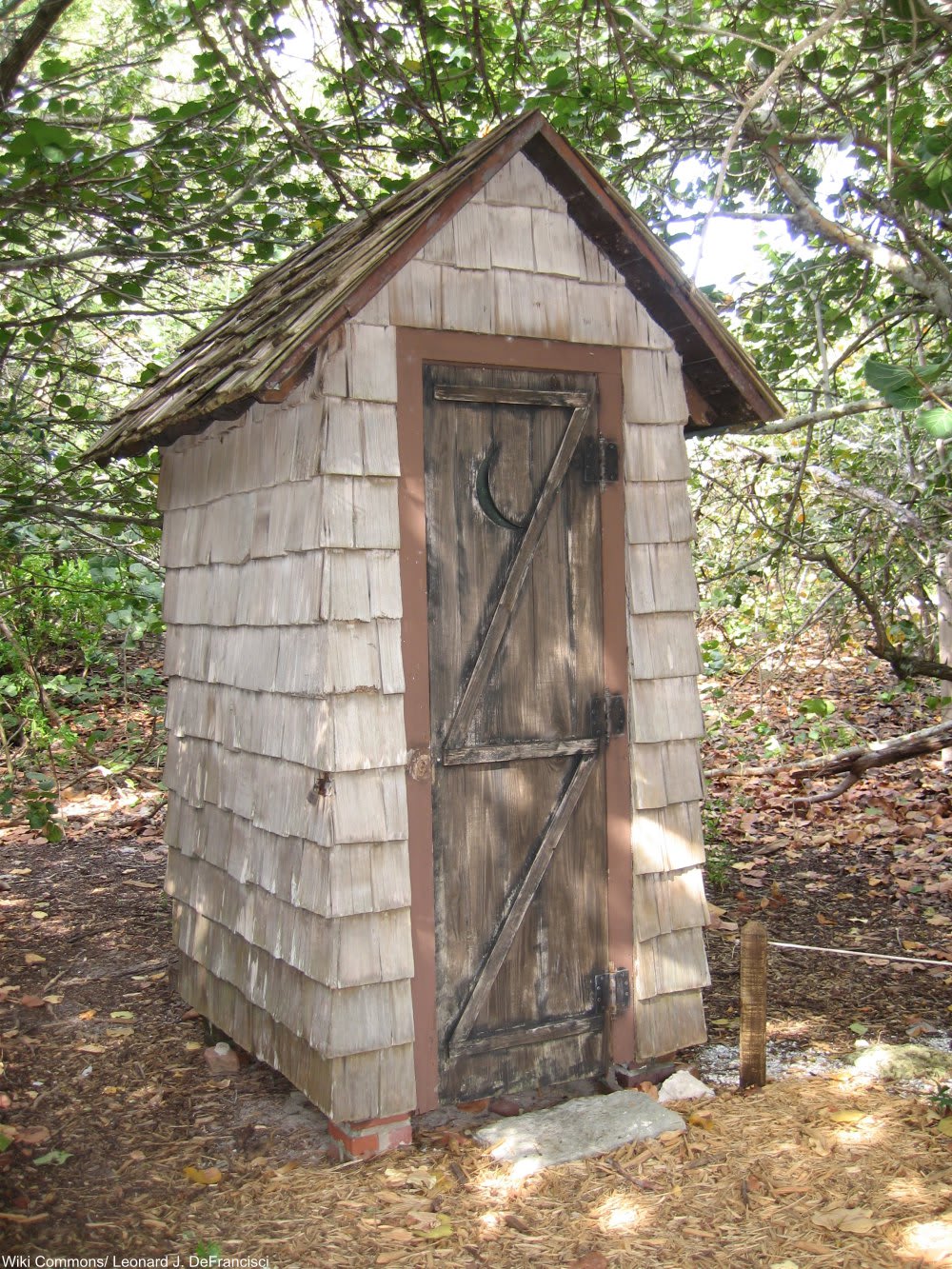 Whatever the case, we certainly associate crescent moons with outhouses today, despite the dwindling numbers of these antiquated toilets outside of frontier style tourist traps and ghost towns. For those fascinated by the subject, it may intrigue you know that there are even collectors who lovingly rescue old outhouses from the landfill!