6 Facts About the Oregon Trail Pioneers

There’s no doubt that setting out on the Oregon Trail was, for many pioneers, one of the biggest events of the their life. One first-hand account tells of mothers and daughters saying goodbye, never to see each other again on this earth, women who had perhaps never before been apart. They had no way of knowing just exactly how tough the journey would be, or what new experiences awaited them. While we’ll never know exactly how it felt, we do have some firsthand descriptions of what went on in the years following the Oregon Land Donation Act, which was a very strong incentive that brought thousands westward. Read on to find out some surprising facts about the Oregon Trail. 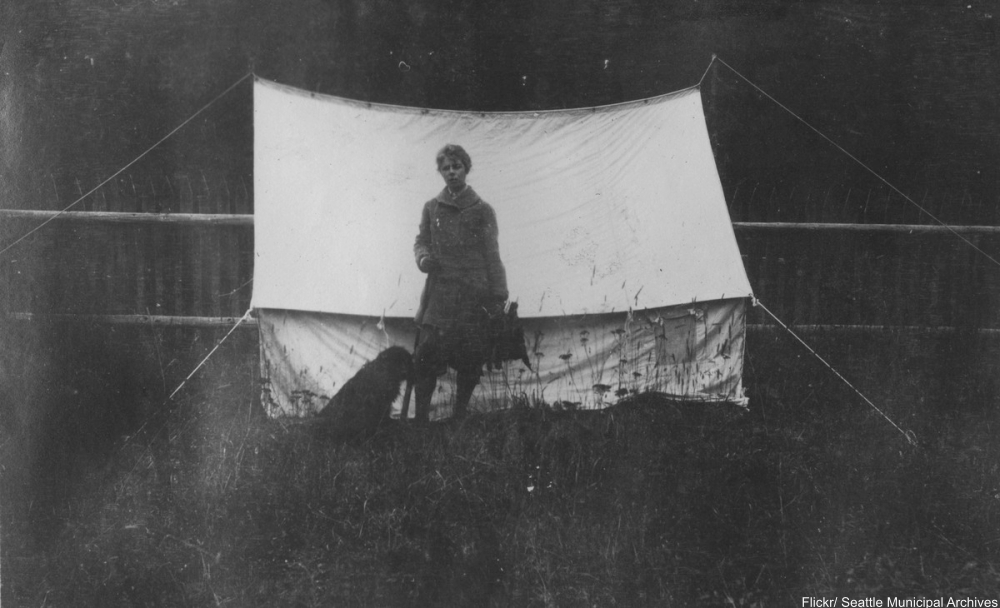 For many it was the first time that they had experienced anything like camping. Farmers and merchants looking for a fresh start were among the many who risked it all to travel to the other side of the country. While most of them had some outdoor skills, at the time the only folks who usually had camping experience were cowboys, ranch hands, or trappers. If you weren’t among those ranks, you had probably never experienced camping before. 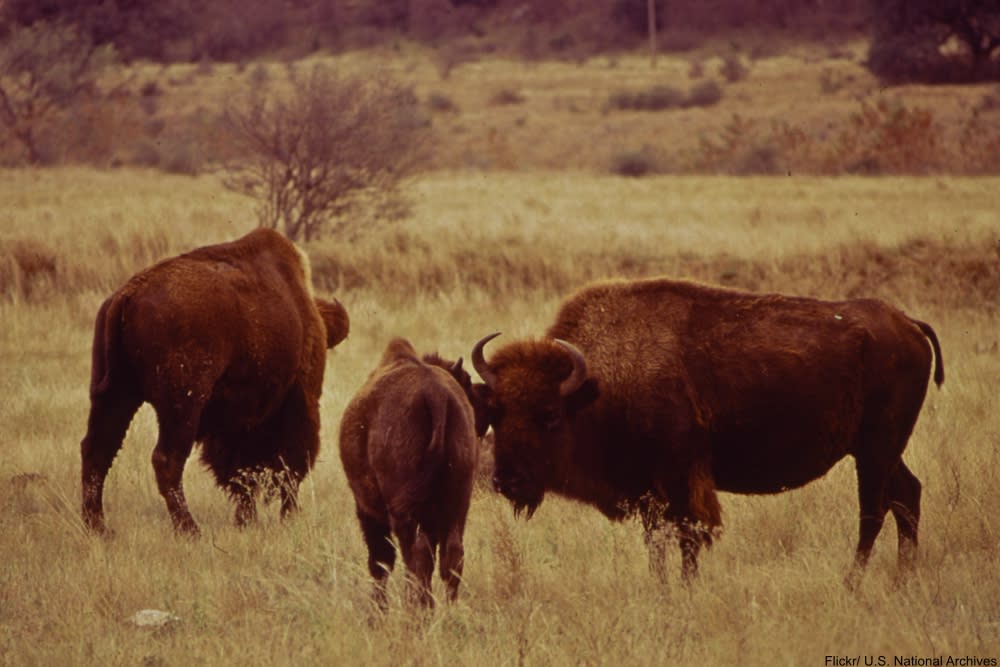 For many travelers, even the Midwest was very far into the frontier for them. Many had never traveled from their birthplaces and hometowns. Most had certainly never seen a buffalo before, let alone hunted or eaten them. Described as beef, it would be through years of over hunting that buffalo would be in danger of being erased from the Plains forever. But, to a hungry family in the throes of a long journey, so much meat must have seemed simply irresistible, regardless of the fact that a family or wagon train could not possibly consume an entire bison. 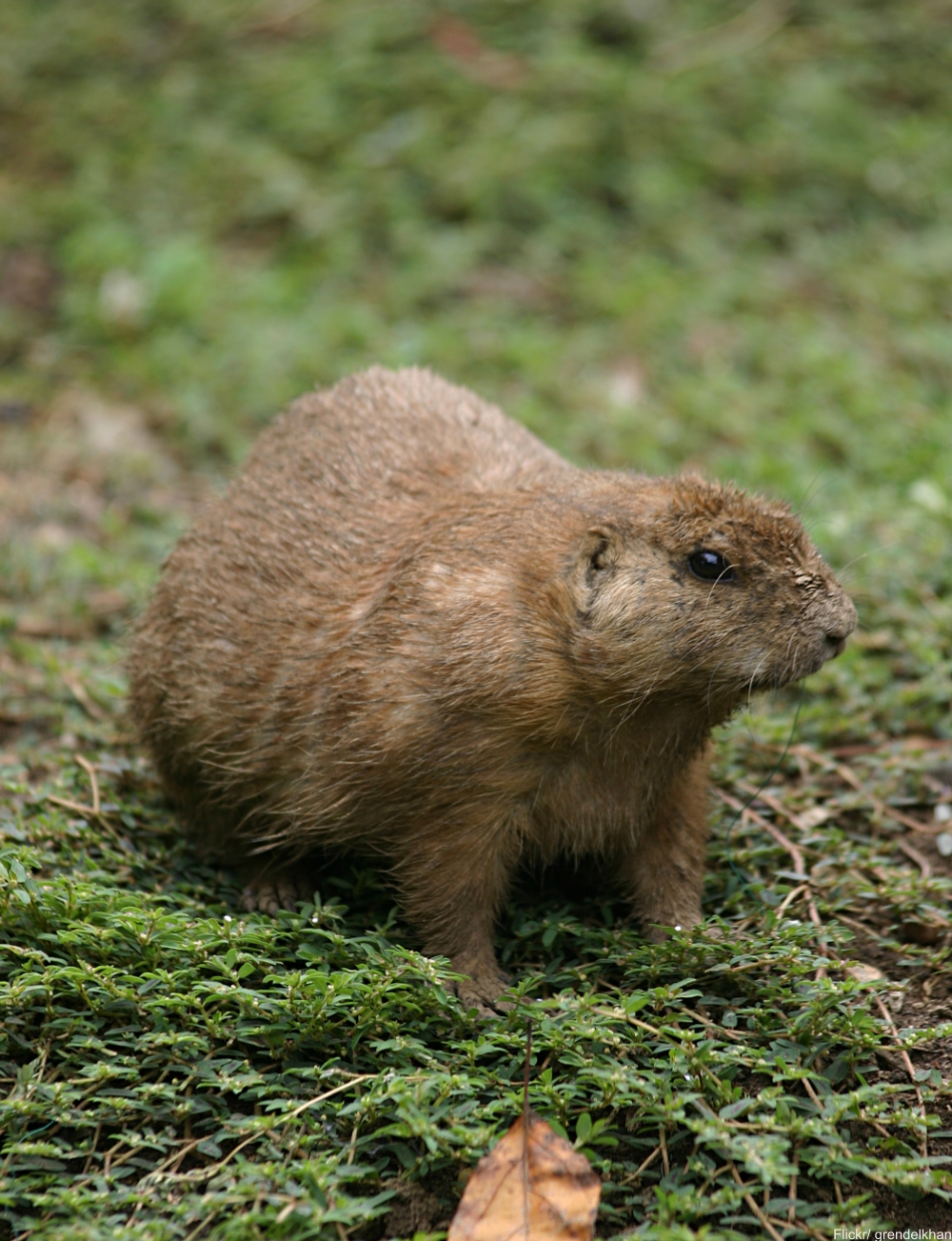 Well-meaning settlers often tried to make pets of the wild animals they came across on the trail. This was often disastrous for any number of reasons. First off, once they had to head on their way, the may have had to leave behind animals which had become accustomed to being fed, like prairie dogs. One pioneer woman recalled her prairie pet, an antelope that had become beloved by her family along the trail, and had escaped being hunted by other pioneers only to be then hunted and killed by the local tribe’s dogs. With delays in wagon repairs and waiting for streams to recede, it makes sense that some pioneers were itching for something to do to pass the time and pets were a very good distraction, if not a wise one.

From Missouri to Oregon and California, the trail had no single path, but always was long and arduous. Raging rivers, quicksand, and storms plagued the journey, as well the cholera that the pioneers unwittingly spread through the camps. Accidents and drownings were also common. Some estimates suggest that about 10% of the pioneers died while making the journey. But, for many settlers the hardships were worth it. 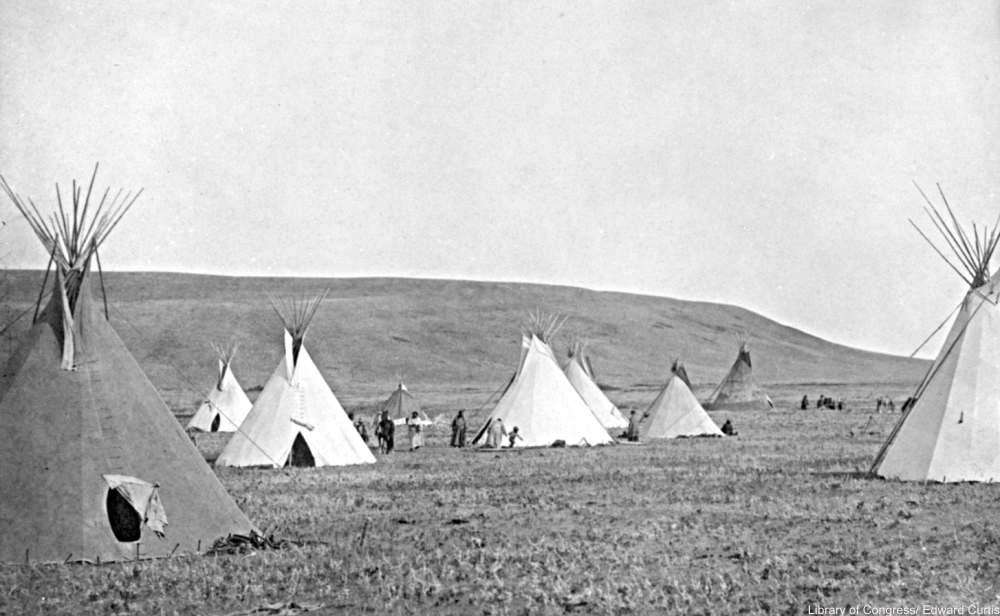 Many first-hand accounts of settlers tell of trade with the American Indians, not violence. But many settlers were scared, giving rise to rumors of attacks that were worse and more numerous than the reality. Many folks from northern or eastern states had never even seen a person of color before traveling west on the wagon trail. The actual number of violent clashes with Indians along the trail was quite low when you consider how many thousands of settlers journeyed across the country during that time. On the contrary, attacks were often perpetuated by the settlers. 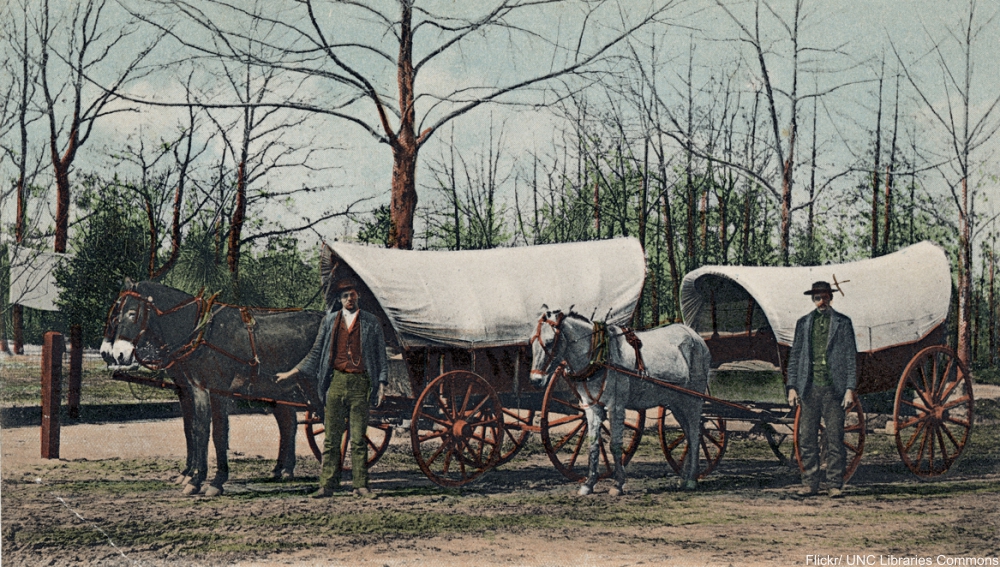 Despite the enormous risks, poor farmers couldn’t afford to pass up the opportunity to gain a whopping 640 acres of land (half as much for a single man) through the Donation Land Claim Act of 1850, which predated the Homestead Act by 12 years. In only 5 short years 30,000 settlers moved into the Oregon Territory alone, not to mention the surrounding areas. 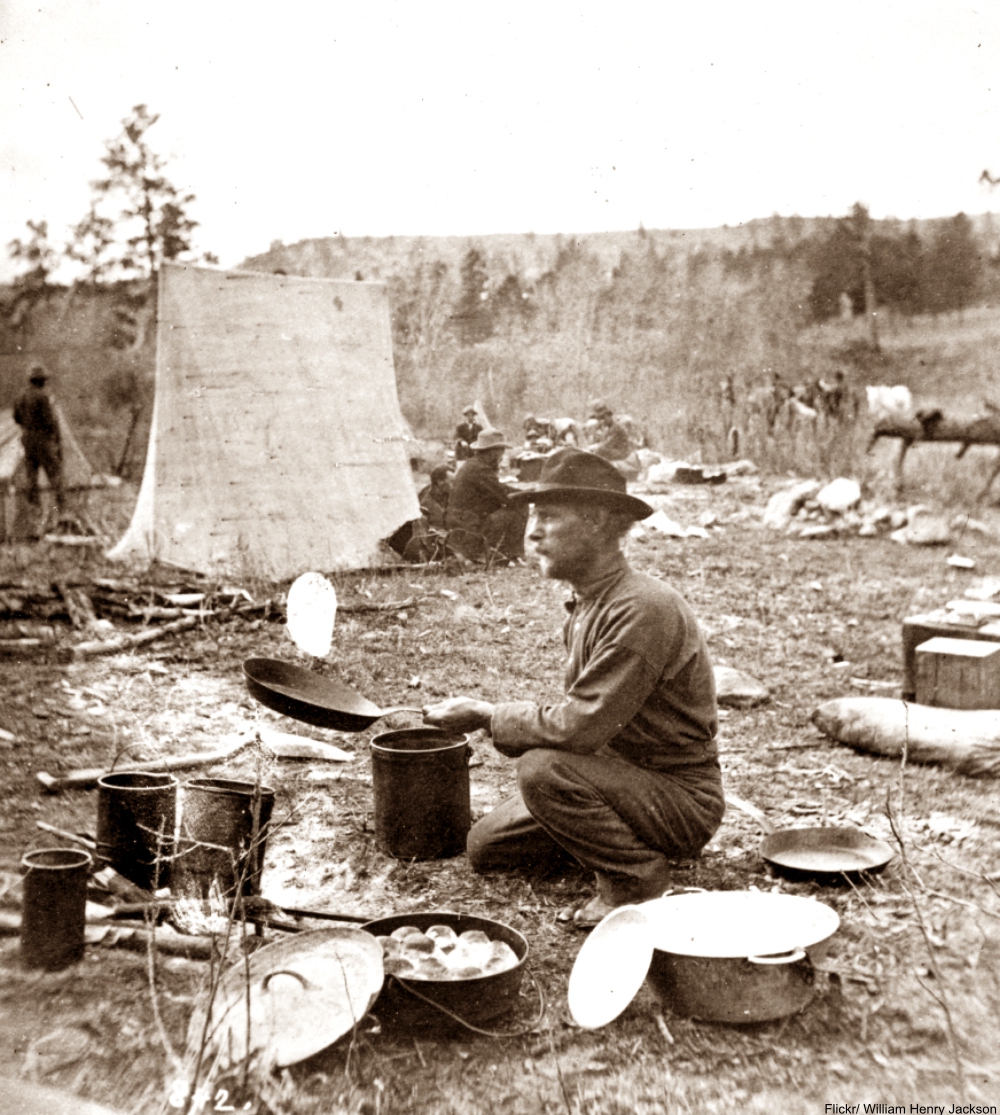 Often averaging 15 miles traveled in a good day over hard terrain, exhausted oxen were a common sight. In order to ease the burden on their animals and make difficult passages easier, many families dumped their belongings along the trail. So prevalent was this dumping that when it came time to part with supplies, no resale market could be found. Settlers either could find what they wanted for free disposed of on the trail. But, it just as likely that they were also trying to lighten their loads and would buy only those supplies which they were most in need of.

Taking in some cases the better part of a year, the overland journey out west was a tragic time for some, while others found the prosperity they were seeking at the other end of the long Oregon Trail. If you love this era you can find some very interesting pioneer recipes right here.