Finding piles of old documents can be a chore, but it can also be a wonderful insight into what our parents’ lives were like. Old grocery lists, army papers, or scrapbooks can be windows into the world of the past. A recent trend on social media has been making the rounds and it’s really interesting. People have been posting their parent’s and grandparents’ old hospital bills from when they were born and the prices are shockingly low. 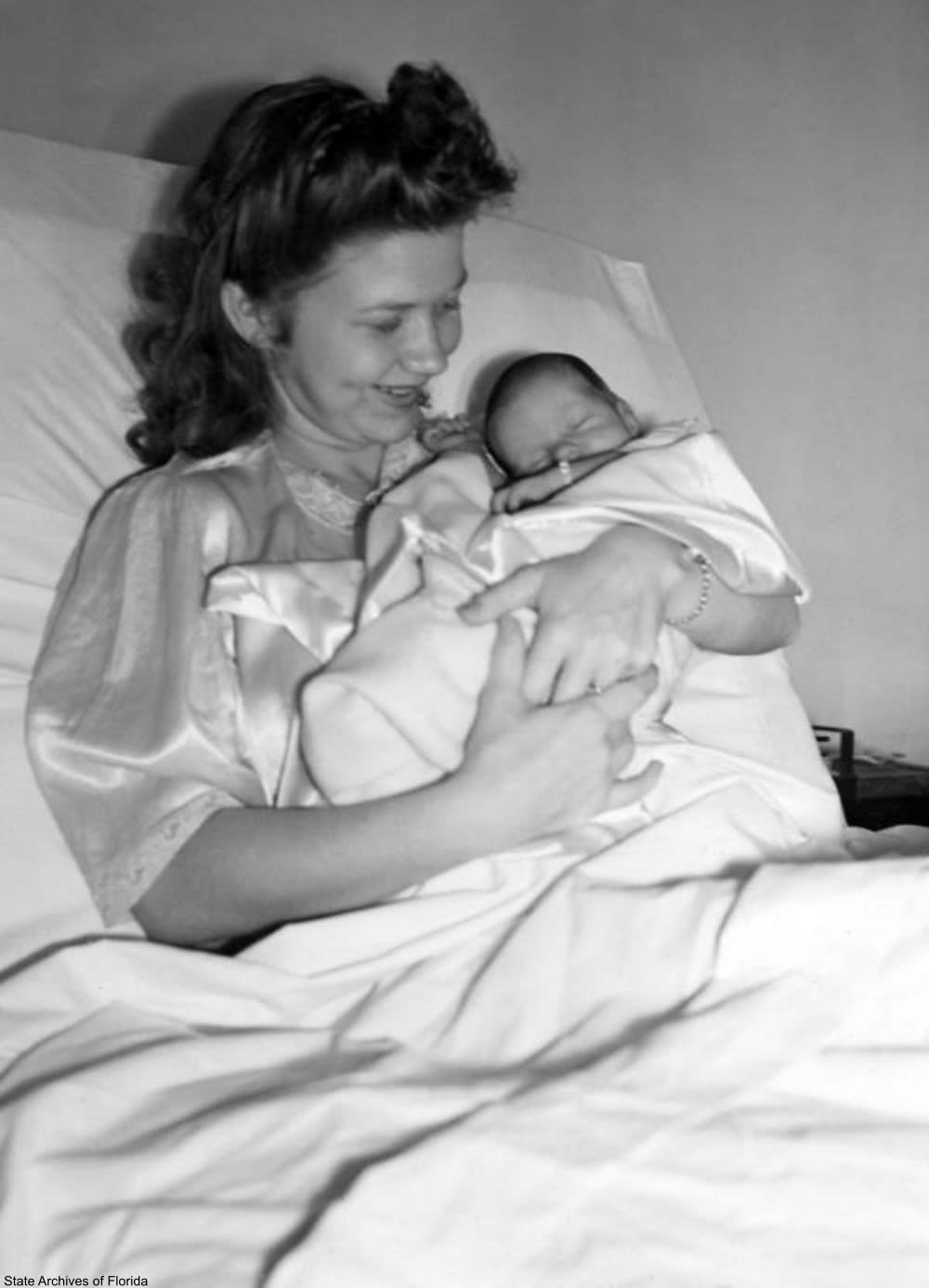 Today, a birth can be a hugely expensive undertaking. Hospital charges can be hard or impossible to calculate beforehand, costing thousands of dollars or more and there are surprises at every turn for some patients. A couple in Utah in 2016 was charged $40 on their bill to simply be allowed to hold their new son after he was delivered via c-section.

But, flash back to previous eras and you’ll find simpler bills and much, much lower costs for a hospital stay after a birth. The bill below is from the 1950s for multiple days stay. The cost after insurance was $10.75 and that included oxygen and an incubator. $10.77 adjusted for inflation today is $101.96.

Elaine just had to share this…her grandmother’s hospital bill from her mother’s birth in the late 1950’s. Four nights stay for a vaginal delivery and total bill of $185 (patient responsibility was $10.45). What a steal! #vintagehospitalbill #affordablehealthcare #incubatorfee

One of the commenters on the image below said his grandparents’ bill in 1936 was $36.00 which they paid 50 cents a week on until the entire bill was satisfied (which would be $659.42 total today).

In 1954 one couple in North Dakota was charged $99.84 with $2 listed for x-ray services (as posted to Reddit). That same charge today would be $938.18 adjusted for inflation. A manufacturing job at the time would have yielded on average $71.86 per week or more.

Among the possible charges listed (but not used) is the hospital barber! 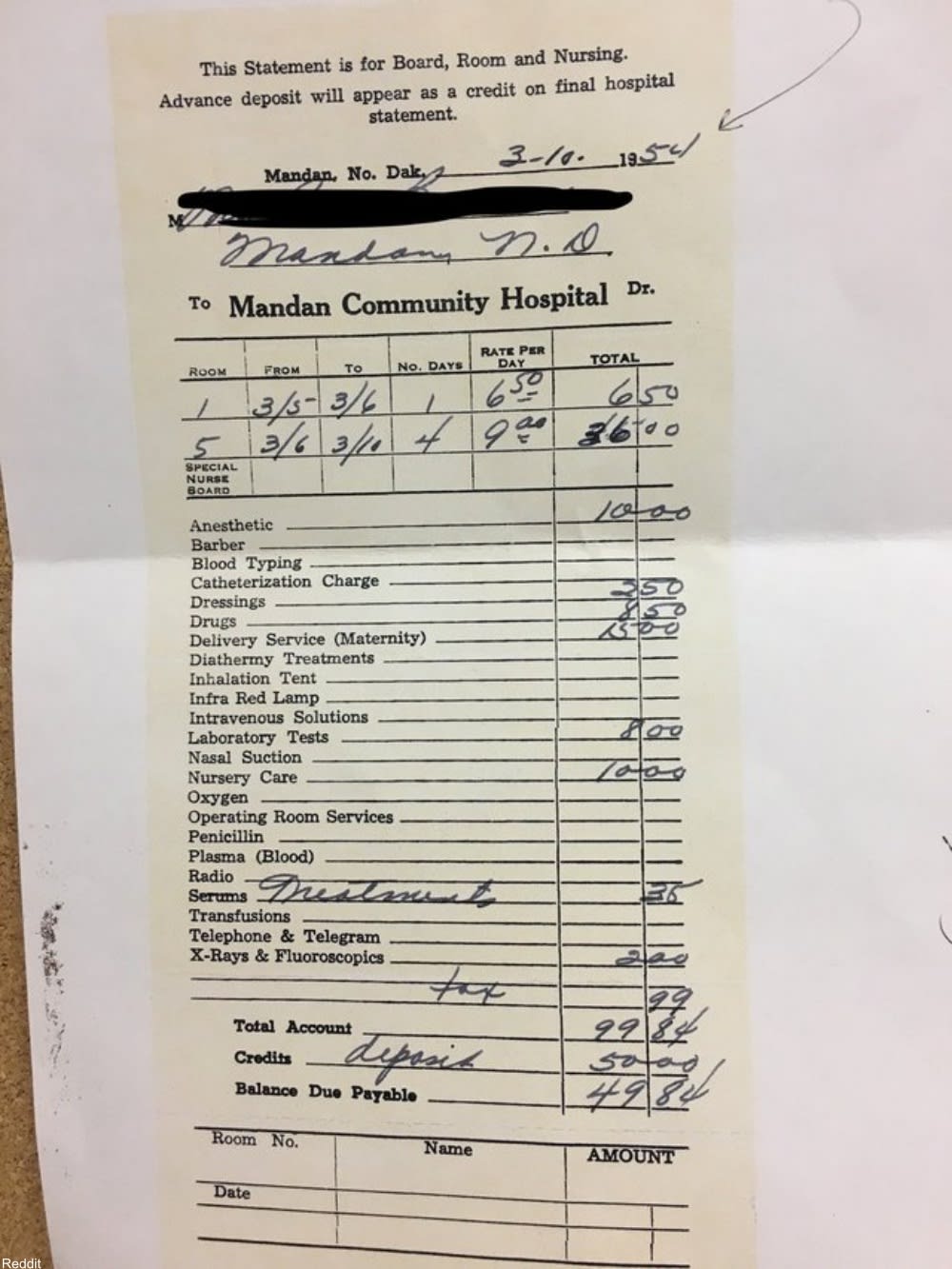 A commenter on this image recounted their wife’s recent 7-day stay in hospital for a birth as a staggering $112,000. 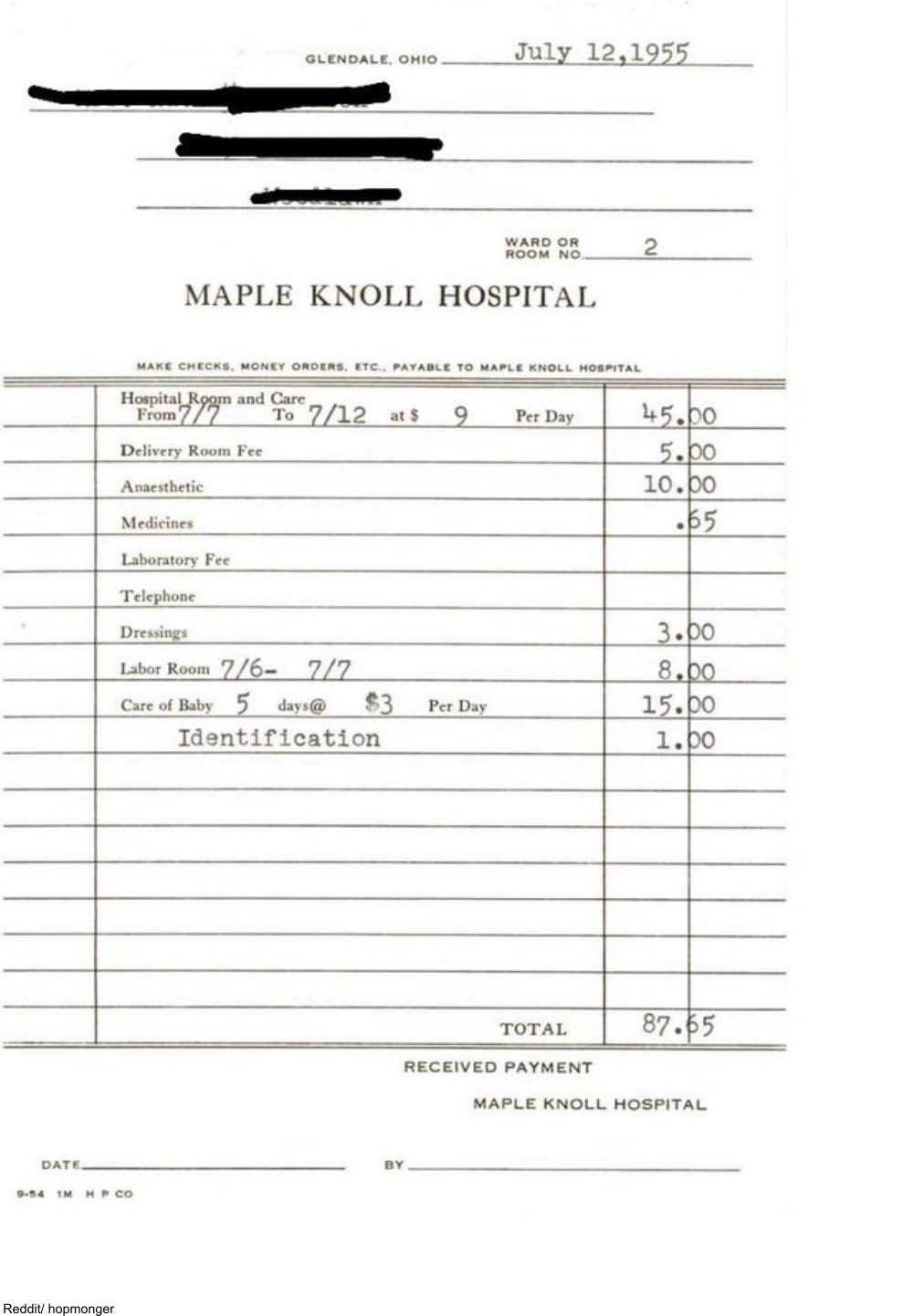 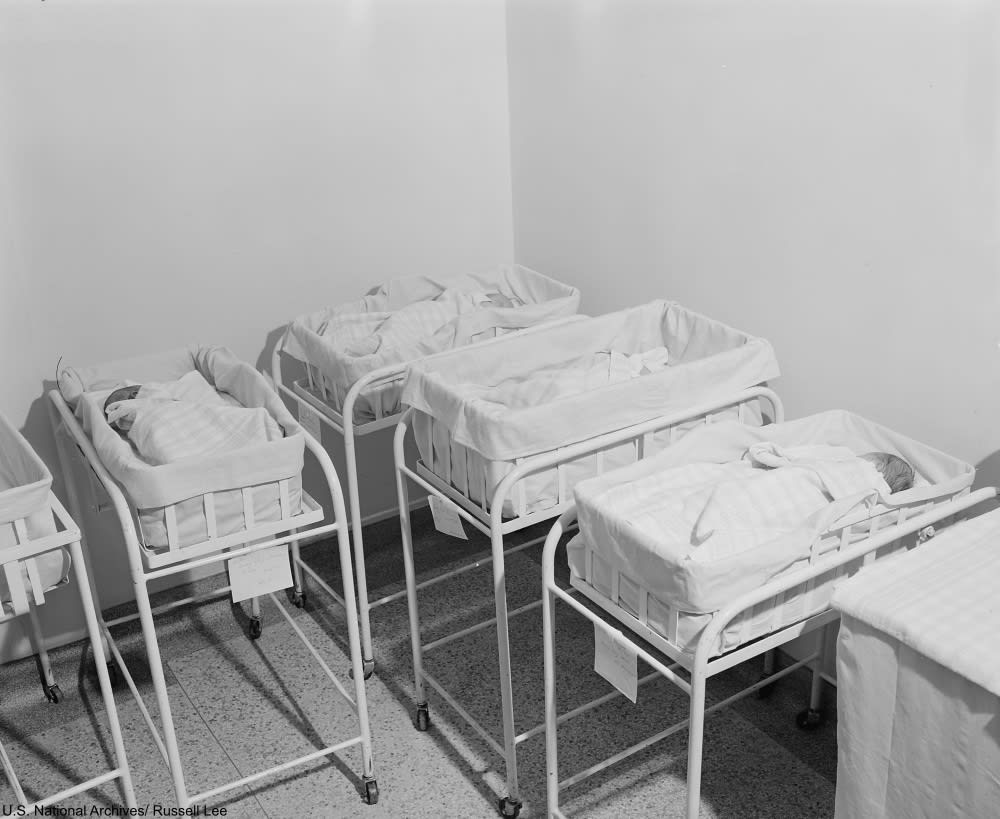 It really makes you think: if having a child cost as much as it does today would those patients billed above would have been able to afford having children at all?

Old fashioned baby names that are making a comeback: Click “Next Page” below!