There are so many little details that make a kitchen the heart of the home. Of course it’s where all the cooking and baking magic happens. But, there is also something really fascinating about the physical details that were found in old kitchens. Today, many folks try to mimic the vintage style of old kitchens, but there are a few quirky details that you just don’t see anymore at all. 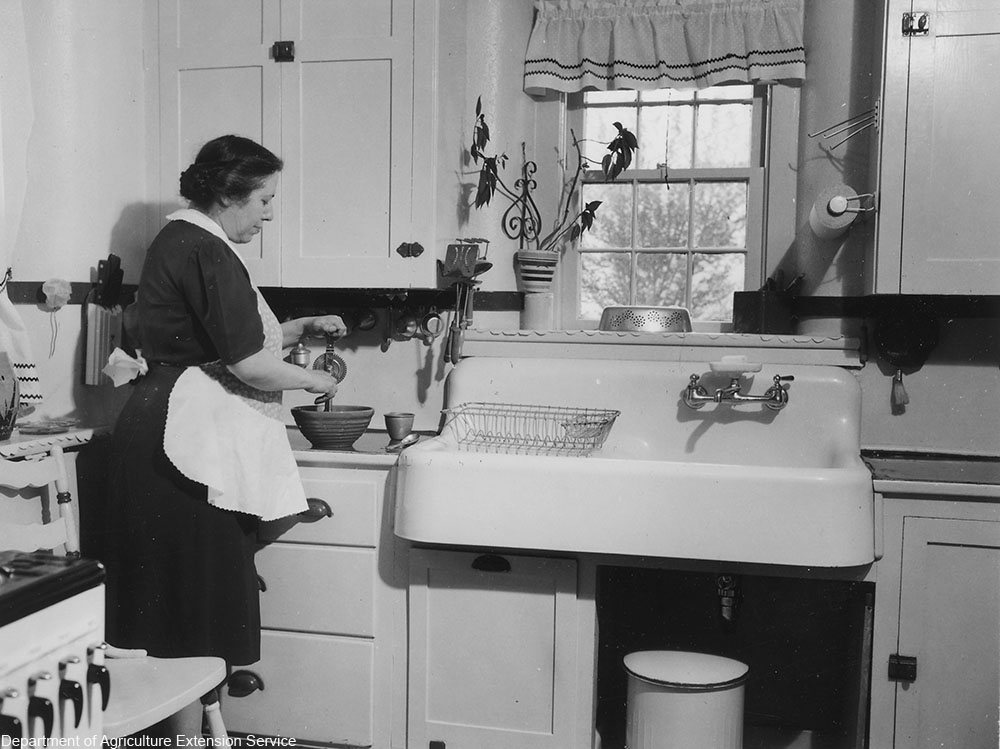 Much like push button car radios caught on in the 1960s, so did push buttons for stovetops, like the GE Liberator seen below. This style didn’t last all that long, but it was satisfying to push the buttons. 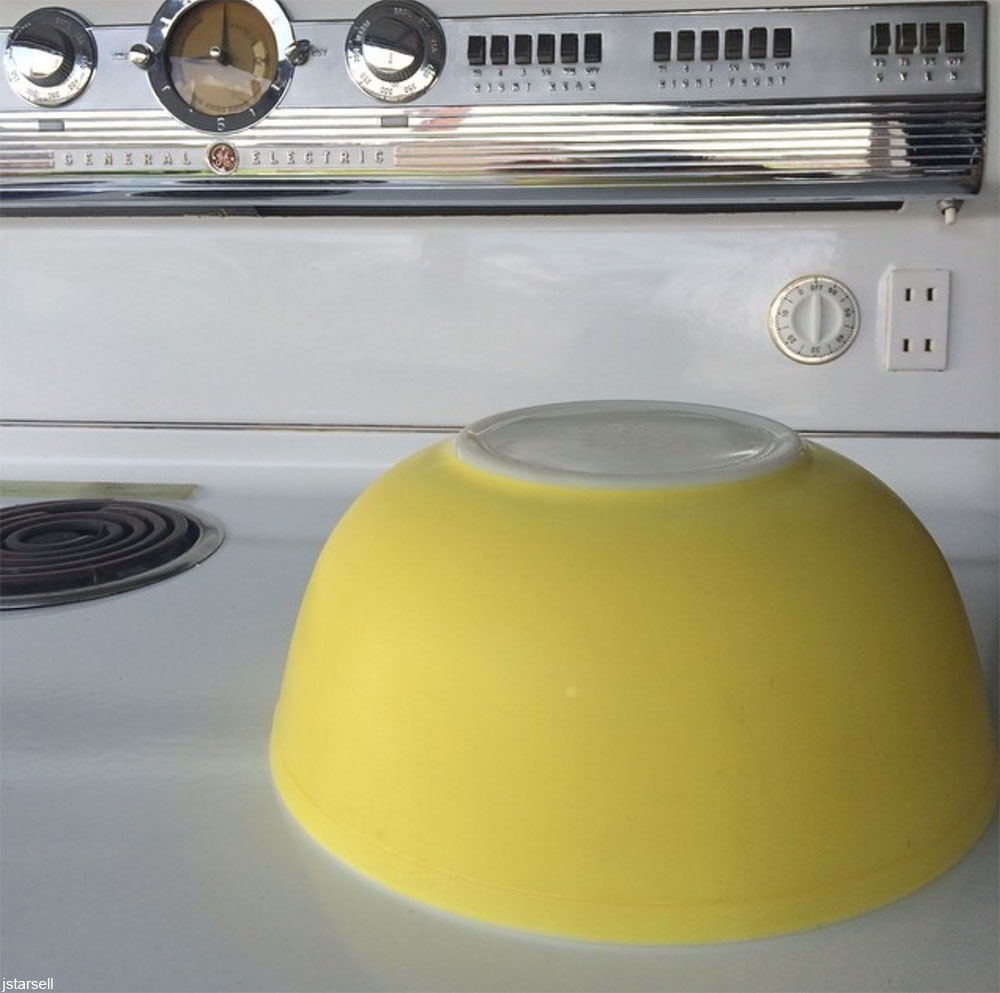 Another style that didn’t widely catch on were unconventional configurations of cabinetry. While the pass through was a very common home feature during the 1950s and 1960s, it was extra special when there was a built-in china cabinet to sort of delineate between the dining and food prep areas. 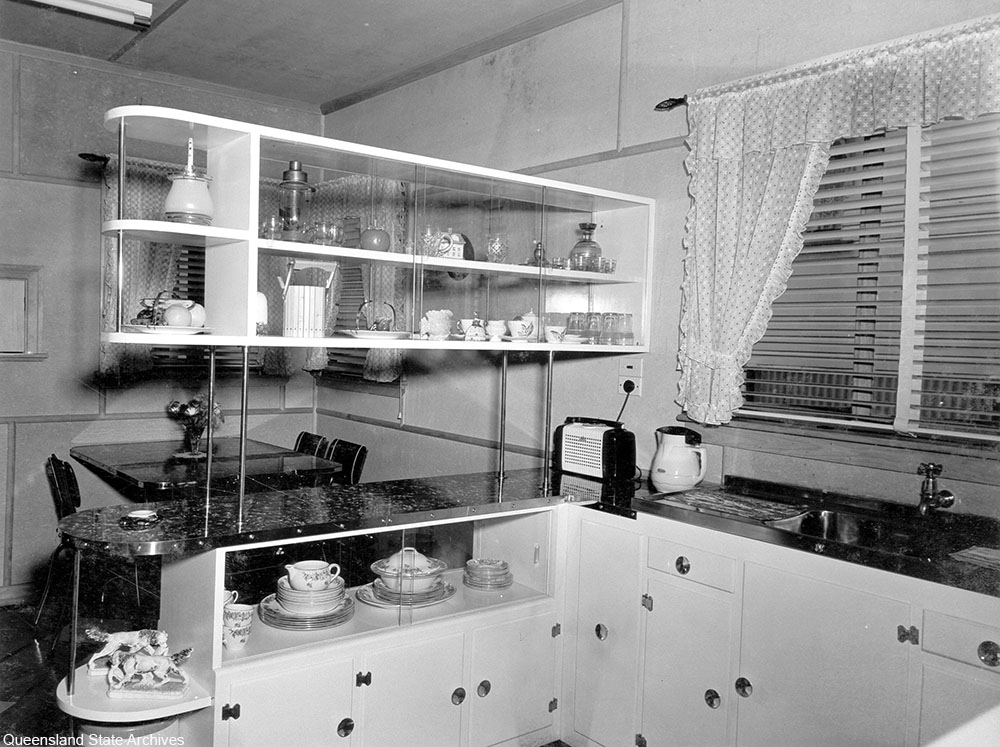 Today many of these types of kitchens are in bad repair, but we still can’t help loving the look of vintage tiled kitchens. There was something so quaint about the black and white or yellow color schemes in particular. This trend was popular in the the new “sanitary” kitchens of the 1920s and 1930s, but caught on again in the 1960s. However, today it would be extremely rare to see a new kitchen or a remodel where tile was used for the countertops. 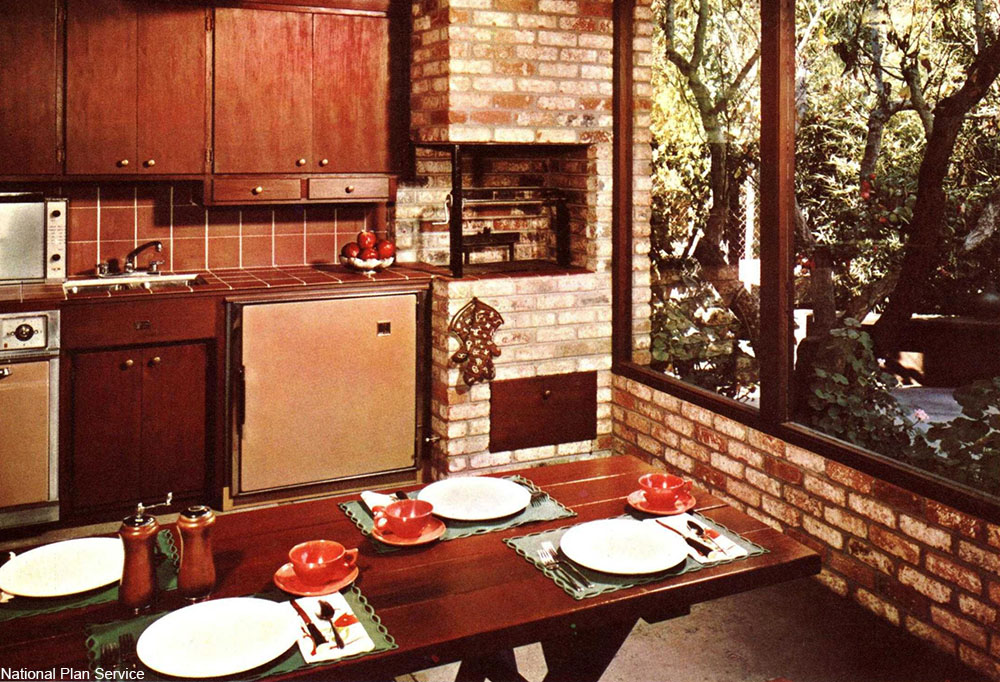 We’ve all seen the pull-out bread boards. But, what about a rolling pin drawer? Yes, there was a time when this tool was so crucial to the kitchen that one needed easy access to it everyday. My how times have changed! 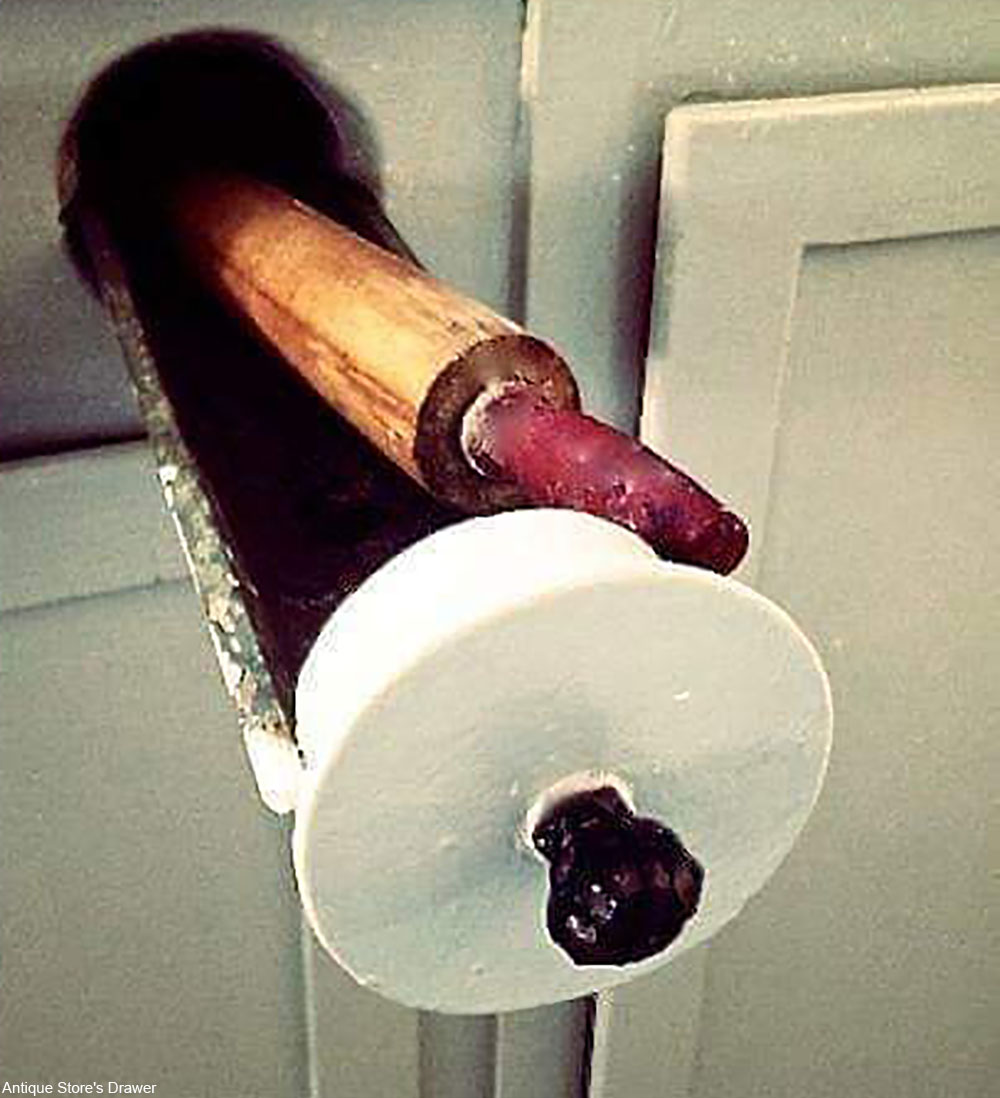 Beginning in the 1910s the breakfast nook began to climb in popularity. Houses for the growing middle classes were often small, and a place to eat in the kitchen was much appreciated. Some of the most common early models were made from pine, but into the 1950s there were diner-style seats with chrome edging on the table. Each of these styles has its own charm. 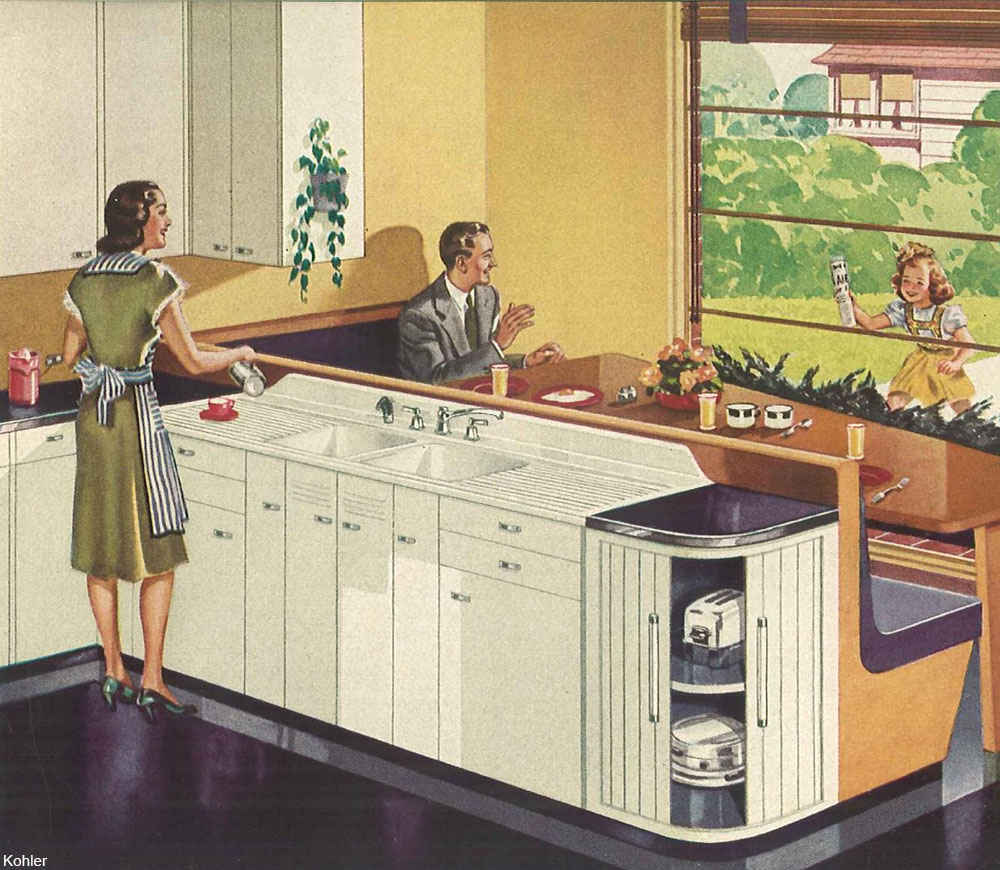 Another trend we miss is the scalloped woodwork that so many kitchens used to have. Along the top of the window or the tops of cabinets, this homey feature was once a common design element- particularly between the 1940s-1960s. Today, most people rip out these decorative elements when they do a kitchen remodel. 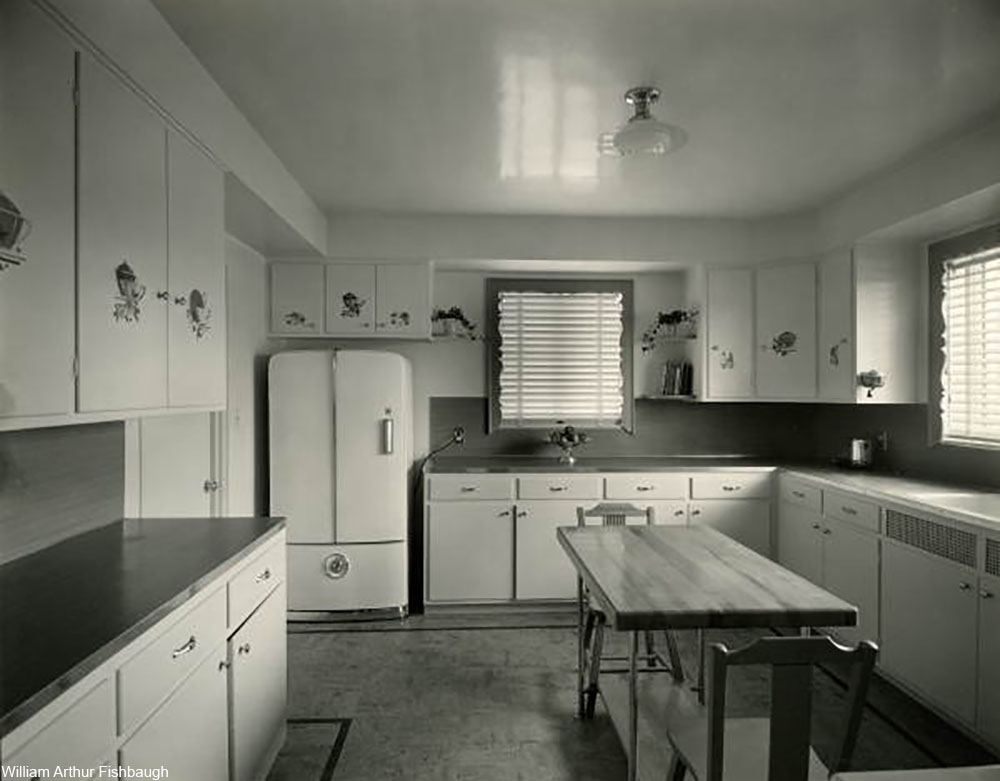 It seems there’s never enough space for everything in the kitchen, so it’s nice when there is a dedicated space for something. The old kitchens sometimes had built-in shelves for cookbooks. It’s something we’d like to have more of today! 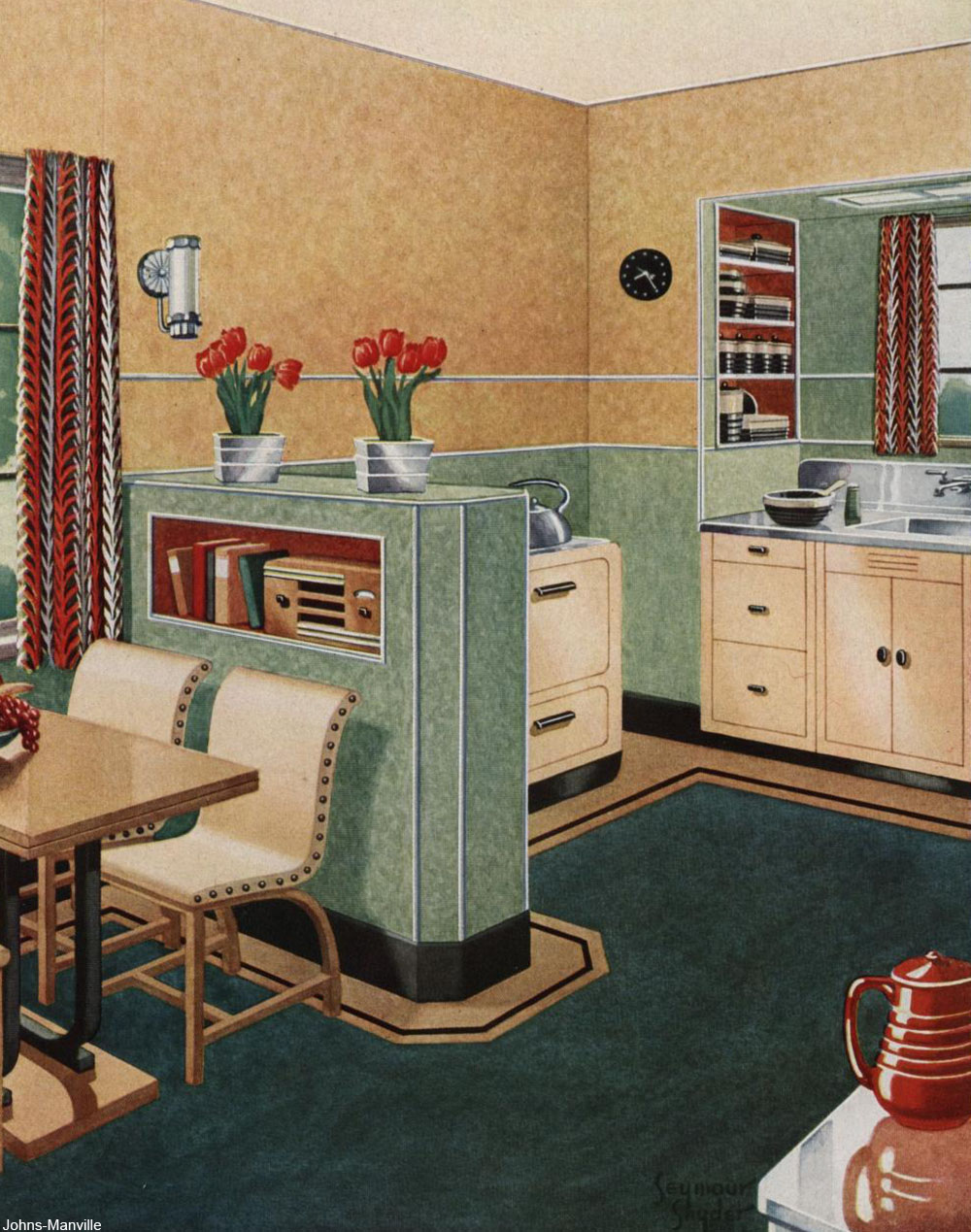 There was a time when dishwashers were not the norm at all. In these kitchens a big sink with built-in draining board was the solution. Even though we can just switch on the dishwasher nowadays, we still can’t help but admire these mammoths. Those huge sinks were not only useful for larger chores, they sure were pretty to look at. 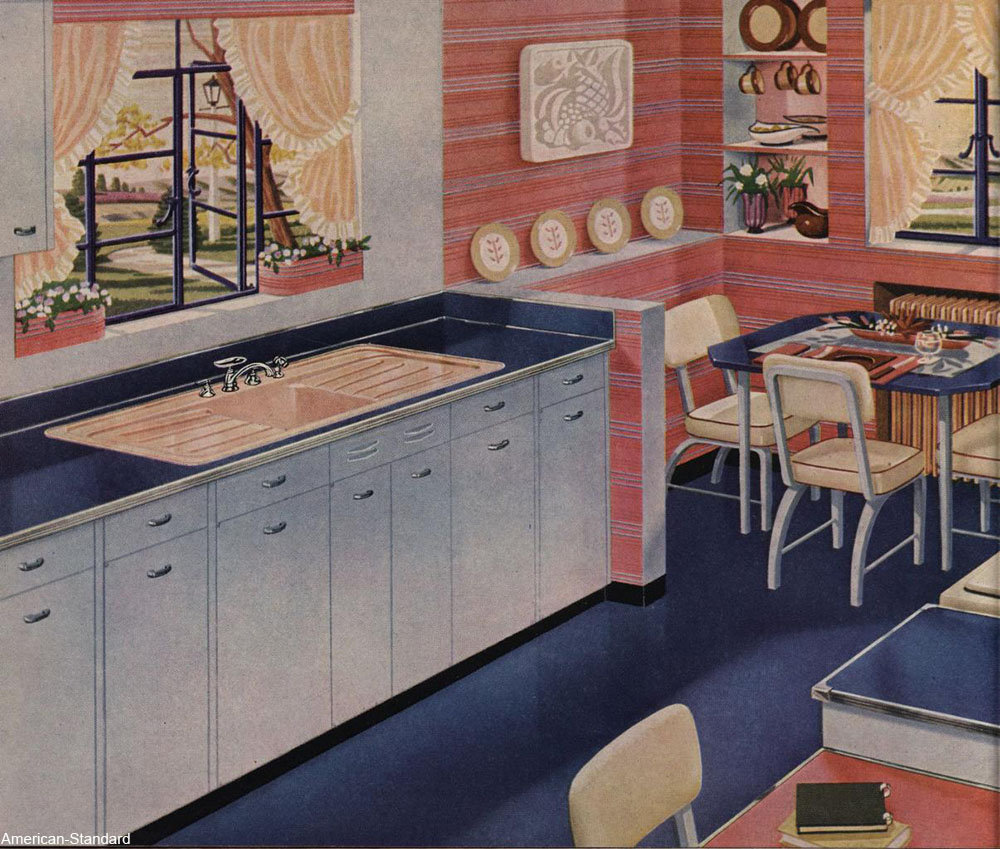 They still make these units today, although they aren’t that common. The Dishmaster was the dishwashing wand that helped many women, before dishwashers were standard, to get through that mountain of dishes in a hurry. The brush/ sprayer combo was revolutionary at the time. And, they do look pretty futuristic! 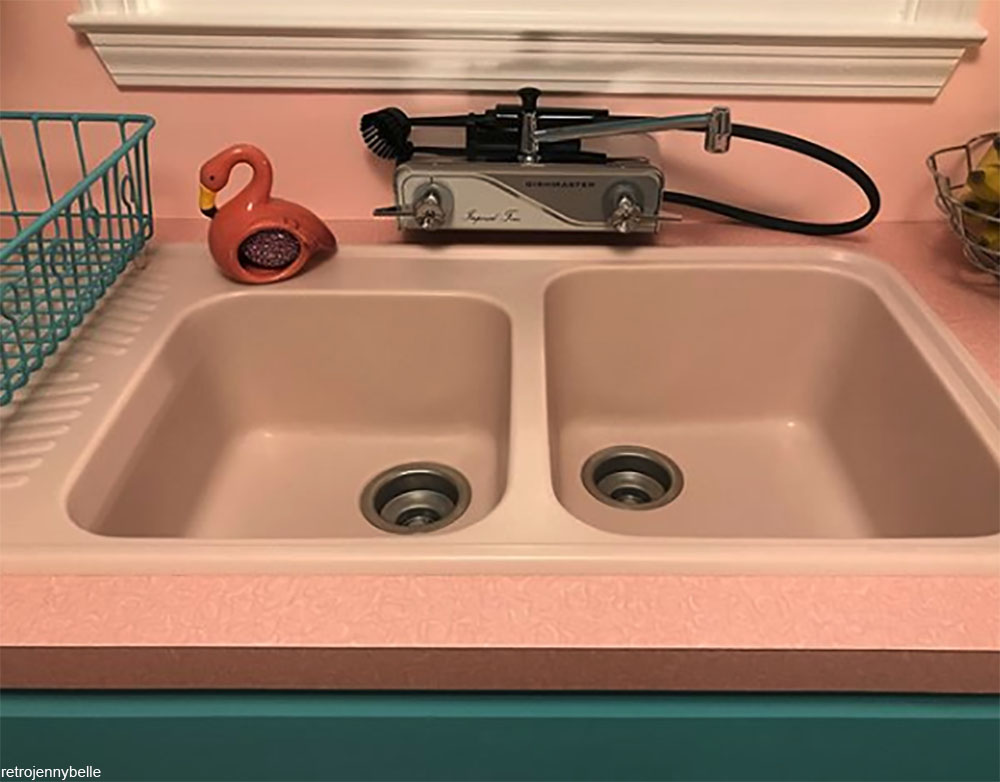